The State of Cannabis-Growing Literature 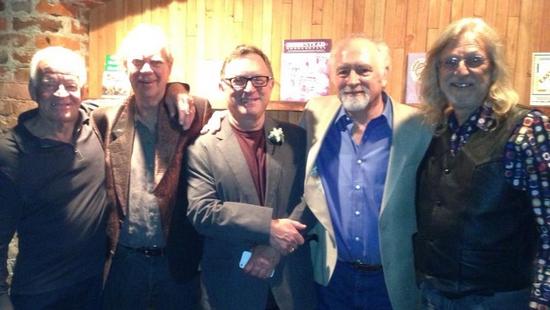 Ranter James Rousch recently lamented that Garden Literature is going Up in Smoke, based on his count of 87 pot-growing books currently on offer at the local Barnes and Noble.  I recently read one of them myself (to review, I swear!) – the excellent Supercharged from Timber Press, which quotes writer Tom Alexander on the subject.  I’d met Tom at a GWA symposium and found his vitae pretty darn interesting – especially his 10 years as editor of the pot-growing magazine Sinsemilla Tips.

So I asked Tom about the state pot-growing literature and here’s his report:

The state of Cannabis journalism is healthy. More books than ever and even though there is so much free info on the web, authors are still selling a lot of books. I know most of the old time authors (Ed Rosenthal,  Jorge Cervantes,   Rob Clarke, and Murphy Stevens) and they all have sold between 500,000 and 1 million copies each of their numerous books. People don’t realize how Cannabis has proliferated into mainstream worldwide. If the money from domestic Cannabis wasn’t flowing through the coffers of America we would be in a depression, not a recession. Back in 1985, the University of Oregon graduate business school did a study on just Oregon’s pot industry and estimated it was worth $1 billion back then – Oregon only, 27 years ago – and it hasn’t gotten smaller, only bigger nationwide in every state of the Union.

This was getting good.  I asked for more details.

I’ve been interviewed in the past few years as an expert from my days of publishing Sinsemilla Tips – sort of one of the grandfather’s of the Cannabis movement. During my ten years of publishing ST, I was a guest on Donahue, Nightline, Geraldo, Today, CBS Morning News and hundreds of radio shows and newspaper columns.

Before I published Sinsemilla Tips I did grow quite a bit of cannabis in the mid to late 70s and got arrested in 1979 with 2,124 plants in Oregon. Charges were dropped due to a faulty search warrant and then the police were arrested themselves for stealing the no longer needed evidence.

What a hoot!  I still wanted more, so I called and in our chat Tom had lots of stories about ABA conventions back in the day, when these MJ cultivation legends were famous for their after-hours parties.  Somehow, rock musician/authors always found them.
Tom recently relocated from Oregon to Sacramento to join his fiance there and has this report:

I like it here because you can grow citrus and avocados with only an occasional light frost some years. I went from 4.5 acres to ¾ of an acre. I have been landscaping the backyard pool area which had no plants, just cement everywhere. It is looking a lot better!

I immediately got my medical marijuana card when I moved here (love going to the dispensaries and getting edible goodies and creams that help with aches and pains) and grew cannabis in the landscape. I am thinking about doing a book on that subject because when it is legal it will be a landscape plant. It comes in different colors, purples, blue hues, reds, light lime greens and different sizes…it is a lot like cleome (which Proven Winners had at GWA in Tucson, a very nice new Cleome that was compact with smaller size flowers.)

Read more about Tom here or here.  You can still buy Best of Sensemilla Tips.