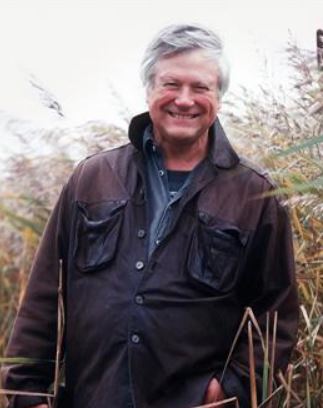 Since it is the most interesting book I’ve read on renegade plants—OK, it’s right up there with the most interesting books I’ve read on any kind of plants—I thought it would be good to wind up our coverage of Weeds with a Richard Mabey interview. I sent Mabey a few questions, and he responded (if not quite at the length I could have wished). But he also said he was eager to get going with his next book.  Sounds good to me.

My questions in italics.

My take on your book is that it is far more an appreciation than a defense of weeds. I think you convey a great sense of the discovery and fascination with which we encounter these plants, but I do not think you’re trying to make a serious case that we should nurture them (or at least stop fighting them). Thoughts?

This is so—in  the main. I was boxed into a corner by ECCO’s [Harper Collins imprint] subtitle—that combative “In Defense Of…”.  The original UK subtitle (mine) is less polemical: How vagabond plants gatecrashed civilisation and changed the way we think about nature, which I think better expresses the fact that the book is  “a cultural history” (the UK publisher’s original, if deadly) dull subtitle.

Having said that, I think there are large numbers of situations where we should, if not literally nurture, at least positively encourage weeds for their ecologically healing behaviour: eg, as hosts for pollinating insects round crop fields, on riverbanks which are eroding because of lack of vegetation, on any sites of dereliction, where weeds hide scars, create new soil, act as pioneers for more sedate vegetation…etc.

I imagine if you were writing your book as an American, there would be much more time spent on lawn obsession. Could you speculate further on why this is so prevalent in the U.S.?

That would be impertinent of me as a limey! I think what I say in the book pretty much exhausts my view-from-a-distance.

And following up on that, we’ve (Garden Rant) also interviewed entomologist Doug Tallamy, who maintains in his book Bringing Nature Home that the suburban monoculture of turfgrass and alien foundation plants is a major obstacle to any hope of regaining biodiversity. He stresses planting native trees and shrubs (mainly) as a way to support diverse forms of wildlife. Are you familiar with his work, and, if so, your opinion of it?

No, not familiar with him, but with the argument. Certainly native plants are better for native animals, but I’m surprised to hear an entomologist come out in favour of trees: bug-people in Europe spend all their energies fighting for open habitats – grasslands, heath, light scrub, bare soil—all (in Europe at least) proven more [conducive to] biodiversity than temperate tree-land.

There has been somewhat of a backlash against the native plants movement lately. Your thoughts?

Really? Can’t imagine what the reasons for that are. It is exactly the opposite here, with native plants now regarded as an essential (almost obligatory) part of any ethical garden plan. Again, I must add qualifications. In urban areas there is a much more tolerant attitude (which I support myself) towards even invasive aliens, which are seen as the proper (“natural” even) flora of a cosmopolitan environment where the native vegetation has been disestablished for centuries.

I have to return to the qualified awe and informed appreciation with which you approach weeds. For me, it is the best thing about the book.  Are there any cultivated garden plants that come close to inspiring those feelings?

Thank you for that. All plants inspire me with their intelligence and inventiveness and beauty. But cultivated plants are, by definition, beholden to us. They’re pets. Weeds (by definition also) defy our attempts  to order nature.

What I love them for is their resilience and obstinacy and regenerative power—and the blissful paradox (the weed world is full of paradox) that despite the fact they need us to exist, both physically and philosophically, they will not play by our rules.