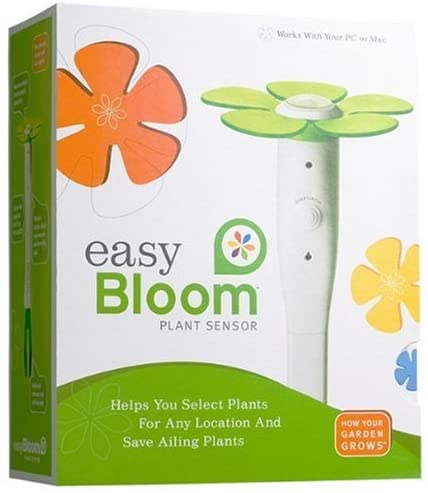 Dear Companies Whose Products We Discuss on GardenRant,

If you’re going to post a comment in which you pretend to be an ordinary gardener who likes the product your company manufactures, thereby defending the product against the scorn or derision that has been heaped upon it by GardenRant and its readers, be sure to hide your IP address first.  Otherwise, you could find yourself in an embarassing situation such as the one faced by “Ben,” who posted this comment from a computer registered to PlantSense, the company that invented and licensed this gadget to Black & Decker.

“To each his own I guess. I have one and found it very useful. I’m also a really inexperienced gardener and had lawn care as a priority below my son, my job and our new house that needed a ton of remodel work. Just the reminder to water my roses was useful, and the monitoring of when to fertilize them was really great. Id love to be more naturally in touch with what our plants need, but as someone who had never been responsible for a garden before this year is was great.”

I’m going to guess that Ben is senior software engineer Ben Newman, given that he posted a link to his personal website, which says that it’s owned by Ben Newman. But anyone could have done that,right? What we do know is that he posted the comment from a PlantSense computer, as shown by this IP lookup:

Ah, what joy this gives me.  So often, when we get fake-sounding comments that seem to have been posted by someone inside the company, they put just enough effort into concealing their IP address that we can’t be bothered to get to the bottom of it.  But PlantSense has given us the gift of an obviously fake comment and an easy to look up IP address.

So here’s the thing.  We’re happy to see posts from people who actually work at the company and have something to say about their products or services or ideas or whatever. Tell us what other customers have said.  Tell us about experiments you’ve conducted with the product. Or something.  That’s a real conversation.  But don’t post a “gee whiz, I’ve got one of these gadgets and I kind of like mine” comments as a way of pretending to counteract actually feedback from real gardeners.  Who benefits from that?

Now, it may well be that “Ben” actually does appreciate EasyBloom’s reminder about when to water his roses, but “Ben” probably also appreciates the paycheck EasyBloom provides, so that belongs in the comment, too. I’m sure he was just trying to do the right thing and, having never been forced to sit through one of those dreary social media PR class, didn’t know that he was committing a breach of blogging etiquette.

We’ve seen tool manufacturers go back and redesign a tool after our readers said it didn’t fit in their hands or caused fatigue or pain after extended use. We have also, of course, heaped praise and adoration upon tools, plants, bulbs, and seeds we love.  I mean,there is some benefit to getting real feedback from real gardeners.

Thanks for playing, EasyBloom.  Our series of posts on this product have gone from snarky to reluctantly willing to give it a try to a reasonably fair-handed discussion on our Cocktail Hour to begrudging interest in at least one of its features–and right back to snarky. Nice try, folks!