The White House Grounds are Greening 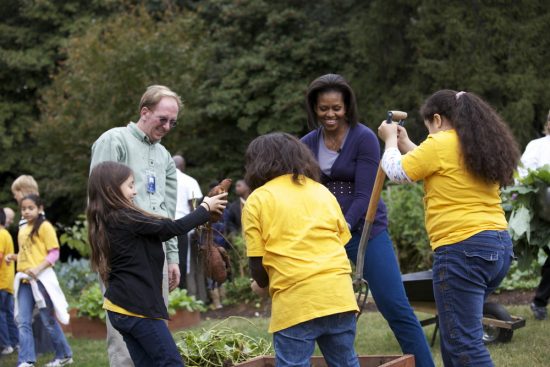 Now I’m as happy as the next gardener about all the kitchen-garden news coming out of the White House this year.  Mrs. O’s laser-like focus on healthy eating is right-on – nothing’s more important than that.

Okay, I’ve said all that; now I’ll return to my usual schtick – low-maintenance, more sustainable landscaping.  When I was contacted by an aide to the First Lady-Elect about my ideas for a kitchen garden I was so excited, I kind of forgot to tell her I know nothing about kitchen gardening.  Volunteered to compile some suggestions, though – for the whole 18 acres.  (They may have gotten me confused with someone who actually had ideas for a kitchen garden, but really, would you have told them that?) 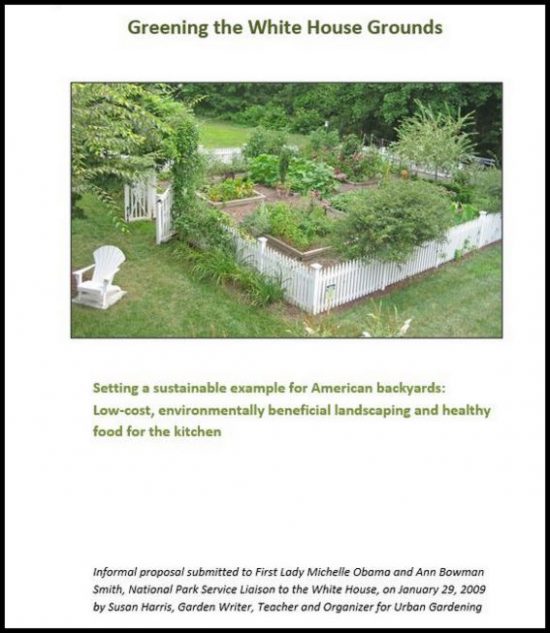 So I called everyone I know and wrote up my proposal for Greening the White House Grounds, including the suggestion that they adopt the Sustainable Sites Initiative landscaping practices and make a big splash of it and educate us Amuricans to at least stop “greening-up” our lawn in the spring, arguably the most harmful of all gardening practices.

A year and hundreds of news reports of the kitchen garden later, I’ve never stopped believing that this White House would change their ways, starting with stopping the (presumed, not proven) overfertilizing that’s polluting the Chesapeake Bay.   And their hiring of Jim Adams (pictured above) as the top Park Service horticulturist there has only fueled my optimism.  He’s not old-school; he’s totally up on best practices and was transforming the gardens at the British Embassy in his last job.

Greening ALL Federal Facilities
Then in September I went to DC’s GreenFest, met the guy appointed by Nancy Pelosi to Green the Capitol, and learned from him that Obama had created an office within his own environmental staff to be in charge of greening all government facilities. Omigod.  So I run to the website to see if there’s anything there about the landscaping – not a word.

Long story short, I passed along to them some examples of progressive landscaping within the government – at GSA, the National Arboretum, and the Botanic Gardens – and hope to see them all talking to each other.  (What I found curious in all this was that none of the agencies I talked to had heard of the green-the-federal-government initiative!  I know; it’s a big government.)

But Back to the White House
More big news, something I learned in talking about all this is that people on the White House garden staff ARE talking to the Sustainable Sites Initiative folks!  Those consultations are already in progress. It’s happening.

It’s been a week since I heard that and I’ve calmed down enough to say to the First Lady that there’s no need to expand your focus (as we know everyone’s been urging you to do, me included).  Heck, news about the South Lawn and the Rose Garden will get plenty of news coverage even without your involvement.  Just send Jim out to talk to the cameras or give a certain garden writer a tour,  and put the full scoop on the White House Blog.  And thanks!