At the White House, it’s time to Green the View! 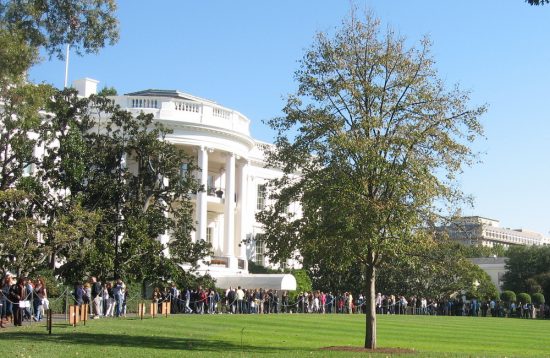 Kudos to the Eat the View project that’s petitioning the Obamas to grow a Victory Garden at the White House.  Led by Roger Doiron of Kitchen Gardeners International and including Michael Pollan and the good folks at Gardeners Supply Company, Eat the View has gotten gobs of publicity for the cause, and Obama himself has said that he’s read about the project (via Pollan’s NYT piece).  Our prez-elect has also declared his intention to “green the White House.”  Exciting stuff!

On tours at the White House, one can see flowers such as tulips, hyacinths and chrysanthemums in the East Garden.  Plants that can be seen in the Rose Garden include magnolia trees, Katherine crab apple trees and a variety of roses. 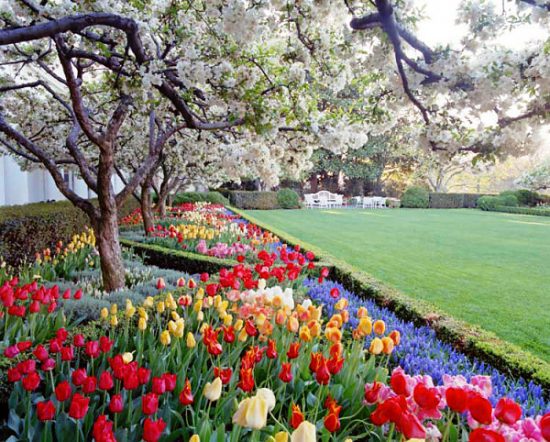 And photos show – no surprise – thousands of bedding plants like spring bulbs and annuals.  Yeah, institutional gardening from the ’50s.  And asked what changes the Bushes have made to the White House grounds, the grounds superintendent says they’ve added seven commemorative trees.  (Any wonder that didn’t make the Evening News?) The website further reveals that there’s no on-site composting, and the 8-hour job of mowing the lawn is performed twice a week.

Now just imagine what that website COULD say, as soon as a year from now, about the grounds and gardens:

Is this a total fantasy?  I THINK NOT.  It’s all doable, popular, and noncontroversial.  Unlike the greening of the building itself, with its energy efficiency ratings and endless tech-talk, these outdoor greening projects are fun, photogenic, and filled with human interest.  And after seeing Obama’s “green team” choices, who can doubt they’re ready to shake things up?