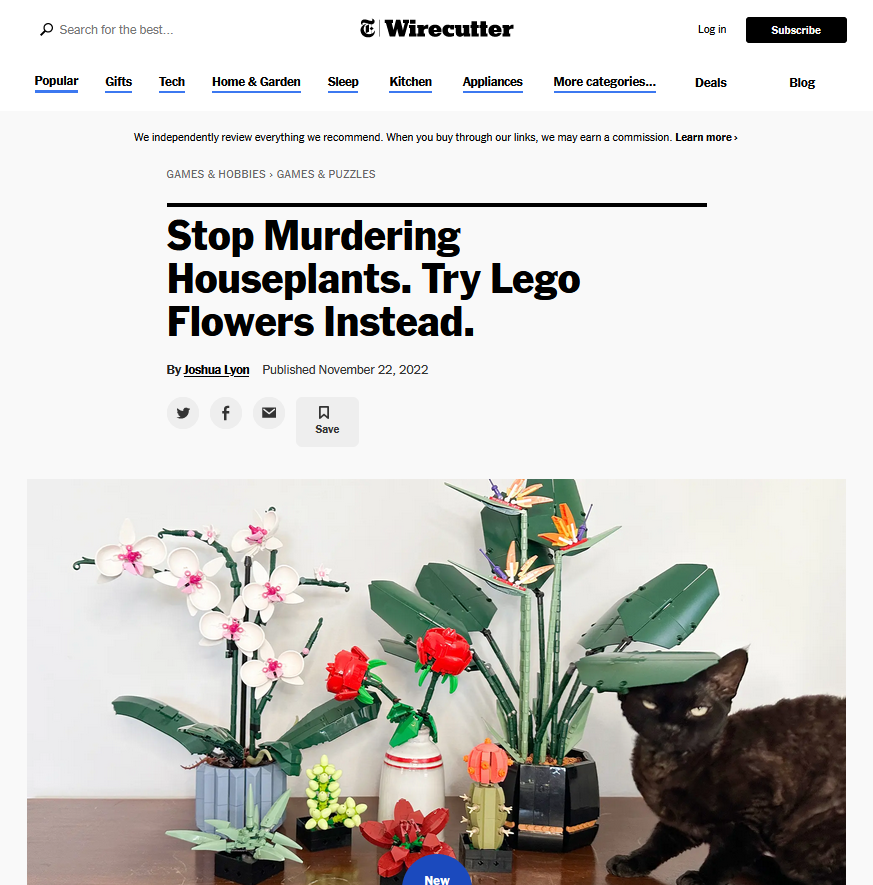 The answer: ME! I’ve murdered enough houseplants in my decades of trying to keep them alive to be curiously open to the idea of fake plants for indoors. So the article  “Stop Murdering Houseplants. Try Lego Flowers Instead” in the New York Times’ Wirecutter section hooked me instantly, with its promise of “plants” that will never need watering or be damaged by bad indoor light and air or by either of my two cats, one of whom looks freakishly like the one in this photo. From the article:

Lego’s line of brick-built flora aimed at adults has a pleasing balance of realism and visible studs. It isn’t out to fool anyone. Here are faux plants that proudly say, “No, I’m not real, but you’re gonna love me—or at least appreciate that someone dreamed me up.”

The Botanical Collection started out as a hobby for Lego designers, who were building plants and flowers only to keep around the office. Designer Nicolas Vás created a bonsai tree to decorate the project area for folks working on the Lego Ninjago series, and friends began asking if he’d build them one for their desks. He’d always hoped one of his horticultural creations might move into production, and when the company decided to create a portfolio of designs specifically for grown-ups, his tree idea finally found a home, along with a bouquet of flowers created by designers Anderson Grubb and Astrid Sundorf Christensen.

The Bonsai Tree was my first Botanical Collection build, so it holds a special place in my heart. The set was notoriously hard to find at the height of the pandemic, and instead of shelling out twice its value on the secondhand market, I practiced the patience of real bonsai cultivators and waited out supply issues until a restock.

The tree comes with adjustable green leaves and a second set of pink and white cherry blossoms, partially made by ingeniously repurposed Lego Frogs. I found the trunk to be a bit unsteady upon my first build—it came apart several times as I worked on the leaves—but I accepted the breaks and rebuilding as part of the process. Again, patience.

Build tip: I love the tree’s endless customization options, like the weeping willow version pictured above that I made with Lego’s Plant Vine Seaweed and Plant Flower Stems. You can order all sorts of additional pieces using Lego’s Pick a Brick page, or you can browse its wall of loose pieces in-store. I’ve got my eye on the drippy pink and purple crystal rods featured in the Avatar Toruk Makto & Tree of Souls set to swap in during Mardi Gras. 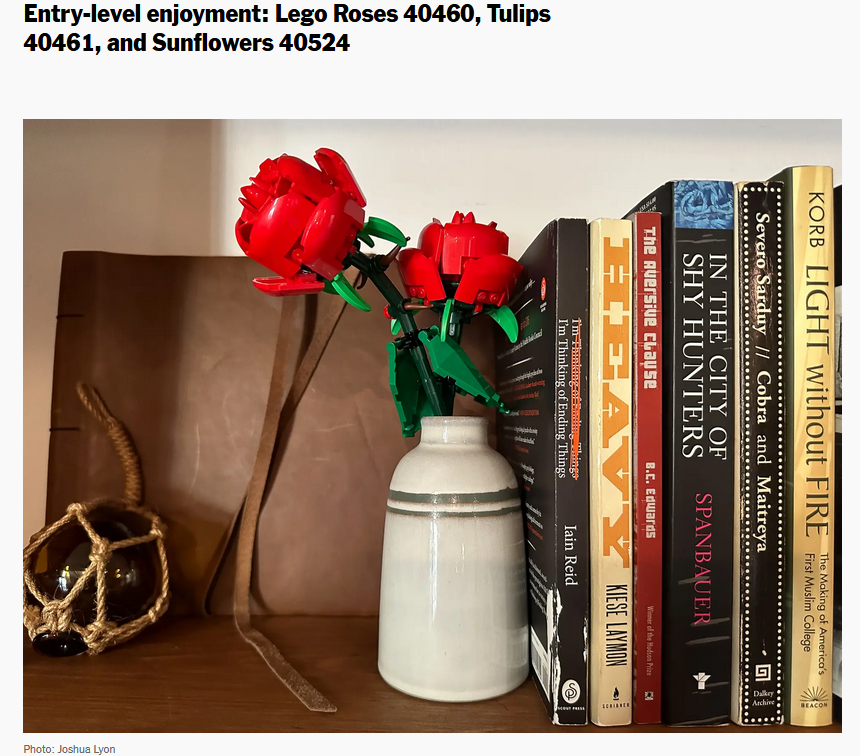 I’ve never touched a Lego in my life but am game to give it a try, though the mention of the Lego rose being “entry level” suggests that I might fail at these fake houseplants even worse than I have with real ones. The rose is only $13 and the tulips $10, so it would be cheap enough to find out. 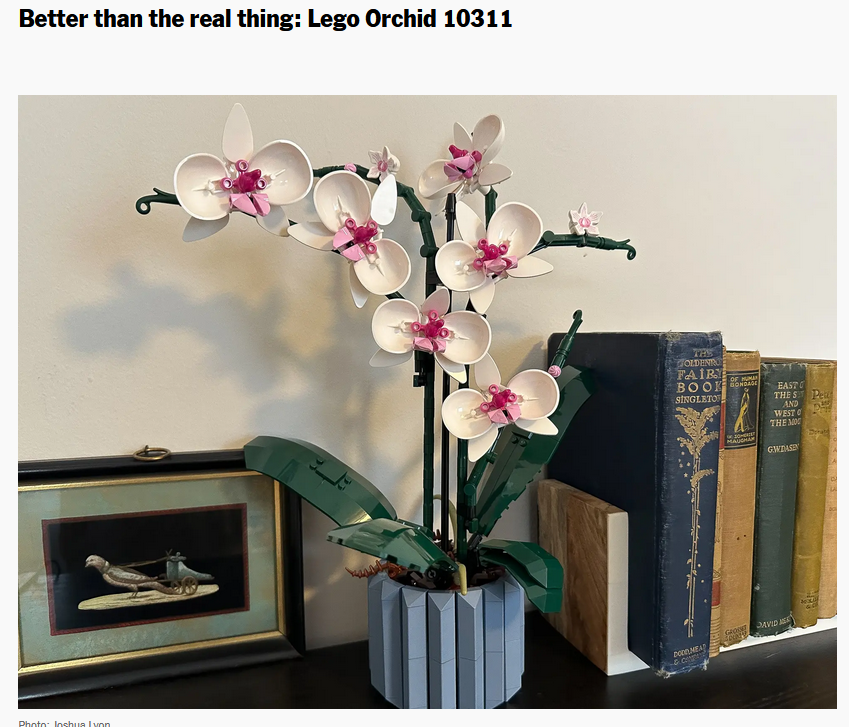 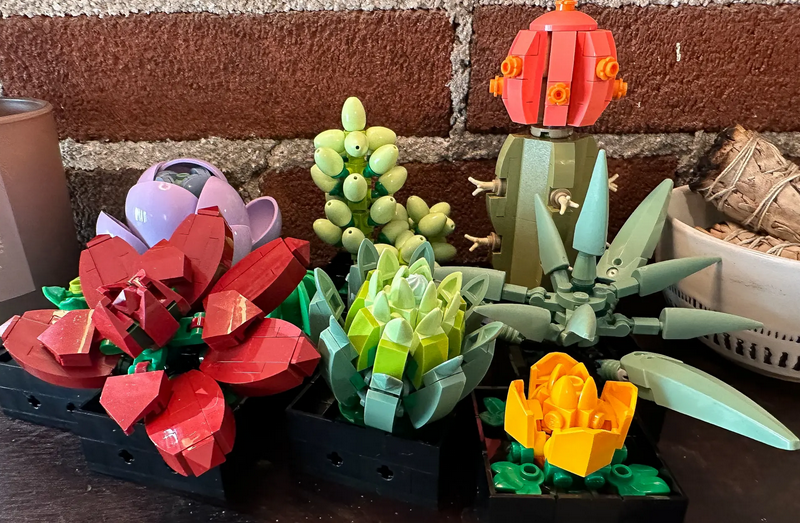 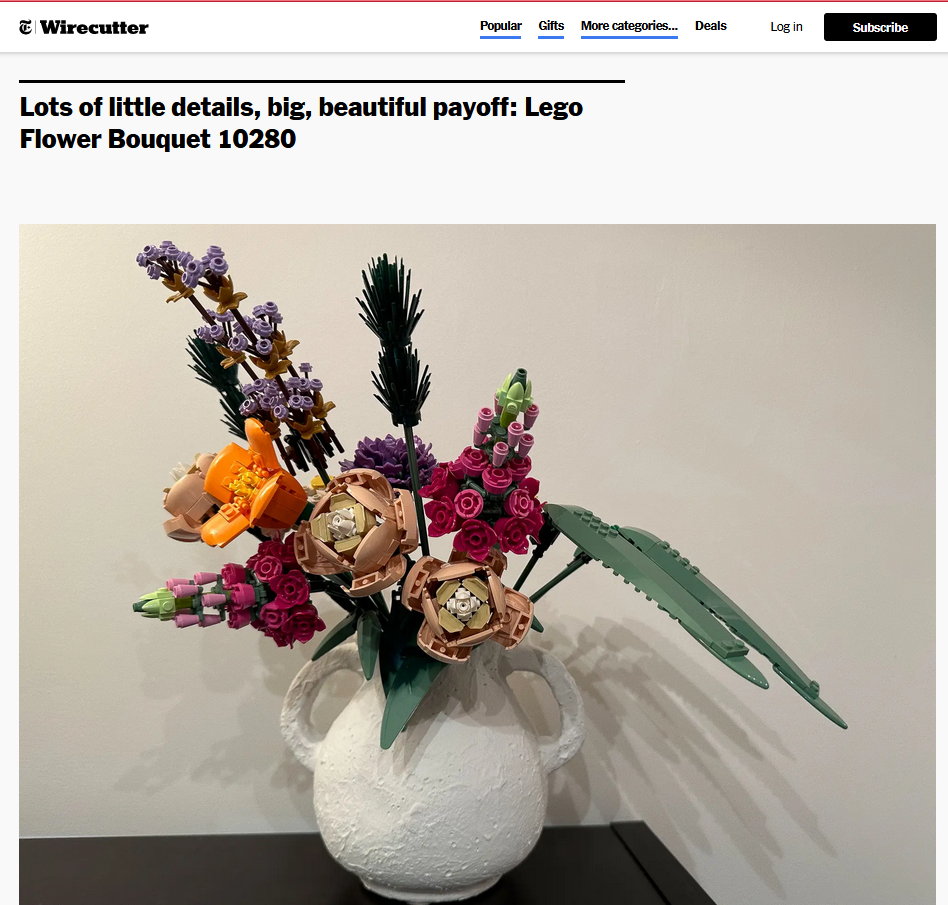 How hard IS this?

Are there any Lego aficionados here who can weigh in on how difficult these would be to construct? Thanks in advance.