Guilt in the Garden

I recently wrote a post which was, I thought, perhaps unfair to Charles. 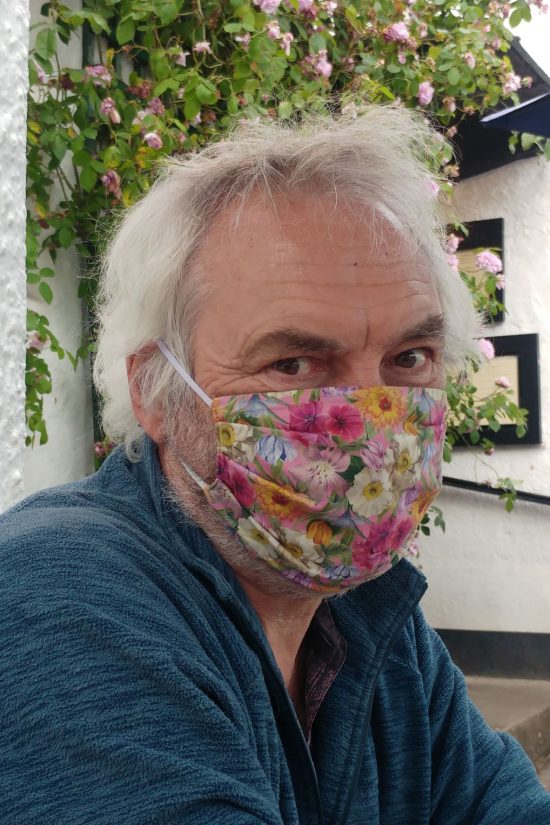 So I thought I would ask if I had been, and discuss whose fault it all really is. Here is some of the discussion:

I was perhaps a bit unfair to you, portraying you as the most critical of us when it comes to our Veddw garden walks. It made me realise though that I do, I really do manage to feel responsible for almost everything that goes wrong out there. 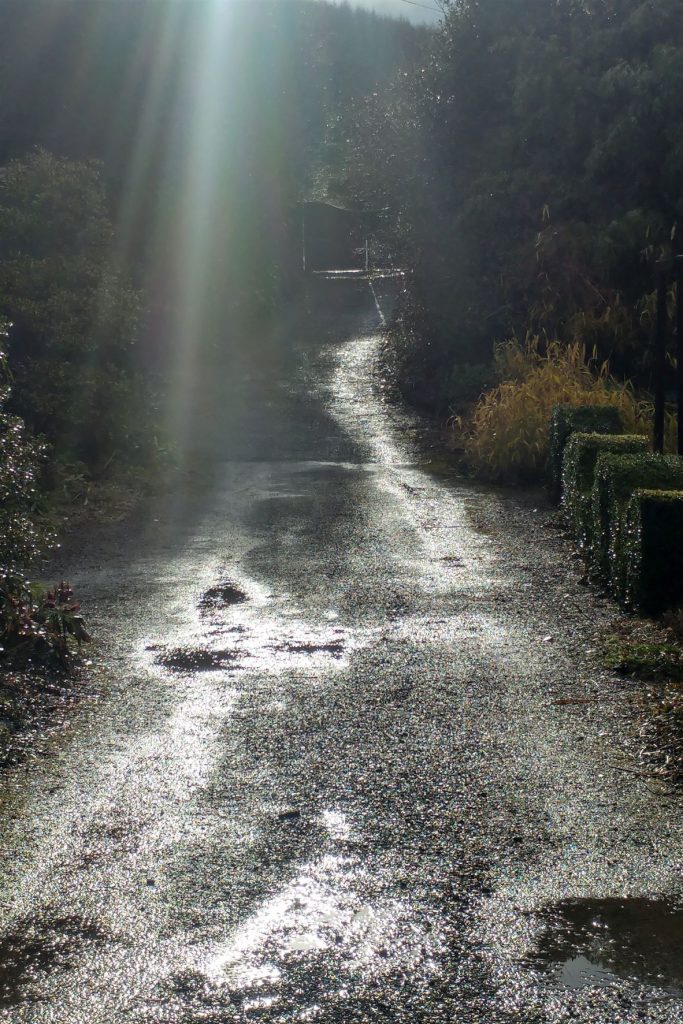 The weather, I hear you cry? Well, yes, in so far as if something suffers from the weather I tend to think I shouldn’t have planted whatever it is that is suffering, that I’ve made a misjudgement. Plant disease? Well, pretty much the same: I should use robust plants. The dead yew in the hedges? I should have drained the pool! The avenue of trees that started suffering from who knows what? The wrong choice of tree, or maybe I planted them badly. Or it was daft to plant them in the meadow. Or something.

Sometimes it’s obvious that I should have done better – as in the hedge yews. But when it’s just something like not enough surviving cyclamen, or a vetch getting away into the ornamental grasses, I rarely actually identify what I did wrong. I just feel very uncomfortable and a bit guilty. 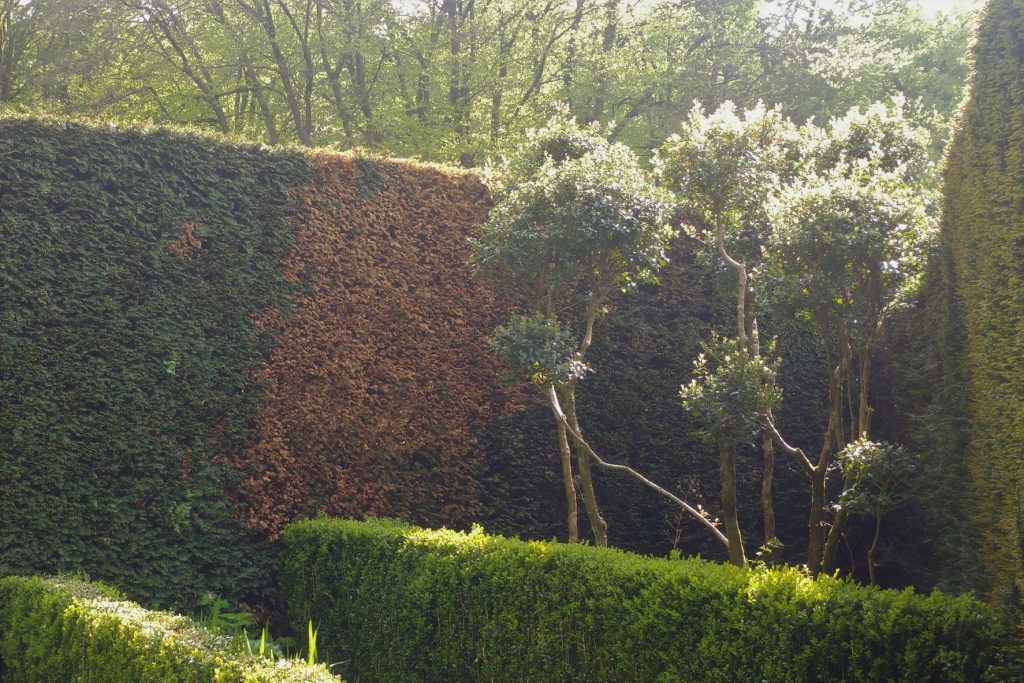 That truly was my fault. (Unless Charles might have thought the pool was a bit full, for winter…?)

So I do take your critical (of the garden and its contents) comments and opinions hard.

And – perhaps it’s easier for you to give them when they aren’t things you are actually directly responsible for? If it’s a weedy path – do you feel bad? That’s your thing, the paths.  But if it’s a dying plant – what then? What do you think? 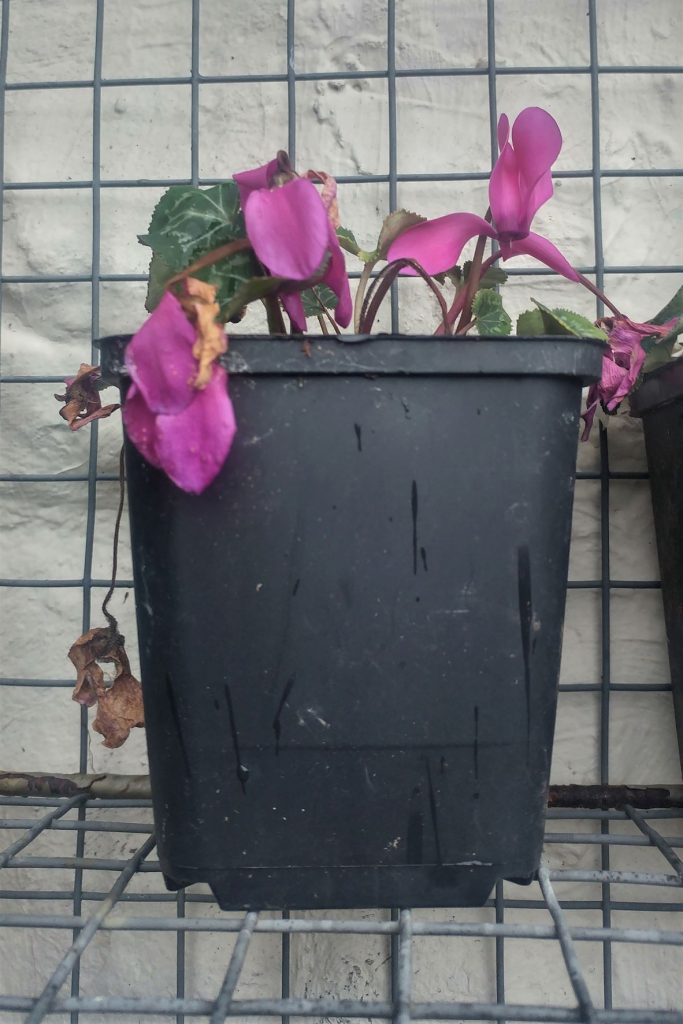 I know that you suffer this burden of responsibility and I also know that no amount of reassurance that I may try and make makes any headway in undermining or changing that. (Anne: You could try more reassurance and ̶p̶r̶a̶i̶s̶e̶ encouragement, just to see???)

The roots of this were firmly planted when we came here because this was your project, your dream. To leave London and to find land to make a garden where you could fulfil your dreams and ambitions. I knew you wanted this so much that staying in London (which was what I had wanted to do at the time – though I have never regretted leaving) wasn’t really an option.

And even though I agreed to go, my first choice wasn’t even to come here, but to find a place in Derbyshire where I had friends and knew and loved the landscape. Again I have no regrets that we came to Wales and to our particular location with Bristol on our doorstep – a city I enjoyed living in when I was a student. I really had no idea of just how ambitious you were going to be for the garden or indeed that the garden would provide you with a new career as a writer. Or that the garden itself would prove to be so special.

Weedy paths. Yes, my job. Do I feel bad if I am late to sort it out. No! It’s just a task I’ll get around to eventually. A dying or wilting plant? It depends on the circumstances but I don’t assume it’s through your neglect.

I do wonder though whether having been initially responsible for the garden is enough to explain the current weight I experience? I think some of it is not about you, but about the plants and place itself – about what we owe to them. I know I can be ruthless and rip out the failures – I love a fresh new project – but mostly we are trying to give things what they need to thrive. And a lack of thrive tells me I am failing.

My biggest requirement of the project is that it should be exciting and beautiful. Preferably everywhere and every day. When it is, I want to share it with you and the world and somehow celebrate it. And I’m always up against a world basically saying ‘so what? Every garden is lovely.’ So I do hope always that you are enjoying it.

I wonder why you find it so very hard to get rid of failures? There’s no pleasure in things looking horrible. The Turkish Hazel languished for far too long and getting rid of blighted box has often been like extracting your teeth. 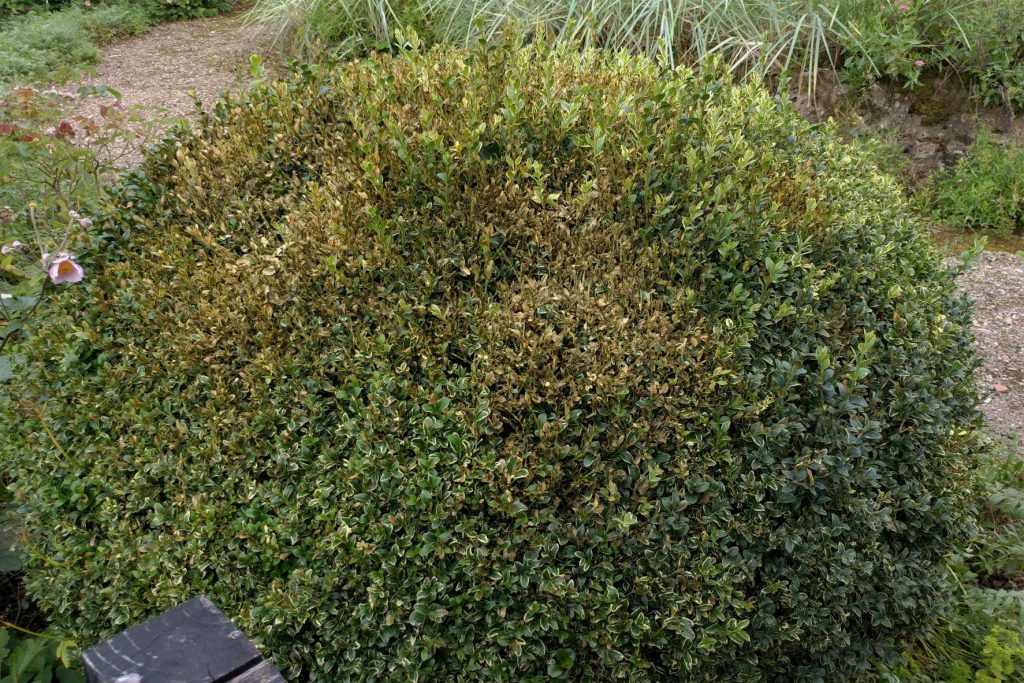 I think I just find it very hard to give up on things that I have had a big hand in growing and nurturing for years. Ripping out the Box topiary “egg cups” in the Veg Garden was such a wrench – I had grown those plants from next to nothing to (often admired) shapes. 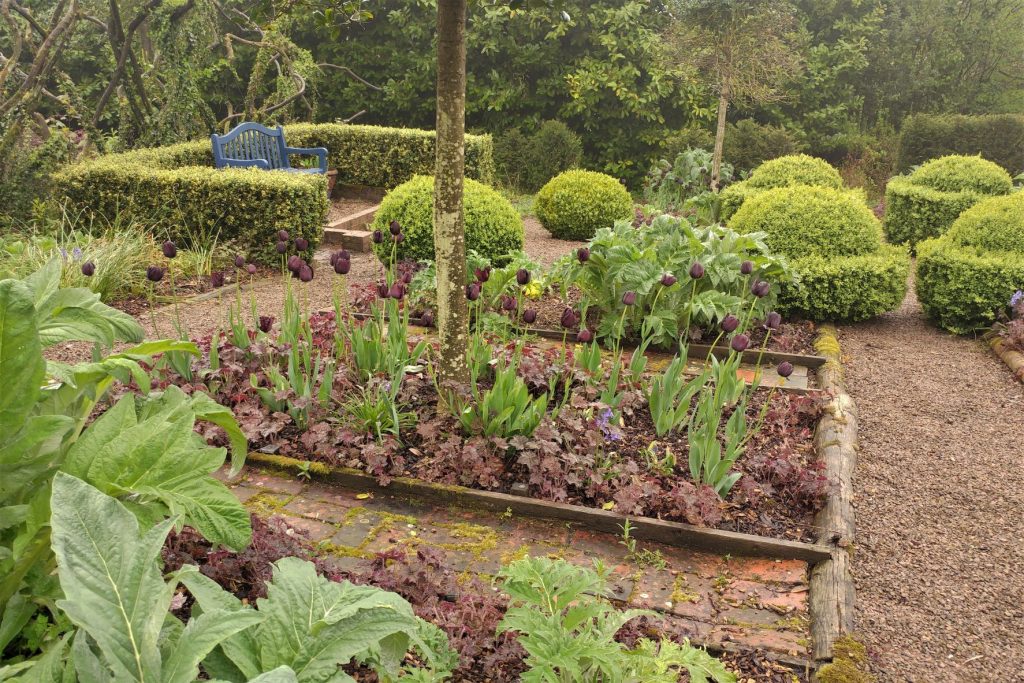 The ‘egg cups’ and other carefully nurtured topiary.

And the Turkish Hazels I had carefully encouraged into their mop heads and always enjoyed the results (when they were healthy). It’s hard to give up on something you’ve spent a long time nurturing.  I don’t think it’s difficult to understand it being hard to give up on things like this. 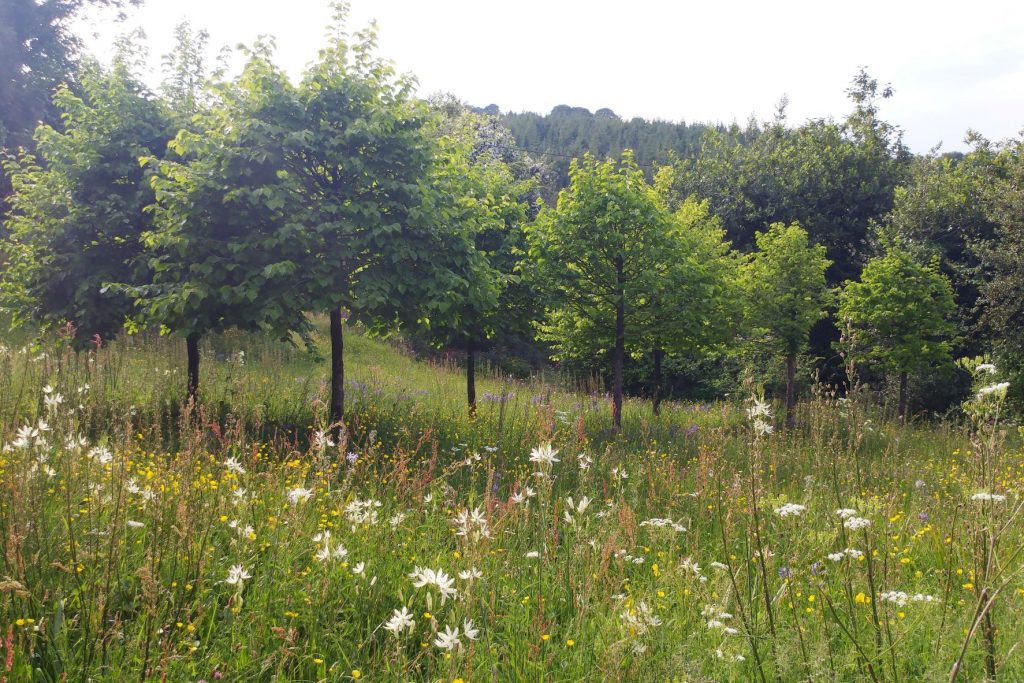 The Turkish Hazel in the Meadow. Sad loss.

But when things have gone really horrid, it perhaps ought to be easier to get rid of them? These things do tend to sit around, confronting me with my sense of failure.  But if you really are addicted to hanging on perhaps this a good sign for my decrepit old age??

“There is beauty in extreme old age

Do you fancy you are elderly enough?

In a ruin that’s romantic;

Do you think you are sufficiently decayed?”

“To the matter that you mention

I have given some attention

And I think I am sufficiently decayed ” * (already)