Attack of the plant lady 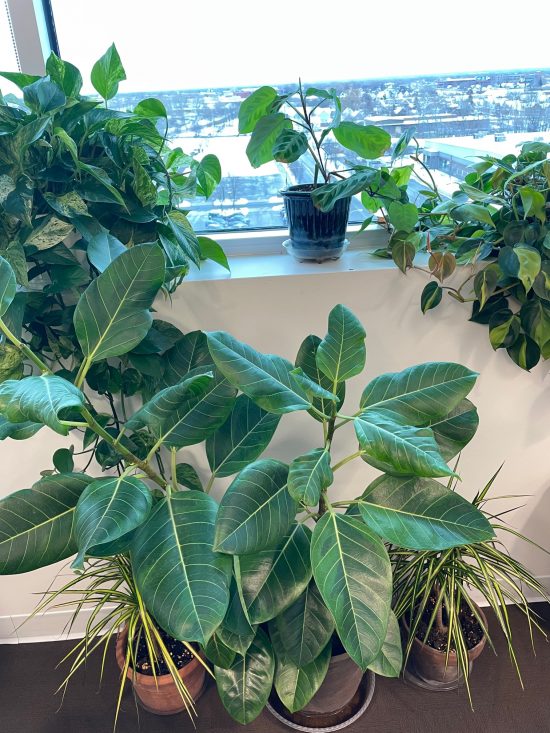 Indoor plants were a way of life at my previous job. It wasn’t that we really paid all that much attention to them, but they were everywhere – mainly your usual pothos, dracaena, schefflera, and so on. A service came in regularly to water, trim and occasionally fertilize them. Though we may not have been demonstrative about it, we liked having them. Everyone made sure to have at least 2-3 inside their particular workspace, depending on whether it was a real office or an “area.”

Covid came along and we had to either rehome them or send someone in to water them every now and then. At that point, I noticed some infestations and advised disposing of the worst culprits. 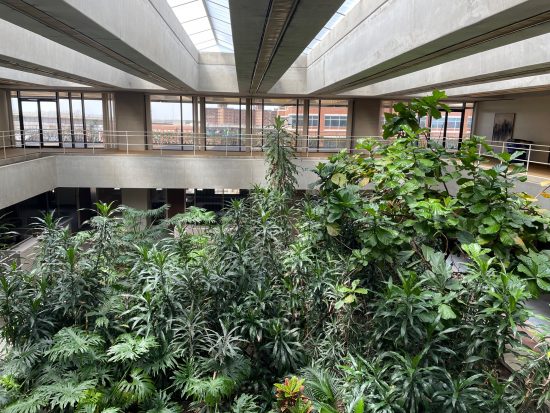 Now that former magazine office is gone and so am I, to a newspaper office, which has moved to a different building during my tenure. There were plants here too, but most had been brought home during Covid. There was also a magnificent planted atrium (above), which was left behind. I don’t know that I would have been able to tend this.

It was up to me to make sure my part of the new space got greened up. I did this through bringing tropicals I had been using outside over to my new workspace. I’m there 5 days a week, so it made sense.

The thing about plants and offices is that most people are fine with them, as long as they don’t have to be the ones taking care of them. And the people who don’t like them don’t want to say so. You can pretty much do what you want – at least, that’s been my experience.

I have 8 arranged in a sort of window display (see top photo) and a couple at my desk. They make me happy and I think most others either like them or are fine with ignoring them. 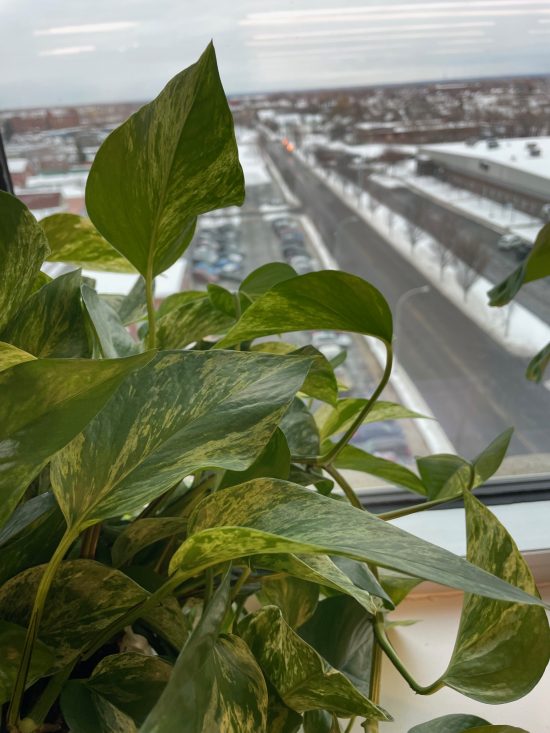 The ones that get the most attention are a couple of really magnificent ‘Marble Queen’ pothos that almost look fake in their ridiculous state of healthy luxuriance. There’s also a variegated ficus elastica, a philodendron ‘Brasil,’ and a few others, including a couple Covid-neglect survivors from before I was hired that I’m nursing along. I think they’ll make it. I’ve got some cuttings going, too. 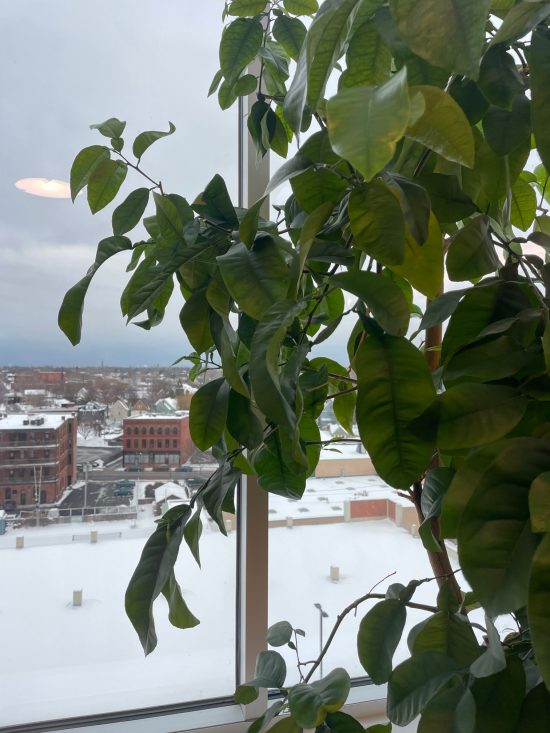 The stars of this particular office though – known to all – are two grapefruit trees that were started from seeds decades ago by a staffer who’s been on the paper forever. They don’t fruit, as far as I know, but the leaves smell nice. I’m pretty sure the union leaders make their continued presence a bargaining point.

A couple decades ago, I realized that I needed to have plants wherever I was and at all seasons of the year.

It really hasn’t been that heavy a lift – even in Buffalo.