A Cavalcade of Kaleidoscopic Caladiums

My first exposure to caladiums was a memorable one. I was not yet into horticulture. It was the 80s.  I was working in an office in downtown Cincinnati and sometimes parked my AMC Pacer (just kidding. I was way cooler than that. I had a Ford Escort station wagon) on the far side of relatively small park. One year, for no reason that I know of, the park staff tilled a bed approximately 15’ deep and a block long and filled it with caladiums.  In hindsight, now that I have some knowledge of horticulture, it was kind of a weird idea for a park planting, but it was unique and beautiful until late summer when it sort of burned up. For quite a time since, even after I had entered the world of horticulture, I very rarely saw caladiums planted and no one ever seemed to talk about them. It felt like they had insulted everyone and had became persona non grata. Whatever the cause, maybe because they burned up in sun, they were yesterday’s news and I never really knew why. 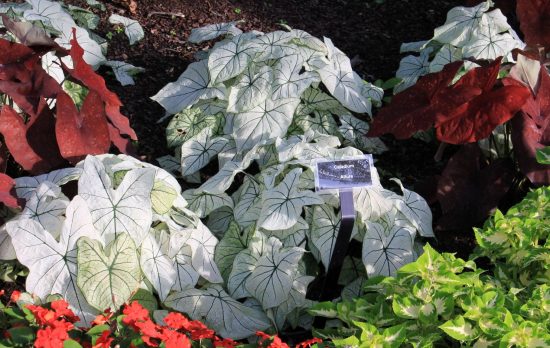 ‘Allure’ lights up a shady area. Here it is nicely combined with HEART TO HEART ‘Hot Flash.’

And I still don’t, but the past decade has seen a surge of new introductions in a kaleidescope of colors, all kinds of sizes, and even some that can be planted in full sun and not collapse. This increases their usefulness colossally. Caladiums are easy to grow in reasonably fertile, well-drained soil that has reached 65F and they give the gardener a lot of fun design options. For the past five years, and especially the last two, we have grown quite a few of the newer varieties at the Cincinnati Zoo &  Botanical Garden and I’ve become a big fan. 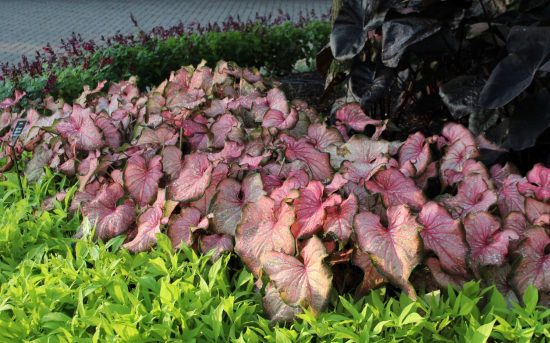 A mass of HEART TO HEART ‘Caribbean Coral’ mixed with annuals makes for a high impact bed.

Which can grow in sun and which in shade? Sometimes the name tries to give you a clue. Those with names like ‘Fire and Ice,’ ”Flare,’ and ‘Heart Fire’ are going to be okay in sun. The HEART TO HEART series offered by Proven Winners, most of the 70 new varieties introduced by Classic Caladiums, and the PAINTED FROG series bred by Brian Williams and introduced through Plants Nouveau have been developed to grow in full-sun. Can they still take shade? Yep. But if in doubt, check the internet or the plant tag. They’ll never lead you astray. 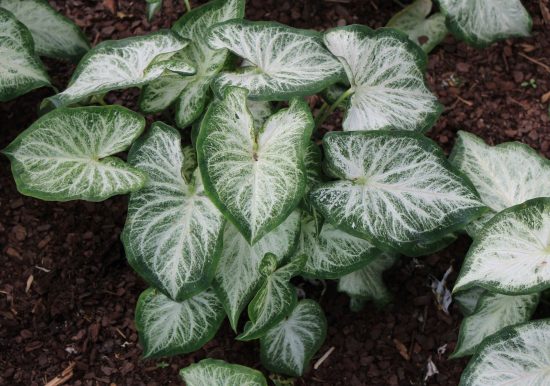 ‘White Diamond’ was one of the first introductions from Dr. Robert Hartman of Classic Caladiums.

Of course you can put caladiums in a pot, but feel free to plant them in beds for a burst of color. They will glow like Times Square if you position them to catch low angle sunlight and they truly make a statement if planted in masses. You can overwinter the bulbs, buy tubers, or even start with finished plants in pots from the garden center. I think the latter is the surest way to go. 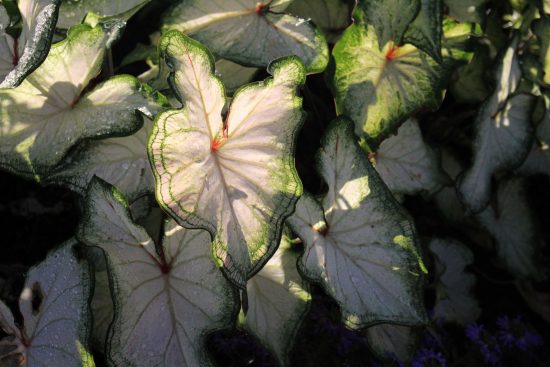 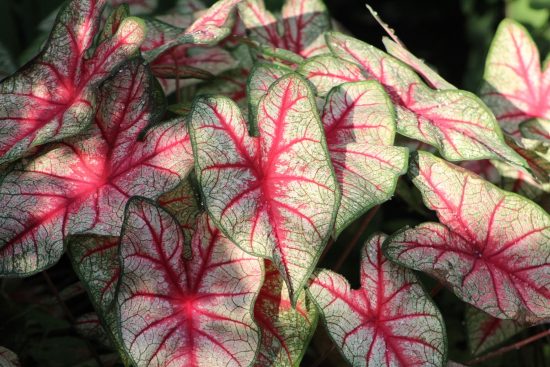 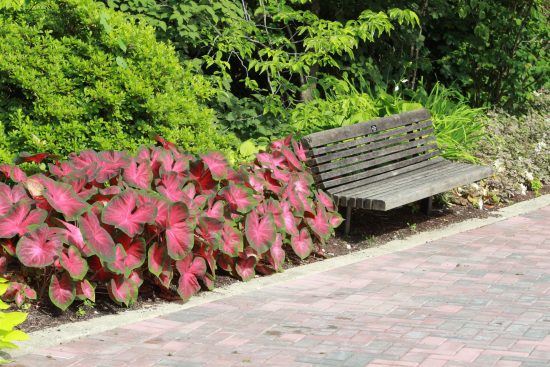 So for big, bold fun in the garden that won’t cause a calamity, think caladiums. 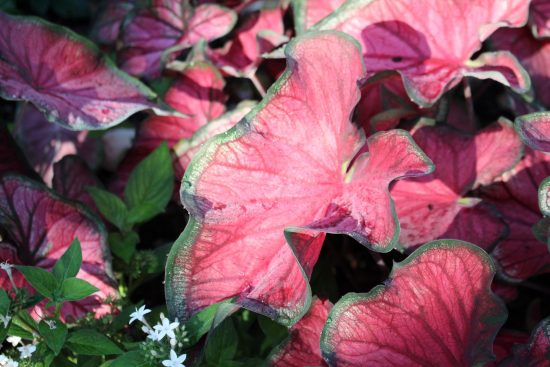 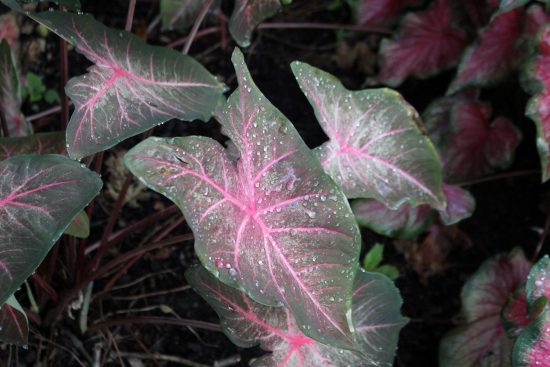 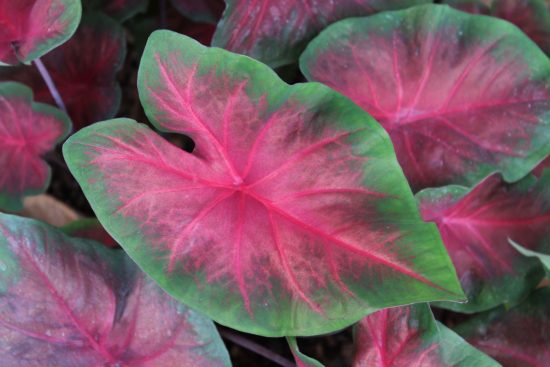 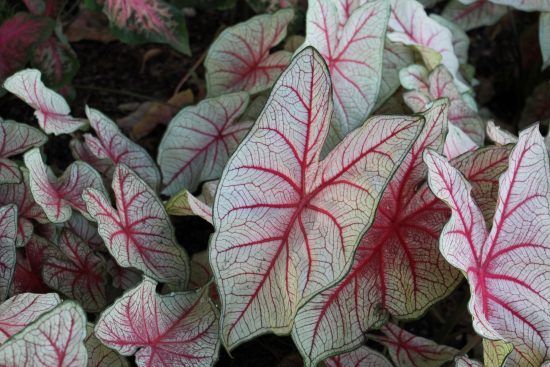