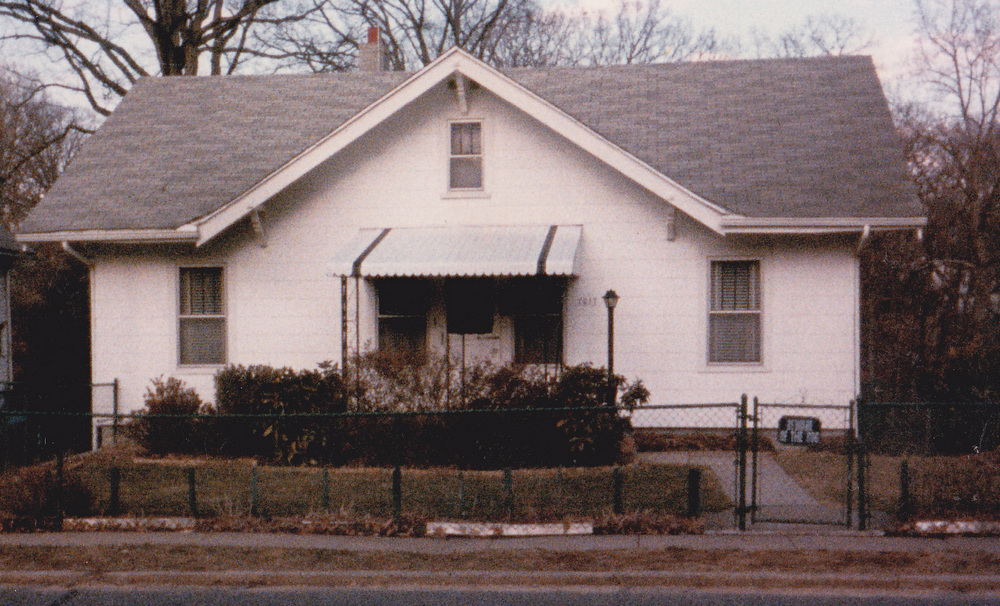 My recent post about the attractive fence my next-door neighbors installed included a gratuitous but ardent dig at chainlink, the type of fence they didn’t choose, thankfully.

That reminded of the home I bought in 1985 that DID sport a chainlink around the front yard. I remember shortly after moving in a friend visited and told me sternly to “Cover up that fence with something, like a vine!”

Of course that’s what I did, using the vine that was already there, creeping innocently along the ground just inside the fence – the increasingly hated English ivy – and it did the job. 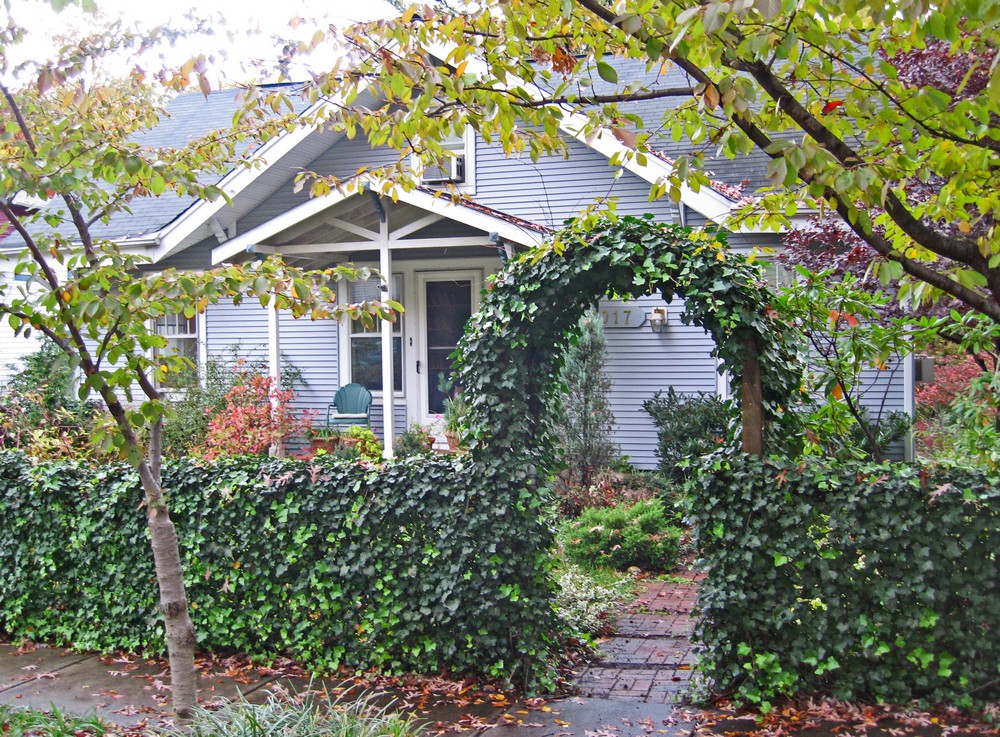 As you can see, it sure did cover the ugly fencing, and the arbor I had installed over the entrance, too. I’m told that some call this hedge and fence combo a “fedge.”

I came to call it a huge maintenance headache because of course it aggressively marched onto the sidewalk and across my flower borders, where no plants could possibly compete with it. 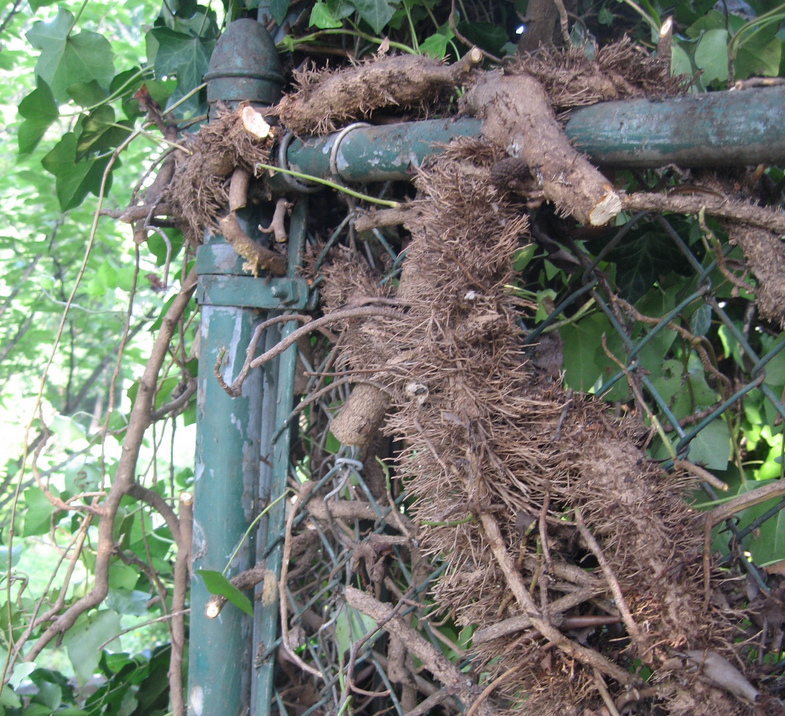 So I finally had the now-hated “fedge” removed, a process that yielded scary, ugly views of the monstrous vine… 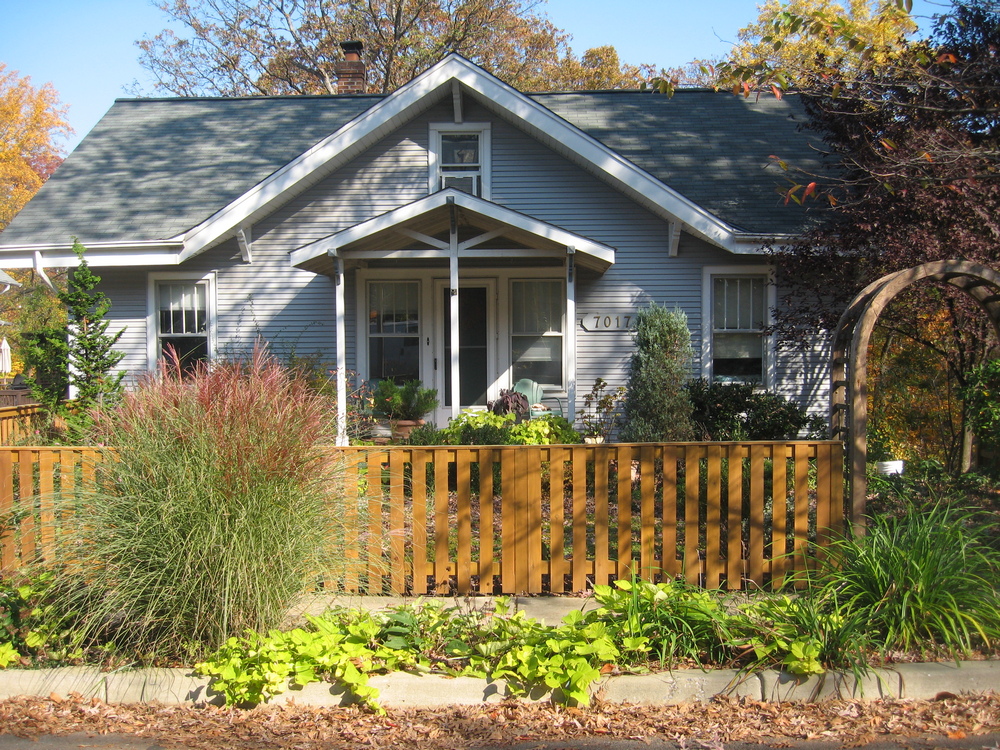 and replaced it all with an attractive wooden fence. What a relief!!

(That reminds me of the one time my garden was visited by the Washington Post’s then-garden writer Adrian Higgins, for his feature story about GardenRant. His only comment on my garden, front or back, was to say he liked the fence! In the garden’s defense, it WAS February, but still….

You might have noticed the metal awning over the porch was long gone, and the old siding replaced, too.

The whole transition took just 25 years or so.

For students of architecture, the house was built in 1925 from a Sears Roebuck kit. It’s the “Conway” model.