A day or two after my recent surgery, I was talking with Phil Douglas from Chicago Botanic Gardens. He was working on a PowerPoint about overused plants and asked if I could come up with any. So I Rolodexed through my files of photos to stir whatever those brain impulses are called that make you remember stuff and, surprisingly, came up with some plants. To the list, I added some rude commentary to amuse Phil. Which it did. And, now, I’m hoping, it might amuse you too. Sloppy, cruel, and mean-spirited? Sure. But I was on pain meds.

So what makes a plant overused? Well, that’s pretty easy. Take a combination of a person’s genetics and their life experiences, add a dash of their current mood, and, voila, an opinion. In some rare cases, there might even be an element of expertise, but many consider this to be much less necessary than once thought.

In this blog, the opinions are mine and, truth is, I’m not even sure I agree with half of what I wrote. That the vast majority of the below plants are growing in my yard, just goes to show you how little it should anger you if a favorite plant or two pops up. Or if the commentary isn’t fair.

So my twenty some odd overused plants are as follows.

Angelonia: Neither a spiller, filler, nor thriller. Nevertheless, a plant you root for. You think it might achieve, you want it to, there’s a promising moment, and then it disappoints. A perennial (or annual?) “underachiever.”

Berberis thunbergii selections (Barberries): No matter which of its many colors and shapes, always boring. And one that revels in inflicting great pain.

Buxus (Boxwoods): The plant you turn to when you’re desperate and have no other options. Maybe in the next life there will be another choice for when you need a plant that is deer-proof, shade tolerant, evergreen, can grow anywhere, can be shaped like anything, and smells like cat pee. 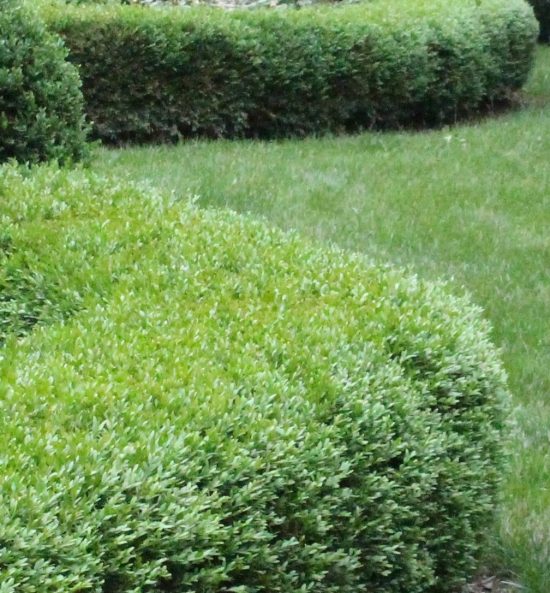 Calamagrostis ‘Karl Forster’ (Feather Reed Grass): Hate myself for even saying it, but it’s true. The Zebco 33 of grasses. But, like boxwood, so damned useful.

Cotinus: As seldom as these are planted, each new one is one more too many.

Crocosmia: Like that drunken boyfriend your crazy sister brought to your New Years Eve party, the life of the party until he puked on everyone’s coats that were piled on your bed. Can handle success for only so long. A time bomb. Great until it isn’t. 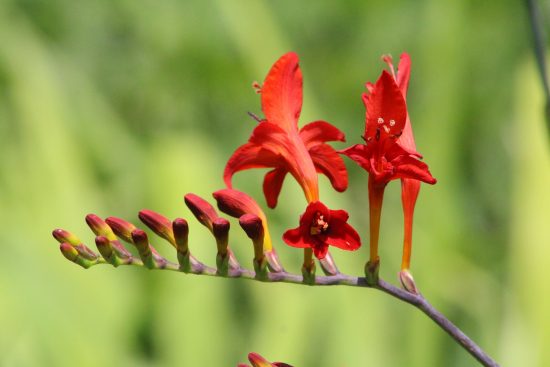 Crocosmia ‘Lucifer,’ before the thrill was gone. 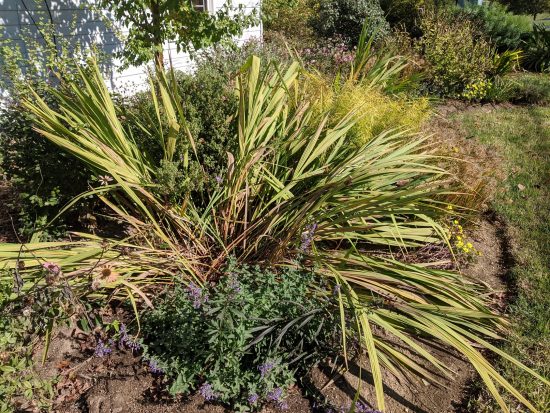 Later that summer, having decided no one would notice if it went ahead and just let itself go.

Food Gardens: For those who go 100% in on things like perfecting a dozen yo-yo tricks, punk fashion, and disco.

Geranium Rozanne: Sure, it’s a good Geranium. So are all the others.

Any Hakonechloa except ‘Aureola’. (Hakone Grass): The vain attempt to improve on perfection continues.

Helleborus orientalis: I say this with great sadness.

Hosta: I say this with glee. 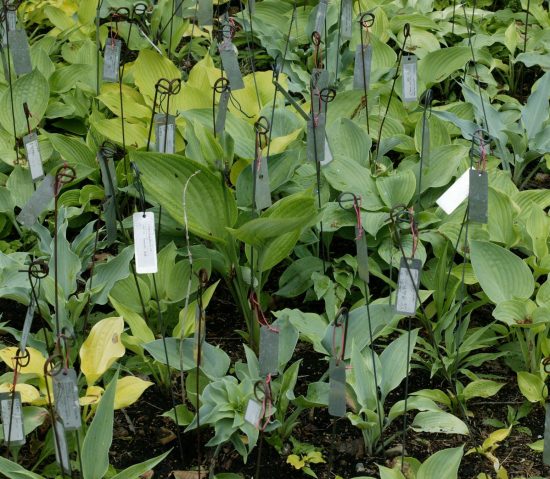 Just what the world needs, a hundred more Hosta introductions.

Hydrangea: Indeed, even the phrase “hydrangeas are overused” is overused. 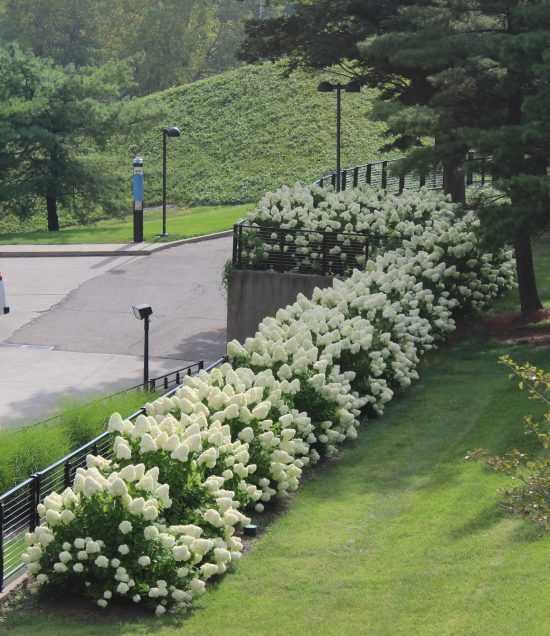 So many hydrangea, so little planet.

Monarda: The feeling you get when you wake up and get that first good look at the “beautiful” person you hooked up with at the honkytonk just before closing time.

Metasequoia (Dawn Redwood): The hackneyed choice of plant geeks who can’t imagine they’d do anything hackneyed.

Narcissus (Daffodils): Just the big ones. They die like bad actors in silent B movies.

Pachysandra terminalis: Elected into the Groundcover Hall of Fame by the International Brotherhood of Weeds. 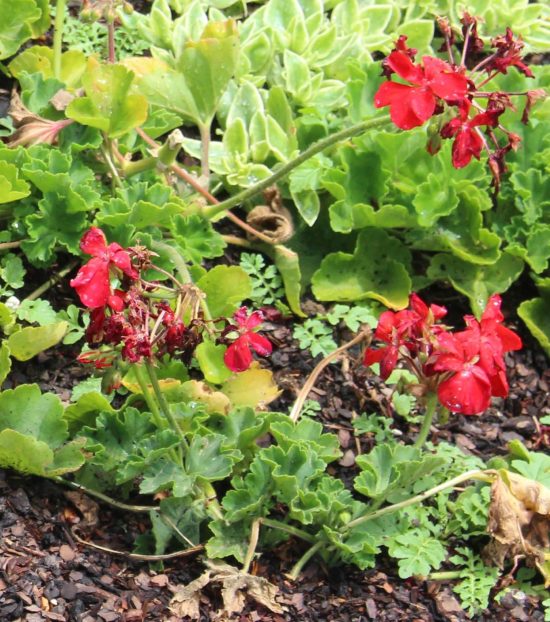 Forgot to mention, they need deadheading too.

Phlox subulata (Creeping Phlox): Only when used wrong, but it is always used wrong. Like an old 4-speed jalopy with a dead battery, always park it on a hill.

Fastigiate Quercus (Skinny Oaks): Why? The best thing about oaks is their unapologetic willingness to manspread. 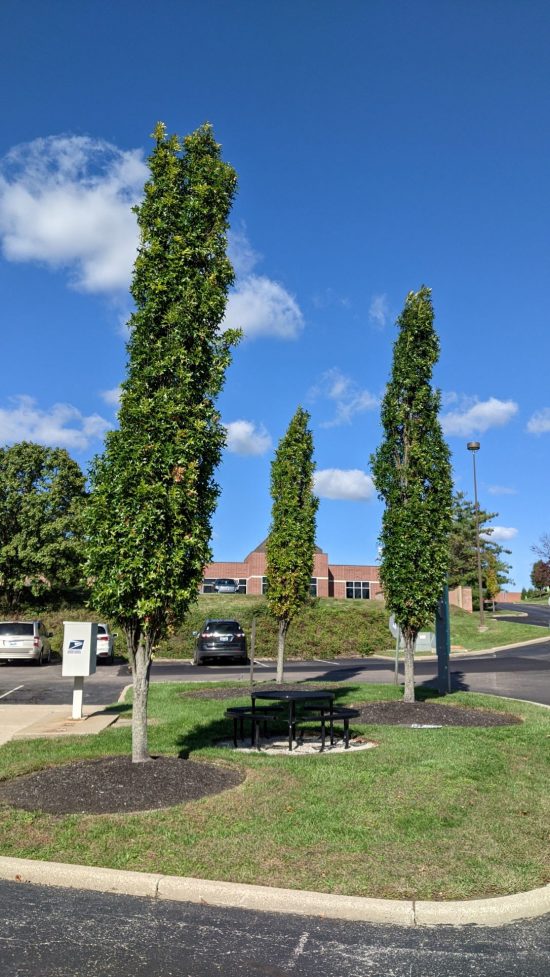 Admittedly, an upright, uptight, fastigiate oak isn’t the worst thing, unless you want to take your lunch break in the shade! 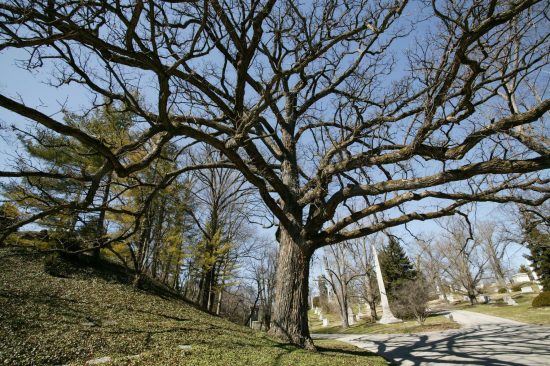 Few things are as rewarding, however, as when an oak is allowed to truly express itself.

Roses: Although responsible for some of the planet’s most beautiful flowers, a difficult plant to include in beds and, like barberries or a bad cat, one that is more than happy to bite the hand that feeds it.

Rudbeckia ‘Goldstrum’ (Black-Eyed Susan): Even the laziest and most clueless of landscapers are getting bored with ‘Goldsturm.’ I think. Maybe I dreamt that. And nobody knows how to spell it.

Salix babylonica or whatever they’re calling the weeping willow: A coal-fired, steam-driven, industrial age disappointment machine for the home gardener.

Salvia nemerosa (and cultivars): A week or two of “okay” followed by months and months when you just look at it and shake your head. 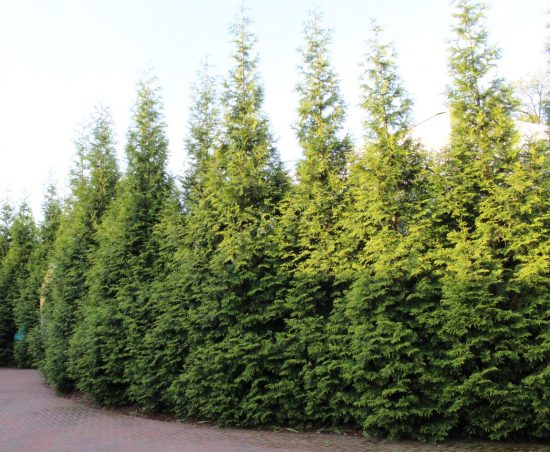 Like a perp wearing a heavy coat at Walmart in summer raises the suspicions of store security, plantings designed to screen just make you really want to know what they’re trying to hide.

Ulmus americana (American Elm): Because we just can’t seem to learn our lesson about this species.

Over the top, oversized, double perennials: For those who, when riding the subway, can’t help but stare at that guy’s scar.