Now some of you, seeing the garden-design obstacles posed by my co-op’s rules, will vow to never, ever live where you have to deal with them. You say you’ll never buy a coop or a condo or a single family home with HOA rules.

Well, good luck with that, especially if you ever need or want to downsize. Someday I’ll actually post a rant in favor of rules, fully prepared for the ardent comments in disagreement. Because “Freeeeeedom!” For now, I’ll just say I’m in favor of good rules. 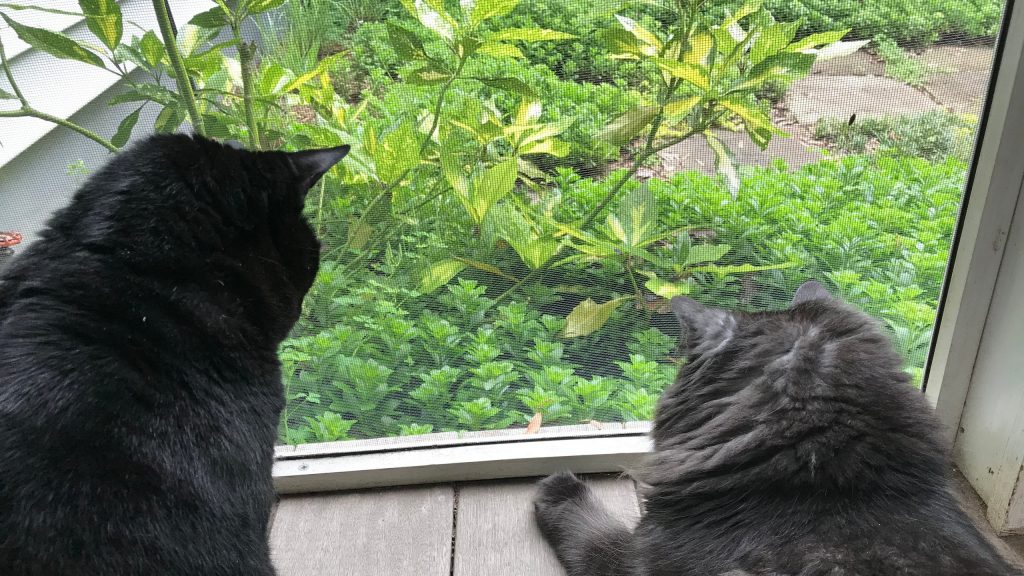 My cats make a cameo appearance in the video.

Here’s the information posted on YouTube below the video:

MORE VIDEO
To see this rear garden AND the front garden in spring of the same year (2021), watch: https://youtu.be/2NtUL3xJGXU

THE CO-OP
It’s called Greenbelt Homes, Inc., the 1,600-unit original city of Greenbelt, Md. founded in 1937. It was part of the garden city movement that started in the U.K. and in Europe in the early 1900s. Originally federally owned, it became a member co-op in the 1950s.