The Little Daylily That Could

I know there is a children’s garden book here. Working title: “The Little Daylily That Could.” The based-on-a-true-life-tale would begin in a former Southern Indiana nursery where the owner, long on enthusiasm and short on tidy, organizational skills, had tossed a few hundred empty plastic pots along a fence line waiting for the next great idea.

But as it turns out, not all the pots were empty. A few contained some plants that had gotten tossed into the wreckage. There they sat for years awaiting the next great idea. 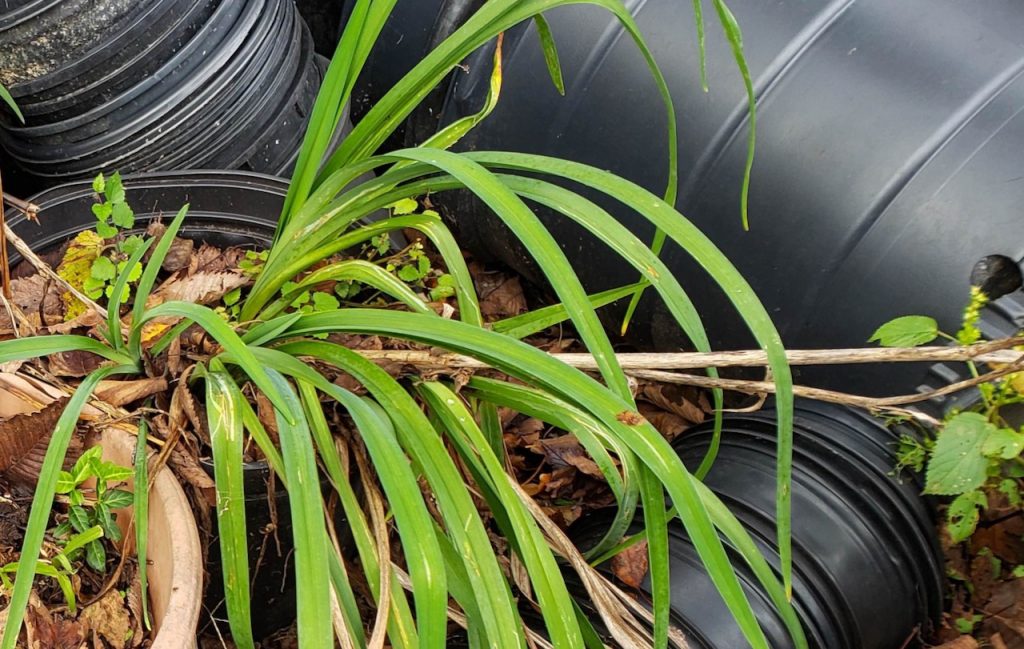 So here comes the owner one fall day, again wandering the place while awaiting the next great idea, not that he needs one. He notices a two-gallon pot with daylilies growing in it. Right there in that broad sea of black plastic. Along with some other forgotten potted plants.

It’s the Good Gardener thing to do

The owner has no idea which daylily it is, or how long it had been in that pot, but he knows it’s good health and fortitude must be rewarded. He does it all the time with little plants that can. The last tiny seeds in the bottom of a packet. The worst of root-bound annuals. Some days even old nursery stock. They all deserve a chance. Why else garden?

So the daylily-filled pot is pulled from the black-plastic sea and taken to a safe harbor where the plants must be divided before being replanted. Probably not in plastic pots.

The fleshy, fibrous roots are matted and tightly meshed, as would be those of any plants abandon a few years in a two-gallon plastic pot. But daylilies – and some children can really identify with this part of the book – are tough. They can endure difficult circumstances. That’s a good thing for children to learn even as they learn about plant roots and plastic pots.

The daylily division goes reasonably well. There are five of them melded together. Four of them are forever freed to be planted in good earth in a big patch of older daylilies. But the very smallest and least hardy-looking daylily gets somewhat casually tossed into a nearby garbage can, thoughtlessly labeled by the divider as “too small and needy to mess with.”

But wait a minute

The children are now thinking, we weren’t ready for a sad ending. Well, neither was the nursery guy. About two days later, driven by a lingering guilty conscience, he goes back to the garbage can, opens the lid, and there, looking up at him, is one small, very unhappy daylily resting on top of more old garden pots, an empty Dairy Queen cup and a crinkled white paper bag. 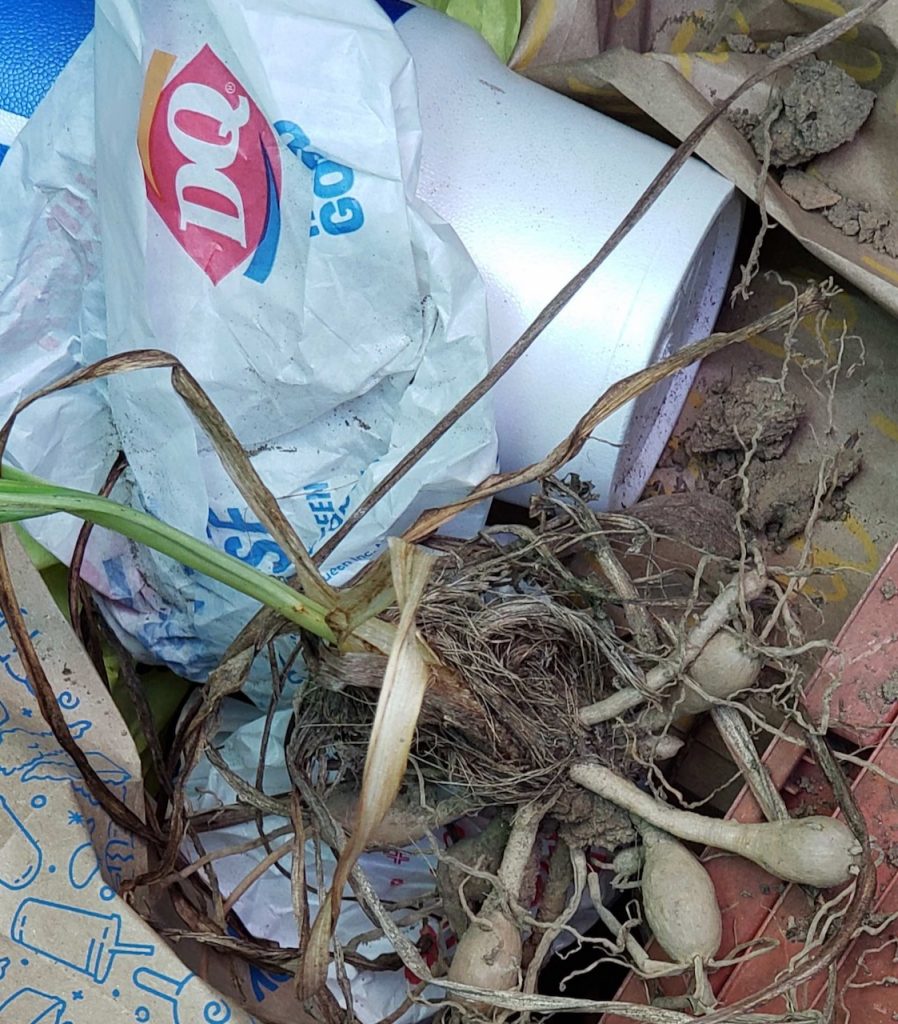 Cue the uplifting music. The hopeful garden guy lifts the daylily from the garbage debris, cleans it up, gives it a burst of water and heads to the back field. There it will join the other daylilies planted at both edges of what will someday be a big green sea of prairie dropseed foliage.

Sure, at this point the littlest daylily still doesn’t look up to the task. Its leaves are small, its roots sparse, its foliage dwarfed by its brethren. Will it survive, even thrive? 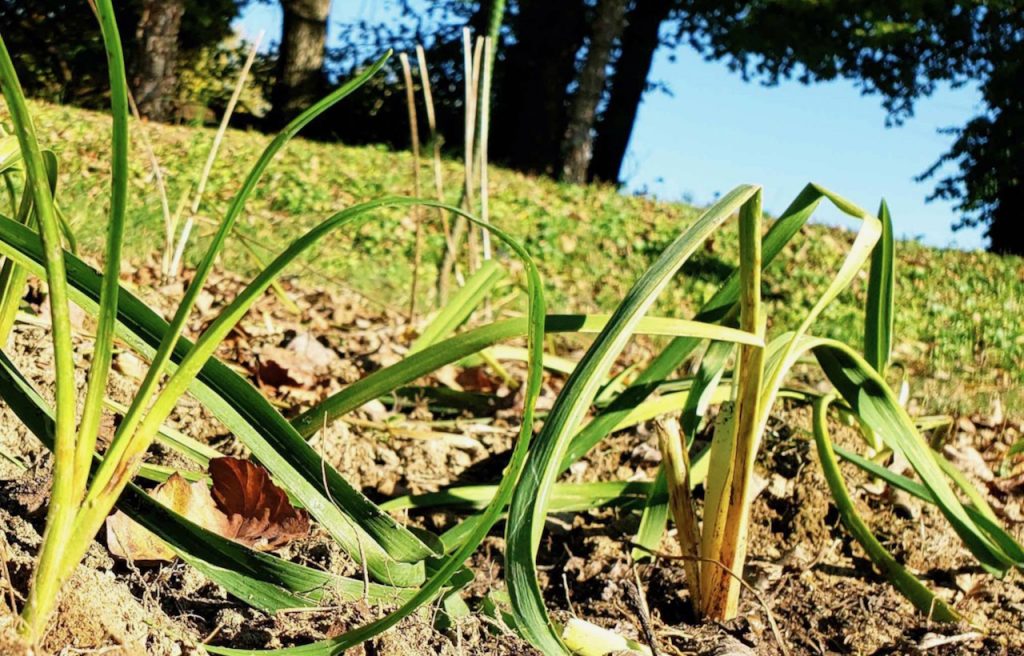 Here’s where the book fast forwards to next summer. Children’s books can do that. That littlest daylily is now proudly pushing up a single beautiful golden flower. Some children and a parent – big people are allowed in this story, too – are sitting nearby.

The background is all bright daylily colors and splashy green grass. The sky is blue. The sun is shining. The birds are singing. A couple rabbits and a curious raccoon are watching. Is that a chipmunk way in the background? Maybe even an old nursery guy. The parent is holding a book and reading it to some very attentive children.

The nearest daylily looks to be smiling.