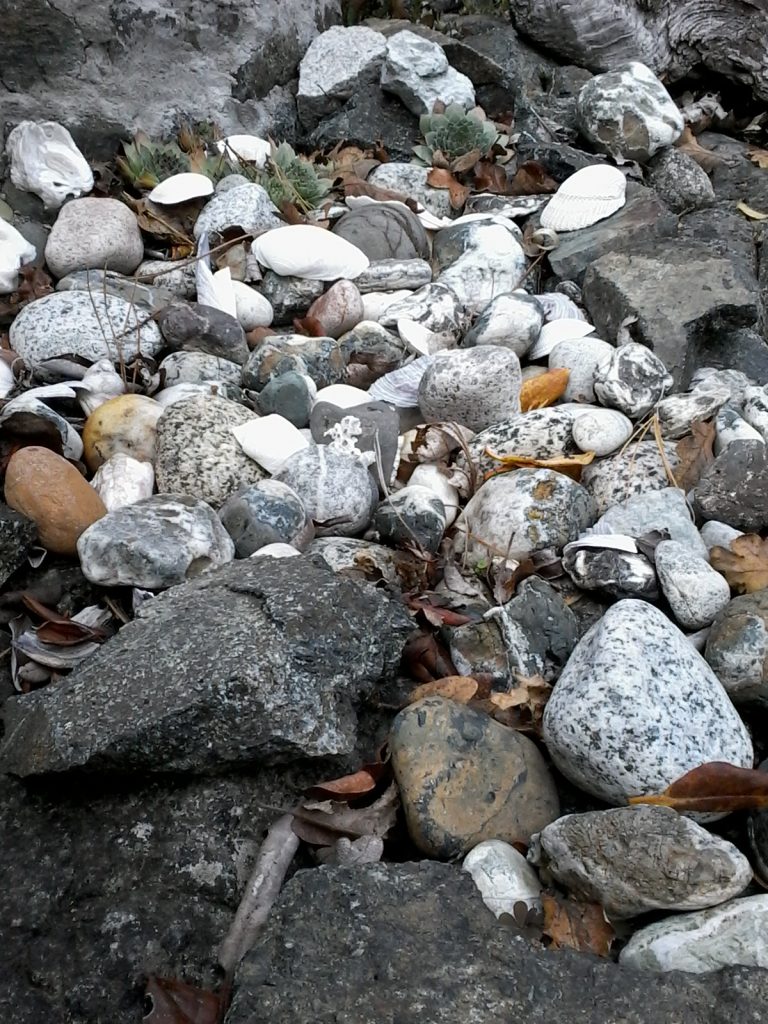 World population is approaching eight billion and humanity is congregating in cities. As cities get bigger, gardens get smaller. Green-space has also contracted in suburbia, where most of us do our gardening. The horticultural canvas of today is tiny compared to that of great eighteenth century English landscapers like Capability Brown.

Lancelot “Capability” Brown, when taking commissions from a wealthy landowner, chose landscapes that showed “capability” for spacious woodland, meadows, and lakes—the horticultural motifs popular in his time. He mirrored through managed artistry the romanticism of nature. We strive for the same effects in the household garden, but in miniature. Where Capability Brown created an actual lake upon which a lady with a parasol might dreamily be rowed by a gentleman, we might dig a pond, or represent a stream with an arc of pebbles (above). Where Brown’s plantings ascended a natural slope, we might represent a hill by importing a boulder. He would plant woodland while for us the forest is suggested by dwarf shrubs tucked in a corner. 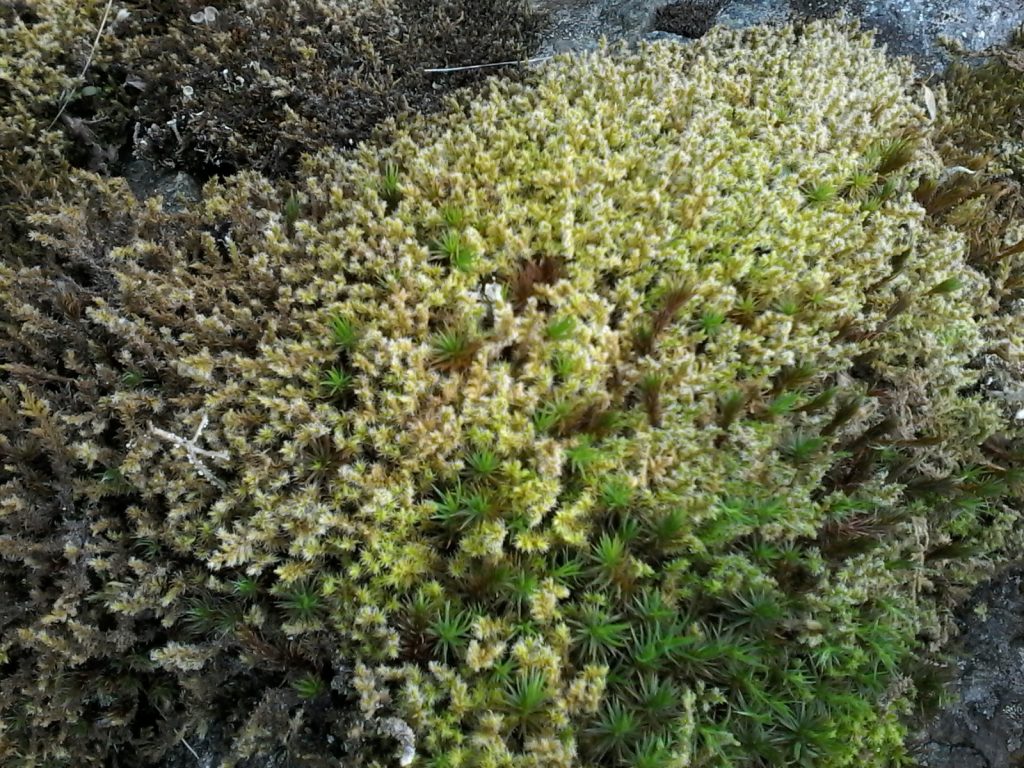 A stretch of moss and lichen blooming across stone is, viewed under a magnifying glass, as rich in texture and microbial diversity as is a full-grown woodlot. We change the scale, enjoying the special pleasure in working with miniatures, be they train sets, dollhouses or model theatres. Neurological research shows that playing hands-on with these things benefits the minds of children (and adults) beyond anything gained from online games. Suburban garden plots can also be settings for stories, stage sets on which we might host garden parties, or quietly contemplate tiny idealized woodlands, mountains, paths, and ponds.

We play with perspective to make small space large. Once the shrubs grow around a winding path, the view ahead is hidden behind an alluring “disappearing curve,” which could lead anywhere.  Noblewomen living in ancient China led a secluded life; their gardens were their world and had to encapsulate the outer one. The rockery was a mountain range, the lawn a prairie, the pool brimming with lily pads and goldfish was the ocean. These elements were displayed with yin-yang balance, each season ushered in with a visual fanfare of changing colour in leaves and blooms.

These blends of shady yin and sunlit yang, hard stone and soft moss, still soil and rippling water are viscerally pleasing. These are as dramatic in the tiny garden as in the grand estate. Once they’re suggested to the observer, imagination does the rest.

According to statistics gardening is the eleventh most popular pastime in the U.S., and the National Gardening Survey found that 77% of households practice it. Korean and Swedish studies have found that gardening reduces obesity and heart disease, alleviates depression and extends the life span. No doubt you’d build more muscle and lose more weight by hoeing large fields and hauling compost across an acreage, but even tiny gardens bring health benefits.

“Small space gardening” has become popular by necessity, because more than half of humanity is now urban (compared to 3% in 1800), which has changed life in every way. In the US, median residential lot sizes dropped to a record low in 2020: .1888 acre, with 37%  under .16 acre. Regarding space the gardener has learned to do more with less – and in some ways finds it not less, but different.

This is not to minimize the need to conserve large swathes of private and public urban green-space—the need for bird habitat and wildlife corridors in cities. Many gardeners, while fully recognizing this, enjoy on their own lots the challenge of down-sizing. Sitting on their patios contemplating moss-meadows and bonsai groves, but they’re still sparking those neural connections.

All gardeners understand the transitory nature of their art, the seasonality of budding and blooming, fallen leaves morphing into compost, brown-gold issuing from verdant green. None of nature’s basic elements are absent from the miniature garden, and it too has capability. It simply takes a different kind of artistry to exploit it.

After a lifetime of gardening (starting at age five with her grandmother), Sandra B. Julian has downsized. Now she gardens a bit and writes a lot, and tours historic gardens with horticultural friends. She’s lucky to live on the mild west coast of Canada where plants bloom year-round. A nature writer and memoirs facilitator, she blogs about her tree passion at TreeWatchVictoria.