I am that friend/relation/rando who, fascinated by the snapshot of prevailing culture that characterizes a periodical, will happily accept your grandmother’s stack of fifty-year old magazines she couldn’t bear to throw away, and which you are too sensible to keep.

I have Sunset Magazines from the thirties, National Geographics from the fifties, and a massive stack of Horticulture from the seventies. Never got into Playboy. 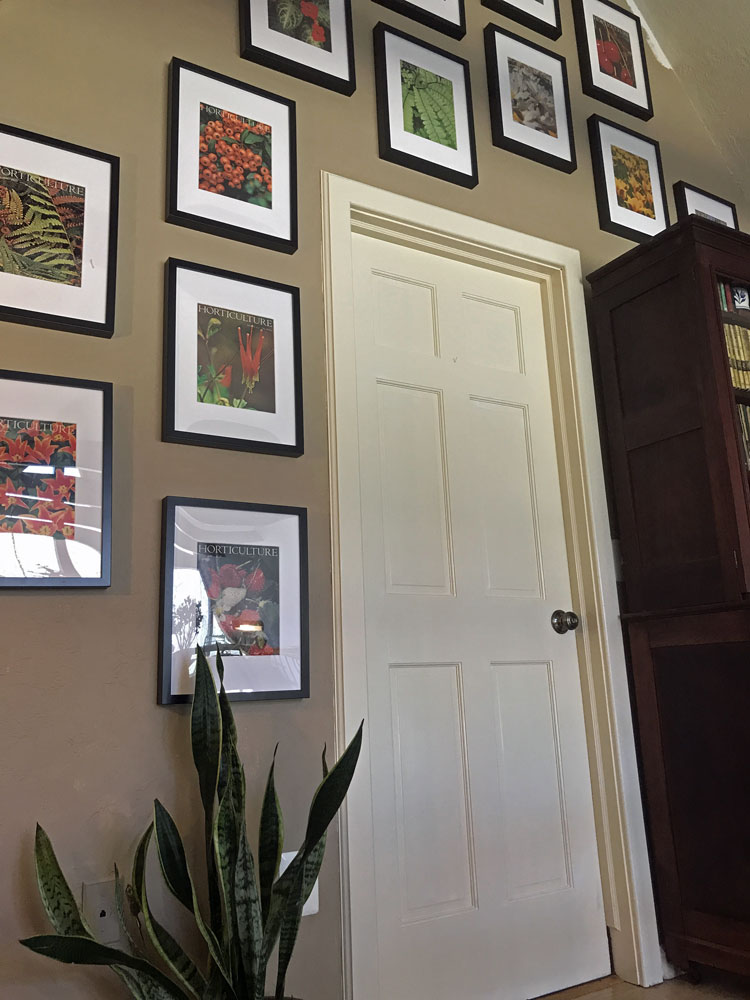 The door to my office.

Five years ago I framed many of my favorite Horticulture covers in a burst of creativity whilst trying to avoid the writing of a book. But three years ago on an autumn day I finally delved deeper than décor, and found myself almost immediately at the laptop, teasing out thoughts on the curious cyclical madness surrounding houseplants.

The resulting (possibly Pulitizer Prize-winning) article was rejected by Horticulture. The writer/readers here will recognize that by ‘rejected,’ I mean of course, ‘ignored,’ but no matter.  This is why there is an Irish Whiskey named ‘Writer’s Tears’, why I keep a bottle in my office, and why writers are often bitter and unshaven. And that’s just the women.

I came upon this poor downtrodden piece last week – lost in the matrix of my old laptop – and thought I’d share it here, as, three years after it was written, we are no closer to the end of this obsession. If anything the prices are higher – the pitch more fevered. I am reminded of Tulipmania each time I browse the houseplant aisles.

The magazines still sit under the same desk, under the same philodendron. As Scott’s apparently worthier musings have earned him a place at Horticulture, by rights I should burden him via media mail with the sweet guilt of owning these hort-rich references and let him decide their fate, but I’ve spent the night in his study and know that he has no business owning even one more Post-it Note.

I hope you enjoy – and share thoughts of your own. – MW

In a corner of my office, under a table sporting a large philodendron and other miscellaneous greenery, there has sat a large, gifted stack of ‘70’s era Horticulture magazines waiting quietly for a rainy day and the resident gardener who finds enjoyment in such things.   That metaphorical day arrived last week – for the literal one had been with us all summer. 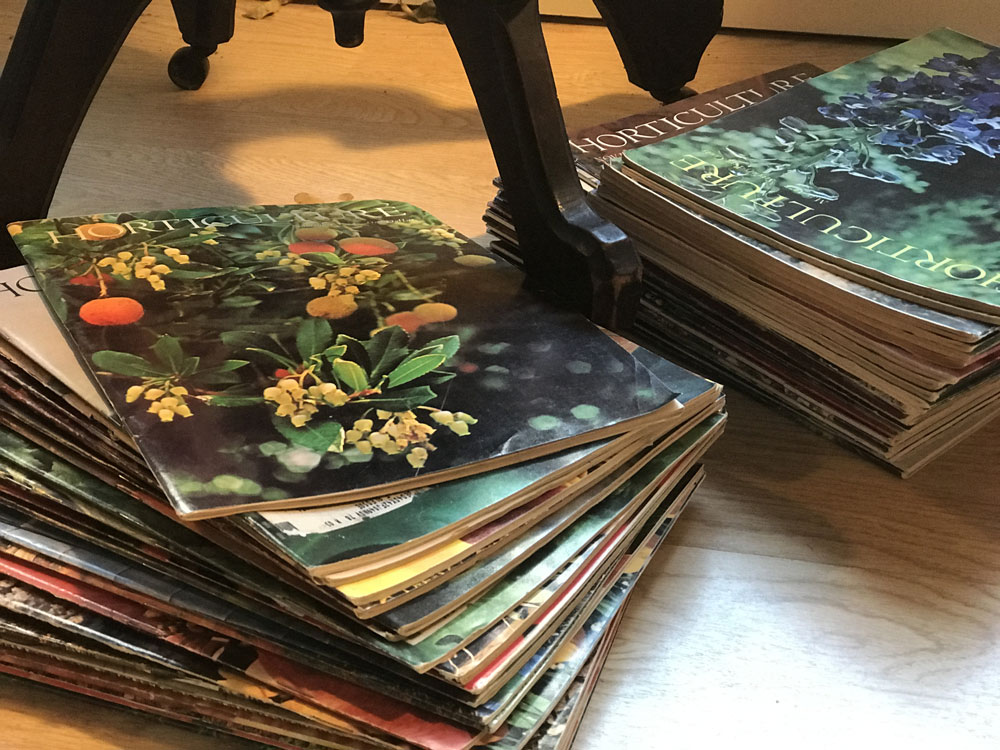 I propped myself against a bookcase, sliced up a plateful of cold, sweet, red Anjou pears and dug in to the first issue on the pile – May 1974 – conscious of the juice dripping from my chin and fingers – unwilling to sacrifice one pleasure for the other.

The issue in my hands was no modern periodical filled with text snippets plated digestibly on graphic-rich pages.  It was article heavy, and ad light – the text small, the illustrations sparse.  I was expected to read.

Horticulture had been in print for 70 years by 1974 – much of it as a plant society journal.  They knew their audience and their audience wanted expertise and experience. James Crockett on the greenhouse, Viki Ferreneia on wildflowers, Dr. Chester Cross with some eyebrow-raising comments on the DDT controversy.

I finished my pear, finished the magazine, and picked up the next one – January 1977 – but here I got no further than the editorial, penned by Paul Trachtman, formerly of Time/Life.

Between pages touting the brand new ‘Super Sweet 100’ tomato hybrid and tea roses for 96 cents,  Trachtman expressed his concerns over the societal changes that an increasingly urbanized population was forcing upon us – in particular, the relationship we were losing with the seasons, with our flora and fauna, and with the natural world in general.  But there was hope, he thought…

“There are many signs that people are now trying to get back to the nature of the life process. The resurgence of house plants and indoor gardening is one attempt to recapture what has been taken away, to regain the beat of biological development.  Our own rhythms are intimately connected with plants.”

I dug a little further. A search through earlier issues gleaned more articles, more enthusiasm…more déjà vu. Houseplant-focused ads proclaimed the life-changing attributes of innovative shelves, lights, and hangers. A special insert in October 1978 highlighted the subject of indoor plants through the words of contributors, and discussed everything from designing your new indoor garden to forcing bulbs in winter. More than a century had passed since the Victorians had popularized indoor plants – and there was much to be said. 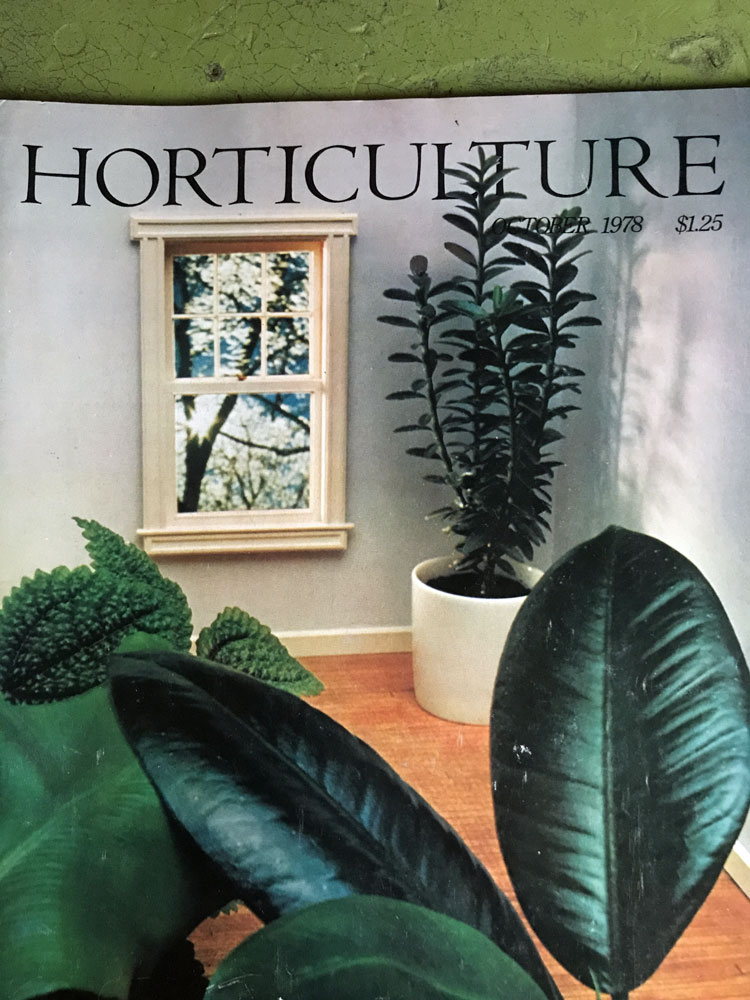 Anything familiar in this issue from 1978? Trending wall colors seem to have come full circle.

In 1977 I was too busy riding my brother’s Green Machine without a helmet to care much about houseplants, and too young to read about them if I had; but forty years later, Trachtman’s editorial was fascinating to a GenX garden writer who had been observing the current craze with a mixture of pleasure, amusement, and concern.

Pleasure, for like Trachtman, I believe that greening our indoor spaces connects us to our vibrant, living earth in an increasingly mechanized and digitized society. The elevation of this activity in mainstream culture should be lauded.

Amusement, because like sex, the youngest of our adult generations have apparently only recently invented it.

Concern, for like all trends, it is likely to lose its thrust and fervent followers. Will we be left with a greener world, or merely landfills bursting with plastic pots in once-trending colors?

Consider that swinging pendulum. In 1977, houseplants were cool, baby. Even the dullest suburbanite had a philodendron sitting in the corner of the living room – often the receptacle for half-drunk glasses of Gallo’s not-so-finest after a dinner party.  My mother had over forty houseplants, and more than half of them deserved euthanasia.

James Crockett’s book The Indoor Garden sold well that next year, boosted no doubt by his nationally acclaimed PBS television series The Victory Garden. It seemed that Trachtman and his party could rightfully feel encouraged that the tide was turning – even if they weren’t thrilled with the accompanying gadgetry of color-changing water meters and talking plant stands that also wanted in on the action. 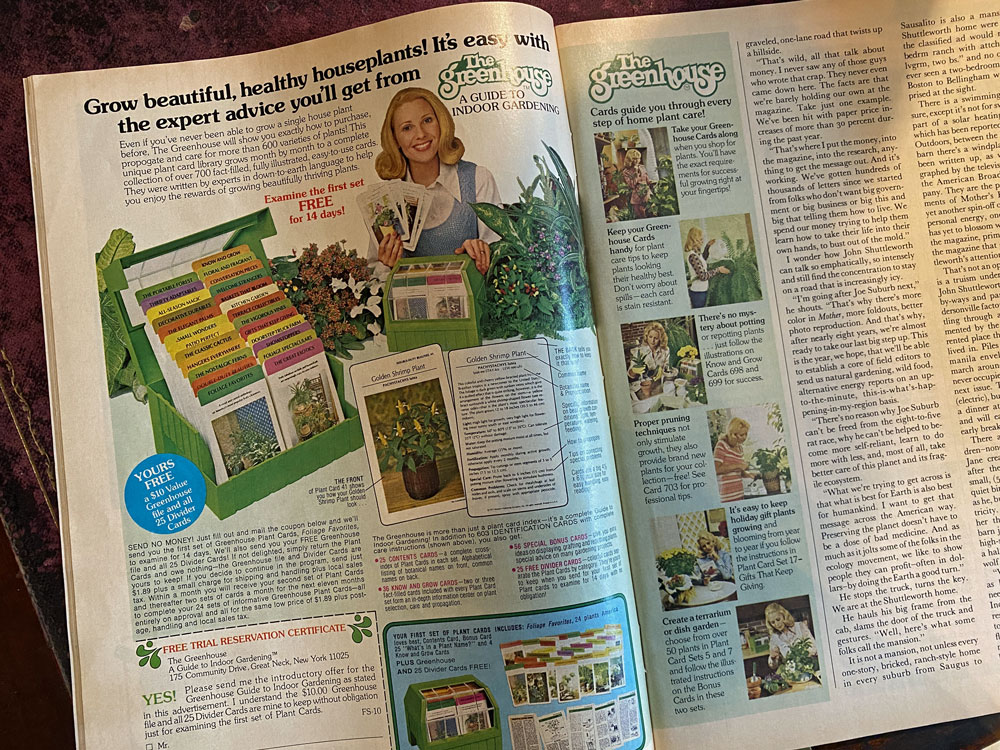 I actually own this bit of send-no-money now paraphernalia – I found the entire thing at a thrift store many years ago. Probably cost the subscriber $150 in the end.

Yet a mere decade later, houseplants and self-sufficiency were out, big hair and neon were in, and we collectively embraced acronyms that made life more comfortable, like VCRs and SUVs.

Plastic-bagged pre-washed salads led us into the 1990’s, and by the end of the decade when Millennials began to emerge into a world of Playstation and playdates, the only one you knew who still kept a houseful of houseplants was your weird aunt who always was a bit of a hippie anyway – and didn’t she also give birth to your cousins on the living room floor?

Gross. Who wanted a scabby philodendron hanging from a scabbier length of macramé?  That was SO 1977. As if.

Fast forward two decades.  Suddenly your aunt’s dusty variegated monstera is on Amazon for hundreds of dollars.  Ikea is selling dracaena. Hipsters have air plants around their necks, and the person with whom you co-parent is proclaiming the oxygenating virtues of sansevieria in between mouthfuls of avocado toast.

How high will we swing this time?  For how long?

Trends can be valuable certainly.  They introduce people to concepts that they may not have considered, and increase accessibility to those who have.  But for the trend junkies who allow themselves to be led, and never develop a strong philosophy behind the trends they embrace, there is no lasting impact. A philodendron has no more value than a pair of Princess Reeboks.  A greener world is no better than a grayer one with white accents. 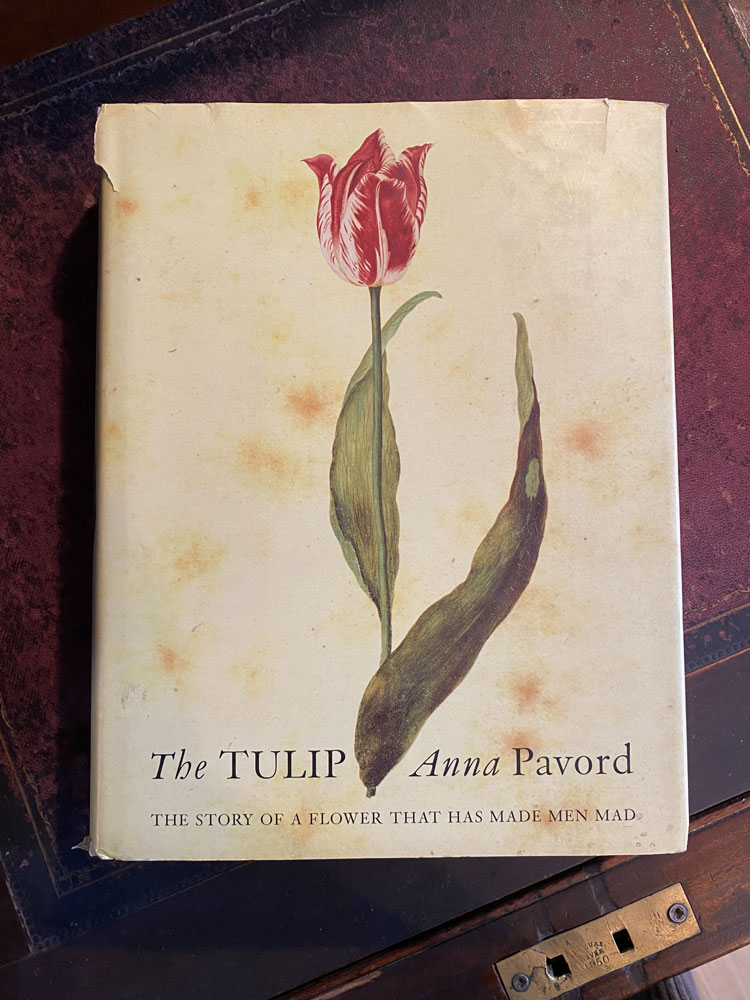 A beautiful primer on horticultural crazes. Or any crazes really….

I certainly want gardeners to enjoy their new urban jungles. I hope they revel in the oxygen high and preach the green gospel to others. But when the influencers stop ‘gramming images of their Midtown Manhattan rainforests and have moved on to the heightened convenience of a ‘natural look’ petroleum-based sansevieria, because OMG, it is EVERYTHING, and so EASY CARE, I also hope the new indoor gardener has gone deeper.

Creating a greener world is not just about now. This moment. This movement. This generation. It wasn’t about 1977 and how well green went with orange shag carpets.

It’s about having a lasting philosophical impact on the generations to come, regardless of what’s popular and regardless of what’s pretty. And that comes from believing deeply in the green life you’re living and sharing it for that sake. I’m thankful there were those in my life who shared it with me.

It’s a trend worth preserving. Keep the philodendron.  Be that weird relative.