Weepers Are the Pedal Steel Guitar of the Garden

There’s nothing remotely like the pedal steel guitar. When played by a true artist, its caressing song instantly collars even the most detached listener and unceremoniously shoves them down the five flights of stairs that lead directly to an emotional reckoning.

A beautiful weeping tree adds the same affect to the garden. The instant we come upon one, an emotional chord is struck. In our hearts. In our souls. It’s pretty hardcore. The classic weeper, of course, is the weeping willow. There’s nothing like one draping over a lazy body of water. 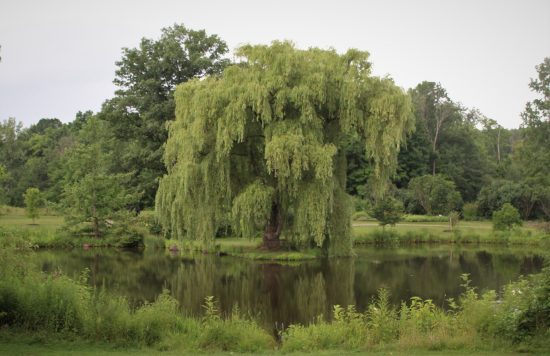 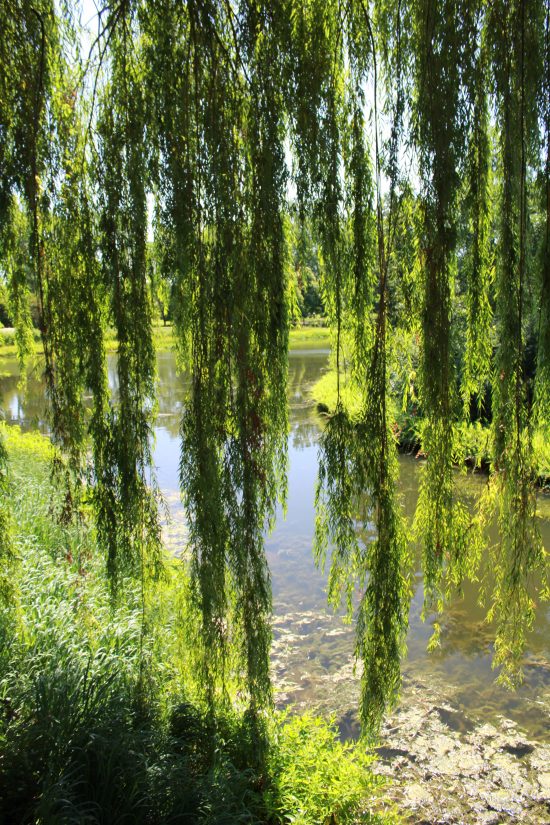 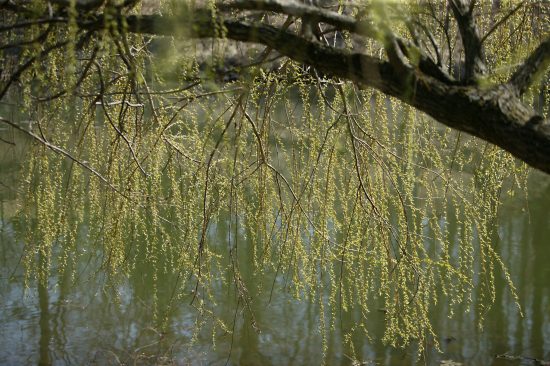 But there are some among us who argue that an old weeping beech is even better. Until someone else comes along and claims that it is, in fact, the purple weeping beech that is the holy grail of weeping trees. Until someone else shuts them both down with solid evidence that it is actually the weeping, purple, fastigiate beech that is proof that God exists. 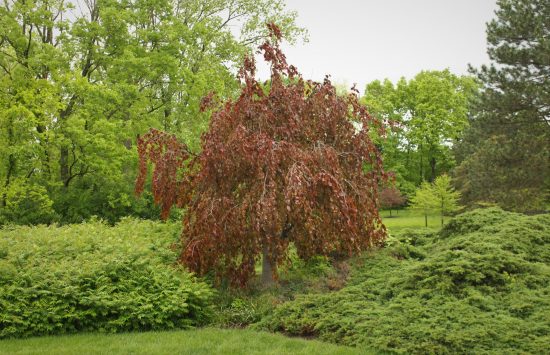 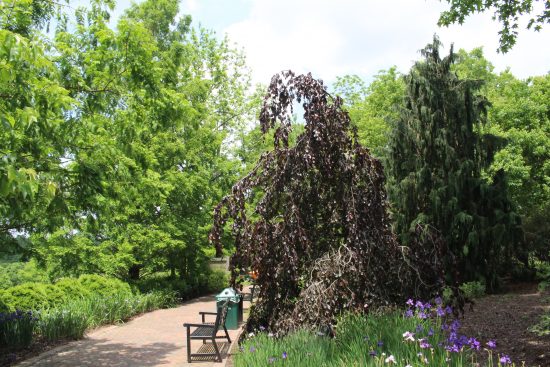 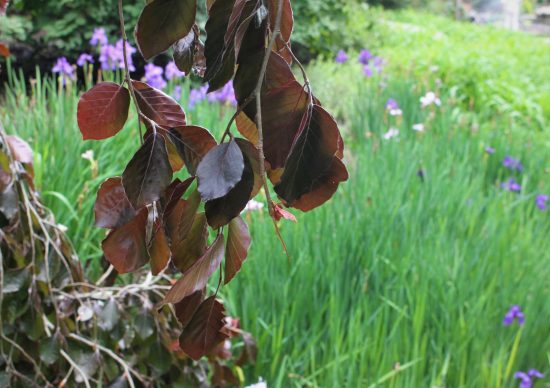 But they’re all wrong.

Any weeping katsura is not only proof that God exists but negates the need for answers to any other hard questions you might have had. ‘Amazing Grace’ weeping katsura does all that and will also make you rich. 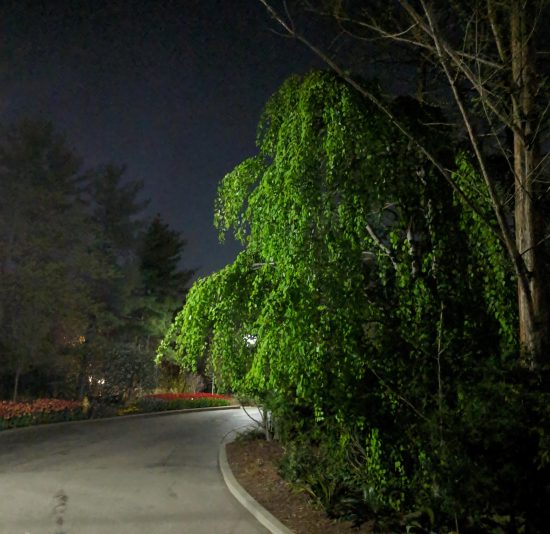 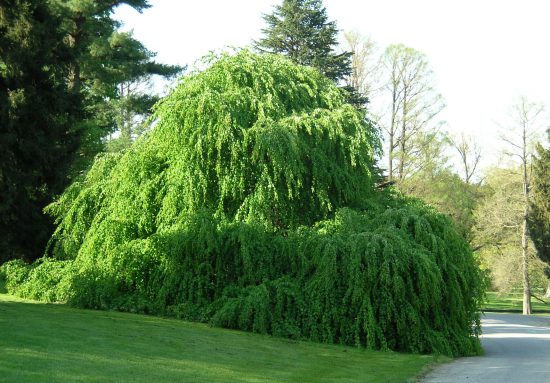 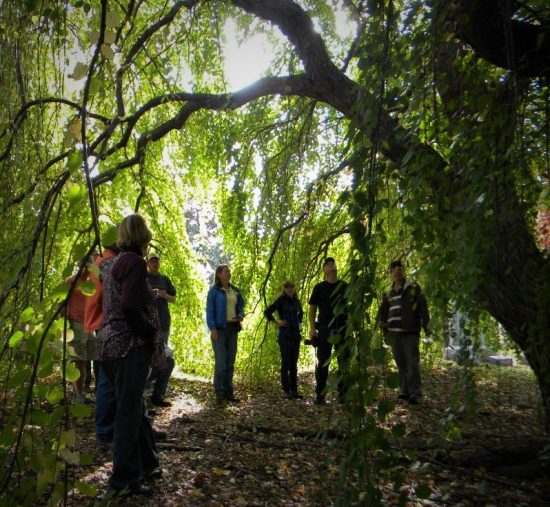 A gaggle of geeks under the boughs of ‘Amazing Grace’ and totally feeling it.

But the truth is, there are a lot of great weeping trees that can bring tremendous emotional wonder to your garden. Unless you use a lot of them. Okay, you can line a stream with a hundred weeping willows and it will look awesome. Or pepper a road with a dozen of the same weeping cherries. But even a pair of different weepers together is an outrage. And more than one of any in a normal backyard or garden suggests the homeowner is crying out for help.

Name one band with more than one pedal steel guitar player. What does that tell you? 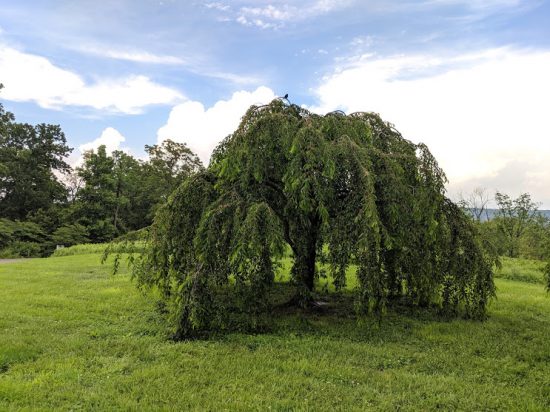 Even when not in bloom, Prunus subhirtella pendula (weeping Higan’s cherry) brings drama. 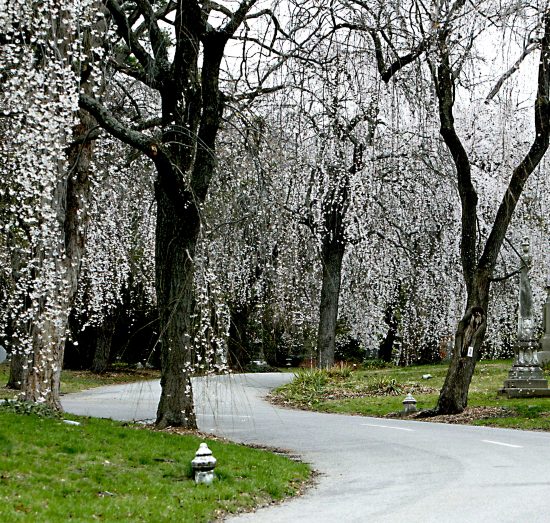 But in bloom, Oh my! 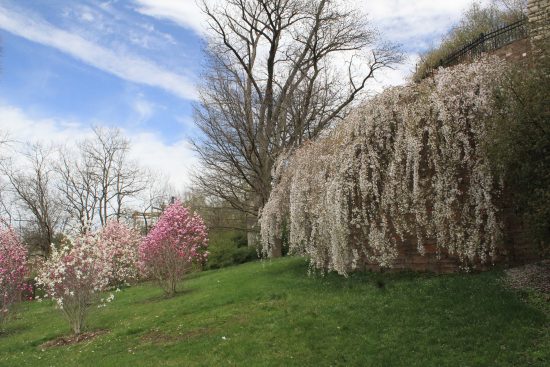 A low grafted ‘Snow Fountain’ cherry dressing up a wall. 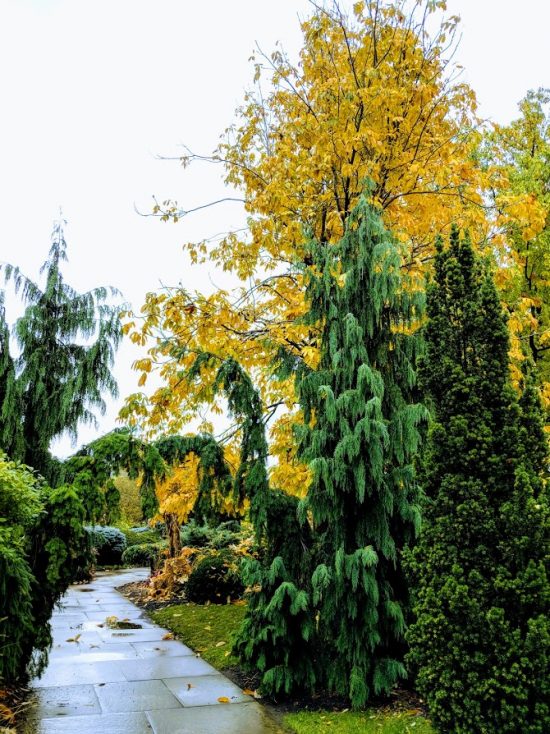