Putting Words of Wisdom into the Mouths of Strangers

Over the years, I have found that putting words into other people’s mouths can be a lot of fun. And it can get one into big trouble. But I’ve never really let a bit of trouble stop me from much. The epitaph on my gravestone should read: “He learned all of life’s lessons the hard way (if he learned them at all).” So why not make a bunch of shit up and have famous people or fictional characters comment on some of my favorite plants? Just remember, the opinions and views expressed in this blog after this sentence finishes are solely someone else’s and do not necessarily express the opinions and views of the author, GardenRant, GardenRant’s legal team, GardenRant’s internet service provider, or that of the entire internet.

“I have seen the future of gardening, and it is called the Sombrero Series.”

Additional commentary by me: I tend to be one who believes that bigger is usually better. Think of the big voice of Bruce Springsteen bellowing big anthems over the big sound of the big E Street Band in a big arena filled with 50,000 big Americans who all somehow bought their tickets sometime in the five minutes before they sold out. Hard to beat. But sometimes just a street smart organ grinder with a monkey does just fine at getting everyone’s attention. Just takes gumption, loud colors, and some rude jokes.

The Sombrero Echinacea are tough, tidy, loud, and little. They bloom forever and a crowd of pollinators always seems to find them. And they never throw their poo at people. 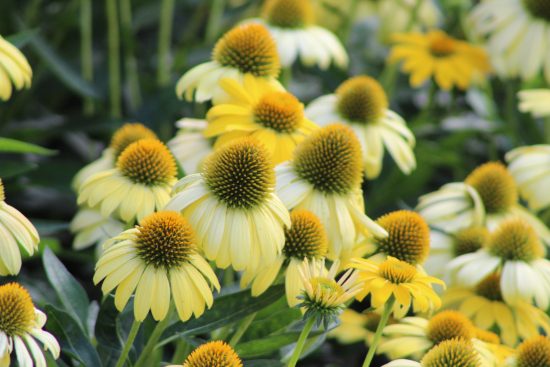 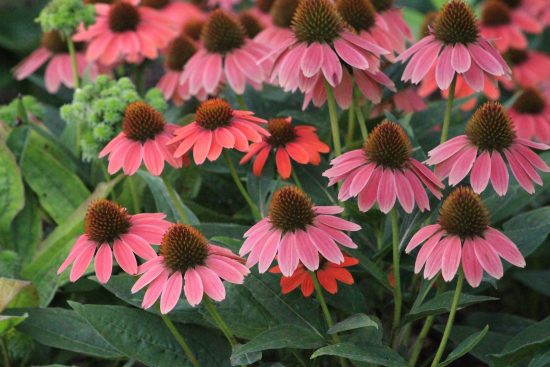 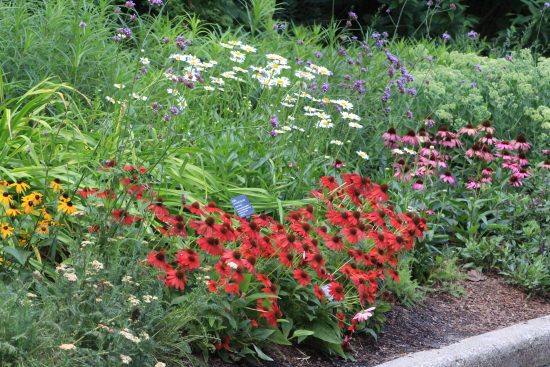 “All these new, exciting ornamental onions is getting old.”

Additional commentary by me:  While not every new Allium selection is a grand slam, all of them are at least base hits. Easy, compact, floriferous, pollinator friendly, and deer-proof. Some might present a bigger strike zone, some a smaller strike zone, some might be starters, some middle relievers, while other are closers, but none of them go into a slump after bloom. Don’t go down looking. Swing for the fences and try a few of them. 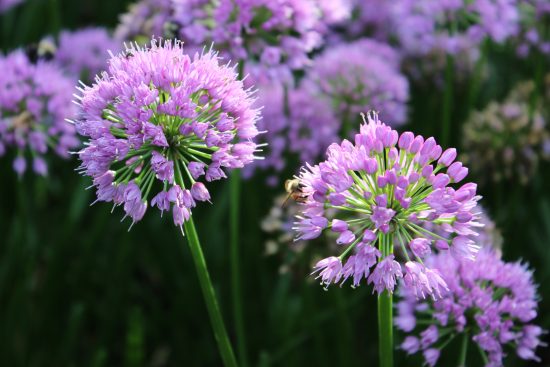 Allium ‘Millenium’ is an all-star. 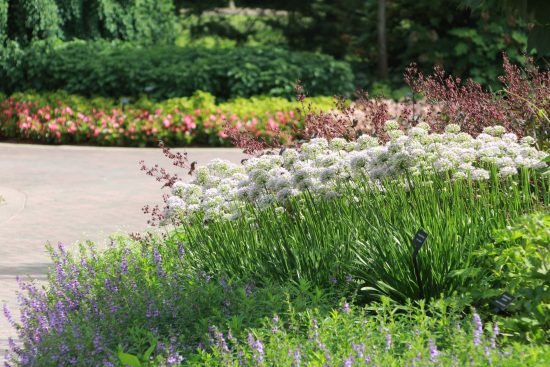 But ‘Summer Beauty’ is just as good. Blooms later. 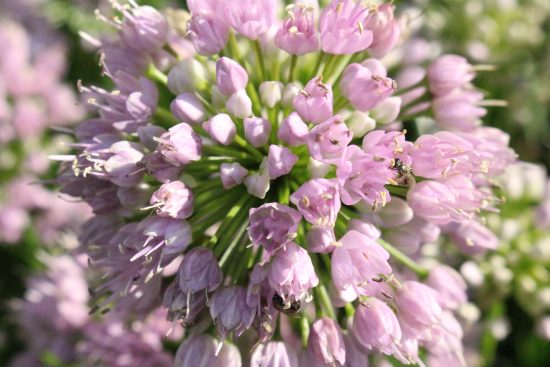 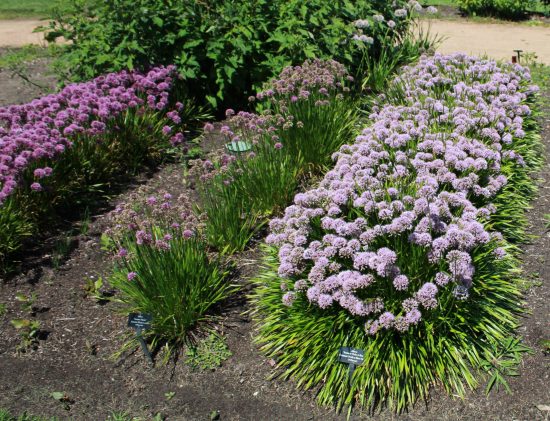 The Kodiak Series of Diervilla as described by John Wayne

“Listen to me straight mister while I tell you what I’m gonna tell you. If you’d a told me five years ago I’d be as giddy as heck about Diervilla, well, pilgrim, I’d a told you to lay off the hooch.”

Additional comments by me: There’s a lot to like about regular, old Diervilla. It’s a pollinator favorite, an Eastern U.S. native, and, like a villain in a John Ford movie, really hard to kill. But, until this new series came around, the species lacked anything resembling box office star power. That has changed. Now offering foliage the color of a big sky sunset throughout the season and staying fairly compact, the townsfolk are no longer forced to relegate Diervilla to the back forty as an oblation to the ecosystem and can now freely plant them in the front yard without fear of a posse of HOA do-gooders showing up.  A tough plant with an effeminate walk, the Kodiak Series rides high in the saddle. 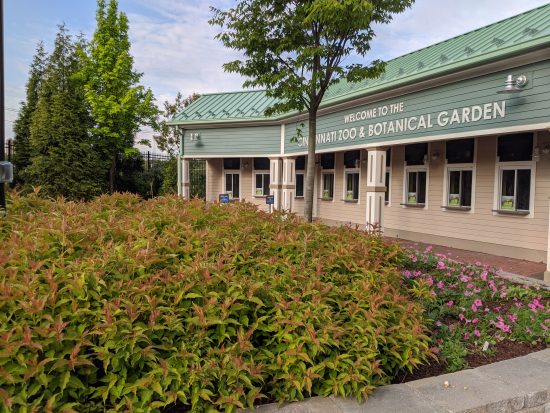 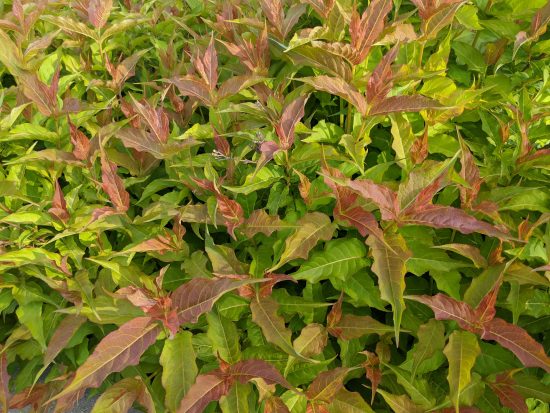 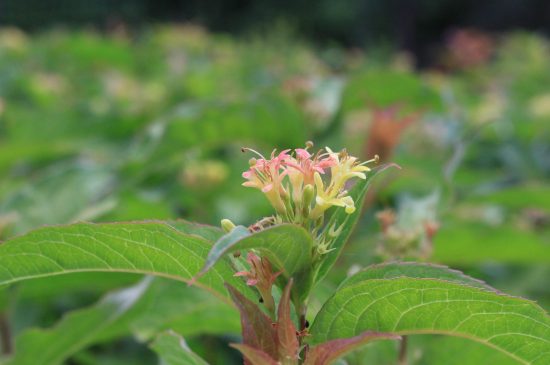 “The Dude abides. Sedges really tie the garden together and all I want, man, is a little grass.”

Additional comments by me: Perhaps the first group of plants one should consider for filling in between other plants. In fact, if I were more like Walter I might even declare sedges are the secret ingredient to making “matrix plantings” work. And those “new naturalism” gardens too.

The only problem with sedges is there are a million of them and it is the absolute, God’s honest truth that no one on planet Earth can tell 999,900 of them apart. But, oh, that other hundred! Some are aggressive like nihilists, some form tight clumps like a fresh set of bowling pins. Some like it wetter than a white Russian while some like it as dry as Donny’s ashes. As the Stranger said, “Dude, I don’t know about you but I take comfort in knowing sedges are out there. Sometimes there’s a genus, well, a genus for this time and place. And Carex fit right in there. Like some of that good sarsaparilla.”

No doubt, sedges will become a more integral part of horticulture and many new varieties are coming but, in the meantime, these are some great ones that you can buy right now. Don’t hedge, go plant a sedge. 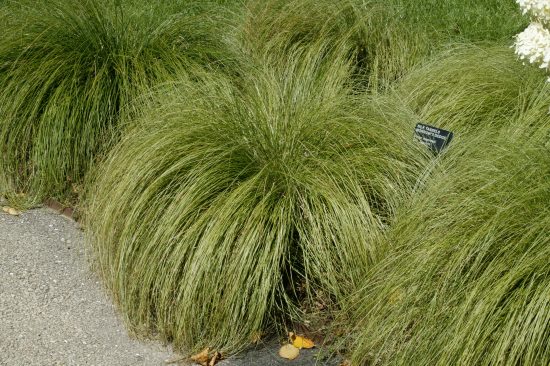 Carex ‘Silk Tassels’ seems to dig abusively dry shade, but does better if you give it some loving. 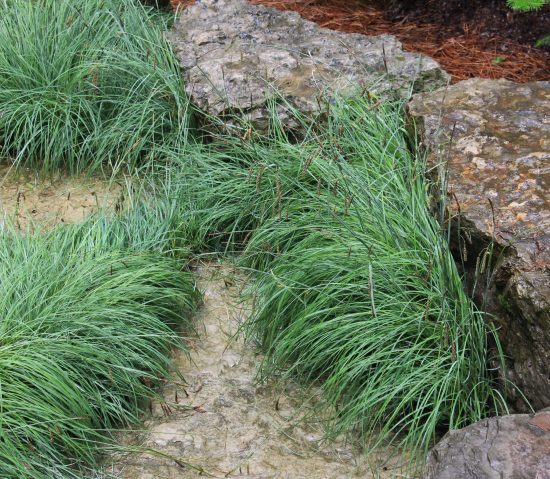 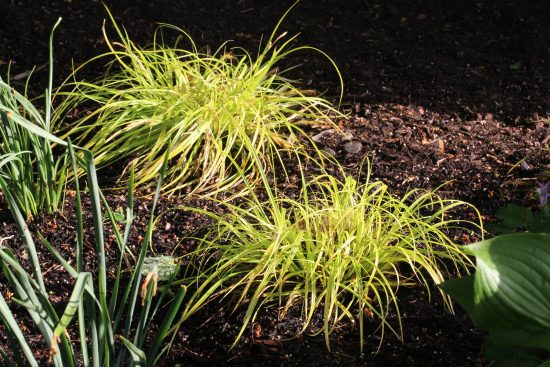 Carex oshimensis ‘Evergold’ is like a beam of sunlight in the garden. 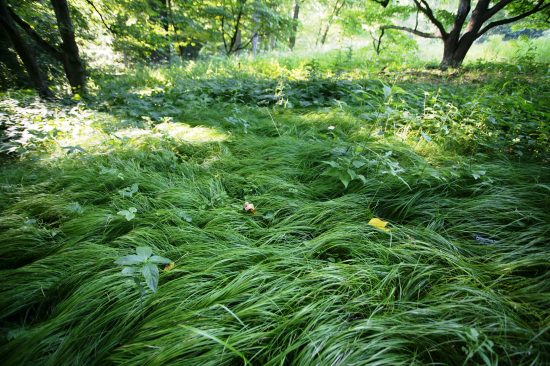 Carex pensylvanica at Mt. Cuba Center. A natural beauty for the woodland.

I wish I had time for more, but I’m having a bad day and I really hate the Eagles. And, yeah, well, you know, that’s just, like, my opinion, man.