Where do you hide your weeds?

We all do it. Sometimes we do it in other people’s gardens and we really shouldn’t. I mean the random weeding as you walk round the garden, deep in conversation with a friend. Suddenly distracted by the sight of a bad plant in the wrong place we interrupt the conversation and leap into a flower bed to heave it out. Or sometimes, more discreetly, we just bend and gently remove the weed. 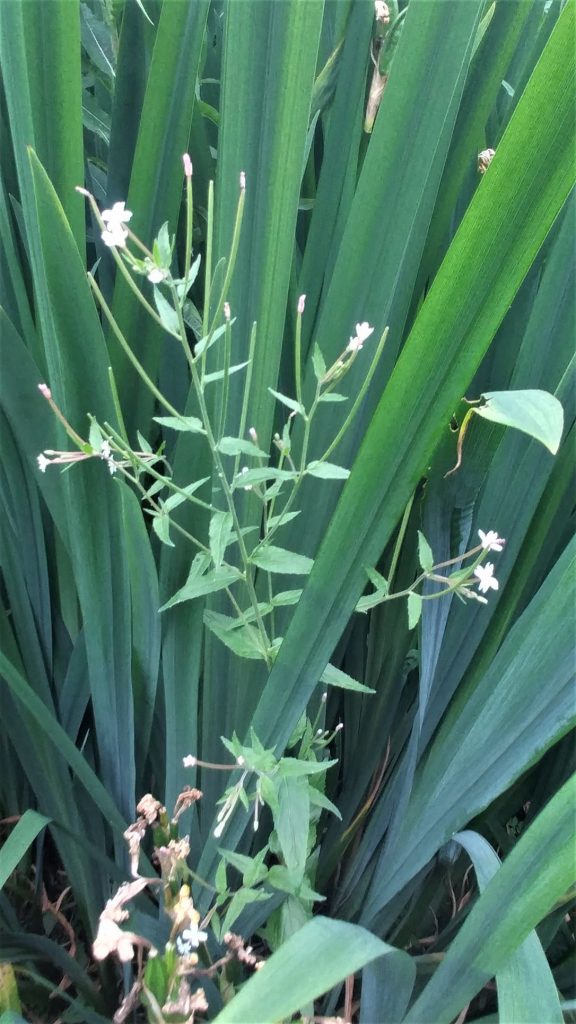 This is a specially good one for casual weeding – it usually comes up easily, root and all…

And then what? You don’t want to spend the rest of the walk clutching a wilting weed. Especially since that will inhibit your attempts to remove any other ones. And ideally you have a glass in the other hand.

Well, what is a hedge for? There’s almost always room underneath for the odd weed, given a bit of kicking and shoving to tidy it up. A shrub is good for this too. I remember a time when Charles used to tell me off for shoving weeds under hedges and shrubs. I notice that he does it too these days. It’s good feed for the hedge, of course, a bit of dead plant. 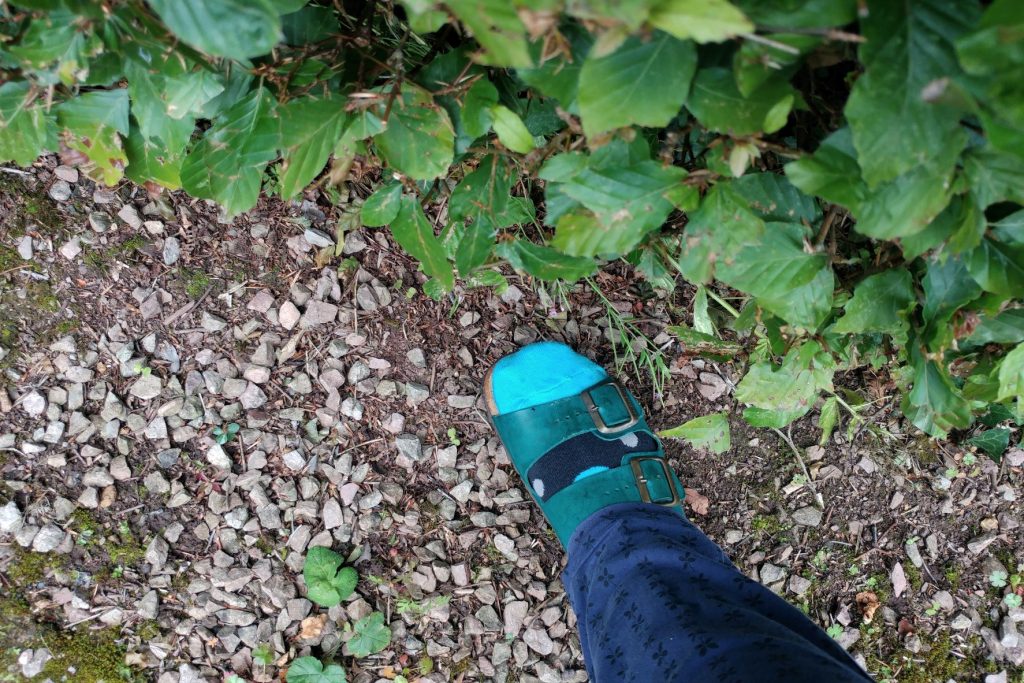 A little distraction helps, of course – you hope everyone will look to the left, just in case you left a bit poking out.. 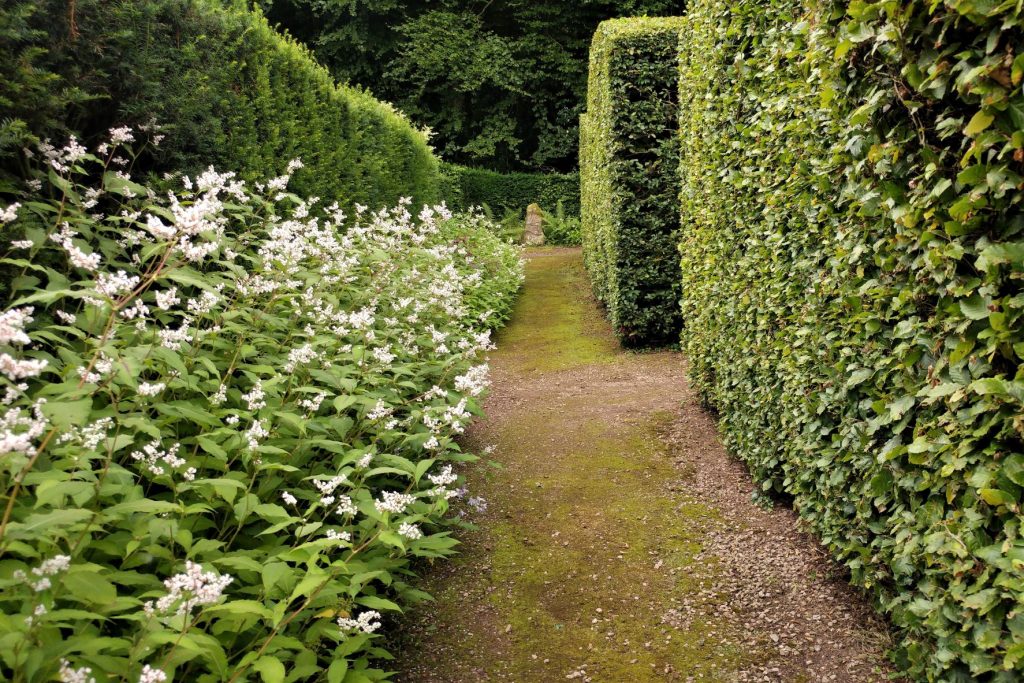 Persicaria campanulata ‘alba’ on the left

Sometimes the shrubs are large enough and loose enough for you to just chuck: 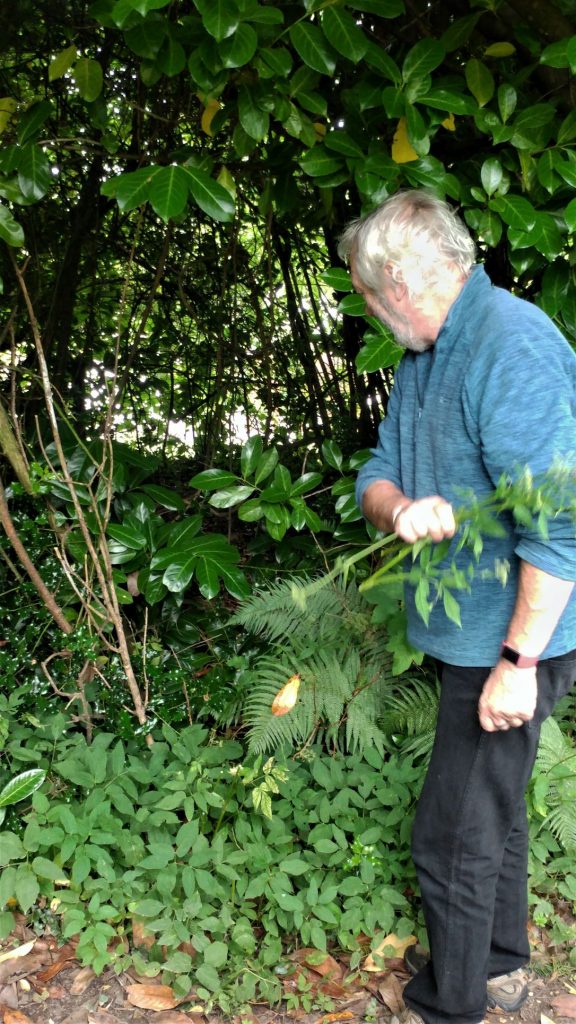 Charles is happy to do that too, these days….

Though you need to chuck carefully – sometimes this just leaves a weed dangling rather conspicuously in the shrub.

But it’s better than being so proud of what you got out that you leave it on the path, expecting applause. 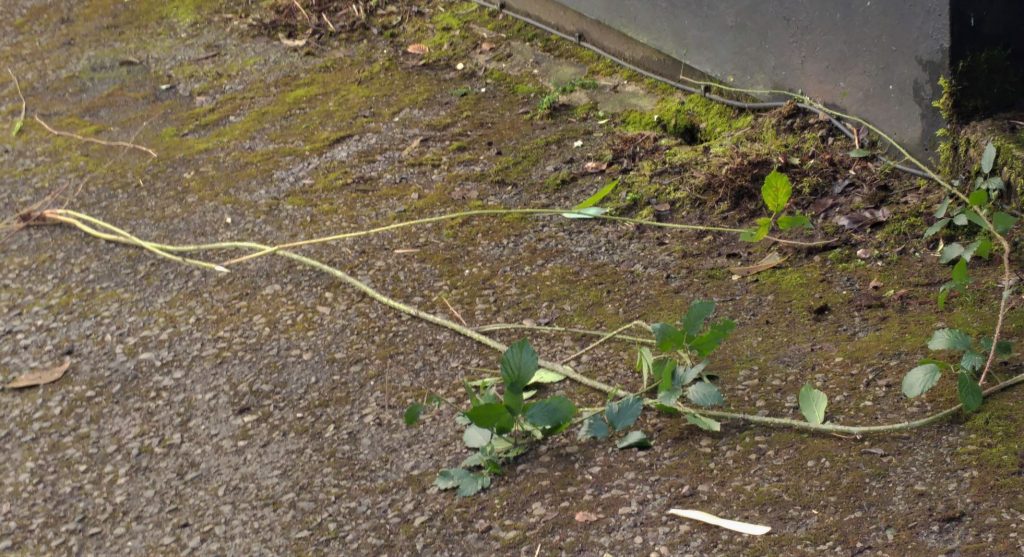 Another answer is to throw it over a fence, into a neighbouring field, to generously feed the sheep: 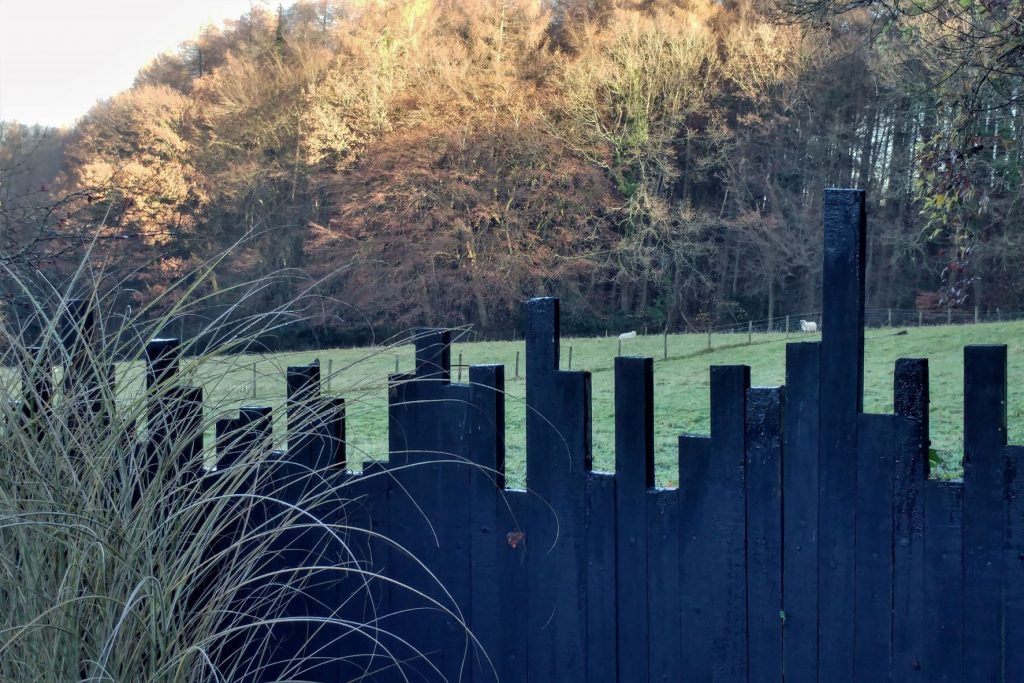 There was a time when I pursued a rather good answer to this problem: weeding baskets, scattered strategically around the garden, waiting to have weeds dropped in. 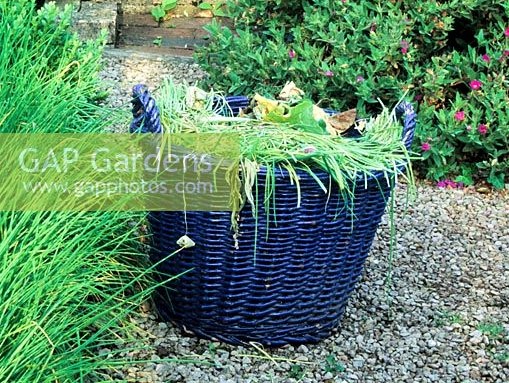 One of my weeding baskets, by kind permission of Charles’s photo library, Gap Photos

As you can see they tended to get rather full. Sadly, they also used to get wet, and stay wet with sodden weeds, so they rotted. Painting wicker was a bit of a pain, and the baskets quite expensive, so this Great Idea fell into disuse. Plastic tubs work quite well though – 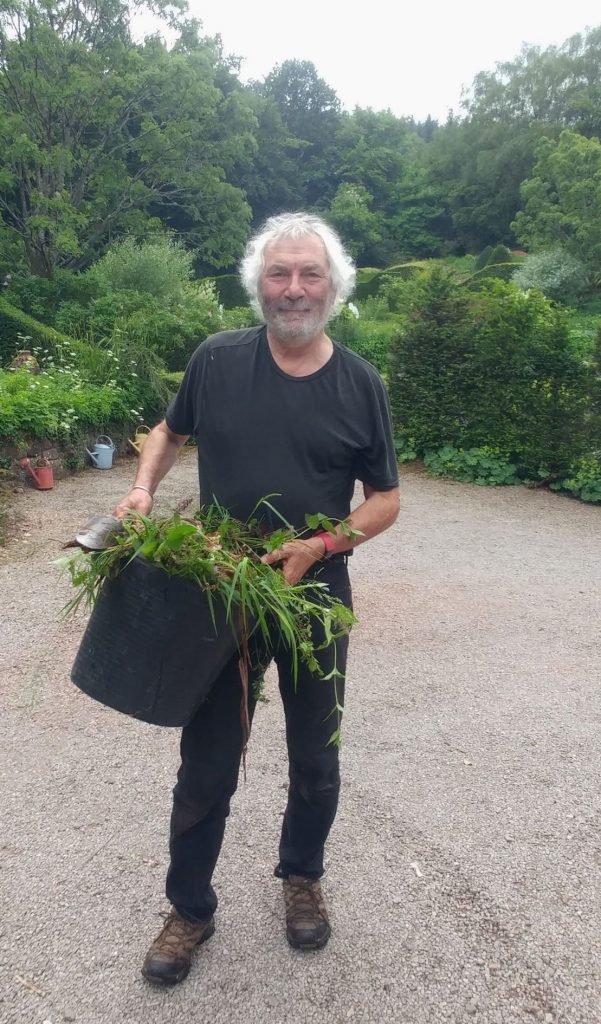 Looks terribly pleased with himself, don’t he?

And why would you not do some casual weeding in a friend’s garden? Because it’s like the proverbial running the finger along the mantelpiece – it’s being critical of someone’s house – or in this case garden – keeping,

And also because you cannot be sure you share the same view of what a weed is. 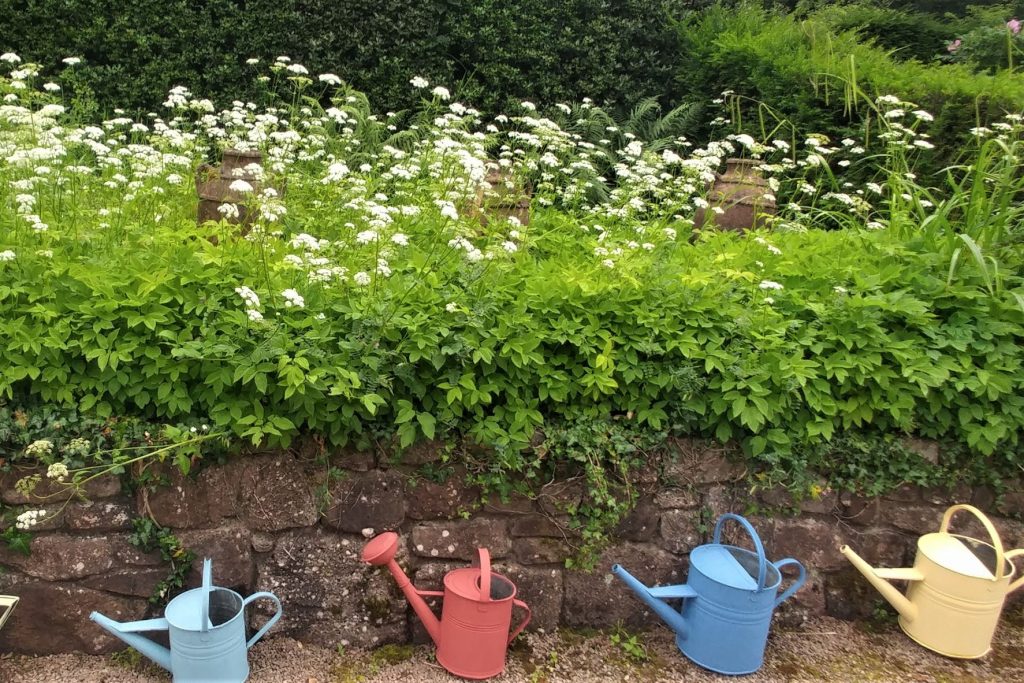 Not everyone has a ground elder bed, whereas I’m very fond of mine.

But, on the other hand, I have offered visitors bags to put this in, to take away with them: 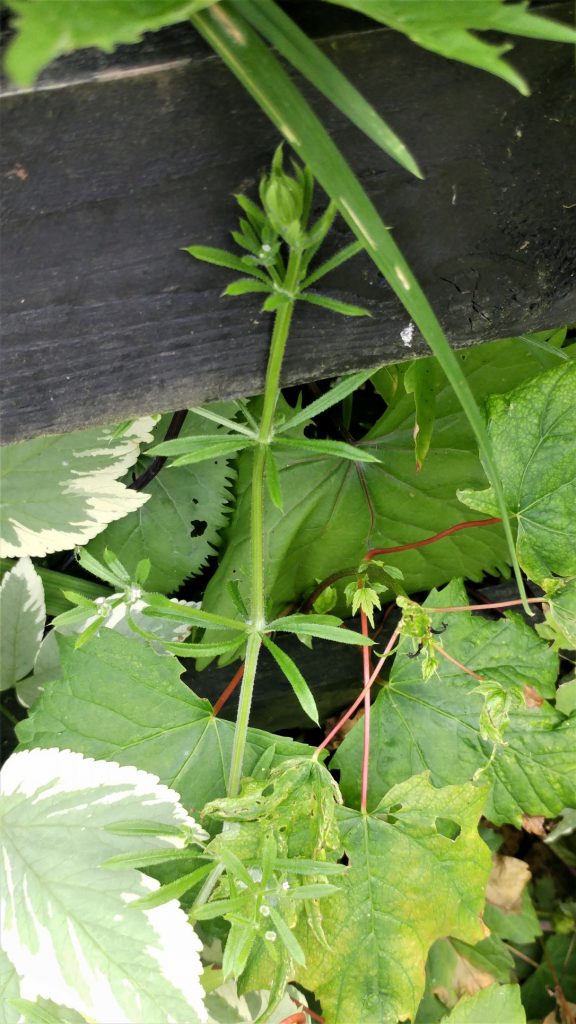 Helpful people have filled bags for me, but have never taken them away with them.

And people have been known to cultivate bindweed.  It is quite pretty….

Just now, this is one of our favourite parts of the garden, and you might say that it’s full of weed…. it’s simply ancient pasture (over 200 years unploughed, I believe) with extras planted in somewhat randomly. 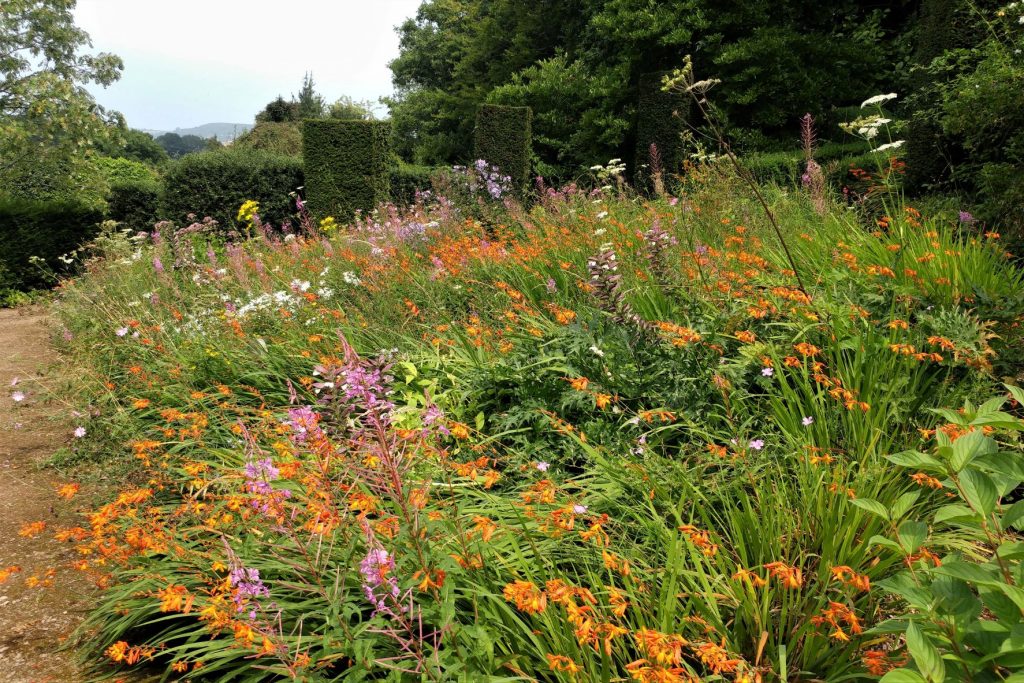 Which are weeds, then? 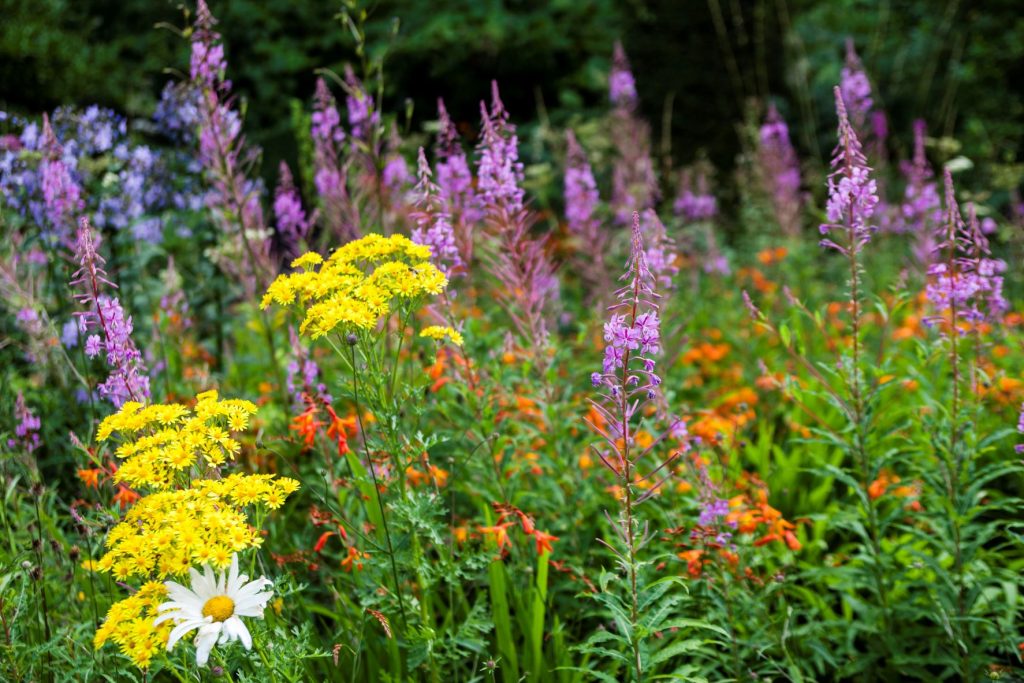