The greenhouse is up! End of journey, or beginning?

“You mean you grow all these plants without a greenhouse?!?” came the shocked question during a tour of my garden last weekend. 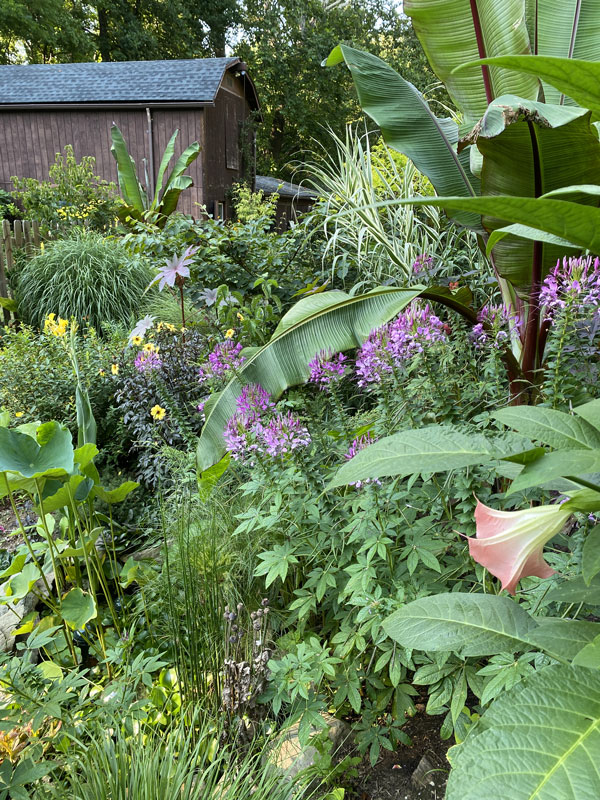 “Yes,” was the answer.  A resounding yes.  A yes that has been a wry yes for all of the seed starting and propagating and make-doing that has characterized my gardening life to this point. And, over the last decade of working with subtropicals and tropicals, a self-satisfied, smug yes. A yes that I’ve earned through trial and error, and which leaves its mark not only in knowledge gained and two books written, but in a deeper understanding of what it means to long for something.

And now, also as of this weekend (coincidentally and chaotically), a greenhouse emerges in the middle of all that cold-framed foliage and basement-stored bloom.  What to think of it? 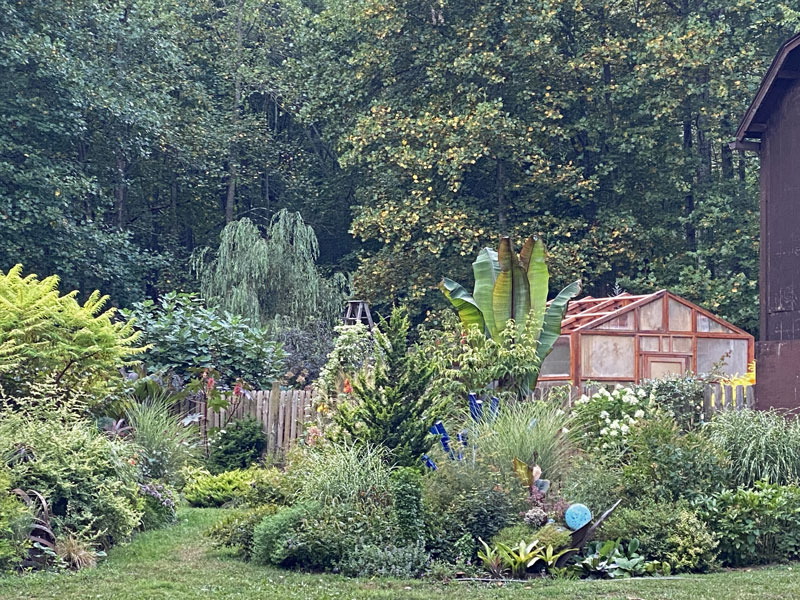 It’s there and it’s beautiful – if a little dirty. Still have some cleaning to do after the flooding disaster.

Skills built without a greenhouse.

I stood in the garden yesterday morning contemplating that question – what to think of it? – and then realized ten minutes later that I wasn’t thinking about IT at all, but everything that existed before the greenhouse.

That mental space is a very safe, very confident place. It’s a great place to hang out instead of musing over the hundreds of dollars of plants I may very well kill in the first three months of owning this thing.

As of this weekend, I’m in undiscovered country.  It’s as if you just handed me my first tomato seedling and a trowel.  The green part goes above the soil, right?  Yes. But sometimes no.  So much to learn. 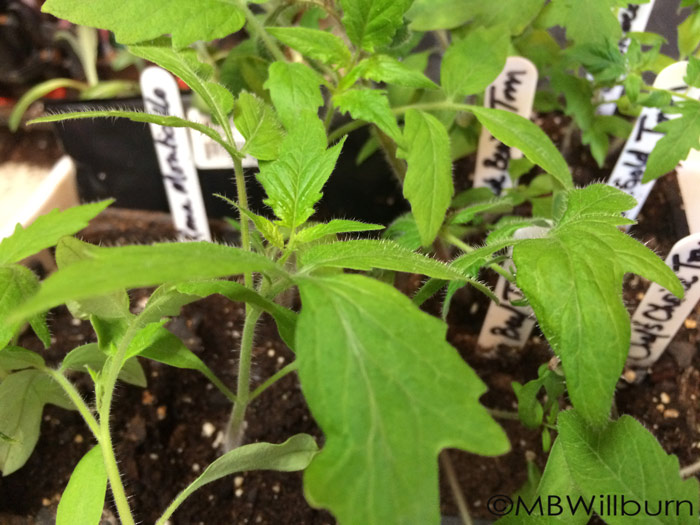 It’s too easy to forget what you didn’t know.

Worrying. Instead I thought of the milk-jugs I used to save in order to start seeds outside in the winter, tired of giving over the top of my washing machine and refrigerator in a tiny house where every square inch was precious. 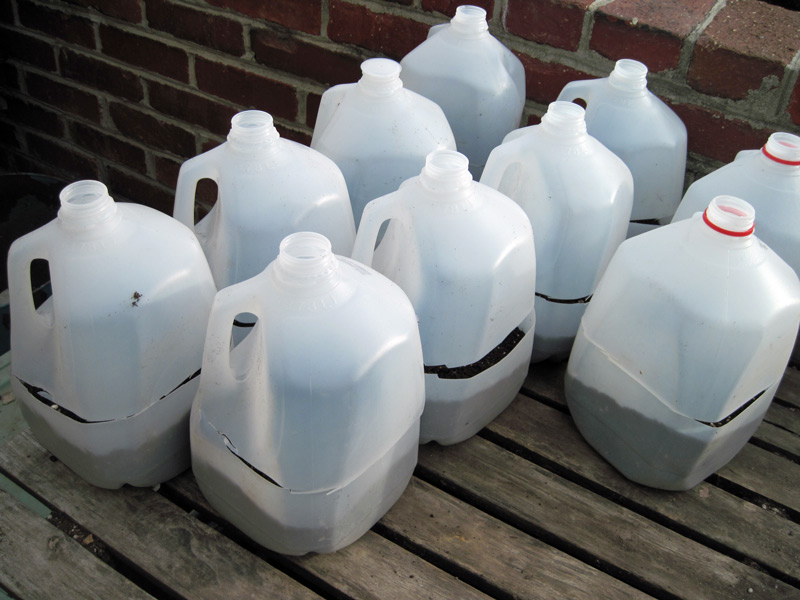 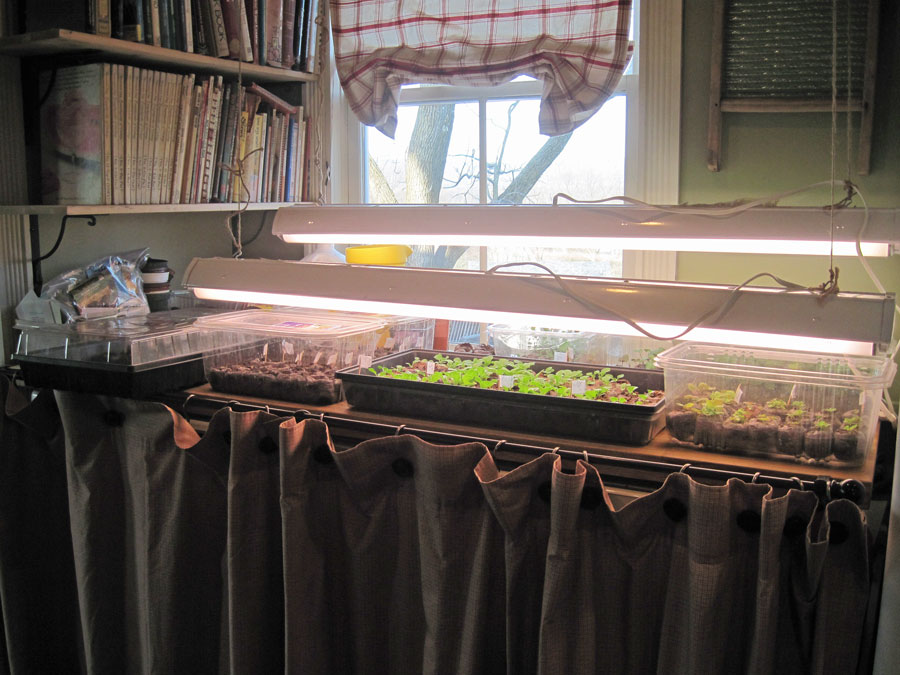 Giving over the top of your washing machine for 8 weeks in the winter is trying, to say the least.

I thought of standing in front of a 50-foot roll of 6ml plastic at Home Depot – hemming and hawing over the $29.99 price tag as toddlers struggled to get out of the cart, sending 10 foot lengths of CPVC pipe rolling down the aisle. 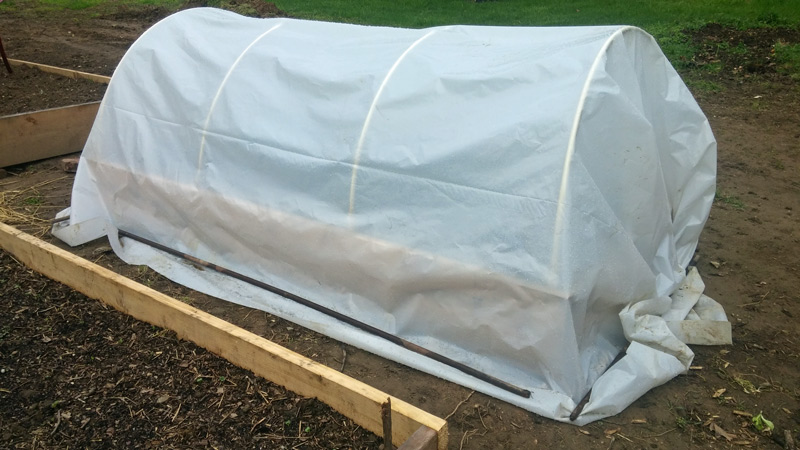 I still have a few feet of plastic from my original roll stored away.

I thought of the first $39.99 temporary “greenhouse” that I splurged on with grocery funds at an Aldi’s in Pennsylvania. Nothing more than a cold frame, but a useful investment as it allowed me to harden off hundreds of seedlings without shuffling trays indoors on March evenings. I still use that rack as pot storage. 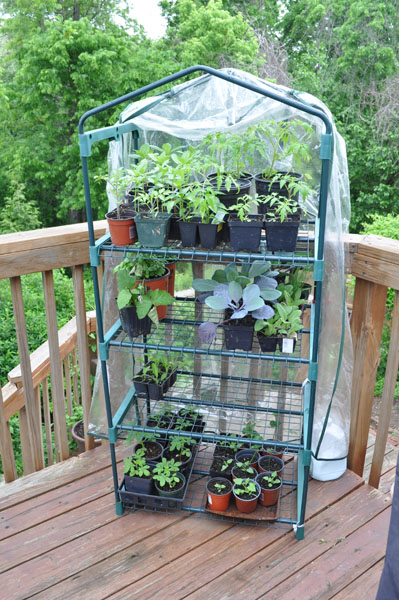 I thought of the wooden cold frame I constructed with the bits and pieces of a building project, and two old window sashes removed from our last house.  The glass panes made me feel as if I was getting closer to the dream of greenhouse ownership. Despite my pathetic-woodworking skills it had solidity. Even if it was only 2×4 feet of solidity. 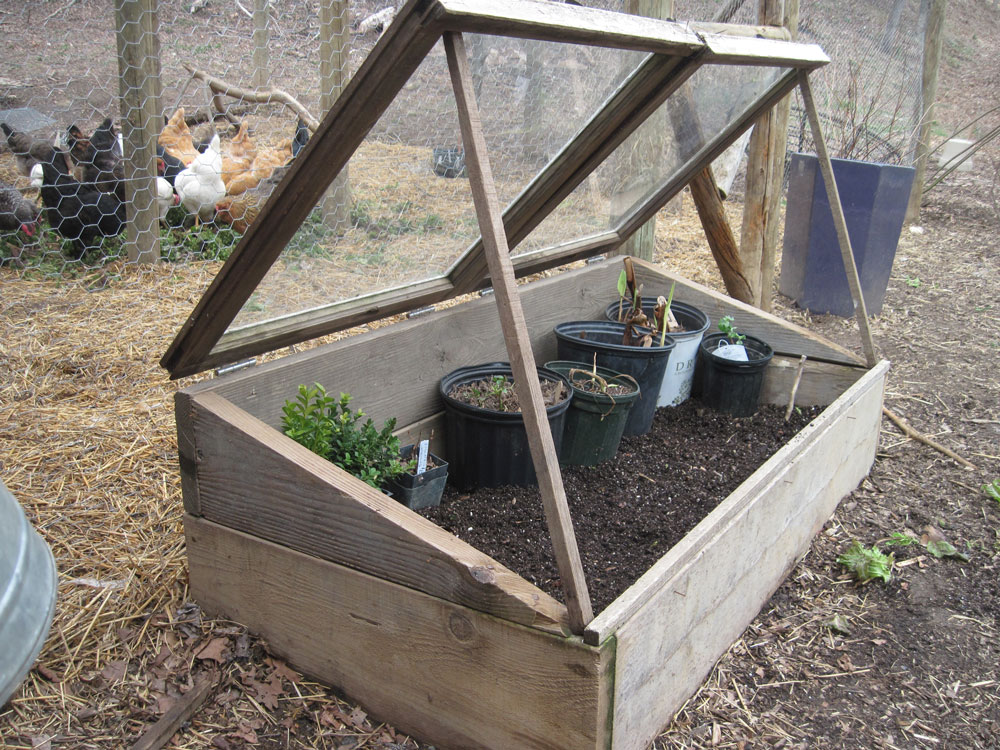 Proving that if you have a hammer, nails and a saw, you can do just about anything.

And I thought of the decision that I finally made to stop talking about it and commit to specifically saving for a greenhouse – no backtracking. For it had to be that kind of decision. I am ridiculously and often stupidly frugal. 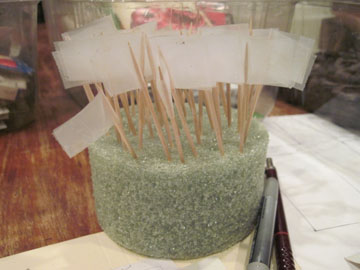 Cheapskate seed labels. I do stuff like this all the time.

Shamefacedly I admit that almost everything substantial around here is calculated by the inflexible laws of ROI – Return on Investment. Creatives can immediately see the major flaw in this strategy.

Art is rarely about ROI unless you are collecting, not creating; and in my opinion, creating a garden is one of the highest forms of art.  Could there possibly be Greenhouse ROI for a gardener who did not sell her plants, or charge to have her garden toured, or even monetized her damn website? 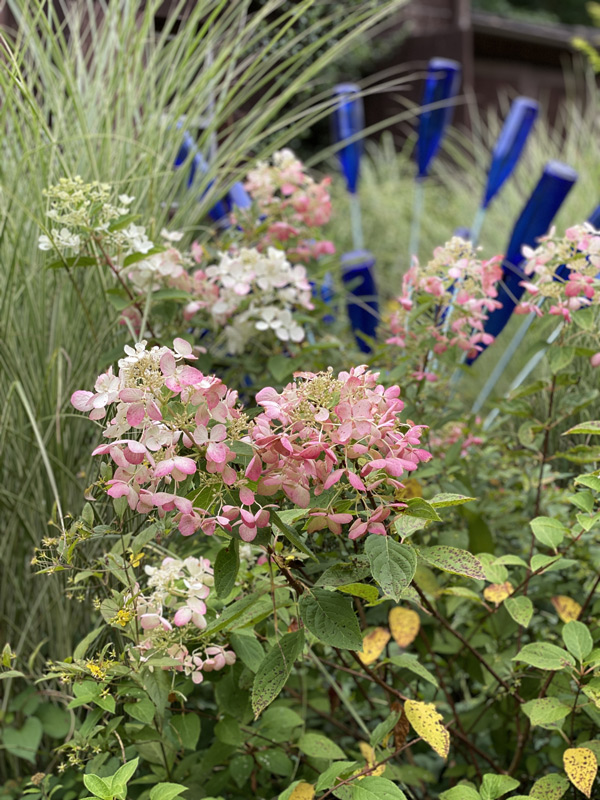 No. It had to be about something else.  A new skill to learn — a new adventure in gardening.  Fundamentals to study, new plants to try, a new phase in my gardening life.  A different kind of ROI – an investment in my growth as a gardener.

I made the decision from that confident place: Look at all I can do without a greenhouse! Imagine what I can do when I’ve actually got one! It never occurred to me that it would terrify the hell out of me.

I’ll get over it.  But it is a curious feeling nonetheless. – MW