Abra Lee is unearthing the American history of Black ornamental gardening—one story at a time. The White Lion landed near Hampton, Virginia, in 1619. On board were an estimated 20 Africans. Among them were mothers, artists, farmers and businesspeople.

All were enslaved. By 1860, there were nearly four million slaves powering the U.S. economy. Black bodies in bondage were preferred bank collateral for cotton field production in lieu of plantation land or antebellum homes.

If a race has no history, it has no worth-while tradition, it becomes a negligible factor in the thought of the world, and it stands in danger of being exterminated … In such a millennium the achievements of the Negro properly set forth will crown him as a factor in early human progress and a maker of civilization … Must we let this generation continue ignorant of these eloquent facts?… Let truth destroy the dividing prejudices of nationality and teach universal love without distinction of race, merit or rank. 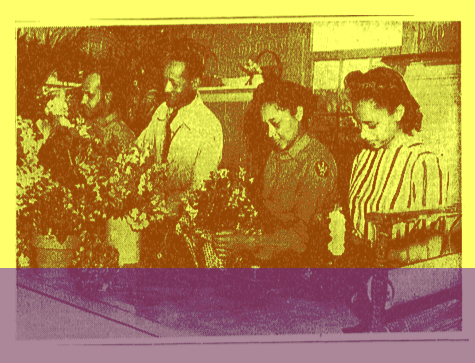 Asa Sims (1946), 2nd from left in his floral studio, in Hampton Roads, Virginia, with his son-in-law and daughters

It is a common misconception that freed slaves wanted nothing to do with the soil after the Civil War.

Abra uncovered a 1946 quote in “Chatterbox,” the gossip/human interest section of the Charlotte Observer. Gardener and author William Lanier Hunt spoke to the “Women’s Club” and said:  “I am going to plant a garden in Natchez soon. Or rather a series of gardens. There’s a place where there are a lot of old slave cabins and I am going to plant Negro gardens around them. You know these Negro gardeners preserved many of the old rare flowers for us. When the war was over, and old homes were burned or deserted, the former slaves had taken cuttings and roots that had originally come from England and the Continent…and planted them in their little plots. They have some magnificent, rare flowers.”

“This really lit a fire under me,” Abra said.

It’s not the setback. It’s the comeback!

Abra Lee, 42-years old, is a fifth generation native of Atlanta with a Horticulture degree from Auburn. She flunked out but returned, as the only person of color in her class, and graduated in 2002 after five and a half years. (“You ain’t gotta be perfect. You just gotta keep going.”) Her blossoming career has taken her from greenhouse worker to municipal arborist, University of Georgia Extension Agent, to Landscape Manager at international airports in Atlanta and Houston, to distinguished 2020 Longwood Gardens Fellow. 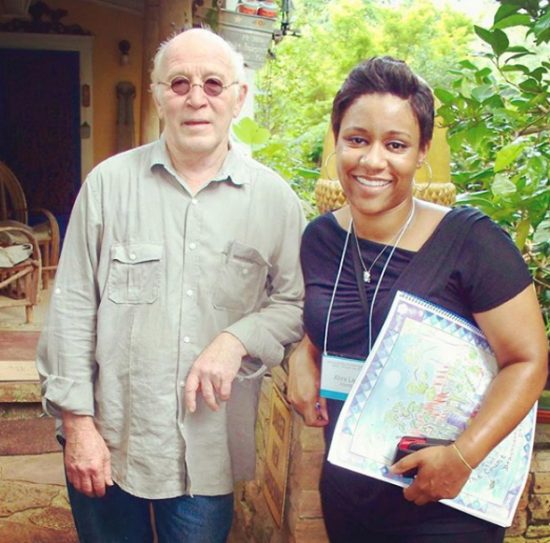 Besides ornamental horticulture, there is her passion for storytelling, writing and the self-taught study of Black Garden history.

Ryan Gainey, the late, well-known, and flamboyant garden designer from Decatur, Georgia, told Abra in 2010 that she should learn her garden history. Abra thought he meant the Hanging Gardens of Babylon. “No, Abra, your garden history!” Her mother emphasized: “Who do you think was laying out the gardens before you?” Gainey, Abra, and her mother all had rural roots. Gainey grew up in Hartsville, South Carolina. 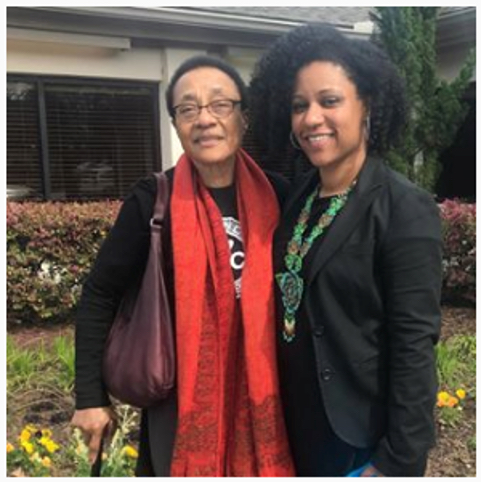 Abra had her epiphany

“My background is ornamental horticulture,” Abra said. “I worked in it, I taught it. I was a landscape manager in it but was always more fascinated with the storytelling. That was a big deal for me”

She started thinking about the yard art and horticulture she spent time around—in the “red-dirt country” of her mother’s hometown in rural Barnesville, Georgia—and the influences of her aunts and uncles. “I am interested in my culture as a Black woman, as a southerner—a proud southerner. I think about soul food, I think about hip hop and jazz and the blues and Negro spirituals and all those contributions Black culture has made for the United States.”

Abra’s father was the Director of Atlanta Parks under Mayor Maynard Jackson who would take his daughter to Piedmont Park and the gardenesque Oakland Cemetery on weekends. Her mother was an educator who wasn’t about to let her college educated daughter school her on gardening. “I came back from Auburn and called a bush a shrub and a yard a garden. My mother was disappointed that I had the nerve, as her child of privilege, to come back from college and shame the legacy of my Aunt Lois, who grew up on a farm her father had started…Mother wanted me to understand, in that moment, to appreciate my upbringing—the vernacular landscape and the yard art. Aunt Lois ain’t wrong.” 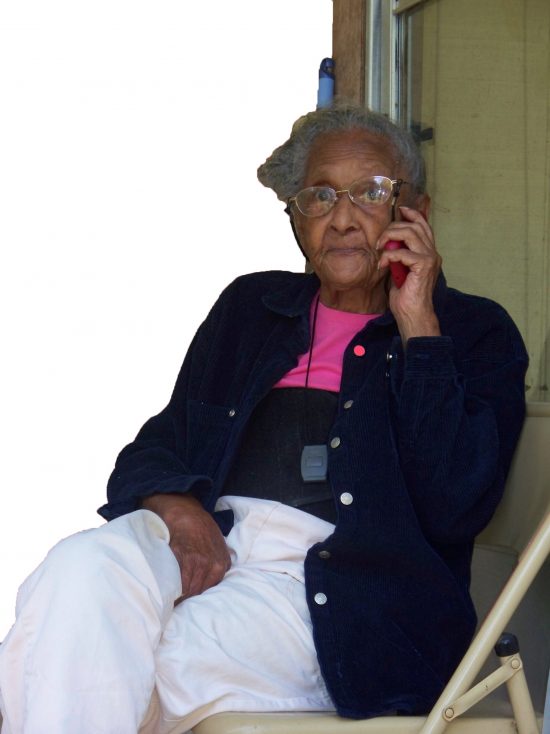 The Barnesville, GA, family’s farm has been a wellspring for as long as Abra can remember.  “My Aunt Lois was my grandmother’s sister. She owned the 27-acre farm and lived there by herself.  Aunt Lois had a traditional African swept yard.  They sure did.  They had cows, chickens, a smokehouse, yard art—you name it.”

Swept yards were a dry-spell safeguard against brush fires. In new world gardens, besides the neat aesthetic, insects might not have been as prevalent, and you could spot a slithering snake or suspicious footprints from the front porch.

Traditional swept yards in the south were neat as a pin.

Abra remembers: “Aunt Lois swept her dirt perfectly. Chickens would come and walk through it. Aunt Lois would come back to sweep it again. “I’ve seen it with my own eyeballs. I’ve lived it,” Abra said. 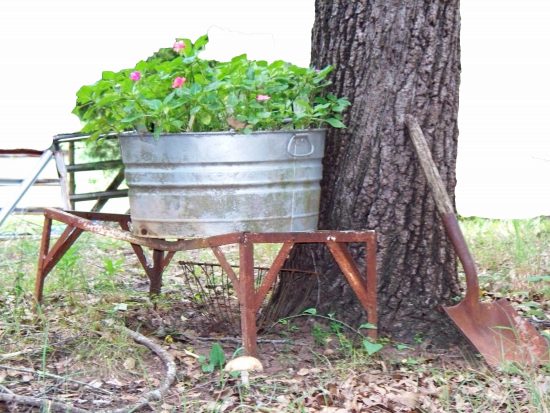 Swept yards and the vibrant colors of flowers clothes, pots, pans and bric-a-brac are a legacy of the African diaspora. Repurposed colored bottles, hubcaps and old sewing machines figure in, too. “The colors are brighter. It’s just joyful, not so subtle. Bisa Butler, a quilt artist, calls these Kool-Aid colors… Butler and the Black flower sellers of the past, with their bright visuals, absolutely inspire my work.”

“I feel that when I’ve traveled to Brazil, the Caribbean, or Black communities in the south and the north, you see this color vibrancy everywhere. When I was in France working at the Château Villandry in the Loire Valley, during my Longwood Fellowship, the colors were more subtle. There were colors of purple with just enough white to subdue it. Different cultures. Not that either is right or wrong.”

Wormley Hughes was Thomas Jefferson’s head gardener at Monticello. He may have been trained by Robert Hughes, a Scottish gardener, who worked at Monticello from 1794-1796. Jefferson poked around the garden; Hughes worked it. Jefferson’s daughter Ellen remembered Hughes being “armed with spade and hoe.”

“I know what it’s like to be the person doing it. And that’s why I said, ‘Thomas Jefferson, you a lie.’ I know you’re lying.  You weren’t out there doing that work. I know that it was not just Wormley Hughes; it was many people like him,” Abra said. 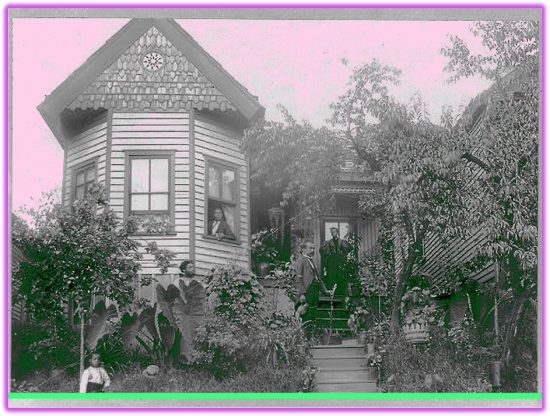 Home and garden of Knoxville, Tennessee jeweler, C.C. Dodson, ca 1899. This was part of a photo collection that W.E.B. DuBois curated for the 1900 Paris Exhibition. “The photographs of affluent young African American men and women challenged the scientific ‘evidence’ and popular racist caricatures of the day that ridiculed and sought to diminish African American social and economic success.” Library of Congress.

Lift while I climb

“Sometimes I feel the need to put it all on the line, to pick up for injustices, even in horticulture,” Abra said. 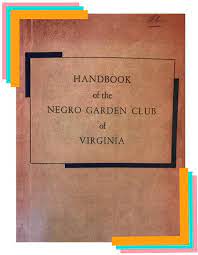 Asa Sims deserves to be on the same pedestal as George Washington Carver (1864-1943), who is well known for peanut and sweet potato breeding at Tuskegee University, as well as for his environmentalism. He also may have been traveling the short 20 minutes to Auburn University to secretly share his vast knowledge of plants with all-white Auburn professors. “I wholeheartedly believe that a thousand percent,” Abra said. 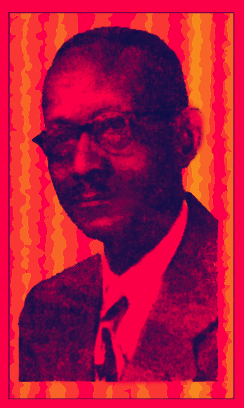 Asa Sims (1891-1972), a native of Asheville, North Carolina, arrived in the Virginia Tidewater area in 1908, very near where the White Lion, and the first slaves, had arrived almost 200 years before. Sims wanted to be a painter but got the plant bug and signed up for agriculture classes at what is now Hampton University. He worked in the school greenhouse for three decades, eventually managing the floral crops. But it was Sims’s role as extension agent and florist owner that began to inspire future Black generations—to become “flower minded and beauty conscious.” Sims Florist’—“not your everyday floral shop!”—was located on his two-acre estate that also included a nursery and a “showcase of his floricultural talents.”

At the height of the Jim Crow Era in 1932, Sims helped found the Negro Garden Club of Virginia. Seven garden clubs in the beginning, all led by women, eventually became a “movement throughout the southeast and from sea to shining sea.” Sims hosted countless meetings at his home and estate. He shared his excitement and was highly influential in Black horticulture, remaining an active advisor into old age.

And there was the Queen, an acolyte of Sims, who carried the garden torch further afield.

Ethel Earley was one of four original founders of the Negro Garden Club of Virginia, and the only woman. She was elected its first president. Their purpose was to stimulate greater interest in gardens, disseminate helpful information and encourage the study of gardens and plants, and to promote beautification. It was the women who went on to do the work.  Clark had access, and perhaps some disposable income, to help other women. “That’s why I call her the queen. The Black gardening movement began with her, and her beautification influence was hidden in plain sight. These women honestly worked miracles and changed the look of the landscape in many neighborhoods. There were thousands of women who went on to do this. So, yes, she was the Queen to me.” 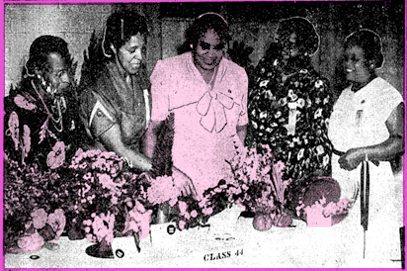 Ethel Earley, in pink, was one of four original founders of the Negro Garden Club of Virginia, and the only woman. She was elected its first president. Big Lick Garden Club, Roanoke, Viriginia, 1950.

During an interview on Thomas Christopher’s “Growing Greener” podcast, Abra laid out the parallel she sees with the movie Ghost, starring Whoopi Goldberg and Demi Moore.

“I feel like Oda Mae who realizes she can hear people. Oda says leave me alone, but what it means to me is: I’m living my purpose. I am going to put this story out there—and in a good way—and I am not alone.”

“I was chosen to do this. I was called to light.  It started in 2010 and continues today. It’s so important to me. It’s supernatural. No explaining it.”

“More stories keep coming to me.” 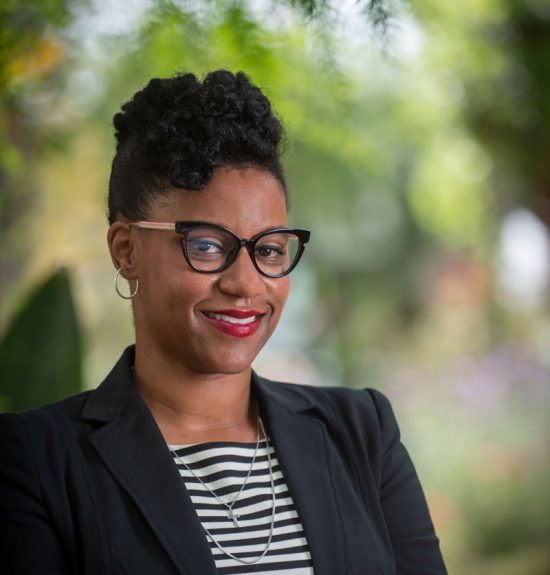 Abra Lee is a national speaker, writer and owner of “Conquer the Soil,” a platform that combines black garden history and current events to raise awareness of horticulture. Abra’s book “Conquer the Soil: Black America and the Untold Stories of Our Country’s Gardeners, Farmers and Growers” will be published by Timber Press in the fall of 2022.

You can find Abra on social media @conquerthesoil 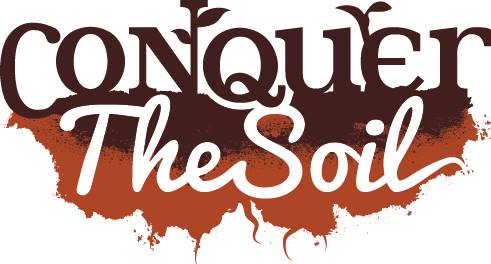