Clematis, you’d better be worth all this fussing over. 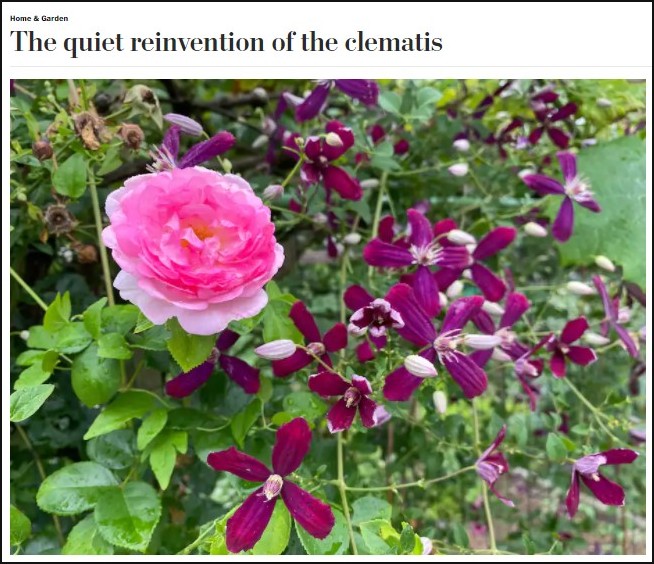 I’m all about the vines since I’ve started training them to give me screening and privacy (see before and after in this video). But I hadn’t included clematis in the project because I’d never had success with them – unless you count the out-of-control Sweet Autumn Clematis that’s a noxious weed in these parts.

But then a couple of weeks ago Adrian Higgins wrote about clematis on in the Washington Post and I HAD to have one.  Or more. (Nonsubscribers to the Post, if the paywall won’t let you in, try using your browser’s incognito setting.)

Higgins especially praised the later- and smaller-blooming C. viticella like this ‘Sweet Summer Love’ variety shown in the photo above, growing among roses in his own garden. He touted them as somewhat easier to deal with, which was all I needed to hear.

But when I scoured garden centers across two counties in the Maryland suburbs of DC, there were none to be found.  Worse, at some stores there were no clematis to be found of any kind! Which only made me want them more, and want them NOW, not next year, because I’d read Higgins initial word of wisdom (of many) on the subject of clematis vines: they won’t look like much for the first two years. “This is what is required of clematis: you plant it in fairly rich soil, you chop it back, then you let it slumber for at least two years.”

So I wanted the slumbering to start ASAP. 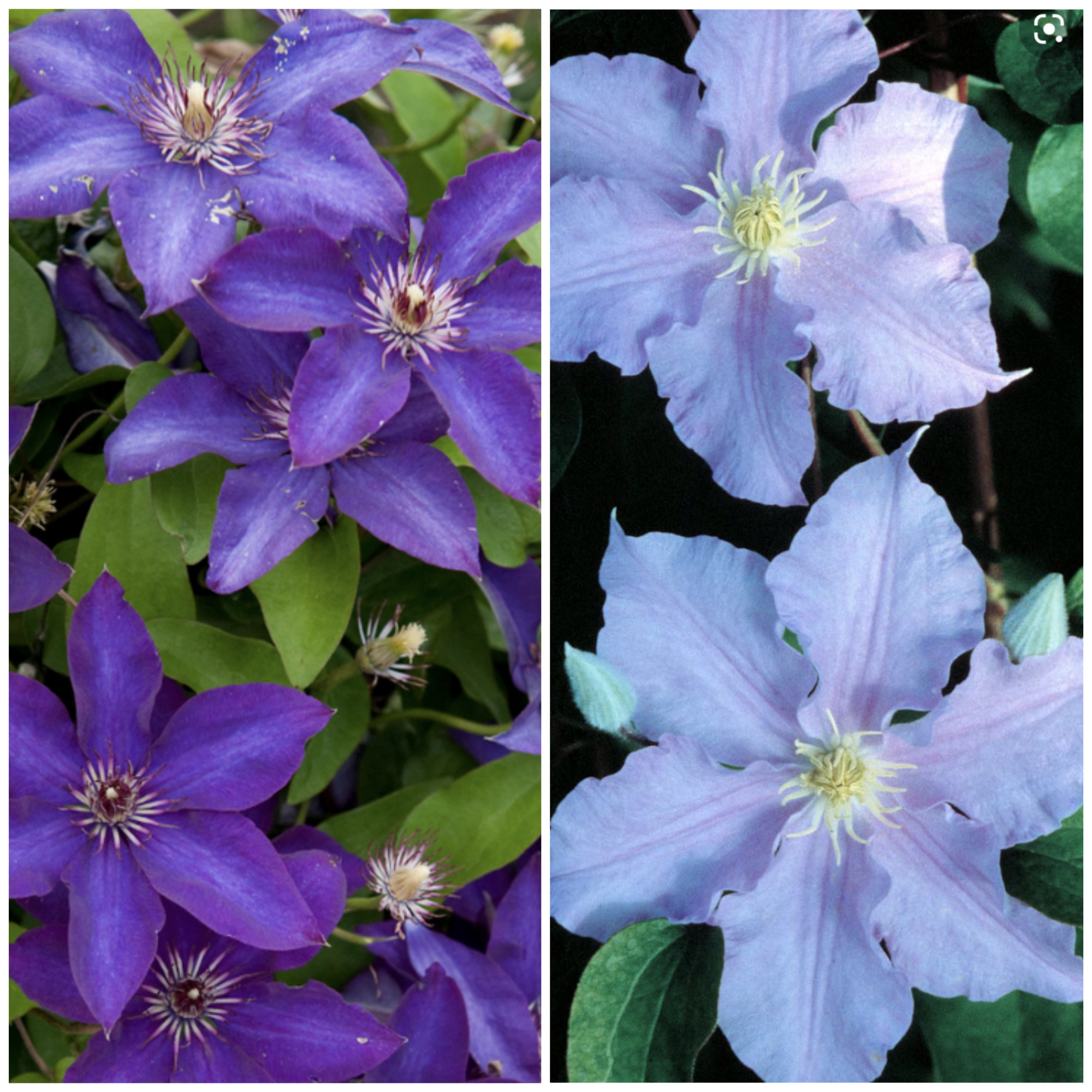 Left to right: The President and Will Goodwin.

So I wound up with the more common and difficult type of clematis that blooms twice – in late spring/early summer and again in late summer/early fall –  one ‘The President’ and one ‘Will Goodwin.’  But now that I’m committed to them, I reread Higgins’s article and found it daunting.

So despite my many decades of planting perennials, I felt anxious about planting my new clematis vines, with all their strange requirements and frailties. So naturally I turned to YouTube, where I homed in on one my favorite gardening channels – Oklahoma Gardening – and found this one that showed me what I needed to know. 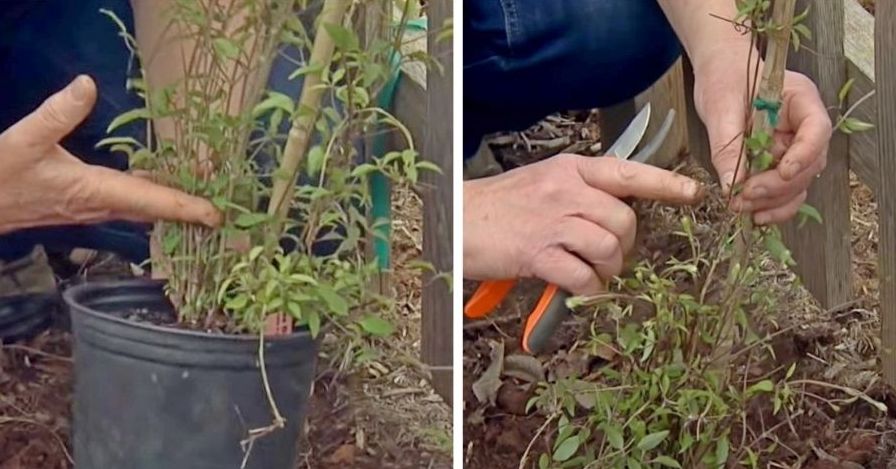 Scenes from the video. (L) Showing what depth to plant it at – looks like 3″ above the soil level in the pot. (R) Pointing to where to cut back the plant to after planting – to no taller than 12.”

More tips from the video:

Well, I’d say I’ve paid more than a little attention, catering to every single demand this picky plant makes on the gardener, and it had better deliver. Not any time soon, of course, but two years from now these babies had better dazzle. 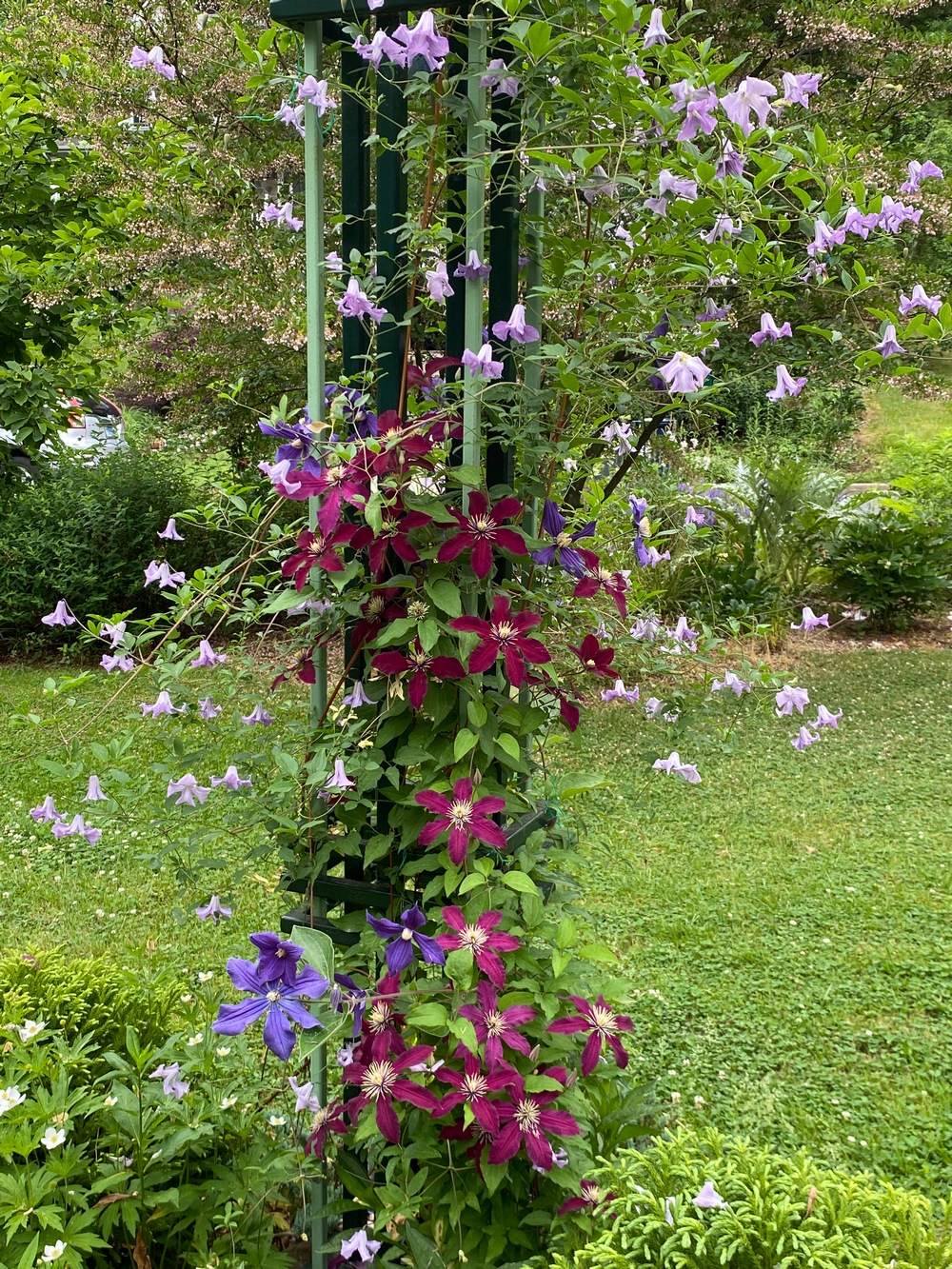 The image of a friend’s assorted varieties of clematis on one support inspired me to plant my ‘The President’ and ‘Will Goodwin’ at the base of the same pole.