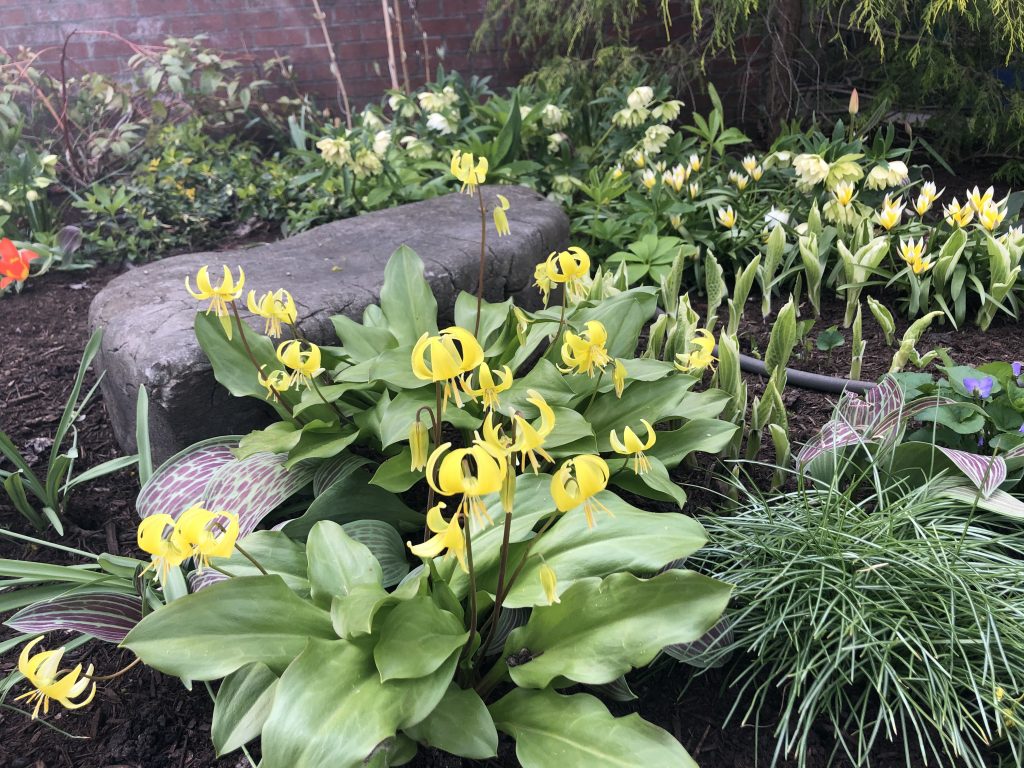 Where would we be if we couldn’t complain incessantly about the weather? Such whining is harmless, as it has zero effect, and it’s fun. I do it all the time. I love the four seasons, but I don’t like being cold. I was taken aback recently, however, by the major weather-related freakouts that occurred when Western New York experienced an April snowfall. This is a regular occurrence. Indeed, May snowfalls are not unheard of.

Well. Gardeners throughout the region took to social media, where they employed all-caps, sad emojis, and ominous backgrounds to bewail this horrendous turn of events.  What should they cover? How should they cover it? Many cut all their tulips and daffodils, assuming, wrongly, that these would not survive a little bit of snow. Other turned to combinations of sheets and upside-down boxes or tent poles to protect rose and hydrangea bushes.

Now. A mid-spring cold snap like this can hurt those who grow real crops, particularly fruit trees. Ordinary gardeners should not worry about getting snow on April 21, unless they have been so foolish as to plant annual flowers and food like petunias and tomatoes.  A prolonged freeze will damage a lot of things, but a brief snowfall won’t do much at all.

I’m over protecting things, at any time. I do have one remaining macrophylla hydrangea with fall-forming buds that must survive any winter. Often, they don’t and I’ll have little or no blooms. If this happens too regularly, I’ll pull it up and replace it with a paniculata variety.  I used to try to surround it with bags of leaves, but they got all wet, fell about, and smothered whatever was beneath them. Premade covers were apt to break branches, making the solution worse than the problem. As for running around with blankets at this time of year, that will never happen.

Two days after the initial snowfall, all was bright and sunny again. (The erythronium, species tulips, and hellebores shown above were covered in snow before this picture as taken and had a few nights of 20ish degree weather.) I may have lost a couple tulip petals. But even if, through some freak, a few emerging perennials  had been annihilated, I would take it as a good reason to reconsider those choices and make changes. It’s weather. Expect it.