Nursery catalogs—the good, the bad, and the merely annoying 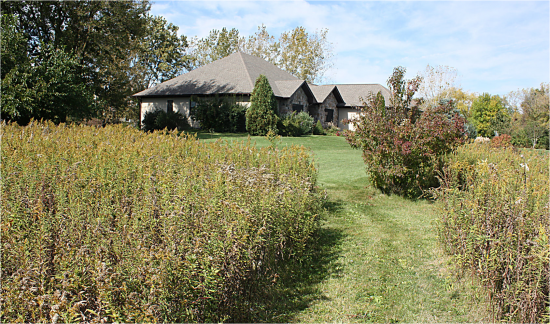 Guess you could say I started gardening at about age four when I planted onion sets in my sandbox. That means I now have seventy-eight years of gardening under my belt. But I’m still learning. Each year, I buy plants from local nurseries, avoiding the often-drooping stock at big box stores. On the other hand, I probably spend even more at mail-order nurseries. There are many very reputable firms, but there’s this thing about some of the catalogs. Maybe I’m just crusty.

Seed/nursery catalogs begin arriving in late December, and for gardeners that’s a great Christmas present. They offer a much wider variety of plants at better prices than a local brick-and-mortar nursery can afford. And they get your spring juices flowing. Quite often, another catalog will show up from the same company a couple of months later. The cover may be different, but the innards are identical to the one you previously received. A hard sell? (Probably.) But maybe they assume I trashed the first catalog, though I’ve usually saved it. Then perhaps they’ll send an additional catalog a couple of months after that. Can an outfit really afford to waste so much coin? And when you order from any catalog, the word gets out, because others hit your mailbox like rabbits multiplying in springtime.

Hardiness zones and soil conditions are issues. While there are plants that will grow just fine regardless of where you happen to live, it seems more reliable to order from a nursery located where conditions are similar to mine in the Midwest. Will nursery stock from California or North Carolina thrive as well in my soil and climate? (It depends.) Anyway, those are catalogs that hit the recycling bin.

It’s hard not to be enticed by photos of beautiful fruits and vegetables. (Don’t look at the pictures on an empty stomach!) How come some of mine don’t turn out that nicely? The pictures of grand-looking evergreens and shade trees always invite a second look too. But here’s the morbid fact: at my age I can’t expect to see those trees, especially fruiting ones, to maturity. A word to the nurseries: “It’s not you, it’s me.”

While on the subject of visuals, what’s with the catalogs that show their products as black-and-white line drawings, or perhaps with a little wash of water color to suggest that the flowers are yellow or pink? Those, too, are the catalogs that hit the bin in short order. I suspect the idea is to give the impression that the company has been around so long that it still uses presentation techniques from when it were founded, say about a hundred years ago. Call me shallow, but if you’re going through the expense of sending out a large catalog, make it interesting with actual photos of real plants.

When we moved to our current acreage eighteen years ago (shown at top), there was a lot of real estate to fill with flowers and bushes—I left part as native prairie—and I wanted to minimize the amount of lawn. Fortunately, we have great neighbors who contributed their plant divisions and seeds that they had saved. But I also ordered from a couple of “discount” nursery catalogs (both of which happen to be located at the same site in central Illinois). Big mistake. Some of the items turned out okay, but some didn’t look like what was in their catalogs. Sometimes hardiness zones were misstated. Then there was the assorted iris order where half of the bulbs were rotted. The absolute worst is their “guarantee,” which requires you to send back the label from the box that the order was shipped in when registering a complaint. The receipt isn’t good enough. Who clips and saves shipping labels? That’s one way to sabotage a guarantee. They’re still in business, with generally bad customer reviews. Should have checked first. You do get what you pay for.

Sometimes customer service becomes a sort of comedy routine. Several years ago, I decided to experiment by ordering nematodes that—purportedly—would kill vine borers that had plagued my squash and pumpkins. The nematodes arrived in early April. The directions indicated they should be mixed with water and injected into the vines within a week of receipt. Wait a minute … we have no squash growing in April! Upon calling customer service, I spoke with a pleasant gentleman with a heavy East Indian accent who could not understand that squash in the US Midwest are not growing at this time of year. He said I would have to order again, but he didn’t know whether they would have nematodes available in mid-summer (my mid-summer). I wish this had all been made clear in the firm’s spring catalog.

Here are the catalog features I look for. Does the firm has actually grown the items itself and share info on results? Does it let you know whether a certain plant self-seeds or spreads, even if that diminishes the prospect of larger sales? Are there photos of the owners and/or employees, which lends an air of hands-on integrity?

Final lesson learned: enjoy thumbing through the plethora of catalogs, but stay loyal to firms where you’ve had long and positive relationships.