The Power of Names: Why generic labels disrespect horticulture and the plant-buying public 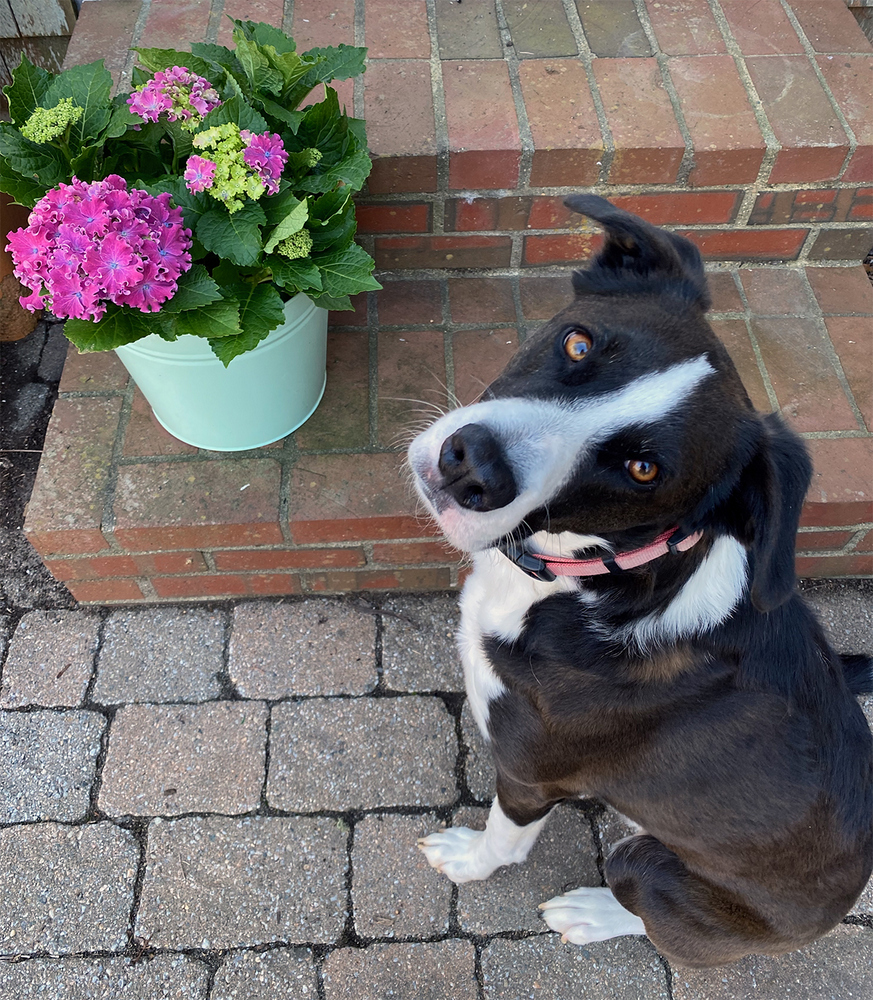 Sparky, a Sato, wonders why he’s being asked to sit next to a Hydrangea, tentatively identified as a H. macrophylla ‘Sandy Summer’

I went to the grocery store recently, and when I checked out, my cart contained the food I needed and a Hydrangea that I didn’t. The store was filled with living plants and cut flowers before Easter, and this particular shrub called to me. I justified the purchase by saying that it would be nice in the background for an upcoming virtual talk I was giving about Hydrangeas. In reality, I was merely succumbing to an attack of plant lust.

On returning home I took off the decorative foil that covered the pot, and looked at the tag to see which shrub I had purchased. It was not unexpected to discover that the information on this label was completely generic. It was identified as a Hydrangea macrophylla, but no cultivar name was given. The guesstimate of size was a broad 3-6 feet tall. I wasn’t at all surprised.

The Trend Toward Nonspecific Labels 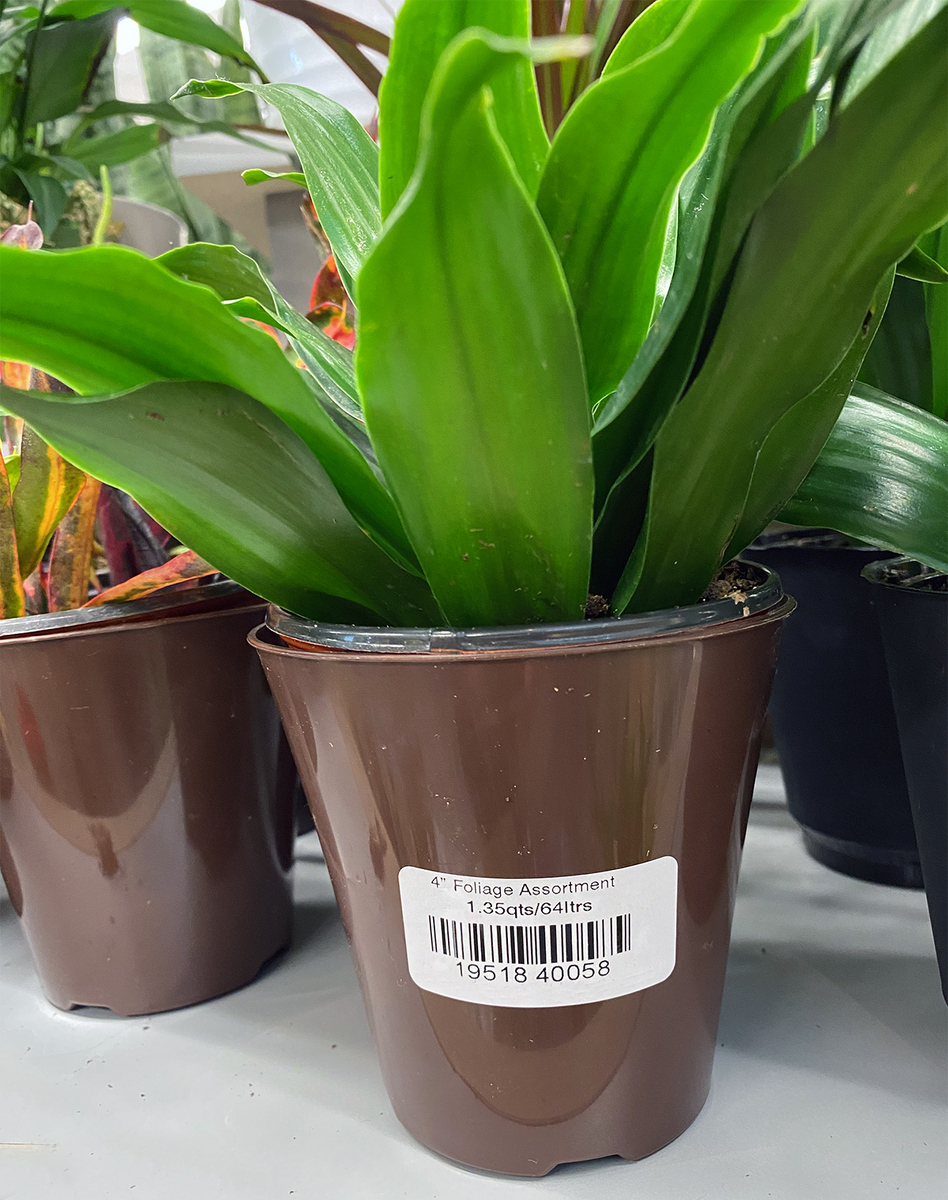 It’s understandable that it’s easier for the grower and wholesaler to label a group of plants as “Foliage Assortment,” but that cheats the plant-buying public out of the opportunity to learn about those plants.

I’ve ranted about growers using all-purpose labels before. In 2018, in an article in Garden Center Magazine, I pleaded with those growing house plants to stop using a general “Tropical Plant” tag. I am sympathetic with the reasons that growers use such common labels, of course. Their stock and particular varieties can change quickly and there can be crop failures, both of which might lead to an excess of wasted labels. Additionally, their work force that prepares the plants for shipping may not be conversant with the language on the tags. But in placing generic labels on plants, our industry devalues the public’s curiosity and intelligence in a way that ultimately impairs horticulture.

The Desire to Name

Human beings love to put names to living things and objects. People who would never consider themselves “a birder,” take photos of unfamiliar birds, and post them online asking for identification. When I walk my dog Sparky in local parks, I am frequently asked what breed he is. He is a mixed breed, but even calling him a Sato, the slang term for street dog in Puerto Rico, where Sparky is from, seems to satisfy people more than just saying he’s a mutt.

As an admin of several plant-related Facebook groups, I see thousands of requests for identification each week. From the international Hydrangea Happiness group (24,300 members) to the regional Cape Cod Gardening gathering (9,000 members), daily requests for plant identification are common. Yet in these groups and others, these inquiries are about more than just genus and species; those posting want to know what variety they’ve got.

It used to be that those in horticultural businesses would say that the public was intimidated by specific botanic names and long registered titles. Yet in these times when most people carry a computer in their pockets, looking up a particular plant is a matter of copying that name into Google…you don’t even have to know how to pronounce it. But for identification, having a place to start is important.

The grower of my supermarket plant did have a URL on their tag, and this website contains photos that can get the consumer closer to a specific name. But Hydrangeas are especially hard to id since the color varies so much according to the pH of the potting mix and the flower’s stage of development. It’s a step in the right direction, however, and one that I wish would be adopted by other growers. It would be wonderful if all generic labels at least contained a website where the consumer could easily find a “What Plant Do I Have?” page that contained a few photos for comparison of each plant.

For several years, members of the green industry have worried about the tendency toward “plant blindness” in the general public. This is the term given to the predisposition for many people to view plants as a nonspecific green background to their lives. Why are we so slow to recognize that in placing generic labels in plants, those in horticultural businesses have actually been encouraging this impaired vision?

Let’s get down to details.

C.L. Fornari is a garden communicator who takes pleasure in bringing the joy of plants to the general public. Find more about her books at GardenLady.com and hear the podcast she co-hosts at Plantrama.com. C.L.’s not-so-secret mission is to put horticulture back into popular culture. In the meantime, she grows plants at her property, named Poison Ivy Acres.

C.L. Fornari is a garden writer, speaker and co-host of the Plantrama podcast. She presents virtual talks to horticultural groups, businesses, women’s organizations and churches. Find her books here, and read her blog and other informaton at www.GardenLady.com. 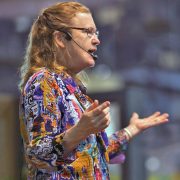