Finding Your Crunchy Niche in a New Age of Homesteading

It’s a running joke amongst our friends that our place is the safe house for any type of future apocalyptic scenario. I’d like to believe that they just want to get together, laugh, drink wine, and discuss the mysticism of Yeats before the zombies descend, but in reality, there’s something about owning your own wheat grinder that makes people believe you’re ready for nuclear war. 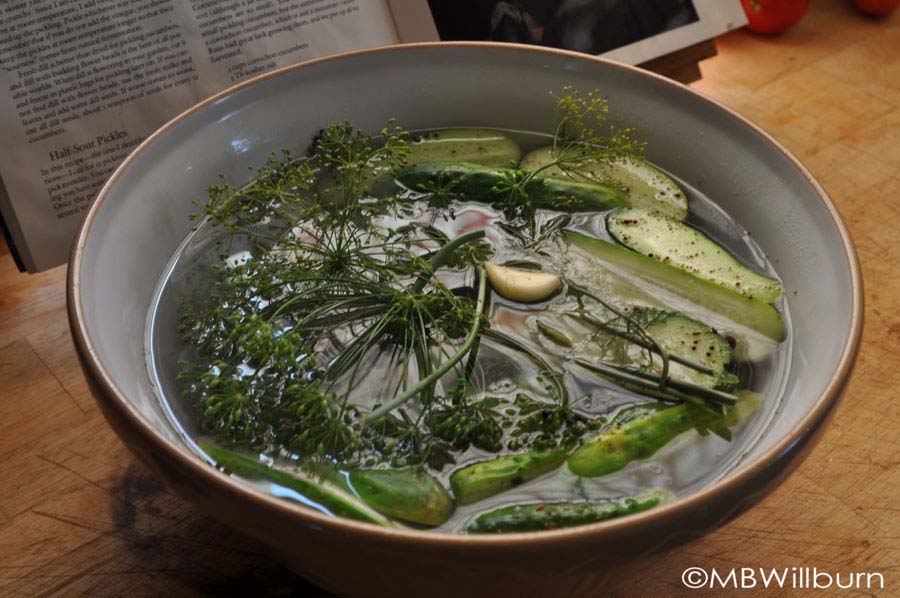 Half-sours on the counter always a staple during summer months

Finding your tribe is harder than you think.

As homesteader credentials go, I’ve got some good ones. I’ve intentionally birthed a baby on the floor, have more chickens than children, grow kohlrabi, use wood from our property to heat our home, regularly forage for edibles, homeschooled my kids pre-COVID; and yes, I make my own yogurt, beans, cheese and bread, and have been feeding a sourdough starter since the spring of 2000. They really did exist back then. 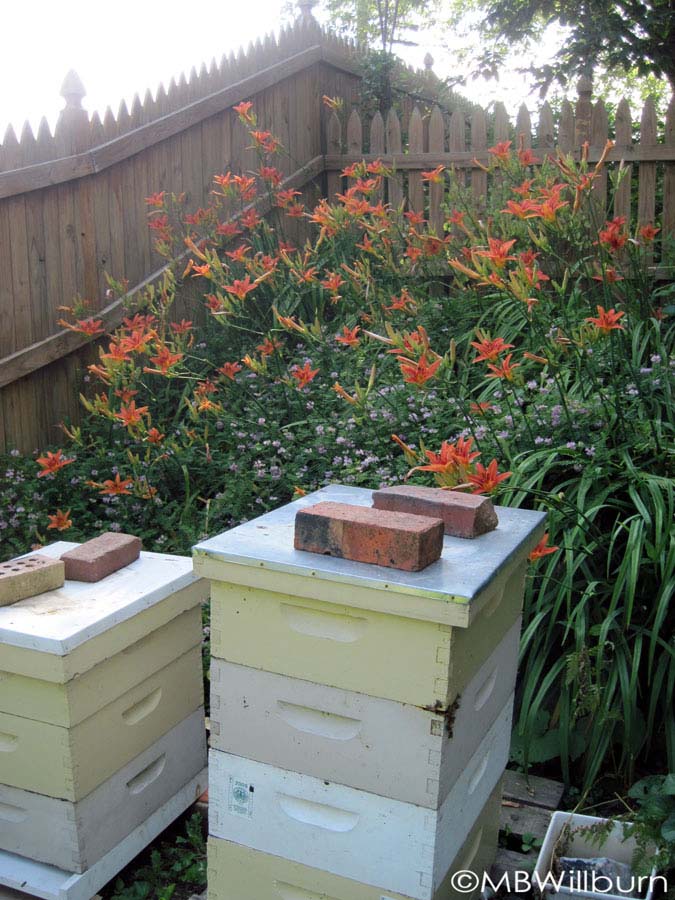 Bees and chickens perfectly complete the garden cycle for me.

These are choices fueled by economic necessity, philosophy, and joy; but even with all that under my belt, I’m hilariously underqualified. True homesteading is much more than saving money and growing tomatoes. It is a fully immersive and exhausting life, and I have the greatest respect for those who pursue it with passion and perseverance. I’m just not one of them.

I learned this the day I helped to butcher chickens at a small rural homestead belonging to a friend-of-a-friend. I was deeply inspired by what they had created there. It was an economic endeavor unsupported by a city job, or indeed the financial security of a previous one.

While the feathers flew, I snuck a glance at the seven-month pregnant owner of the farm up to her elbows in chicken entrails. She’d just finished hanging a fresh load of diapers on the line and would be heading in the house shortly to begin lunch.

I thought of myself at seven months pregnant with my second child, avoiding the sights and smells of anything more offensive than a potato chip, and guiltily thankful for the convenience that disposable diapers had brought into my life after two years washing and hanging up diapers in the attic of a tiny flat.

Reluctantly, I realized that I wasn’t made of that kind of material, no matter how much my values aligned or how fervently I wished to be.

As babies became young children, and friendships in a new place often began with mom relationships, it became more difficult to figure out exactly where I fit — crunchy or conventional — and surprisingly, it would bother my young mind.

During one memorable child’s birthday party in a friend’s subdivision I was asked by a newly-met mom why I thought we should have the right to keep chickens in backyards (I was fighting the town council at the time). She let me finish, actually rolled her eyes, and uttered one word — “WhatEVER.”

Yep. Not in that camp.

But was I in the other? Yes, I was a home-birther, a homeschooler and a dedicated gardener and cook, but I wasn’t giving up coffee for chicory, and when it came to breastfeeding in public, I’d just as soon have a light blanket over my pink bits. Meanwhile my Back-to-Earth friends were embracing an aggressive level of nudity around the dinner table that made others suddenly realize they’d left something in the other room.

It started to become clear that I was definitely on the outskirts of that group too – wanting to hit my fortieth birthday before I died of exhaustion and/or exposure. 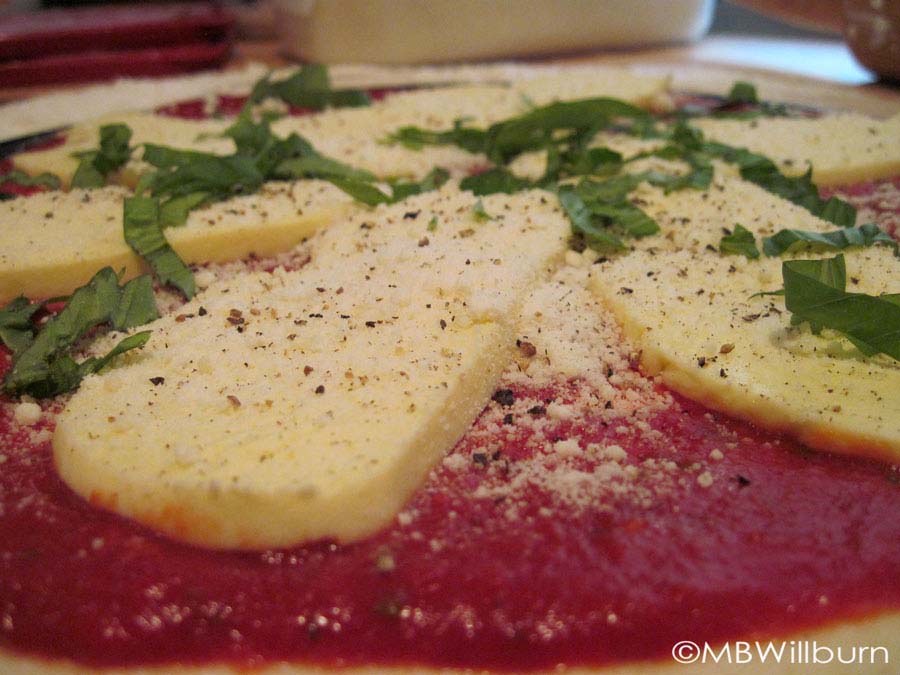 Raw-milk mozzarella, sauce from the garden, and whole-wheat crust – but wait! Is that store bought, non-organic Parmesan?

Problem is, I was also extremely far away from those bonded by hydrogenated peanut butter, frozen taquitos, and the cahones to say “whatever” to a complete stranger. I had a hard time relating to parents who made different dinners for each child, or who didn’t want to compost because it was “too messy,” or thought my chickens were weird and that the eggs they produced were weirder. Neither did I keep up with the latest trends in footwear or jeans length (hard to do when you treasure hunt your entire wardrobe from a thrift store). 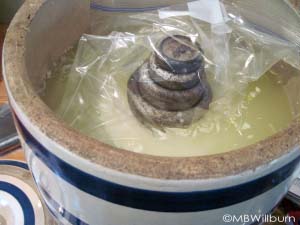 End of season sauerkraut – Alright, you’re back in.

So, one side thought I was a hippie, the other thought I was a poser. Perhaps you too are stuck between these two worlds, laughed at for suggesting evening primrose oil and nutritional yeast to Midol-gobbling friends, but not ready to have henna flowers painted on your pregnant belly.

What’s a crunchy middle-of-the-roader to do?

Many years since, I have realized that I was less alone than I thought I was, which is perhaps why I’m writing this article. If you find yourself between crunchy and a hard place, and you aren’t afraid to embrace that dichotomy within you, you’ll find others feeling safe enough to do the same.

Perhaps we should band together and rejoice in our moderation – providing a counterweight to a world that continuously flirts with extremism. Culturally, we can clearly see the unhappy results of this type of thinking, but that’s nothing compared to the toll it takes on an individual seeking ideological perfection. Whether it’s credit card debt to buy the newest iPhone or two hours of sleep after processing sixty pounds of surplus cabbage – there’s always a price to pay.

And if you believe that the laid-back vibes emanating off of the Back-to-Earth/Homesteading movement preclude it from fostering the “I’m-better-than-you” environment that plagues the modern consumerist lifestyle, then you have yet to sit in a circle of women who make their own cheese, and confess to a guilty pleasure in the occasional slice of American.

I only did that once. 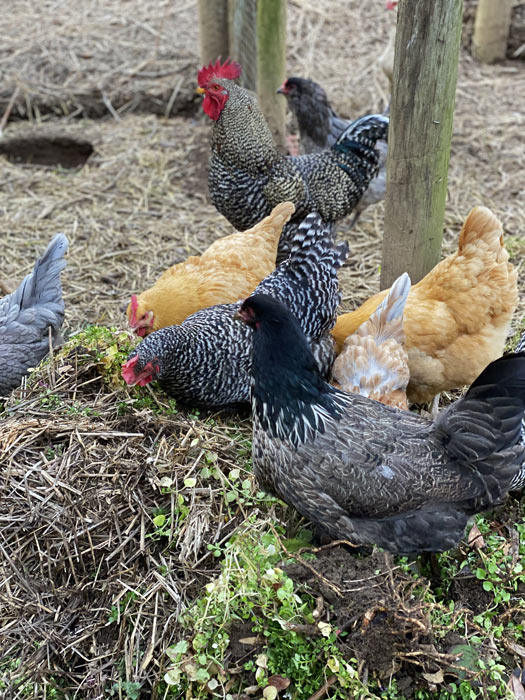 It’s taken me a long time to figure out I don’t need to be one or the other, or apologize for choices that don’t fit strict lifestyle ideals.

If you love the freedom in the layers of a wrap-around tie-dye skirt as much as you love the tailored feel of a lined jacket — but would almost certainly never buy either in a multi-plex shopping mall — I, and many others, are right there with you. It’s not tough to live “outside the box” if that’s where your heart takes you — it’s just tough for others who are trying to put you in one (including yourself).

I’m continuously working on ignoring all those voices and much more successful at it than I used to be. Hoping you are too.  When things are breaking down around here, it’s usually because I am trying to live up to some preconceived notion of perfection in one arena or another, and only succeeding in making everyone’s life a misery in the process.

I’d rather be a dichotomy. It gives one so much more freedom, creates some interesting dinner conversations, and provides less opportunities for apology. – MW