My Front-Yard Make-Over, the Video 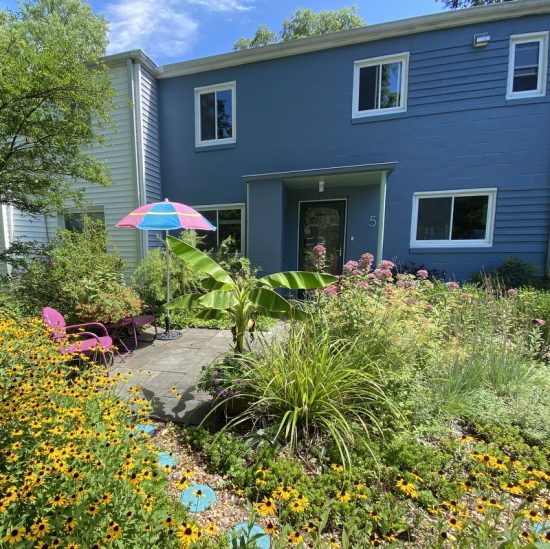 In lieu of organizing an in-person garden tour this year, I’ve gone virtual, making or helping make 8 video “tours” so far, with just one more to go.

At first I worked with the local access TV station but since buying a new video editing program and finding it easy to use, I’m flying solo – and loving it! (Though since discovering that my beloved new software is Russian, I’m a bit nervous about using it.)

In creating video tours of other people’s gardens, I’ve made a mistake or two. Most egregiously, I thought I could just get permission, then shoot video without any direction from the gardener. That resulted in a draft video that approached the garden from the wrong direction, so that the grand entrance was barely noticed as the viewer left the garden. (Fortunately, that led to the gardener asking her professional-videographer son to do it instead, with a great result.)

After that, I started the process by walking the garden with the gardener, having them point out features or plants they want highlighted.

And I gradually made music more prominent in the videos, even combining it with narration. That’s what I did for this next video of my own garden. It’s not a tour per se but the story of its recent make-over, which I’m still swooning over ever time I see it.

I’m all about color now, and dreaming of ways to have even more of it next year, especially livening up the still-subdued look of my back yard.

As I conclude in the narration, the most consequential change and largest dose of color comes from painting the house blue. The removal of old grey siding and repair of the original cinder block facade also meant revealing and restoring the International Style architecture, something that I’ve only come to appreciate and even love after living in it a few years. Taking a course in the History of American Architecture is what finally prompted me to make the change.


Below, I provided these details in YouTube’s description area.

When I bought the house in late 2011 there was just turfgrass and a few sad-looking shrubs. I removed all that and had the flagstone patio installed right away.

The house is an example of the ‘International Style,’ a modernist style rarely seen in the U.S. With the old siding removed and the concrete block façade repaired, the unit is fully restored – except for the original color, which was white. (NOT gonna have it!) It was built in 1937 in Historic Greenbelt, Maryland – a New Deal project.

For privacy and screening of bad views, hedges are encouraged by co-op rules, but failed here on several counts. The preferred solution – training vines on trellis instead of wires – is prohibited by the co-op.

By By Mrs. Brown’s Blooms