On Naming Asters – Meet the New Boss. Same as the Old Boss. 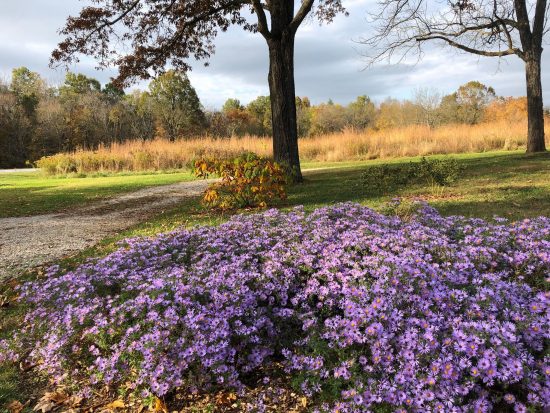 The old joke among horticulturists is that shuffling and splitting plant names keeps botanists off the dole. The botanic name-changing business has been productive, but the consequences of taxonomic tinkering are sometimes painful.

The aromatic aster “…by any other name would smell as sweet…” became Symphyotrichum oblongifoium. The jaunty, old botanic name, Aster oblongifolius, was tossed on the ash heap of lost loves.

According to Julian Shaw’s 2014 article in The Plantsman: “Older, Latin-based cultivar names, of which there are very few, as well as species epithets previously used in Aster (masculine), have to be modified to agree with Symphyotrichum (neuter), hence A. oblongifolius becomes S. oblongifolium, and so on. “

Yes. And so on, but Aster is such a cozy name.

Christian Gottfried Daniel Ness von Essenbeck first suspected that there might be a difference between the New England aster (Aster novae-angliae) and other similar daisy-like blooming perennials. With a name such as his own, perhaps he couldn’t resist. In 1833 he named New England asters Symphyotrichum novae angliae.

A botanic split ensued, and Symphyotrichum was re-commissioned.

Most asters were in shambles and reassigned to new genera that included Ionactis, Eurybia, Seriocarpus, Doellingera Oclemena and Ampleaster. The rollout of new names challenged the recall of those of us whose memory banks had been robbed of once formidable assets.

I muttered displeasure with the inconvenience but accepted science even if it has taken five years, since the “split,” before I attempted to utter the Latin name. I discovered Symphyotrichum is clunky sounding but isn’t any harder to pronounce than Echinacea.

The aromatic aster has foliage with a sweet fragrance when the small, oblong leaves are rubbed. The species grows from the east coast across the Great Plains in inhospitable, dry soils in full sun. I’ve seen October flowers blooming out of the cracks of rock outcrops near Salvisa.

There are still a few street-legal asters left unruffled, but they are not the ones we see in fields, swamps and woodland edges in North America. Gail Eichenberger calls these ex-asters. What’s left of asters are found predominantly in the old world. The wonderful fall-blooming Asian Aster tataricus is a good example. 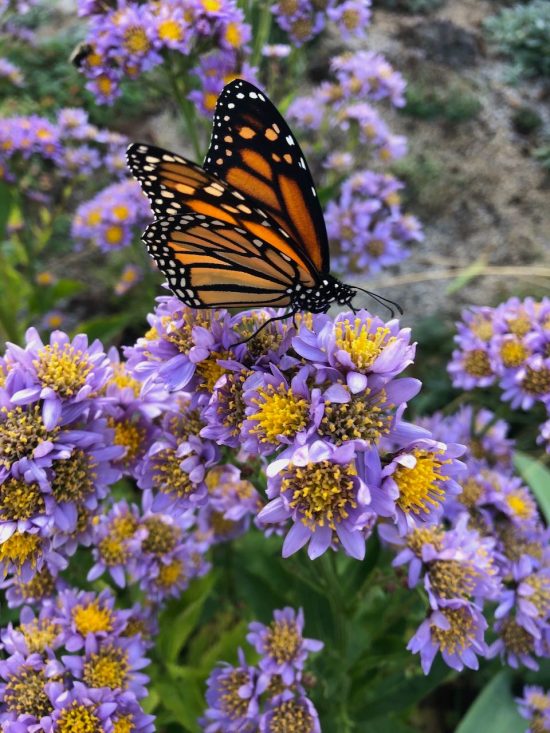 I love common names, but when botanists call a spade a spade they would, by their nature, want to figuratively distinguish a tile spade from a nursery spade.

Carolus Linnaeus came up with the clever binomial nomenclature (“two term naming system”) in 1753. The protocol was necessary to provide clarity. It doesn’t suffice to say, ‘Well, it’s just a bluebell,” for example.  A Virginia bluebell (Mertenisia virginica) is different from an English bluebell (Hyacinthoides non-scripta ), and in Scotland, the plant they call a bluebell is Campanula rotundifolia.

Don’t despair. The good news is that you don’t have to kick any commonly called bluebell or aster to the curb.

Common names are often descriptive, folksy, melodic and point to cultural origins. Best of all, common names are free for all.  It needn’t be a stubborn case of Give me liberty or give me Symphyotrichum!

You can call a plant what you want, but science requires tighter reins.

And, yet, for gardening purposes, the new boss, sim-fy-oh- TRY-kum, will grow identically to the old boss (Aster.)