My plants are happier without me 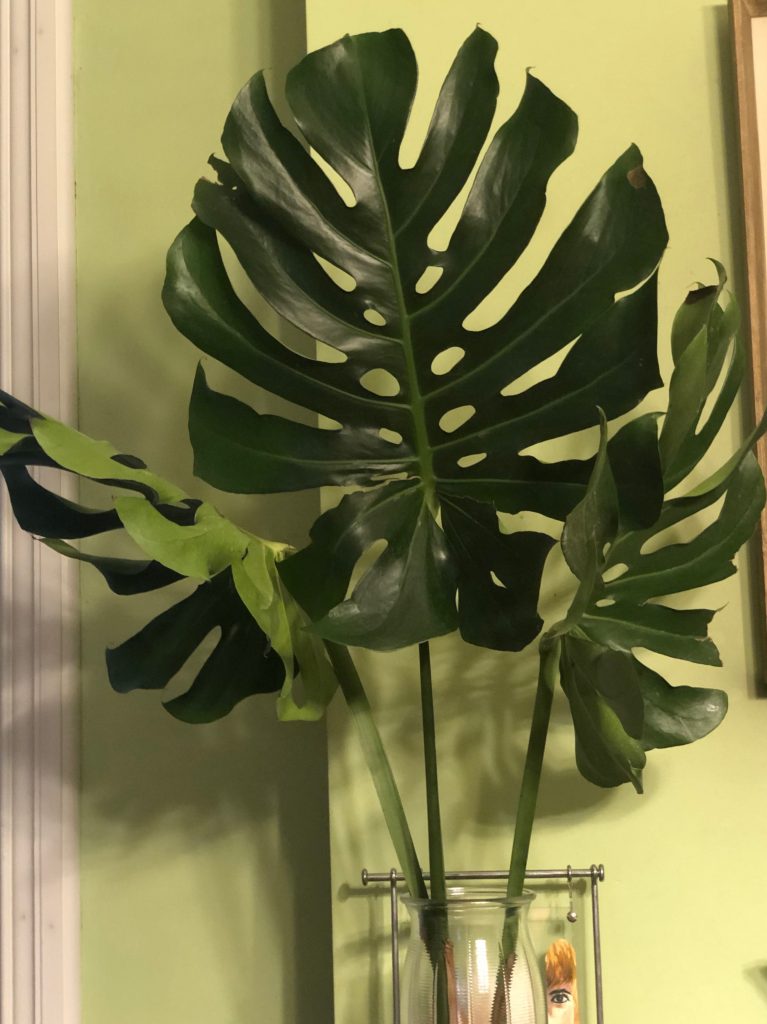 Like many, I’ve been working at home since March and, for the most part, enjoying it. But I do go to the office once in a while to pick up mail (so I can throw it out immediately) and water my office plants. The thing is, most look better than they ever did when I was there, including a huge monstera I bought a year ago to replace a faltering dracaena. It is putting out so much bright-green new foliage that I cut away some big stalks at the bottom that looked like they were nearing the end of their life cycles. (I wonder if the lack of artificial light is helping?) I put them in a vase—see above—so I could vicariously enjoy my beautiful plant. Unless I bring it home, I won’t be sharing space with it again for months.

I wish I could convince other gardeners I know that their plants mainly just want them to leave them alone. “Benign neglect” is what my late mother-in-law prescribed for orchid care and, as much as possible—I try to carry out that maxim in the outdoor garden. Weeding is one thing and pot watering is another, but, other than that, I mainly do more harm than good when I wade into the perennial beds. Oops, there goes another daylily bud. Hmmm, wish I could stop crushing this blue-stem goldenrod.

However, the ability to instantly display images of plants on social media—we all do it and love it—has led to lots of “what’s wrong with this and what should I do?” With many of them, my choice would have been to simply remove the offending stalk or leaf—it is often just one leaf, with some minor defect hideously magnified by a closeup image. Out of sight, out of mind, right? If the problem expands, then maybe best to cut back or get rid of the whole plant. I have never found any store-bought remedy—not to even mention the homemade ones—that I have used for anything wrong with my plants to actually work. That may sound drastic, but it’s true. Remove the bad bugs you can see, ignore the ones you can’t, and get rid of the worst weeds. There are plenty of other things in life to worry about.