Frank Lloyd Wright gets his landscape back—and then some 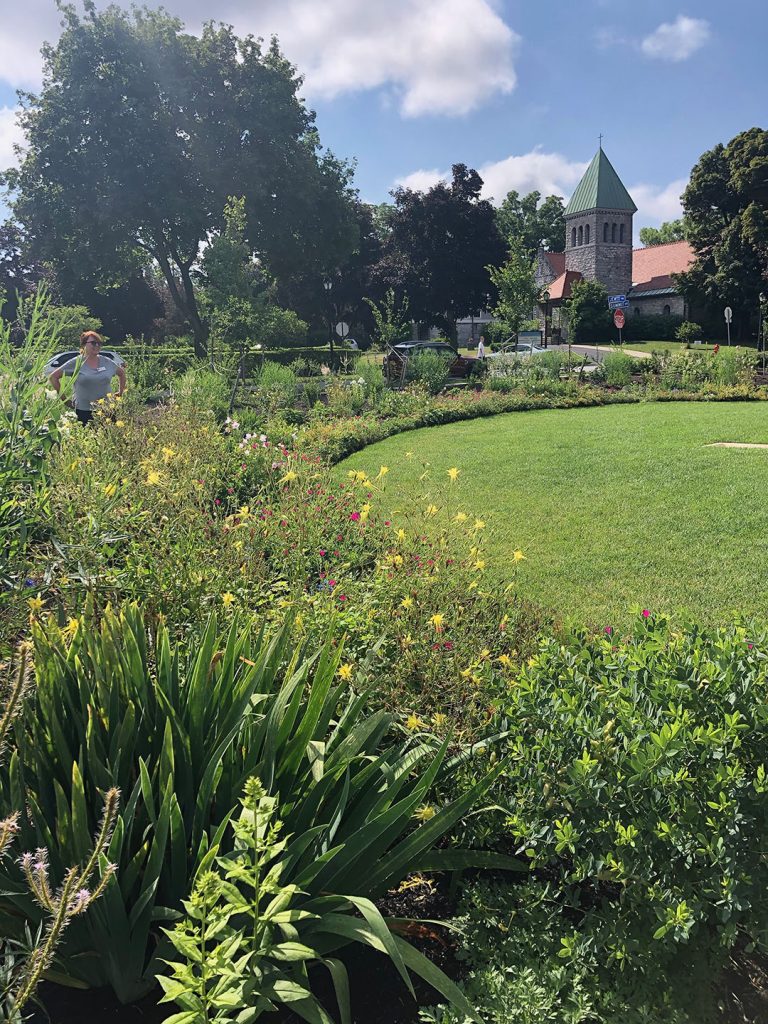 As the gardening team at Buffalo’s Darwin Martin House—really a campus with seven structures on it—enters its second year of planting and maintaining the original landscape Frank Lloyd Wright planned with the Martins, some areas look like they’ve been established for years. Others—including the distinctive Floricycle (above), a sweeping semicircle of plants that repeat and provide four seasons of interest—are still in their adolescence. Even the Floricycle has progressed significantly since I first wrote about it last year (see below, a bit earlier in the season), though it’s still not ready for prime time, unlike the lush plantings of ferns, hydrangeas, Baptisia, and a variety of easy-growing perennials. This landscape deteriorated and eventually disappeared when the estate was abandoned in the thirties, and it is the last element to be restored. 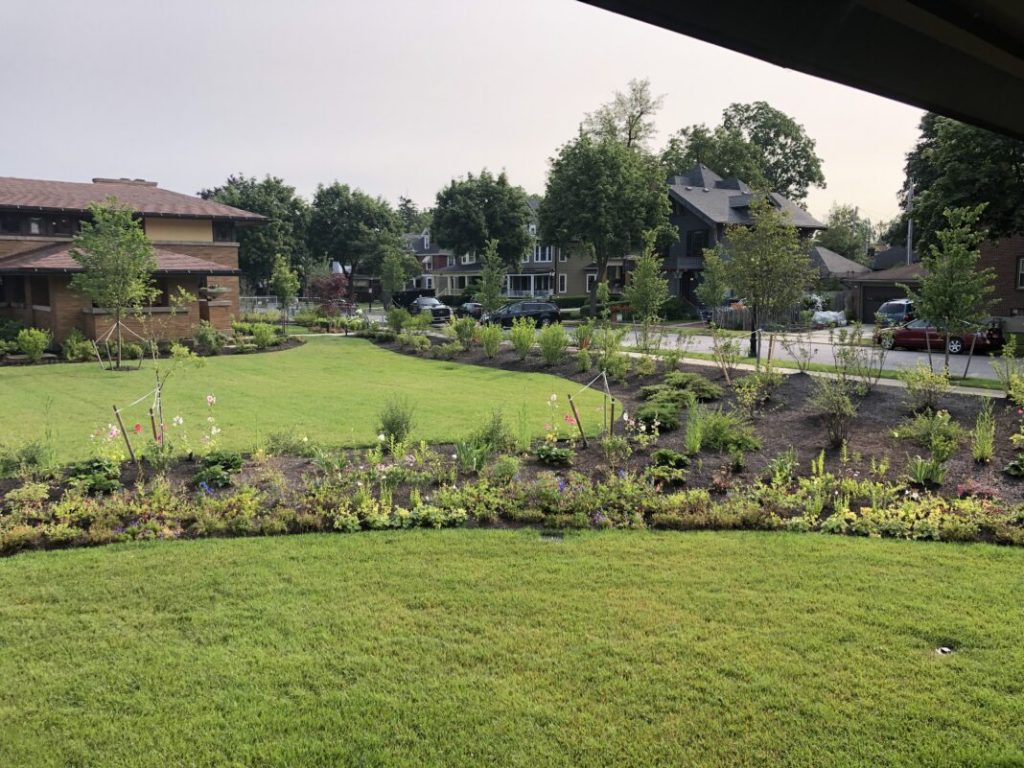 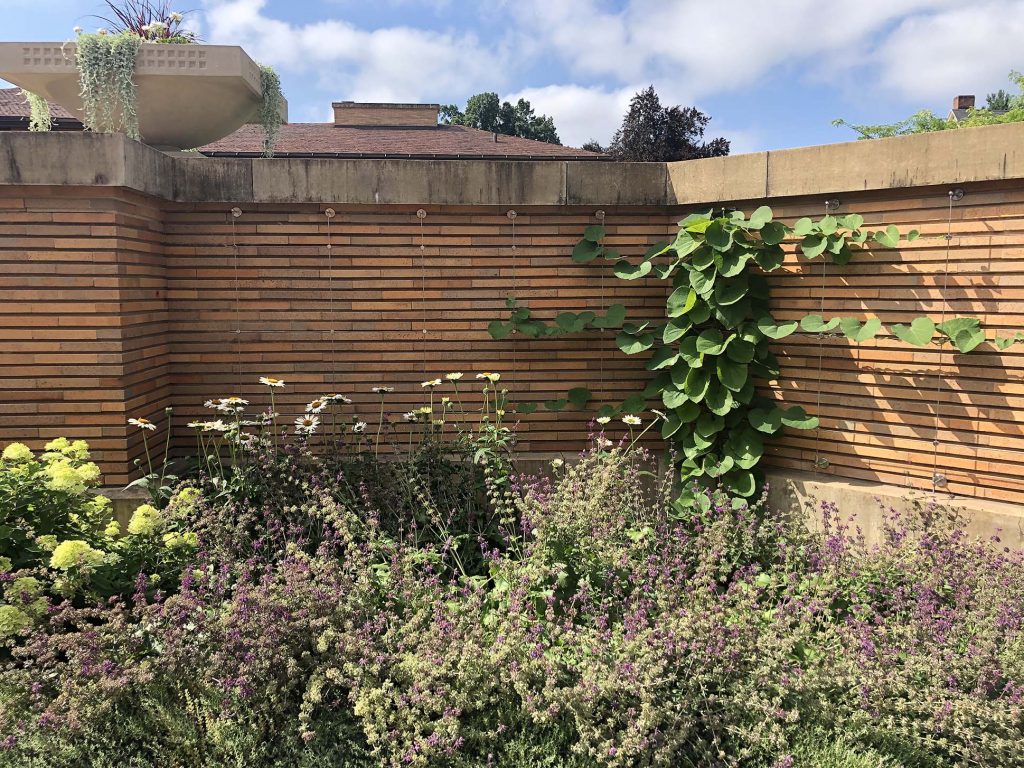 Because of their historic connections with the house, some plants that many would hesitate to install—like Dutchman’s Pipe (above) and Japanese wisteria, have been propagated from original cuttings. Other choices include lilac, spirea, dittany, phlox, lily of the valley, and mock orange—all popular favorites during Isabelle Martin’s time. Most of these horticultural selections were made by Wright’s landscaping expert, Walter Burley Griffin. The nice thing about this landscape is that it provides several types of plantings—walkway borders, square beds, courtyard beds—that can serve as models for aspiring gardeners looking for ideas and plants that are relatively easy to grow and maintain. 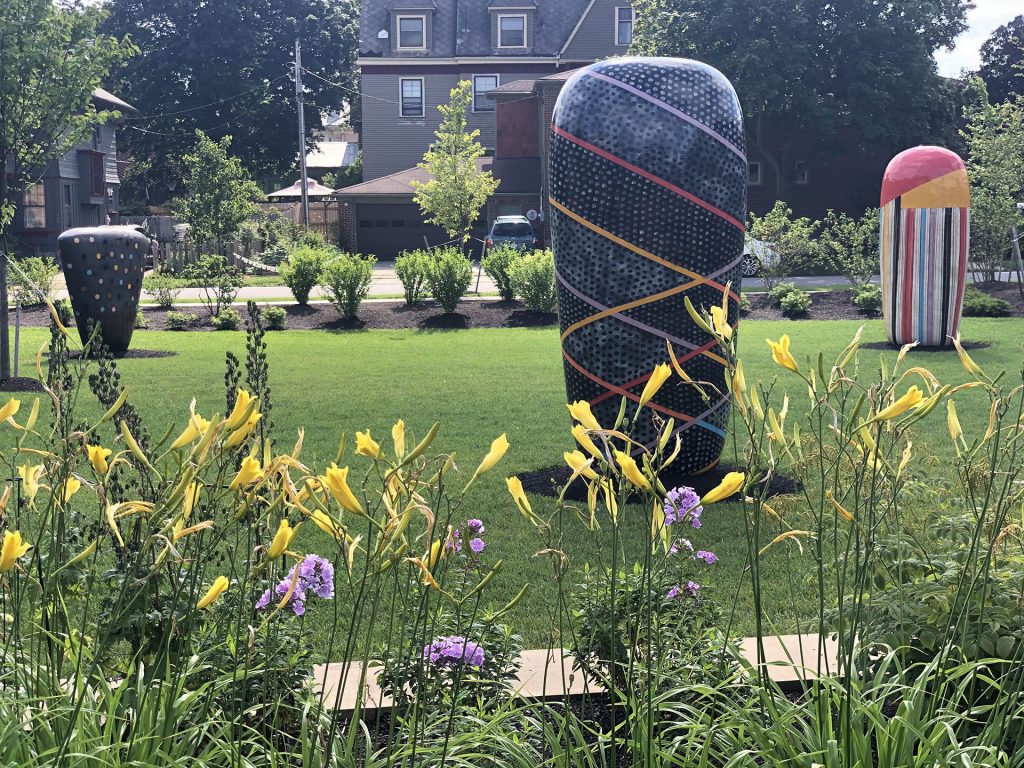 Summer visitors to the grounds can also enjoy the pops of vivid color provided by seven large ceramic sculptures by Japanese artist Jun Keneko. It takes tons of clay to make some of these; the artist is renowned for making some of the world’s largest ceramic artworks. 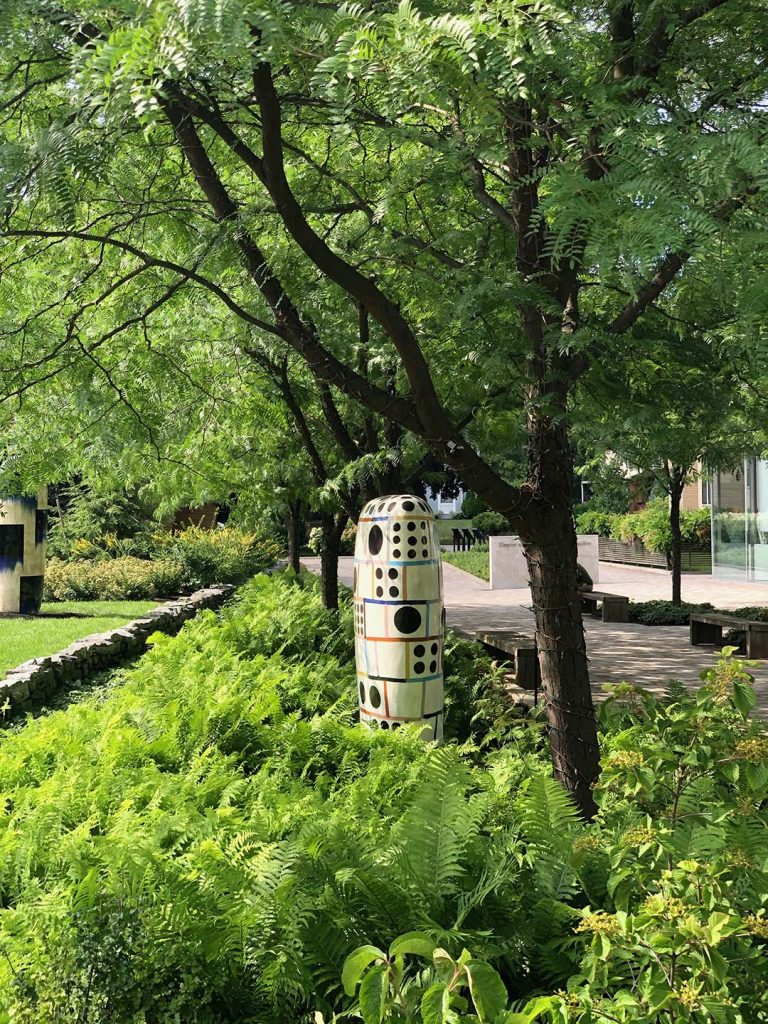 As you can imagine from these photos, the sculptures, which are not there permanently, have created a bit of controversy. Some of the not-very-imaginative critiques have centered on what body parts they resemble and how much Wright would have detested them. I love them. For me, they provide perfect complements to the largely earth-toned campus and its understated, emerging landscape. They also force visitors to walk the entire grounds to find them all. Public art projects like this have been key to making our regained appreciation of outdoor life more about discovery and less about safety. Would Wright have approved? I suppose not. But he might appreciate the devotion, more than 100 years later, that the staff and volunteers of this property are showing to his legacy, which includes finding new ways to keep things exciting. 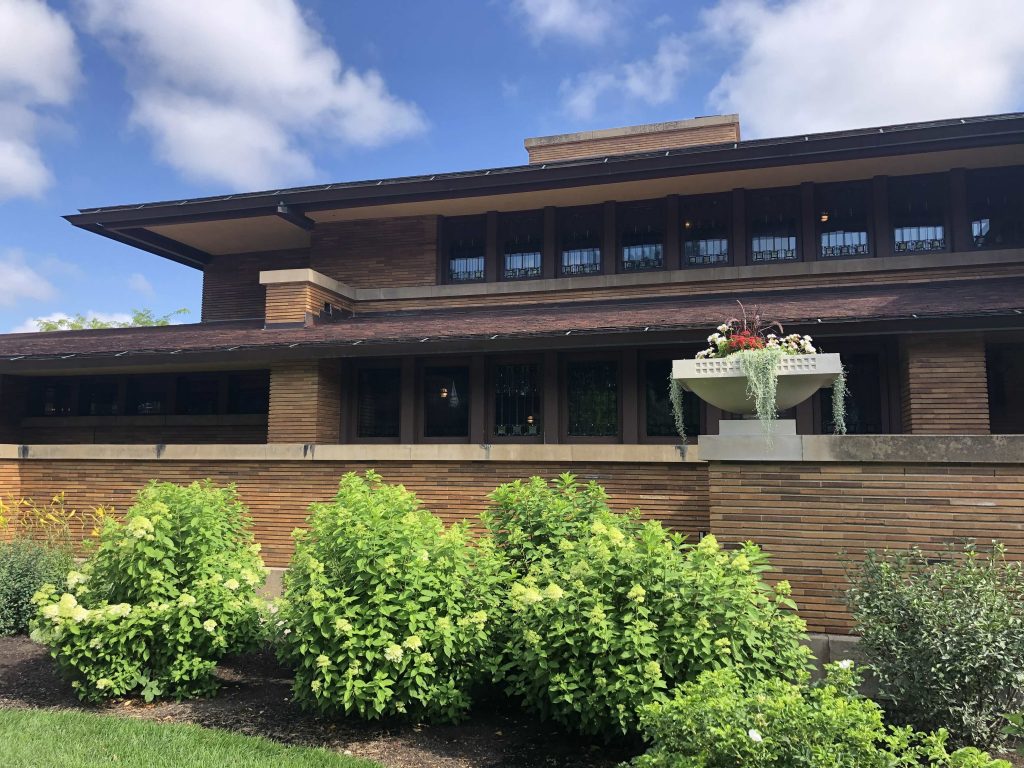