The SEO Garden: A Letter to the Midwest

Well, as your letter writing skills are obviously taking second place to your Facebook overshares, I thought I would pick up the baton (as most women must do in this life), and nudge you with its slightly nubby end. 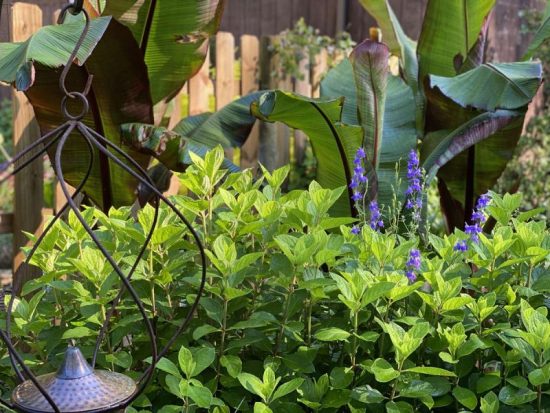 The bananas are beginning to cook.

I enjoyed your latest Rant about things in the gardening world that you love and loathe, but erased my pithy comment about 600 characters in, feeling it was better to start a new, more focused, discussion on the things that also make me crazy as a gardener and garden writer in a new(ish) digital age.

As almost all of them involve a laptop which is not particularly photogenic, I’ll entertain you with pictures of the garden right now instead. 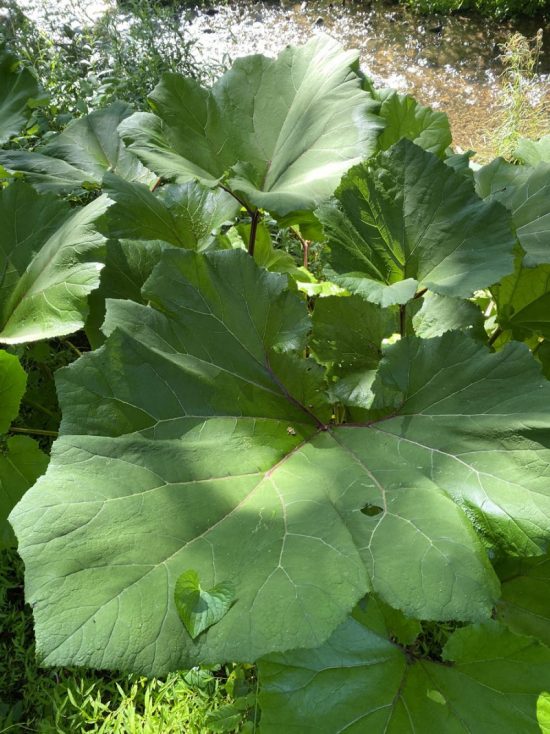 There are many things to love about the digital age of course – my word processor for one, my digital SLR for another.  Hell, my iPhone camera at this point. But I know, in a little tiny corner of my mind which I often close for comment, that each is working with the passage of time to make me lazier and less clever.  Depth of field nuance? Grammatical flourish? Tricky spellings which tax the brain? All casualties to algorithms and sweet sweet convenience if I allow it.  And I so often do.

And these are skills we should be loath to lose. A writer friend wrote the following on syntax, which I have pinned up in my office on a 3×5 card to remind me of the fun of it all – the reason if you will to turn off Microsoft Editor, and Yoast, and the specter of your fourth grade teacher insisting that you will be pitched into the fires of hell if you start a sentence with a conjunction:

It’s no sin to tax the grammar.
If you’ve the skill, then you canna.

The Scots would point out, quite rightfully, that the last word negates the gist of the thing, but I like to feel it is penned in the style of Ogden Nash.  Perhaps you might prefer CAKE’s more modern approach with the lyrics of John McCrea in Stabbing Shadows:

Adjectives on a typewriter, he moves his words like a prizefighter.
The frenzied pace of the mind inside the cell.

That last line’s gotta resonate with the man who just penned 722 words (I counted) on high octane gasoline.

So if we allow these things to ‘help us,’ will they eventually hurt us instead? Which brings me to the issue of the modern ropes, however silken, that tie us in knots and limit the creative [horticultural] mind. I wonder if you’ll agree. 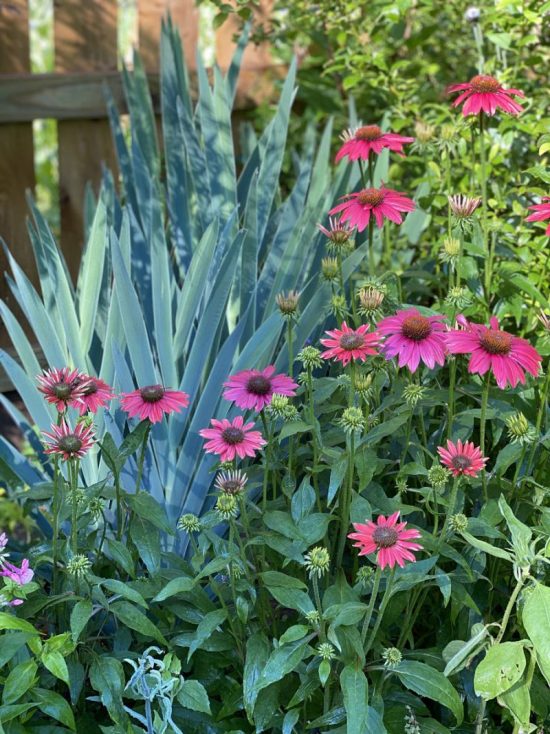 Do you know how long it takes to thumb-type Aechmea fasciata into a phone with muddy hands? Do you know how much I’m forced to drink when I then read ‘Arch fascists’ on a text I’ve just sent to a botanist friend who is probably wondering how much news I’ve been taking in lately – and from which websites?

Wait a minute, of course you do, you’ve got at least a decade on me. At least I can see my screen at this point.

All said, it does tend to limit the amount of times one wants to thumb-type Achmea fasciata into a phone with muddy hands. Easier to type ‘urn plant’ and pray there’s only one. 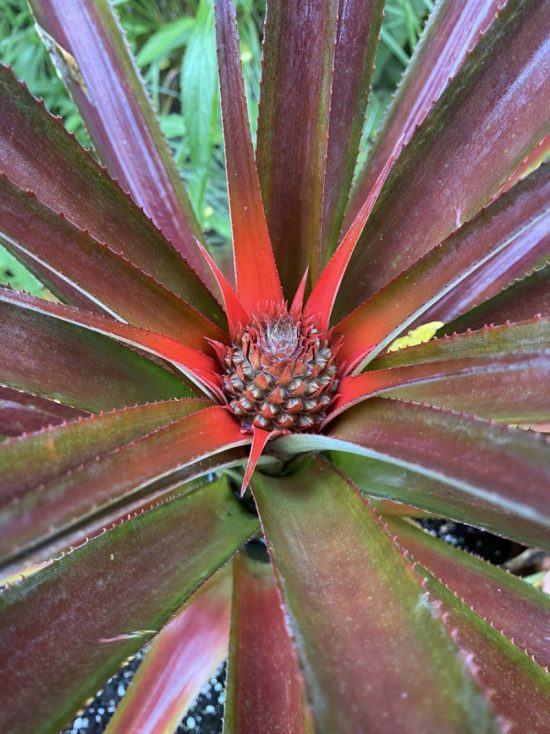 Well, not an achmea, but an ananas. Pineapples in Virginia. So. Much. Fun.

Which, like its evil brother, Autocorrect, does not understand botanical nomenclature and turns a simple task into ten wasted minutes of your life you will never get back. Here’s a great example from today: Tripsicum dactyloides to the folks at Apple is “trips to come back to the ladies.”

And, if I type it in, and forget to hit that top left “Yes, that’s damn well what I typed” word suggestion, I get something equally incomprehensible courtesy of Autocorrect. Unless of course, I’ve typed it before. Or not. Depends. Meanwhile, the tripsicum has spread four inches.

I imagine Dr. Fauci and his lot are struggling with the same issues: “No! I said remdesivir – the polymerase inhibitor, you idiot machine, not ‘REM death severe.’  Holy hell – like the President needs to think sleep will kill people at this point.  Somebody get me a new phone.”

I do believe I dislike this most of all. Not simply because of the articles that have been butchered by editors with their hungry marketing eyes fixated (quite understandably) on key words and their synonyms awkwardly repeated 16 times in 900 words. Nor because of one-sentence paragraphs that can no longer hold their heads up proudly and call themselves paragraphs. But because of the nuance that is lost when all this happens – particularly when it comes to clever, teasing titles.

Would you rather read “The Necessity of Underwear” to gently introduce you to the painful subject of staking, or scroll through yet another “The One Crazy Trick Great Gardens Have in Common – Sure to Shock You!” 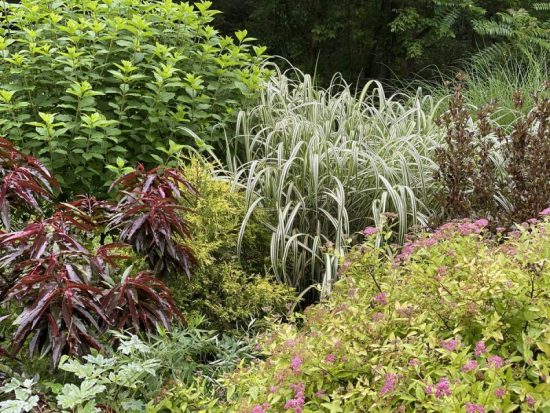 Mixed shrubs made ever so much better by a touch of Cosmopolitan. (Miscanthus sinensis)

Had this SEO nonsense been the norm eighty years ago, it would have completely obliterated most great garden literature, including the scratchings of His Royal Highness, Monty Don. Loath as I am to mention great British garden writers in light of your sensitivity on the subject, I feel an example is necessary.

One of Christopher Lloyd’s Country Life articles “Shun the Invisible Worm” (found in In My Garden) is a piece about succession bloom in late summer borders; and somewhere, deep in the meat of it, he comes to the threat of introducing the phlox eelworm into one’s garden.  Then, just as quickly, back to love of plants, and of hybrid rhododendrons. The worm was just a blip; but in finding it and moving through the article, the reader-gardener is transported deep within Lloyd’s kingdom.

I simply wouldn’t have fallen in love with that garden (or that wit) without that journey.  One feels the garden. One begins to know the garden.  His articles are a mix of straight-to-point and linger-a-little.  Both are necessary.

The great American garden writer Henry Mitchell wrote similarly, as did many others in the days before newspapers threw out their garden columnists onto hard pavement — forcing them to sell their souls in a world run by Yoast and its little red frowny faces. Some of them still do.

New 2020 title for Lloyd’s piece: The Terrifying Pest That Will Destroy Your Garden!

Notes from 2020 editor: Remove rhodos and summer border options.  Not relevant. Need some keyphrase headers.  Can you make the worm more terrifying? 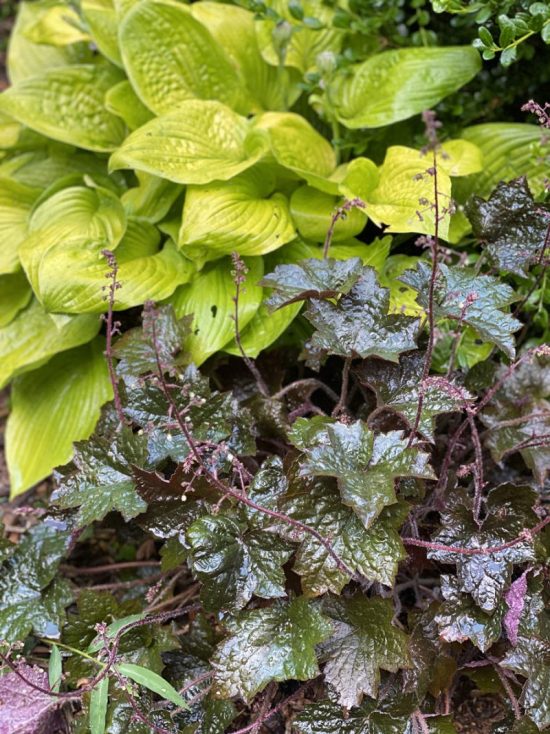 Those frowny faces say impertinent things like “Keyphrase has been found less than four times.”  “42% of your sentences contain more than 20 words.” “82% of your readers have started scanning their Instagram feed.”

I wonder if those who don’t blog or write content for websites (all fifteen of them) understand how much has been lost in a one-inch-deep marketplace.  20 words folks.  That’s what Yoast and Google think of our ability to read at this point.

For the benefit of future employers/editors reading this letter, I feel compelled to add that I am fully versed in SEO and will absolutely sell my soul in a world run by Yoast and its little red frowny faces. The pavement is so very hard. Scott, I’m sure you’ll join me in my abject groveling.

Or rather, the new need for us to use exclamation points in texts, emails, or prose — or risk pissing someone off with our disembodied, obviously snotty, tone!

You probably wouldn’t understand because you’re so “good-natured” and “sometimes humorous,” but some of us don’t have to work that hard to make others believe we’re using a snotty tone, so we’re forced to use more exclamation points!

To friends! To colleagues! To people we’ve never met before! I die a little bit each time I do it! To those who flatly refuse – I deeply respect your stance! But maybe you’re grumpy!  I can’t tell! And see paragraph above! 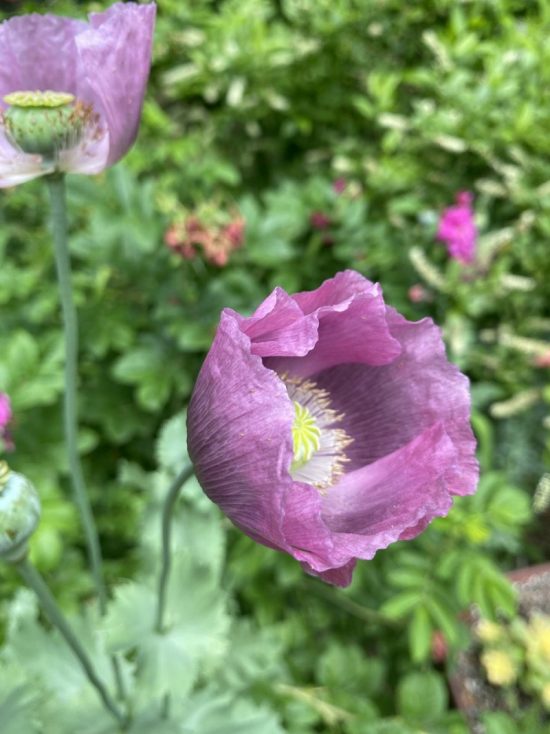 I always think I love the red ones the best, then I see the pure lavender ones. 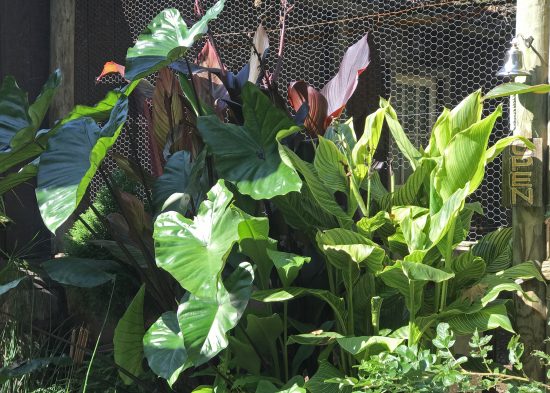 Not for salad fixins’

Yeah buddy. You’re right.  Taro leaves do happen to be edible.  Boiled. Boiled hard. Just don’t make one of those “tons of ways” chomping on the raw leaves with a steaming cup of ashwagandha before you start your sun salutations, or your throat will swell shut.  And then you’ll need something other than plant medicine to realign your chakras.

While I give everyone and anyone a free pass to make mistakes in life and in print as we all do, I cannot get over some of the utter horseshit I see out there.  I suppose I should be thankful that it’s mostly Russian bots scanning it.

What was my SEO header keyphrase again?

Speaking of plant medicine, it appears to be time to close up this fabulously clever word processor with all of its little demons and frowny faces, and mix myself a G&T – though I know we disagree on the sticky issue of what to pair with one’s tonic. Your penchant for Vodka is unsettling, but I will assume a Vodka tonic pairs well with a Vodka jello square after a long day keeping the elephants off the phlox. Personally I don’t see why you don’t use Everclear and save a bit of cash. 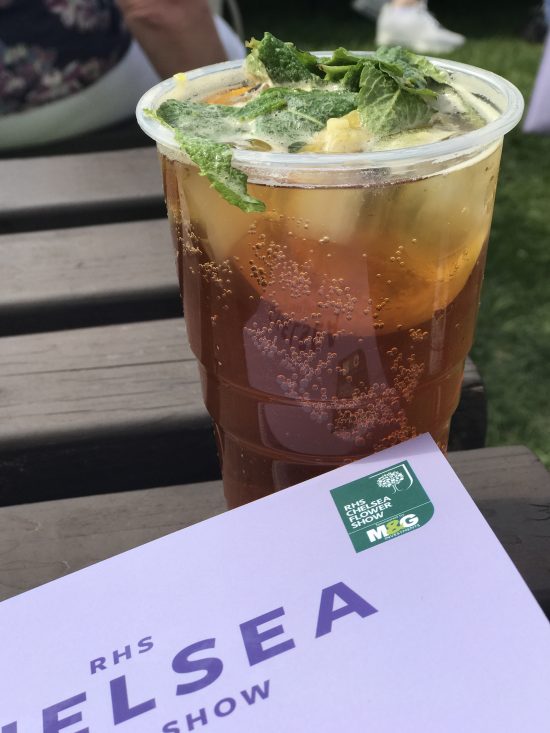 Can we at least agree on Pimms? Don’t tell me your mixer is soda water.

Yours in the sublime brilliance of tonic at least,

P.S. Just rebuilt the carburetor on my edger with the help of a friend. I too loathe this gasoline dance we do, but at Stihl’s exorbitant European-esque fuel prices, I’ll continue to use my additives.

P.P.S. The irony of having to mess with the SEO of this letter to achieve Green-Face Nirvana has sent me to my second G&T.