Cloistered by COVID, Thinking of a Trappist Abbey 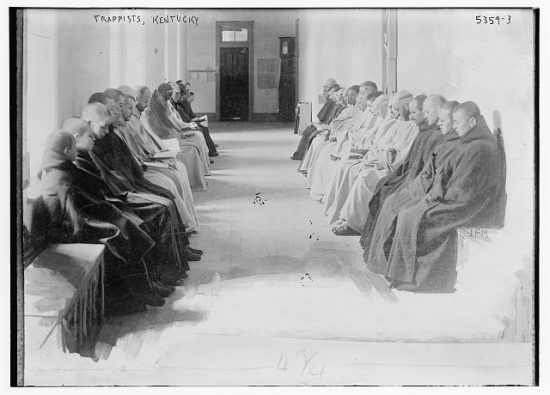 I began dreaming of a walled sanctuary soon after I began gardening in the 1970s. I wondered what it would be like to live behind the cloistered wall of a monastery, sealed off from the chaos of the outside world.

Rose and I are now cloistered. This is not what I’d hoped for. Not by choice, we are walled in, staying close to home.

The very large Gingko, at the nearby Abbey of Gethsemani, gives me hope. Like it, we too are old growth. 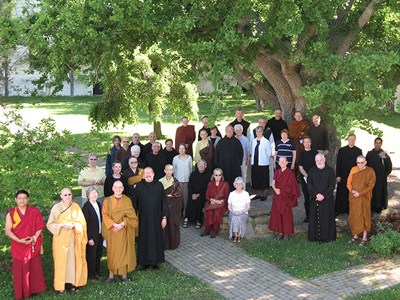 I am at an elevated risk to coronavirus COVID-19. I am old-ish (68) and my immune system (M.S.) is compromised. My life in the garden this past week has been a healing process. My half-dozen past gardens, over 45 years, have always been my quiet place, where I am able briefly to let go of the world around me.

The Cistercian monks at the Trappist Abbey of Gethsemani arise at 3:15 AM to do the first of their psalms (beginning with Vigils and ending with Compline at 7:30 PM).

We, meanwhile, sowed seeds of lettuce, spinach, chard, turnips, and beets, then planted potato eyes and sets of spring onions. 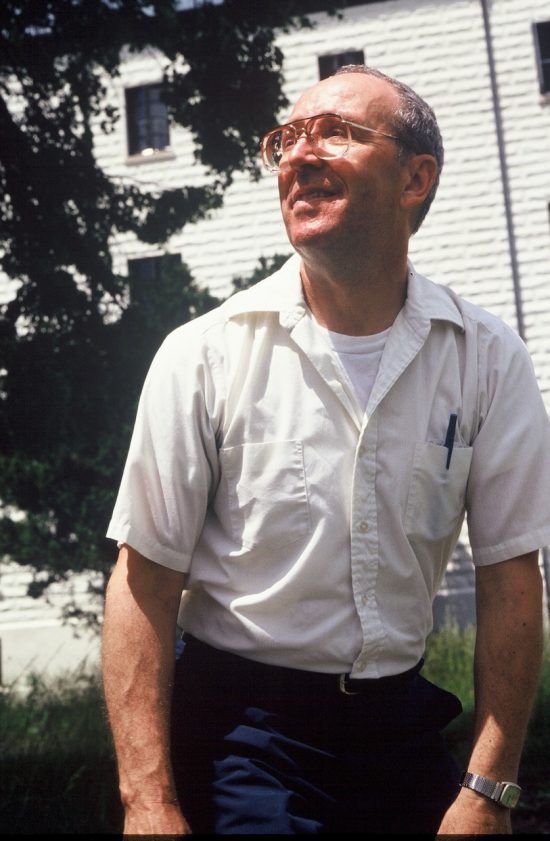 Brother Harold was the self-anointed gardener at Gethsemani in the 1990s. He and I corresponded for several years before we met. He shared my love for gingkoes. Harold loved his perennials also, especially daylilies. He purchased perennials from my old Holbrook Farm and Nursery. (Who knew frugal Trappists had a budget for plants?!)

Brother Harold took me behind the cloistered wall on my one visit with him in 1991. We stood still under the big Gingko. I had previously, on earlier visits beginning in childhood, looked through the closed gates and wondered what lay beyond. A secret garden, perhaps?

Filmmaker Morgan Atkinson captured the Gingko in his documentary about Gethsemani:

Thomas Merton was Gethsemani’s best-known monk. Merton was a priest, teacher, poet, photographer, activist, author, occasional hermit and gardener. Brother Harold, in contrast, was not well known beyond the Abbey of Gethsemani.

It wasn’t until this last week, when our own self-styled cloistered existence became suddenly essential, that I began thinking again about Brother Harold.

Alzheimer’s took Harold’s mind and eventually his life, but I will remember his trust in faith and mystery. The Abbot told me later that Harold, in a diminished state, would often come up to other monks, hold up bouquets of flowers, in front of their faces, and say wildly, “Aren’t these beautiful?” The monks acknowledged politely, “Yes they are.” They smiled and walked away. 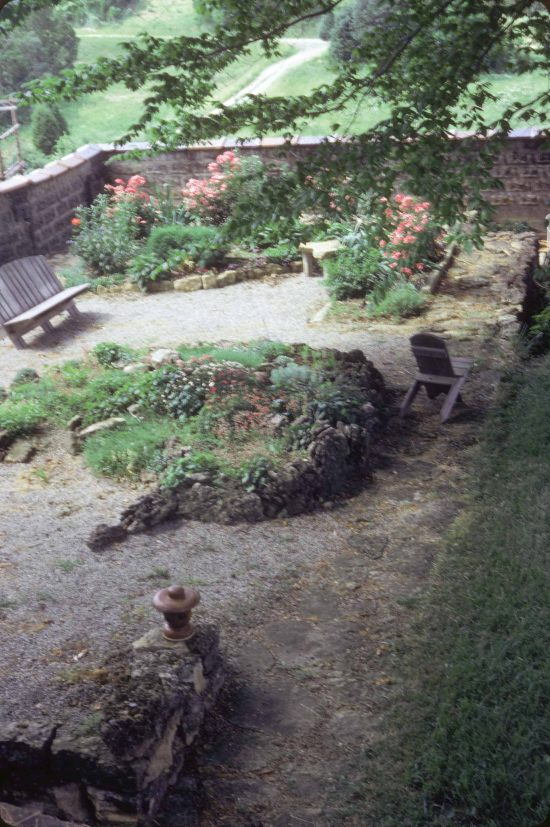 I’m convinced Harold was on a gardening mission. He wanted to bring the monks back to the garden.

I have spent the last 50 years trying to do the same. Garden converts don’t come easily. Gardening requires a unique subset of determination: passion and the discipline of a holy monk. 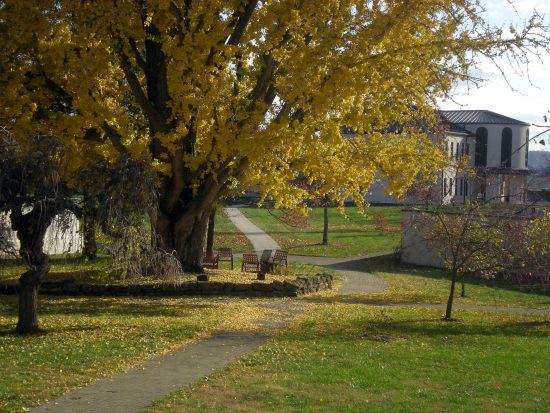 Near the end of my few hours with Brother Harold, he took me to the back of the monk’s quarters, out of all public view. Brother Harold pointed to the forsaken Zen garden that Thomas Merton had built. There wasn’t much left besides chunks of karst limestone and a few chairs. We stood there quietly for a few minutes with no distracting thoughts.

Harold must have done this magical tour before, but he didn’t say.

I suspect Brother Harold had discovered that God and garden are mysteriously revealed together at the sweet spot of the quieted mind.