If I were being completely honest, and I’m usually not, I would admit that I have an almost maniacally caricatured impulse to over-plant. Collector’s mentality run amok. Garden design joyfully not grounded in reality. Which basically defines most gardens I’ve seen and 99% of the dwarf conifer collections I’ve been to. Yeah, sure, they grow an inch a year, but give them too little space and too many years, and, boom, a red hot mess of green and yellow geometrically shaped plants poking and prodding into each other like deviants. This is a look no one likes except a tiny subculture of old men, usually found in dwarf conifer societies, who never seem to tire of murmuring terms like “juvenile foliage” as they struggle to identify cultivars only micro sliver’s different from ten others in the very same garden.

The most unnatural thing in the world is when dwarf conifers intermingle. Like tuxedoed bankers who wandered away from the awards dinner and huddled together when they found themselves surrounded by curious hippies. 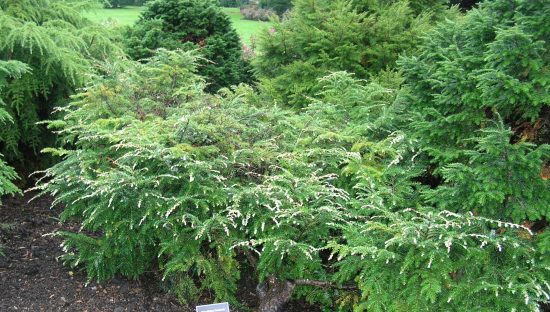 Too many dwarf conifers together just seems like the horticultural equivalent to being on a slow, crowded elevator to the clinic.

Lord knows I have a ton of flaws, but cowering in the face of an over-planted garden about to riot isn’t one of them. I’ve got a garage full of tools with very sharp blades and it takes but the drop of a hat to start me slashing my way through vegetation like a crazy-from-the-heat conquistador seeking El Dorado. This happens at least ten times a year. And I don’t have an ounce of sentimentality anymore for a plant when it can no longer be sheared, mounded, hacked, beaten, kicked, limbed up, or rejuvenated (ha!) into submission. When a plant no longer pleases me, or, lo, if it should ever battle, bother, or bore me, it quickly transitions to a stump.

It’s been a busy gardening year. I did a bunch of stuff and most of it in a hurry. On multiple occasions, while bustling through the garden and paying less than full attention to where I was going, a certain perfectly healthy but girthy dwarf conifer (Picea pungens ‘Globosa’) nearly knocked my fat ass off the path. A big stiff, scratchy shove to the side. The first time, kinda funny. The second, not so much. The third, and its days were truly numbered. 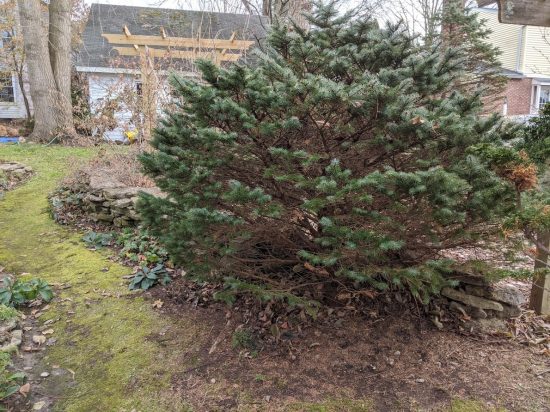 Last week, the knives finally came out. Now I could have mercifully gone out and cut it off at the ground and been done with it, but I fancy myself something of an artist. First, a little creative pruning to see if I could sculpt it into something wild and cool. So instead of doing other things, I tried doing that. An hour or so of nipping, tucking, gazing, and cursing, and I almost had myself convinced that I had succeeded. A second look a day later, and it was obvious my spruce had zero likeness to the wind swept Monterey cypress look I was imagining. Nope. At best, it resembled a demon cancan dancer, skirt lifted, cruelly revealing the world’s ugliest legs for all to see. Not good. Not good at all. 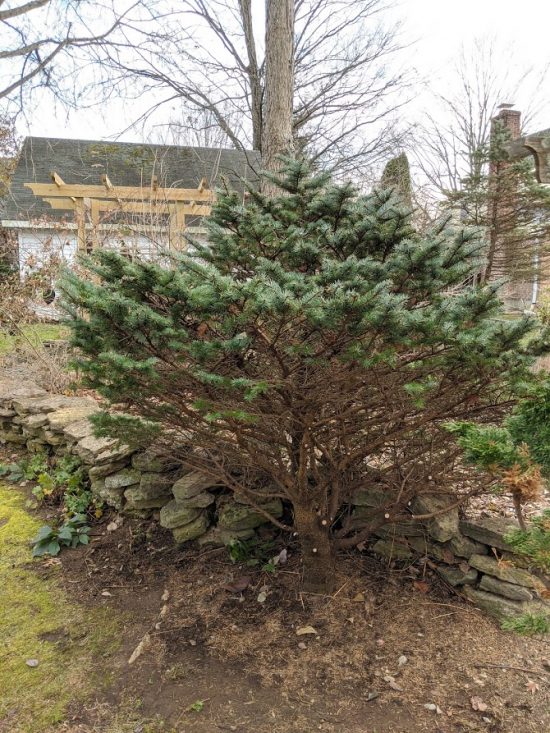 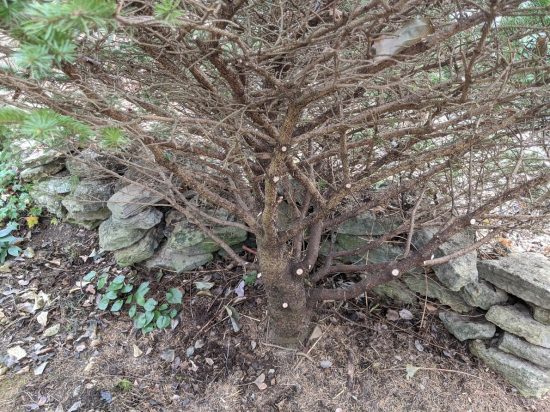 Actually, no Sir, I am not. I am not proud of this.

So the next time I’ve got a spare minute, or, more likely, some afternoon when I’m supposed to be doing something else but would rather saw something down, the job will be finished. It’s not like there aren’t 400 other plants I wouldn’t mind trying in that spot. So sometime this spring I’ll go out and buy something and it will have its chance to thrive in my garden. At least until it gets too big and poky.

So here are the photos. Judge me all you want. I don’t care. I am a very experienced gardener. I am also a highly trained professional who happens to have International Society of Arboriculture arborist certification (OH-6174A). I’m certain the ISA will be less than thrilled when they see this and will review their membership criteria in a panic, but until I’m disbarred I’ll just remind everyone that I at least passed the test while the vast majority of you didn’t. And I’m paid up on dues. So go ahead and say nasty things if you want. It won’t hurt my feelings. But, if by some fluke that happens, I want you to know I have an old, insecure, partially blind dog I can take it out on. Just kidding. I’m flawed, but not that flawed. I’ll take it out on the cat.