Burning bush – the shrub that won’t go away 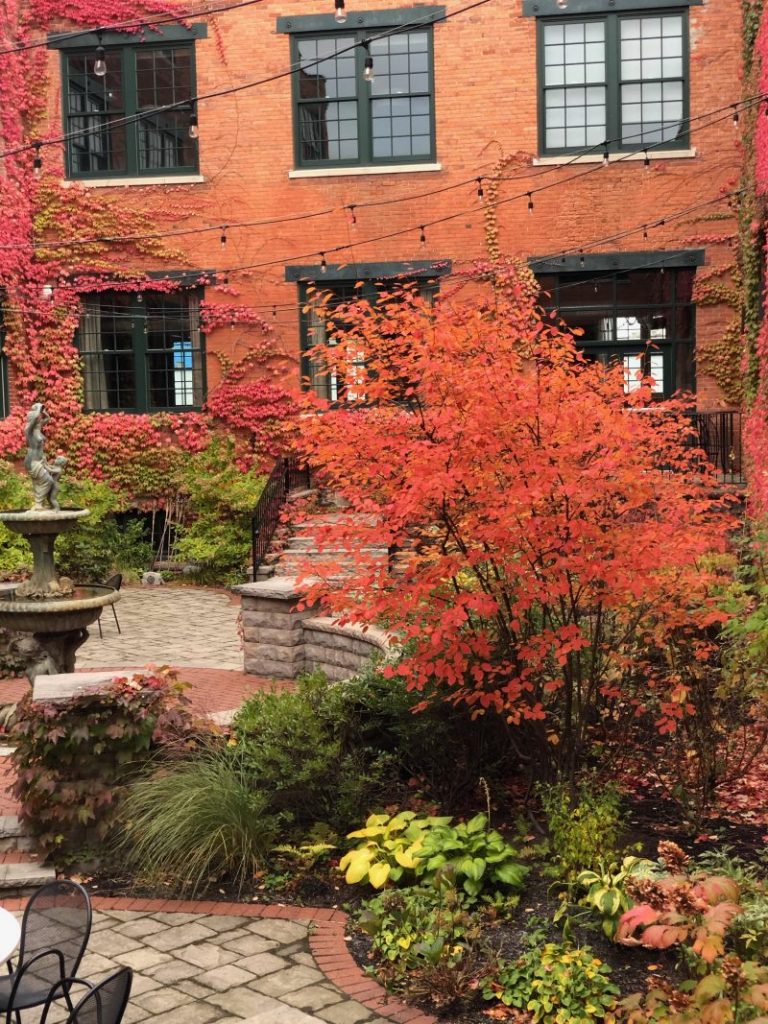 Serviceberry, Boston ivy and hydrangea are at their best in fall here. And there are many, many other great choices.

“What’s this beautiful shrub?!” was the question on our gardening group. And, of course, the answer was well-known to many of us: euonymus alatus, aka burning bush. 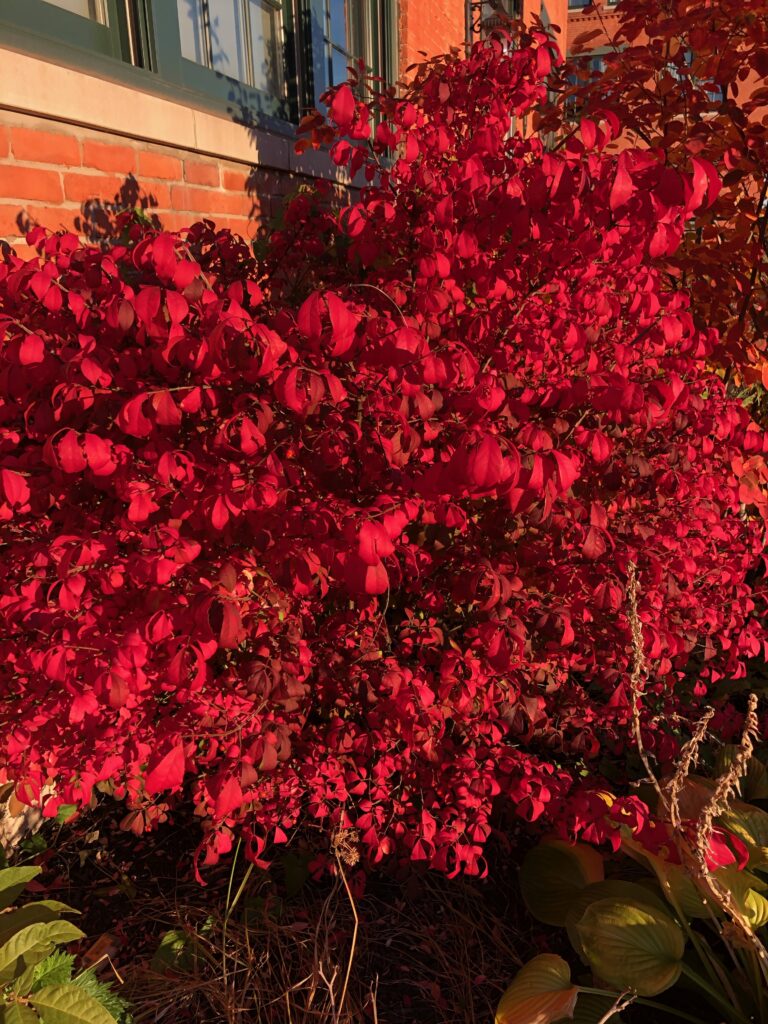 Euonymus alatus does have great color, but doesn’t provide much interest at other times.

There is no escaping this ubiquitous corporate landscaping choice at this time of year. Indeed, whoever did the plantings at my office stuck two of these in front, where they remained either green and boring or bare and boring for four years; this is the first year they are showing color, which I agree is very pretty. But the two weeks of pleasure provided by its fall color does not in any way alleviate the fact that this plant is invading forests throughout the US and is on the New York DEC “regulated” list, as well as many other invasive advisories throughout the country. I would never plant it.

Annoyingly, institutional and corporate landscapes often have massive rows of this. You’ll see it around traffic circles, lining parking lots, and in front of offices everywhere. It’s really only in fall, though, that I remember to be annoyed by its presence, as at other times it is nondescript. The worst part is when workers prune it into boxy shapes, which greatly interferes with the reason it was planted it in the first place—you get patches of red punctuated with bare spots rather than a glorious burst of red.

There are so many other shrubs that provide beautiful color in fall. So many. Some of my favorites include serviceberry, blueberry, beautyberry, and sumac. Sumac provides some of the best fall color I’ve ever seen, though it is a bit unruly for a small home garden. I enjoy it along the road. At home, I find that my viburnums, leucothoe, and hydrangea put on a decent show. And the maples, of course.

At the office, whatever was done in front is made up for in our courtyard (at top), which absolutely glows at this time, with, (mainly) serviceberry, Boston ivy, and river birch. No burning bush is needed or wanted here.