When Guerrilla Gardening is Just Stupid 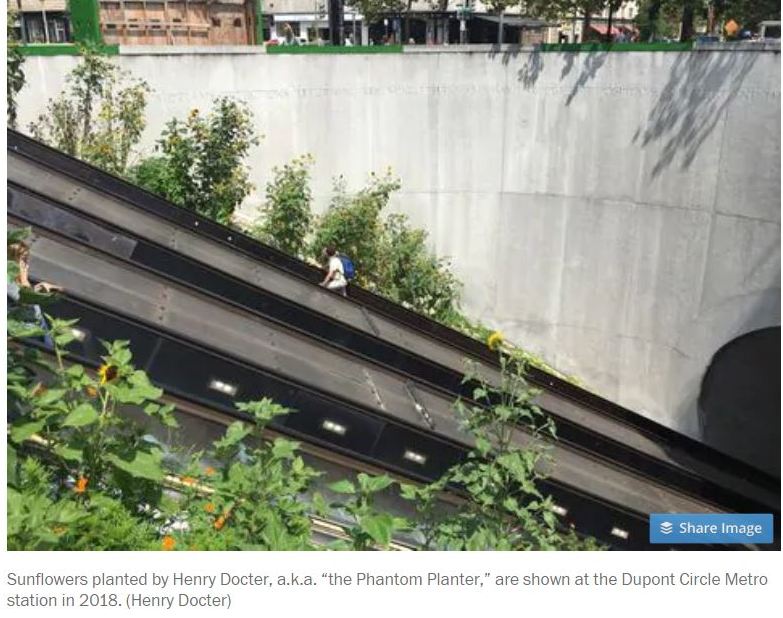 Back in 2013 I wrote approvingly of DC’s “Phantom Planter” and his planting of flowers in public spaces without permission – guerrilla-style.  But with his latest attempt to beautify the escalator into the Dupont Circle subway station, I’m no longer a fan, even siding with the authorities in their decision to remove the sunflowers he planted there, in a spot intended for groundcovers. 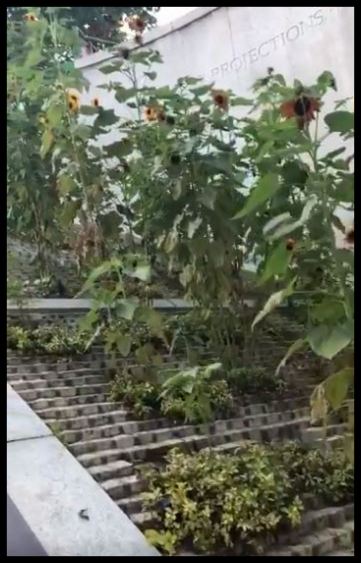 View from the escalator

According to a columnist for the Washington Post, who described the removal as “the sunflower massacre,” the subway’s authority said their maintenance crew “would remove anything that could attract rodents or encourage them to nest at the entrance.”

The columnist asks: “Did Metro consider what commuters might want? Or did officials there simply, by default, choose bureaucracy over beauty?”

This assumes that commuters know better than the maintenance department, the folks who have to deal with the consequences of a well-intended resident putting the wrong plants in that spot. (To state the obvious, sunflowers are much too tall for that spot and are favored by rodents.)

The Phantom Planter has clashed with authorities before over this very same spot, resulting in his going public with the essay “Why I became the Phantom Planter” and launching a GoFundMe page for his beautifying efforts.

I’m as pro-beautification as anyone, but doing it stupidly doesn’t help the cause.

My own coop community has seen enough well-intended but failed efforts at beautifying public spaces to warrant the creation of an official approval process to make sure the new mini-gardens actually look good and are maintainable.

Just like the supporters of sunflowers at the subway station, some of my neighbors were upset recently when the daylilies they’d planted in a public spot were mowed down. I was consulted and instead of agreeing that the mowers should be more careful, I advised planting them in a bed or border, with a clear distinction between the flowering plants and the surrounding lawn, like the ones shown here. Maintenance crews are riding big machines and moving quickly, so I say let’s give them and our donated flowering plants a chance.