How to survive having your garden on tour 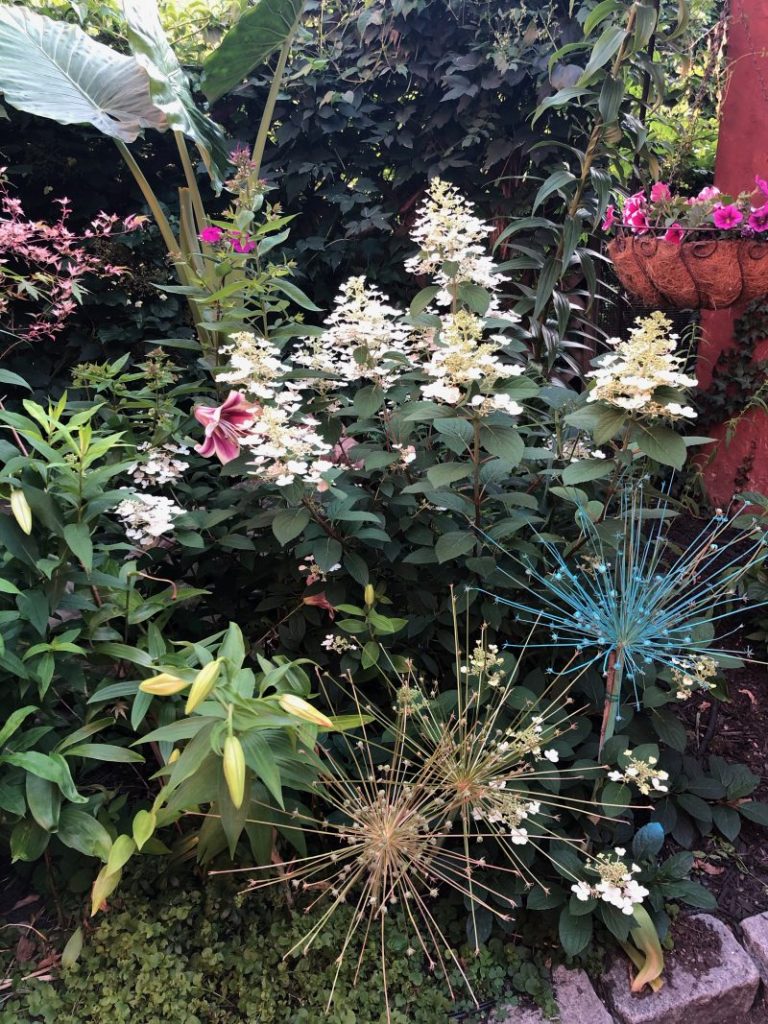 Think this is Little Quickfire

If I wasn’t part of a huge garden tour every year, I wouldn’t make too big a deal of plants that don’t perform at the top of their specifications. I’d freely pull out or cut back perennials that annoy me and would likely not bother with weekly feeds for my annuals in pots. Maybe I’d have nothing but native plants. I might even take a long vacation for most of July.

In Buffalo though, we Garden Walk gardeners must keep a wary eye on the countdown to  the last Saturday and Sunday of July. The world may not be watching, but thousands of garden tourists will be. Is there something new I’ve installed or planted for 2019? If not, can I make something up?

As I write this at 10:11 p.m. on the eve of GW, I still have a wheelbarrow of mulch leaning against the garage and gloves and pruners waiting on the table. There is one plant that still needs to go in. Spectacular failures can’t be fixed at 10 p.m., though. A stand of daylilies eaten by deer can’t replaced. A lineup of ferns that got stomped by drunks passing by can’t be propped up. Thankfully I do not live in the suburbs and the drunks have been kind this year. 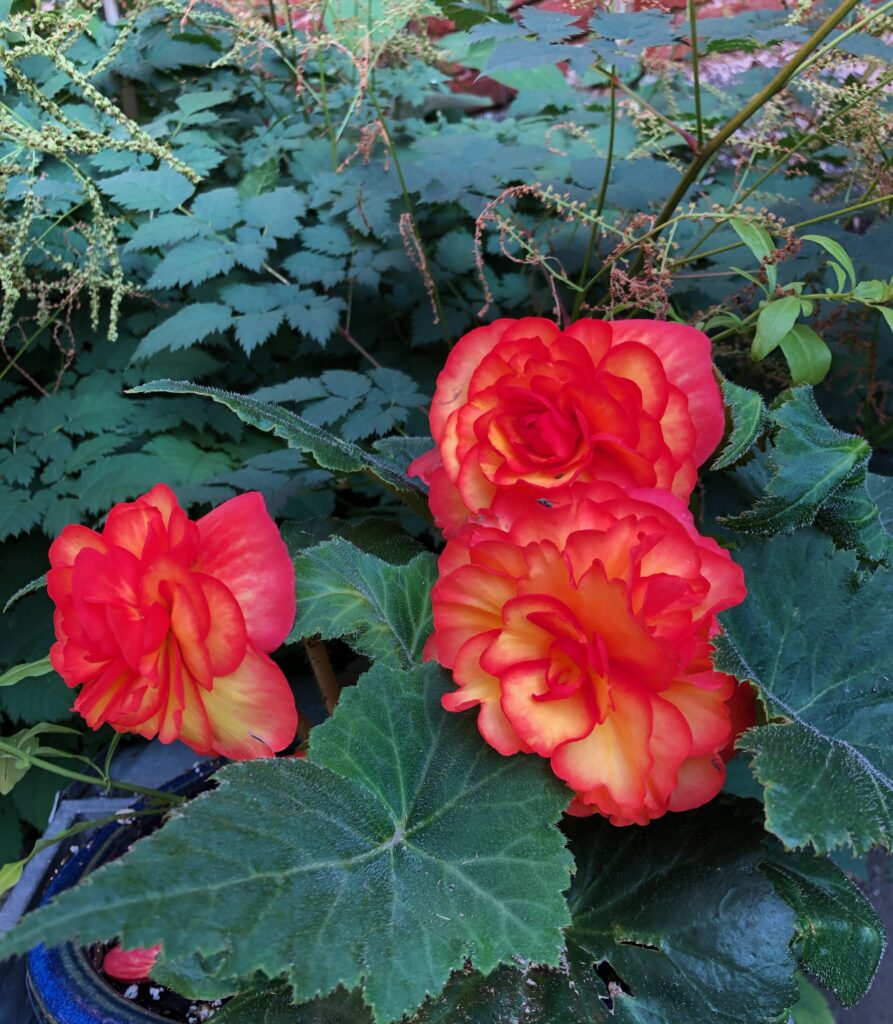 I’m testing this On Top Sunglow for the local Trial Gardens. A+ so far!

But what I’m really thinking about are not animal- or disease-induced catastrophes, but the other gardeners. Was their weeding much less haphazard than mine? Did they plan their borders better, and not crowd everything together as I am so apt to do? Will visitors be seduced by larger spaces with multiple paths or beds bursting with color? My beds have color, but I’ve never been able to achieve the bursting part. Will everyone else have dozens of monarch caterpillars clinging to their asclepias, while my one, lonely plant (I could swear I planted more) remains uninhabited?

These are the plaints of the unintentional show gardener. It’s not what I trained for; I came into this property with near-zero horticultural knowledge. And yet—there was a garden. And, also, all those twenty years ago, there was a Garden Walk. I couldn’t be left out.

You fight the battles you can win when it comes to being on a garden tour. Here are some of mine: 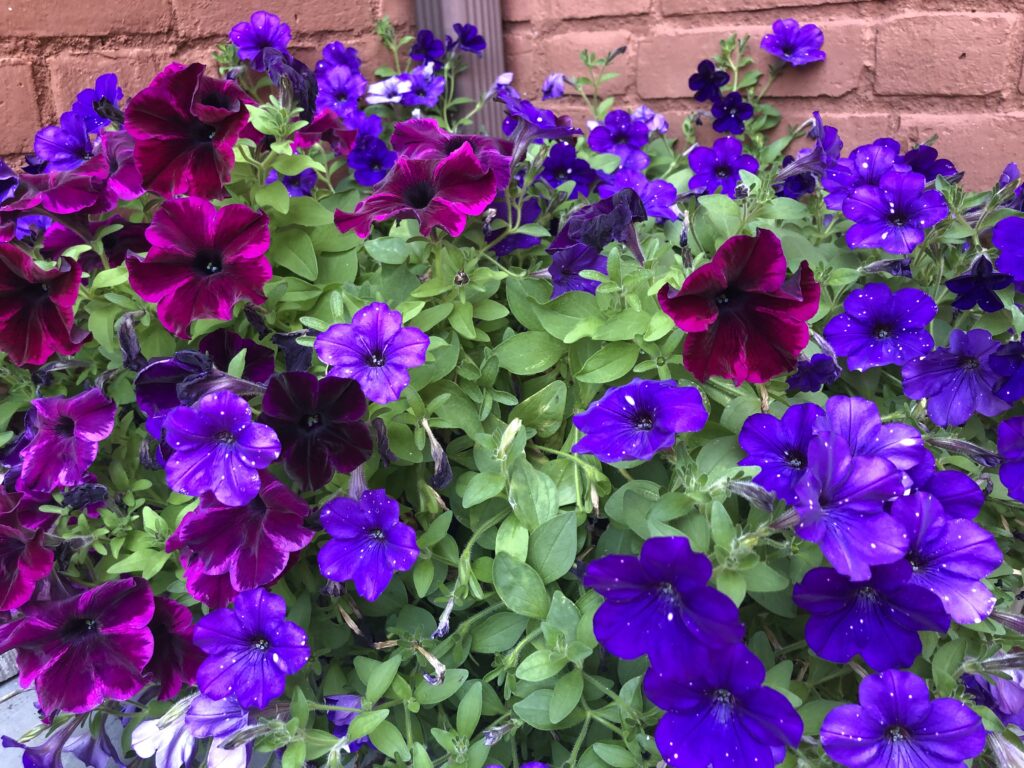 I’d rather have crazy petunias than crazy calis.

Learning to reject trends:
I don’t hope to convince anyone, but I find the performance of most petunia hybrids to be so much better than calibrachoas, and now that the petunia breeders are really letting their inhibitions go when it comes to colors and patterns, I am team petunia from now on.  My friend Stan Swisher, who runs the A.A.S test gardens here in Buffalo, agrees completely.  (I am doing weekly feeds.) 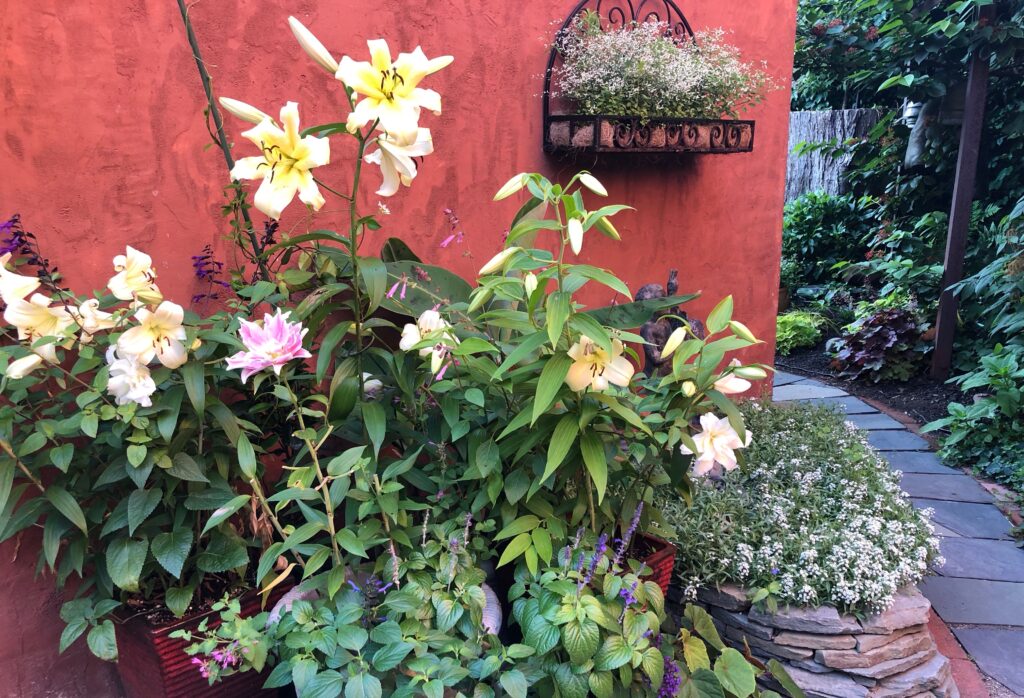 Keeping many in pots has helped.

Don’t let a beetle win:
Many longtime horticulturists are now advising to avoid lilium altogether so as not to give lily beetles a place to live. Eventually, they’ll go someplace else. That could take years, however, and I’m hitting them early and hard with Neem and hand-picking. It’s much better this year as a result. Like all lily fanciers, I am hoping the parasitic wasp arrives here soon to do its death-dealing work.

Play the right music:
Brazilian jazz all the way.