Compost Your Loved Ones 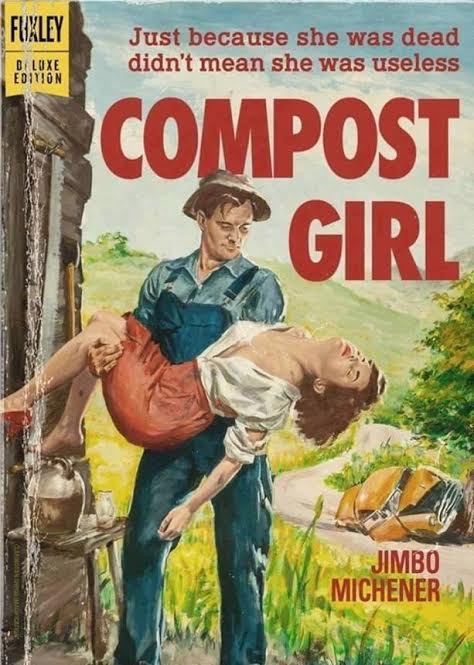 The idea of being sealed in an impermeable coffin, six feet under, for eternity has always seemed a bit creepy and wasteful to me.  Cemeteries take up a lot of land that could become gardens or forests. Just think how many homes could be built from the metal, concrete, and wood if these resources were not used in traditional burials.

Cremation makes some sense, but it is energy intensive, and the byproducts contribute to climate change.  Actually, I’m hoping I can be composted when I go. But whenever I bring up the idea of human composting around family and friends, “Ick, yuck, gross” is generally what I hear! There are lots of reasons why I think “Compost me” is the way to go.

Green burials are now legal and available in 41 states. As an avid composter, I see this as similar to trench composting.  You dig a deep hole and bury your organic waste. (This can be done to dispose of our pet feces too, rather than putting it in a plastic bag and sending it to the landfill where, like dead humans, it will be sealed away for a long, long time.) In a green burial only natural materials such as linen, bamboo or wood are used.

I’m also drawn to green burials because this practice draws on a rich history of relationship with the land. Farmers have been composting dead animals for some time by covering the animal with a high carbon material like straw or woodchips, providing adequate oxygen and water.  The aerobic bacteria and microbes recycle the animal back to soil.  In six months, there is nothing left, not even bones.

Washington State is currently considering legislation to allow a fast, hot composting process whereby human remains are broken down and become finished compost in about one month.

Though it may seem a taboo subject, it seems that we need to at least have the conversation. Once composted, you or your loved one could be used in your garden or to amend the soil when a memorial plant is planted. I like this idea, and to me it isn’t icky.  Dust to dust … feed me to the soil. It could be my last gift to this beautiful planet I share with all living things.

Barbara Dumesnil is a Master Gardener and Compost Specialist in Eugene, Oregon. She carries on her love of plants and gardening from her mother.  In addition to digging in the dirt, she enjoys fly fishing, horseback riding and just being outdoors.