I used to be too cool for color. No more.

I was never the “cool kid” when I was young. It just wasn’t an option for me. Oh, I tried. Tried everything I could think of, which, of course, only dug me in deeper. A fundamental rule of being cool? Don’t appear to be trying. Try to be cool too hard, and you get beat up, and I got beat up a lot. It didn’t help that I was relatively small, dorky, different, insecure, and maybe just a little bit obnoxious. Nope, being cool was never in the cards for me.

Funny thing, although I admired those cool kids so much when I was young, wanted to be like them, and, above all, wanted to be liked by them, now, all these years later, I think of them as what they probably really were: jerks.

Later on in life, I unexpectedly found myself a “cool kid.” Sort of. Became a serious plant geek. This, of course, is certainly not cool. Ask ten random people on the street if being a plant geek is cool, and you’ll see all of them make the same facial expressions you’d observe if you had exposed them to a really bad smell. But, in that plant geek world, a place of wonky chatrooms, plant society meetings, and secret plant swaps, I gradually found myself knowing the right stuff and saying right things.

Most importantly, as my confidence grew, I became opinionated. Oh mercy, yes, opinionated, the Holy Grail of being cool. So after a childhood of being at best bullied and at worst ignored, I was strutting a little. I was kicking some butt, and it fed my ego. It was amazing! I became judgmental, I argued a lot, and scoffed rudely at the poorly informed. Me, the dorky kid from Sharonville, Ohio, had indeed arrived, and it was my time, my time, to be a jerk. Yes! Finally! 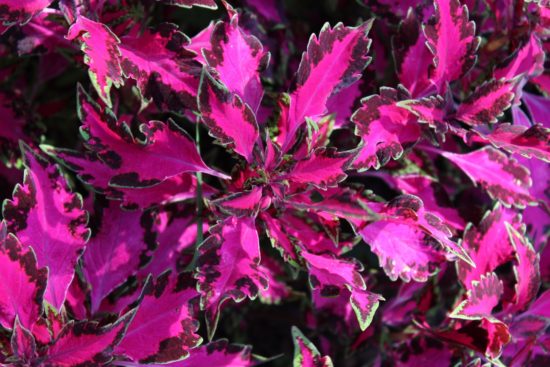 Unnecessarily excessive use of color.

But a funny thing happens on the road to becoming “in.” You find an awful lot gets left out. So, there I was, finally cool, which was typified by adherence to natural landscapes, native plants, mostly unpruned plant material, pure species, rare plants, and spindly, struggling things whose sole appeal was their legendary reluctance to live, and yet, through all of this, I was increasingly feeling a little lost and unfulfilled. Now, don’t get me wrong, I still love all that stuff. It’s my sweet spot. But, despite myself, and although it did disturb me, I found myself lusting after plants that beginners and commoners like.

I remember one time driving by a strip mall parking lot with badly designed beds of run-of-the-mill annuals all spewing forth unworldly colors. A little confused and very much irritated with myself, I drove around the block and wistfully enjoyed them again.

There were moments of weakness at the nursery. I recall hovering over some hibiscus with flowers redder than a terrible crime scene and bigger than garbage can lids and fighting my own arms to prevent them from putting five or ten in my cart. I started regularly visiting someone I didn’t even like because they had a big, happy bed of moonflower (and a refrigerator constantly stocked with good beer). Most upsetting, I even once caught myself admiring a new variety of hosta!

What had become of me? My walls had cracked, some were crumbling, and I desperately feared my secret might be found out. But the day I knew my coolness was over was the afternoon I literally gasped out loud at stunningly beautiful Knockout roses planted in an off-ramp median. There was no way I could pretend to anyone after that.

So sadly and reluctantly I let “cool” slip from my grasp. I moved to a new place, changed my identity, took to wearing a disguise, and gleefully began growing some brash, bold, and buffoonish plants. So totally uncool. And yet, as I discovered, so damned fun! 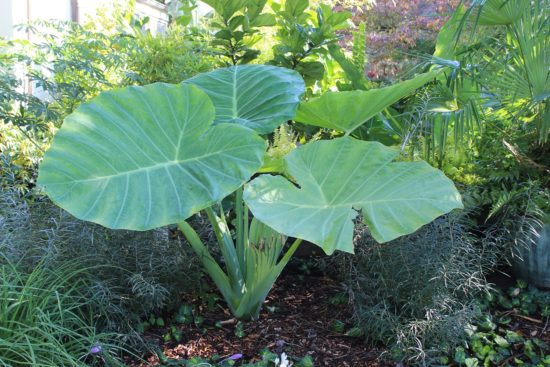 Fun. Who knew? Miraculously, I came around to the idea that fun is seriously important. Way more important than cool. Let’s face it, life is a roller coaster, and the people who don’t keep their hands safely inside the car and scream and flail get so much more out of the experience than those who don’t. 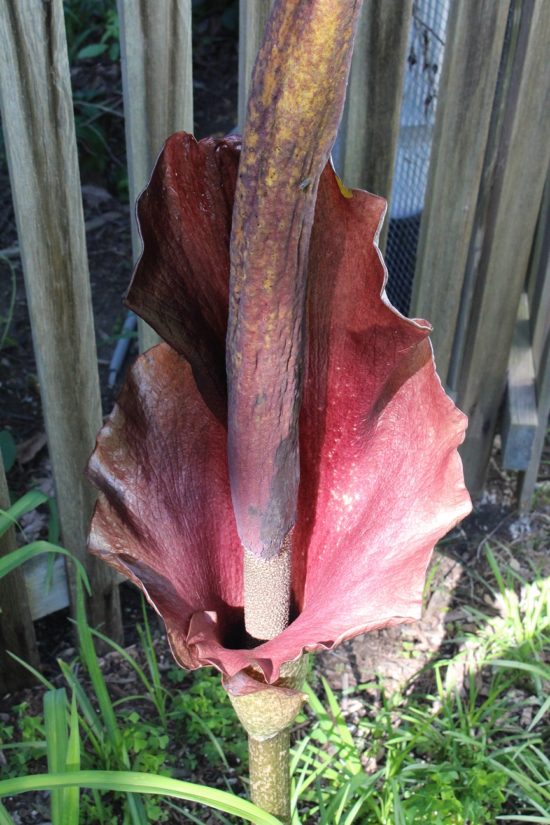 Even more fun? Plant something big and somewhat obscene.

More and better gardens can lead us to a better world. We all know that. And it’s very easy to get all wrapped up in that vision and take our gardens and ourselves pretty seriously. Don’t. It’s a trap. A seriously good garden has plenty enough elasticity that it can include a little fun. Or a lot. Even better, such things tend to transform more non-gardeners into gardeners than lectures on storm water runoff.

So without guilt go forth and plant the biggest, gaudiest hibiscus you can find. I did. I put it right next to a patch of milkweed. Or stuff a container with such numbers of tropical plants that the Amazon finds itself envious. It’ll look nice next to the serviceberry. Maybe try growing a 200-pound pumpkin. Goes well with a nearby pollinator garden. Or till a bed out by the street and plant it with fifty twelve-foot sunflowers.

You’ll know you’re on the right track if you find yourself regularly smiling like a damned fool. And especially so if uptight neighbors or some cool kid plant geeks start complaining about you online. But you know what? Just shrug their dust from your feet. You already know what they are.