I Saved the Old Junipers Despite your Advice 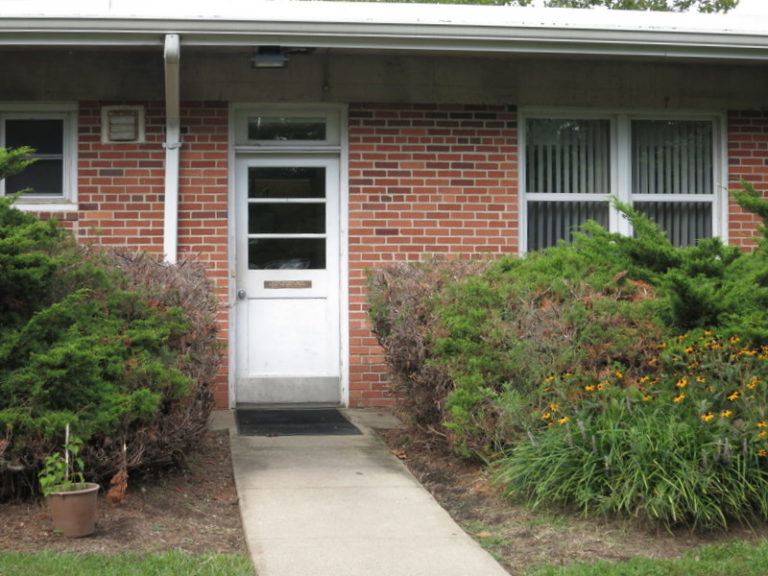 In a post last fall I asked, “Can these Junipers be Saved?” about the old, overgrown ones used as foundation plants in front of my coop’s office building. Above, the very sad “before” look, showing a lot of dead parts due to shearing that was done to keep branches away from the sidewalks. It was the sadly common problem of using plants that become too large for their space. 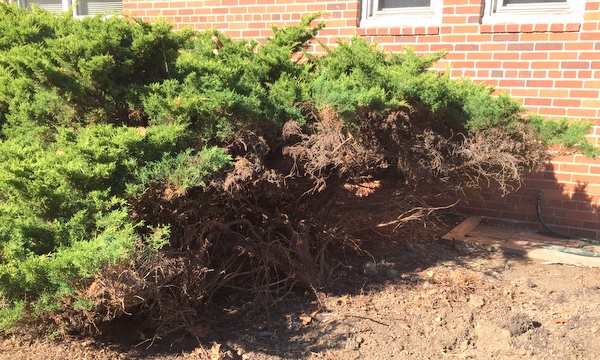 So the staff yanked out the junipers nearest the sidewalk, which revealed large dead areas on the remaining ones, where they’d been crowded and shaded.

That’s when I asked GardenRant readers here and on Facebook to weigh in, which they sure did. The majority were in favor of removing ALL the old junipers: 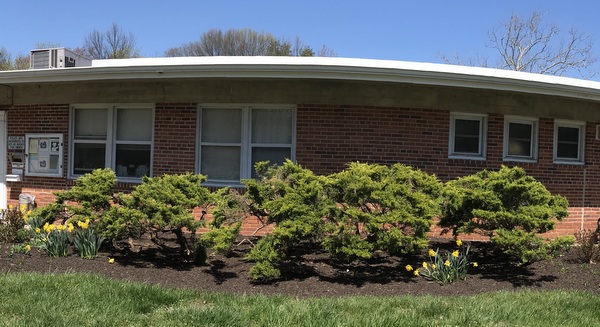 I guess I like a “sculptural look” because that’s what I’d call the result you see here, after I spent several hours over the winter removing all the dead juniper parts. I also like using plants that are already in place when possible (a principle of sustainable gardening that doesn’t get enough attention) and saving money for my coop. Replacing all these foundation evergreens would have been pricey and it would have taken years for them to look established.

But what about the problems the commenters warned me about?

In April the effect of daffodils blooming with the limbed-up junipers was nice but awfully sparse-looking. I can’t wait to show you what the make-over looks like now, with 18 new shrubs and dozens of perennials, mostly donated and full-size.

Okay, that’s an understatement. I’m so excited about this garden I can hardly keep from checking on it every day.