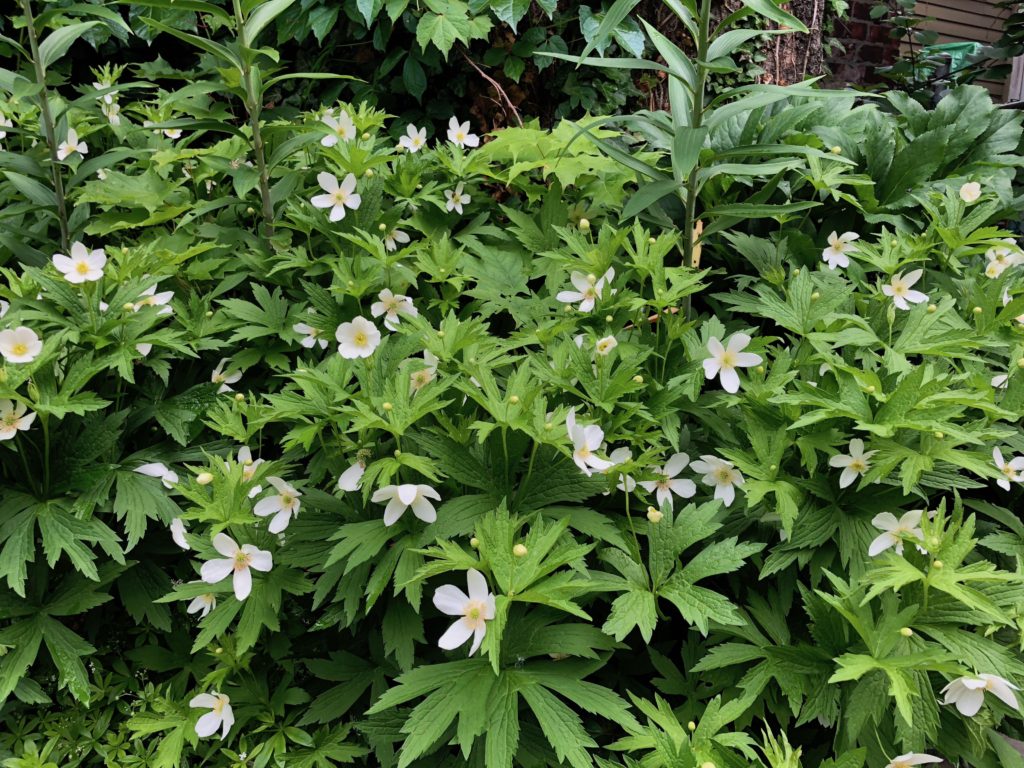 Like many beginning gardeners, I was initially attracted by easy, “do it all” solutions. I soon learned that there are no such things, but that was after I bought a can of “wildflowers for shade.” I sprinkled the seeds into an impossible spot between a big maple, our back wall, and the neighbor’s boundary fence. (The great thing about these seed cans is that there is no indoor-starting, soaking, stratification or any of that geeky seed stuff. They are just assumed to work if directly sown, no matter what they are.) 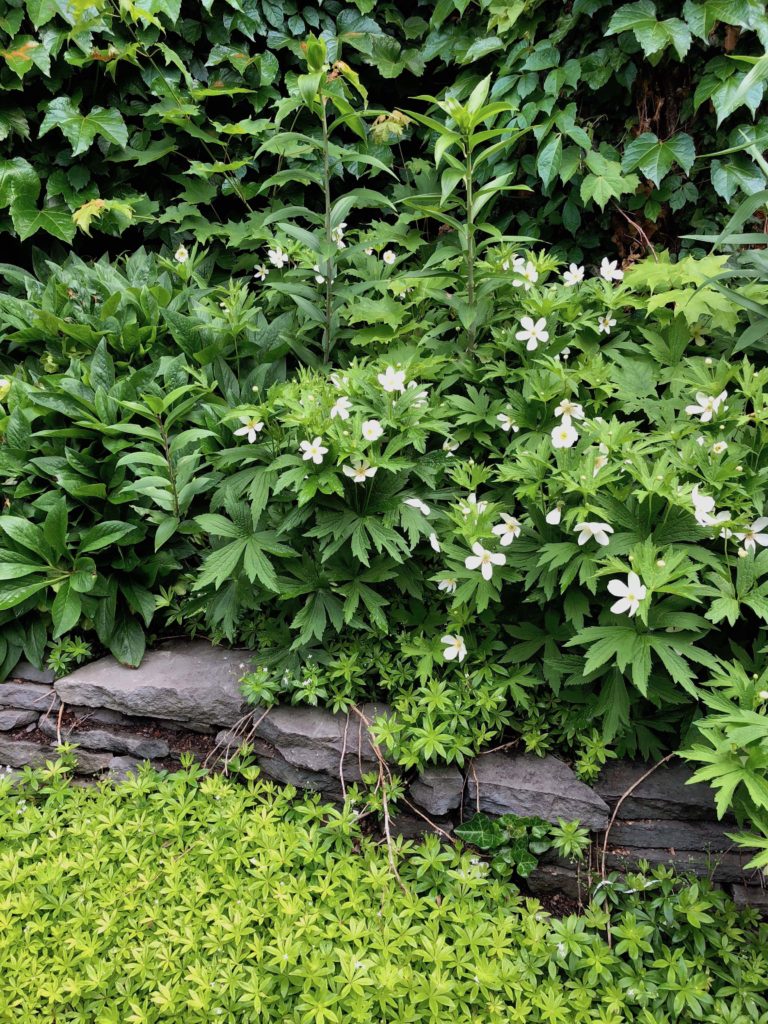 (with the gallium, hellebore, and a few other things)

Eventually a few plants came up, but I only remember the hesperis matronalis (Dame’s Rocket), a known thug around here that did not survive for long. The sole plant that remains, eighteen years after I sprinkled those seeds, is anemone canadensis, which, at first, I took for some kind of geranium (cranesbill), but eventually looked up and found its true identity. For a while, it stayed where it was sown, putting up a discreet clump every year. It got sick of its admittedly cruddy, northeast-facing position though, and, over the last five years, has sidled around the tree trunk and is now westward bound. The anemone is duking it out with a huge hellebore clump and rampant gallium odoratum (sweet woodruff) that has long held this space. And it’s more than holding its own—even against the gallium!

This is a native plant that is found in a pretty wide distribution throughout the Northeast and Midwest, in spite of having Canada in its name. (They have it there too.) It laughs at shade and doesn’t requite nearly as much moisture as its descriptions suggest.

I know that Canada is looking pretty good to many of us these days. I wouldn’t go so far as to consider emigration, but I do welcome this indigenous product to my garden.

P.S.: Some commenters have, understandably, questioned the term “invasive native” in the title of this post. I deliberately used it, as it is the term used by a native plant vendor when I asked for the plant. It is a weird term to use, admittedly. So I put it in quotes, as it is not my term.