Land Mines of Botanical Vernacular and the Virtues of IPPS 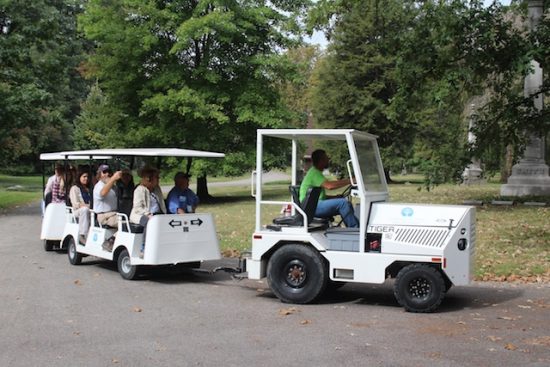 Botanical Latin gets a lift at the 2015 International Plant Propagators Society meeting in Cincinnati.

Unless you’re some kind of freak show superstar brainiac like Paul Cappiello, Bill Barnes, or Win Dunwell, at one time or another you’ve been stressed and humiliated by botanical Latin and horticultural terms. Ever enjoy the mixer at the International Plant Propagators Society meeting (IPPS)? Of course you haven’t. No one does, except for those aforementioned luminaries and a few of their rarified peers. And you look at them as they glide through the room, relaxed, drinking, laughing it up, and of course you fear and loathe them. So fluent, so smooth, confident, and somehow (witchcraft?) up to date on every most recent taxonomic change. And us, mere mortals, bumble all over each other trying to avoid them, terrified of accidentally confusing serrate with serrulate or muffing Symphiotrichum, and wondering what the hell was so damned wrong with “Aster”. 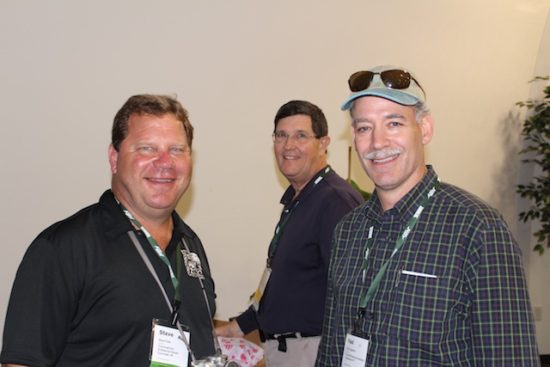 Now, I’ve spent my entire life running with a crowd who are way smarter than I. I don’t know why. Surprisingly enough, I’ve learned a few tricks. For instance, when walking through an arboretum with a person whose plant ID skills are superior (plant ID, by the way, is another black hole of humiliation) and without thinking you should ask something terribly, terribly dumb like, “What is that?” And they answer, “Cornus florida.” And you immediately realize just how dumb you made yourself look, because even you should easily be able to identify Cornus florida. So then there’s that awkward moment where the genius is recalculating their opinion of you as you stand there, intellectually naked, wondering how to handle the situation.

There are, actually, options. Most people’s first reaction would be to immediately fall to the ground and try to die. Don’t do this. Falling down is easy, willing yourself to die is hard. You’ll just be curled up on the ground looking like an idiot, and only drawing more attention to your mistake.

Your second reaction might be to beg the genius not to tell anyone, and they might even agree to it, but you can never trust that. There might come a day when they’re either drunk or going senile and will tell your story. And it will spread like wildfire. Your life will be ruined. You can’t live with that kind of time bomb. 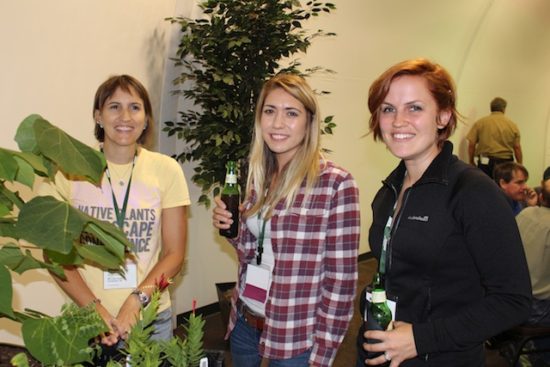 A cold beer may improve “nimbleness of mind.”

So it might seem the only choice is to quietly slay the genius and bury the body at night under a 4” bur oak’s 400 pound root ball, top third of the basket removed after planting to meet both ISA and ANSI standards and to deter inquiring detectives from digging it, and the genius, back up. (By the way, should you go this route, liberally amend the hole with coffee grounds, cloves, and garlic. This is admittedly counter to ISA and ANSI specs, but It will throw off the cadaver dogs. You can also throw a dead fish in the weeds. This sometimes confuses the dogs, but always confuses the cops.)

But there is a better choice. For instance, you could say,“Well, obviously, it is Cornus florida, but which one?” Boom! Pulls you right out of the abyss and even creates the impression you sometimes dabble in identifying dogwood cultivars by some feature other than a strangle tag. A brilliant means of disguising an utter lack of brilliance. Even if the genius suspects the ruse, and they will, they won’t be able to pin anything certain on you, and at some level will even find themselves respecting the deception.

But, overall, my advice to you when you are deep behind the lines and among those who are smarter than you is to not talk. Or, at least not too much. Keep your ignorance close to your vest. Listen a lot, nod, smile, and say nothing you’re not absolutely sure of. In fact, not even that. Just don’t talk. And don’t drink. This will only start you talking. Worse, you likely won’t even remember loudly mixing up Chionanthus with Chimonanthus at the hotel bar, which will lead to awkward silences and terse nods the next day on the tour bus. If you’re lucky, a pitying friend will come by as you sit alone at the lunch break and explain what you did. It is at this point you’ll immediately know that forces beyond anyone’s control are already in motion destroying your career. Therefore, no talking. So not worth it! Just remember, keep your big, stupid mouth shut, sober, and preferably in the hotel room alone, eating the moon pies you bought at that store in the basement below a block down from the hotel.

Occasionally, you will find yourself the smartest person in the room—like when you’re giving talks to octogenarian garden clubs or an assembly of landscape architects. This is your chance to relax and have some fun. At least to some degree. Basically, you can babble everything you know, rattle off stuff you think you know, make loads of mistakes, and no one there will even know the difference. These are the good times, and probably what Paul Cappiello feels like every day. Once in a blue moon someone will find you afterwards and try to point out your mistakes, but you can blow them off and make a quick escape out the back.

Sometimes you’ll be out there living normal life among normal people and wondering when or when not to use the horticultural words you know. This happens plenty often, and it’s not always an easy call. Honest to God, I know most Latin names better than common ones, so trying to dumb it down for a traffic cop while sputtering that it was an amazing Oxydendron that was causing you to drive 30mph in the fast lane is just too hard. Literally took me twenty minutes of wracking my brain here to conjure sourwood from some darkened recess of my brain. Finding it during a traffic stop would only lead to a breathalyzer test, and I usually fail those. So, in such situations, if Latin is most likely to come natural, just go with it. But throwing around Latin names to impress the teenager selling you French fries is probably just showing off.

Horticultural terms, too, can be tricky. When to say “the edge of the leaf” rather than “margin” can trip up whatever eloquence you possess. Toggling back and forth can be exhausting. Which audience gets what? Is this guy smarter than me? Yes or no. Thankfully, I think I’ve figured out a way to decide. I call it the “Lodged in Your Ear Test.” Ask yourself this question: If you were to find yourself in the Emergency Room in unbearable pain with a petiole lodged in your ear, and when the doctor inquires about the source of the pain, you answer, “There’s a petiole lodged in my ear,” then you never need to question using the word petiole again. That is your language. That is who you are. Just do it. Especially if you ask the surgeon afterwards if the petiole was brown or ochre because you’re curious as to which species of hornbeam it came from. If, however, you wind up screaming, “Get that stem out of my ear!” then, you probably ought to use “stem” while retelling the story at your wife’s office party. But, again, if at this party a thorn should inexplicably wind up between your thumbnail and your thumb and you’re crying out for somebody to remove that “spine,” you are in too far. Just let you be you. 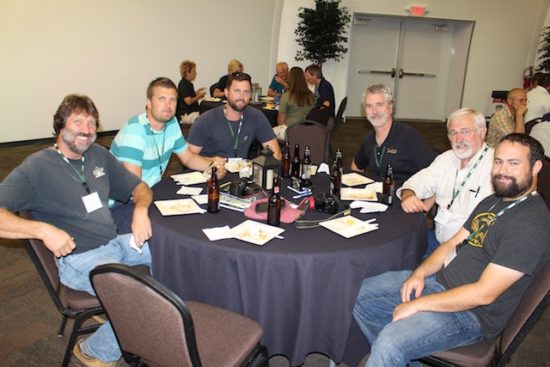 A 2nd beer may help even more. “And do enjoy the mixer.”

And, I don’t know, maybe that’s the answer. Just be yourself. Be comfortable in your skin, and proudly know what you know and eagerly seek the rest. Don’t sweat anything too much. Fact is, Paul Cappiello is an incredibly nice guy, and so is Win Dunwell. Bill Barnes is too, if you catch him on a better day. Insecurity wastes a lot of time and life is too short to play games. And it’s way too short to miss out on learning because you’re too afraid of revealing a little ignorance. Much better to do that than to miss out on the cool stuff. So, in summation, be yourself, have fun learning, and sure as hell don’t miss the next IPPS meeting. And do enjoy the mixer. It’s a remarkable group of people, and you will learn. Guaranteed. That is, in fact, the whole point of the entire organization. And in the rare instance that someone should correct your Latin and make you feel bad, come find me. Buy me a beer and get me talking. Soon enough, I’ll say enough things that will make have you feeling really, really good about yourself.

Scott Beuerlein is the manager of Botanical Garden Education and Outreach at the Cincinnati Zoo & Botanical Garden. He is an ISA Certified Arborist, an ONLA Certified Landscape Technician, and a proud member of the International Plant Propagators Society. He is not a member of MENSA.