The landscaping potential of snow 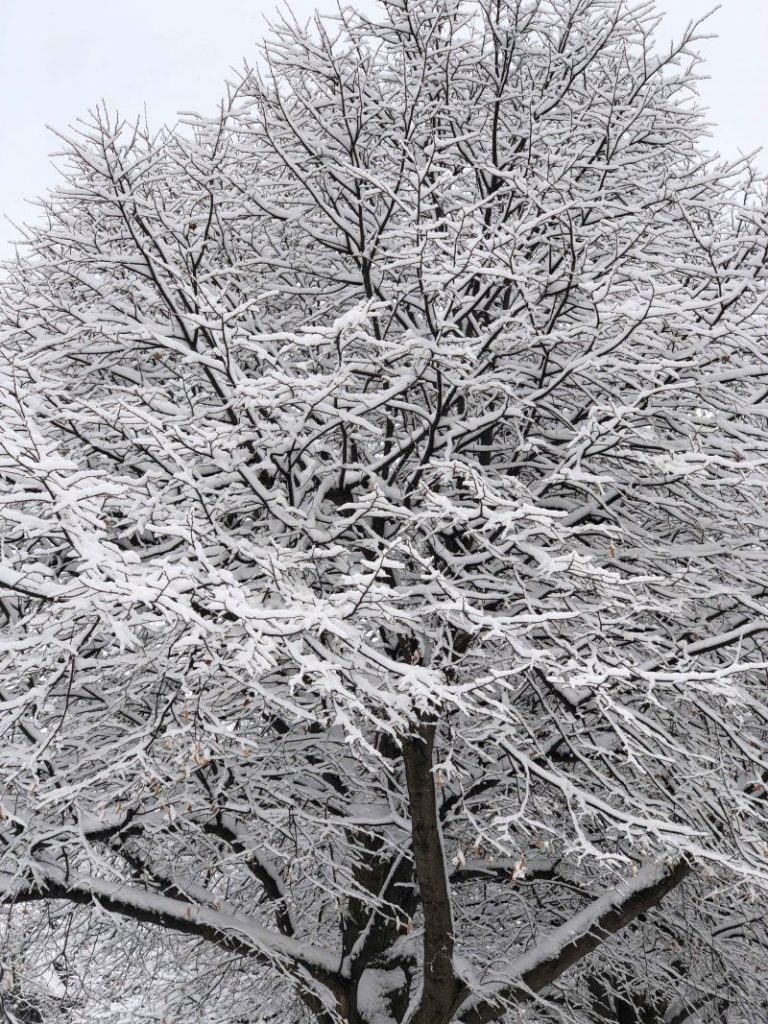 It’s not 12/21 yet, but winter has officially begun in Western New York; I had gotten my final bulbs in just a few days before the season’s first major snowfall hit on 12/10 (making for a really bizarre football game that day). 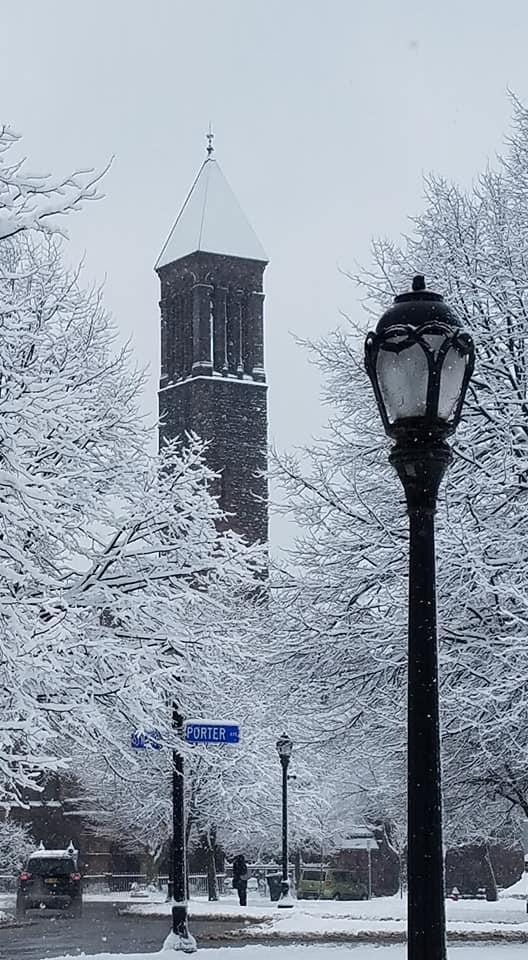 For the most part snowstorms are no big deal. You can survey a steady snowfall calmly and remark, “Yeah, we got this.” Tornadoes, wildfires, and hurricanes won’t be stopped by roofs and walls; they rage unchecked, wiping out neighborhoods in minutes. But as long as you’re inside with a heat source, a snowstorm can’t get you. If the winds aren’t heavy, it can even be fun to dress warmly and walk out into the snow. We’ve had one or two deadly storms over the past four decades or so, but the casualties were always due to not being inside (and there are usually timely warnings against trying to drive or otherwise travel outdoors during a bad blizzard). 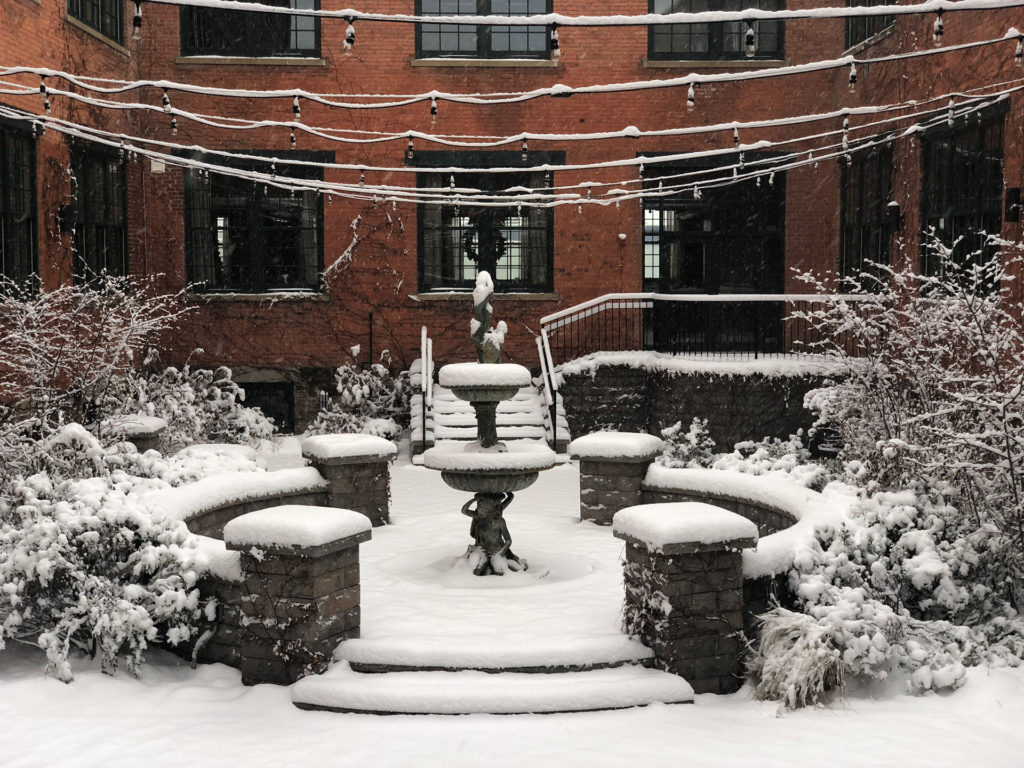 Yes, I’ll take snow over anything else nature throws my way. It’s even pretty. Especially when it covers a landscaping job that seems designed to be blanketed in snow. When we moved into our offices, which had been an industrial complex, this was a weed-tree-filled mudpit. Now it is handy for summer parties and it has beautiful color in fall. But I think I like it best at this time of year.