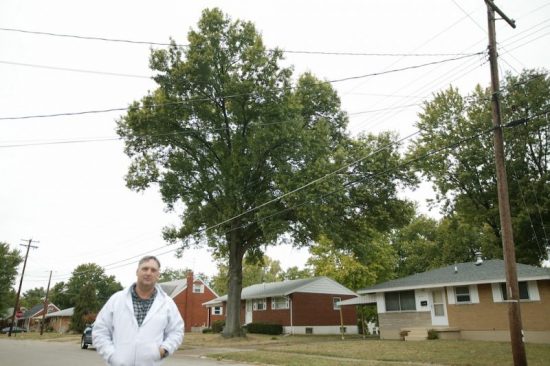 Scott’s father planted a pin oak to commemorate his son’s birth 57 years ago.

I’ve finally gotten around to reading a book called The Drunken Botanist by Amy Stewart. My wife gave it to me as a birthday present a few years ago, hoping it would better inform my drinking. But in a move reminiscent of Jeff Bridge’s version of Rooster Cogburn, I bellowed something like, “I’ve been drinking all on my own just fine, thank you,” and refused to read it. But for some reason, over time, that little book beckoned. It worked on my curiosity, and I eventually picked it up. Now I know. Hubris! Nothing but stupid, vain hubris. A whole new world of creative and exciting directions to take my favorite vice is now laid out before me.

But one of the first things I learned from it had absolutely nothing to do with alcohol, or even plants. In the very first pages, I read that the Spanish ran regular trade between the Philippine Islands and Mexico from 1565-1815. 1565? Holy crap! It occurred to me that in less than 75 years travel by ship had evolved from Columbus blundering across the Atlantic, his crew expecting to fall off into the abyss at any moment, to routine travel between a pair of far flung colonies across 9,000 miles of Pacific Ocean. And the Spanish did this for 250 years! Longer than the United States has been a country. Damned impressive. 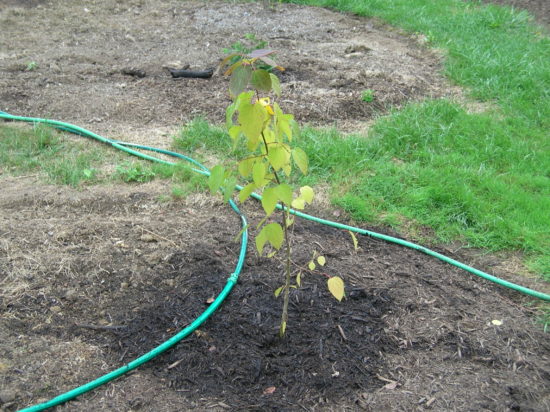 The Chinese pearlbloom, Poliothyrisis sinensis, on planting day in August 2006.

I did some more math. The period from 1492, the year Columbus sailed the ocean blue, until now, when Elon Musk wants to blast some people to Mars later this week or maybe early next, is a difference of 525 years. Whoa! That’s a long time. Or is it? I started to think of it in terms of Grandma years. My grandmother lived 85 years. Stack 85-year lifespans end-to-end starting in 1492, and you only need six of them to arrive at the present day. So, in six relatively reasonable lifespans, we’ve gone from Columbus to—soon enough—Mars. 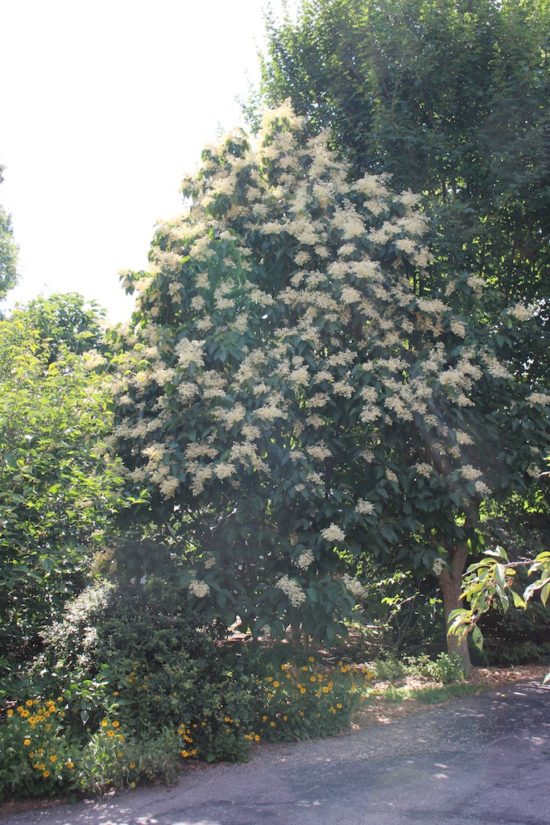 If Grandma years provide a new and possibly starkly clarifying perspective, throwing tree years into the mix somehow starts to cloud it back up. Just one of many bur oaks, hickories, and blue ash, as described in Tom Kimmerer’s Venerable Trees, will get us back to the time of Columbus or even further.

These trees grow in a surprising place – the horse country around Lexington, KY. They are indeed old, but when people think of old trees, Methuselah usually tops the list. It began life as the Neolithic Period ground to a close. But in Utah, there is a colony of aspen trees that sprouted from a seed around 80,000 years ago. In this patch, the “trees” come and go, sprouting at will from an extensive root system. None of them are very old, and perhaps nothing of the original root system still exists, but the DNA from that original seedling has carried on continuously since the time the first humans left Africa for Asia, from which they would wind up in the Americas and the Philippines where they would eventually find themselves colonized by Spaniards. 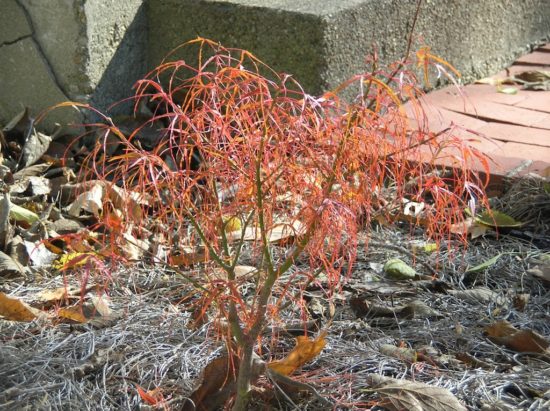 But, that’s beside the point. The important things to consider are these: 1) Time goes by very fast; 2) Trees can potentially live a long time, becoming more beautiful and functional as they do; and, most importantly, 3) Even so-called slow-growing trees grow faster than we think.

Ask around, and you’ll be told that oaks, beech, and ginkgo are slow-growing trees. People will also admit they are reluctant to plant them because of it. But hold on. Slow down. Let’s think about this for a cotton-picking minute.

These species are also known for the longevity. Most of the fast-growers are not. Sometimes, sure, we absolutely gotta have that quick shade. Okay. Fine. Plant an elm. But many more times we’re planting a tree to live a long and beautiful life, carrying on generations into the future. How many river birches need to be planted and replaced to equal the lifespan of a single gingko? 200 hundred years for a gingko divided by 50 years for a river birch yields 4. But there is a known 1,400-year-old gingko growing at a monastery in China. That’s 28 river birches, or roughly 16 grandmas. 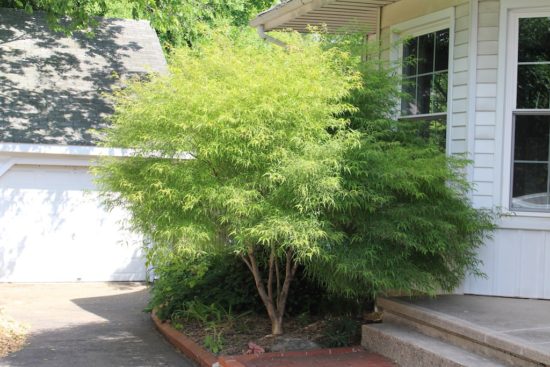 At my parent’s first home in Sharonville, Ohio there lives a pin oak my father planted when I was born, 57 years ago. That tree makes quite a statement back in the old neighborhood. It’s been improperly limbed up a few times, but it is still in its youth. Given decent care, it might live another century or two.

There’s a gingko in my backyard. When hurricane Ike knocked off the top, we were able to estimate it at about 80 years old. A few years before that, it started bearing fruit. 75 years just to reach puberty! Photos from when we moved in 25 years ago show the trunk about half its current diameter. Never noticed how much it had grown, but it has.

Eleven years ago, I planted a poliothyrsis I grew from seed. Eleven years. Hell, I’ve had hangovers that have lasted longer, and that thing has grown into a thing of beauty and joy.

So plant a beech or a gingko now with every intention that it will outlive you. Give it 100 or 1,400 years. It will beautify and benefit the planet long after your liver has checked out from too much whiskey and bourbon. And who knows the marvels it might witness?

Scott Beuerlein is a Horticulturist at the Cincinnati Zoo & Botanical Garden. He is Chair of the Boone County Arboretum Collections Committee, past Chairman of Taking Root, past President of the Cincinnati Flower Growers Association, and Past Chairman of the Northern Kentucky Urban and Community Forestry Council. Scott is also a frequent guest contributor to the Garden Rant.