The other day, a visiting friend gasped when he saw a rat run across a corner of the suburban Connecticut yard where I garden during the week.  I shuddered when he told me.  I could guess what had drawn the creature:  we have a henhouse full of geriatric chickens who are not the neatest of creatures.  Indeed, I found the mouth of a burrow in one end of their run, and I took measures to evict the burrower.  I didn’t hesitate; I know that if the rat proliferates, the neighbors rightfully will complain and the chickens will have to go. 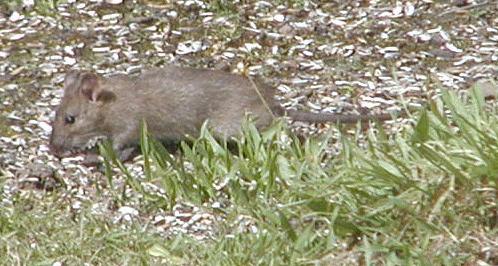 Yet later, as I was pondering this visitation, I spotted a chipmunk sitting in the crotch of the sourwood tree (Oxydendron  arboreum) that tops the tangle of bare-knuckled perennials my wife and I grow in front of our house.  And the unfairness of the situation struck me.  Why is it that the chipmunk, also a rodent, passes as cute, while rats are almost universally hated?

In fact, most of the charges leveled at rats also apply to chipmunks.  For example, chipmunks are disease vectors:  out west they are carriers of plague and here in the east they are among the most dangerous reservoirs of Lyme disease.  Depending on where you live, they may also host leptospirosis, salmonella, hantavirus, Rocky Mountain spotted fever, encephalitis, and, of course, rabies.

Chipmunks are less prone to invade our houses, it is true, though they will occasionally gnaw their way into attics.  If cornered, chipmunks, like rats, will bite.

What’s sure is that chipmunks are far more serious than rats as garden pests.  Chipmunks, along with squirrels, are demons for looting new plantings of small bulbs such as crocuses, and like rats, chipmunks are burrowers, creating tunnels that may damage the roots of desirable plants.

When I posed this question to my wife (a level-headed scientist), she responded that chipmunks are cute and that rats, with their pointy noses and hairless tails, are creepy.  That, of course, is in the eye of the beholder.  I had a girlfriend once (yes, before I was married) who was also a scientist and who had adopted a retired laboratory rat.  She adored this creature, who was smart and playful and clearly was attached to her.  I must admit, though, that I never took to it.

I have a neighbor, a retired college professor, whose backyard is shaded by a row of enormous Norway spruces.  One of these became the favored roosting spot for a flock of black vultures.  The vultures were also messy, covering the terrace below the tree with excrement; I think that the professor, a man in his 80’s also found the constant scrutiny of scavengers ominous.  At any rate, he began to annoy the birds with a BB gun, persisting until, after several months, they moved on to another, distant tree.  Would the college professor have responded the same way had his visitors been a flock of bald eagles?