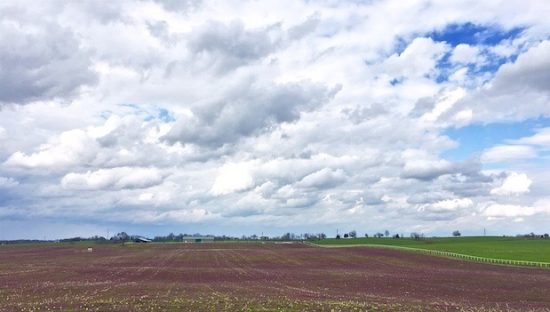 I’ve been a careless victim of too many late nights in my past, but knocking back shots of Bourbon into the wee hours did not redden my eyes this spring. Pollen is the culprit.

The warm late winter and early spring brought flowers into bloom earlier than usual. And of course that meant pollen— lots of it.

Pollen’s bumper season has not been caused by the president’s disregard for the environment, although his recent actions may make matters worse for allergy sufferers. The president has decided to ignore the effects and consequences of global warming—the explosion of pollen being a small part. Global warming has increased the levels and “potency of pollen.”

In a deliberate act of kindness for clean air and water, I planted a native spicebush (Lindera benzoin) on March 28th, the day the president put climate initiatives into reverse. I named the tree: The Donald. (Naming the spicebush, Sean Spicer,  for the combative White House Press Secretary, was a close second choice.) Rufus stood watch in case one of the president’s Russian comrades came by to try and jab me with a poisoned tip of an umbrella. The tree is a seed-bearing female, but I’m sure the president is OK with that. (We know how the president likes the ladies, especially the ones he seeds himself.) 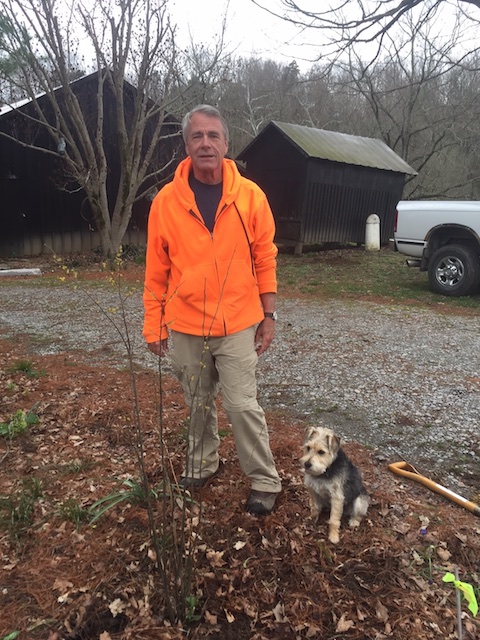 The president, and his family, have stayed busy trademarking the Trump brand. Imagine if the man got interested in tree planting. He could syndicate the naming rights so that every tree could be called: TRUMP. Tree identification would be so much easier. Can’t tell if you have a MOAB (Mother of All Basswoods)? Don’t worry. It’s a TRUMP!

Don’t count on the president to plant any trees.

I need to pick up his slack.

I planted another 50 small deciduous trees last week with do-gooder self-righteousness. Who knows, maybe my little grove will one day be a glorious forest of oak, yellowwood and serviceberry. That would be “bigly, just terrific.”

A small number of the super-rich have different ideas for survival.

Some are prepping for doomsday with escape plans to fly to New Zealand on their private jets, while others are stocking up their underground silos in Kansas with canned food.

The rest of us may need to learn how to tough it out on weeds. Or perhaps weed. 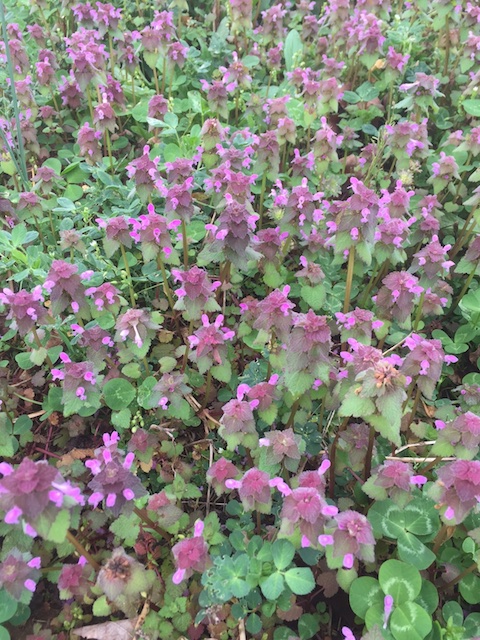 My daughter Molly knows more about weeds—and their edible and medicinal use—than I do. (There is anecdotal evidence that dead nettles might ease hay fever suffering.) We both consult Pat Haragan’s Weeds of Kentucky and Adjacent States when we are stumped on identification. Molly pulled off a few leaves of the common dead nettle and said, “Take a bite.” My friend and neighbor Tay Breene said the leaves tasted like dirt. Still, if you’re in a pinch, the round leaves, stems and blooms of dead nettle will be more nutritious than dirt. 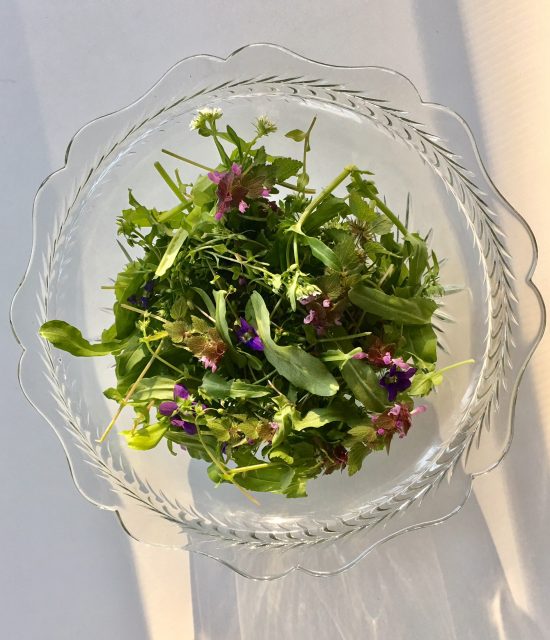 I have accepted a few weeds as here-to-stay. I’ve turned the corner on dead nettles, dandelions, chickweeds and lawn violets. No sense fighting the aggressors. 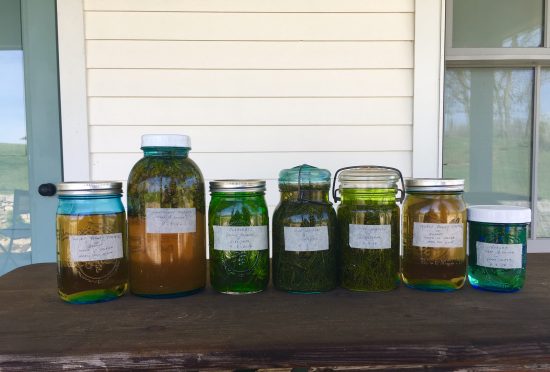 Essences, tinctures and vinegars made from weeds. Molly Bush photo.

We might as well eat these weeds, and make tinctures, essences and vinegars with them.

Foraging for edible plants has to beat the hell out of playing gin rummy all day in a doomsday silo in Kansas.