I received a letter from Raydon Alexander 25 years ago. A passalong plant was on the road to distinction. 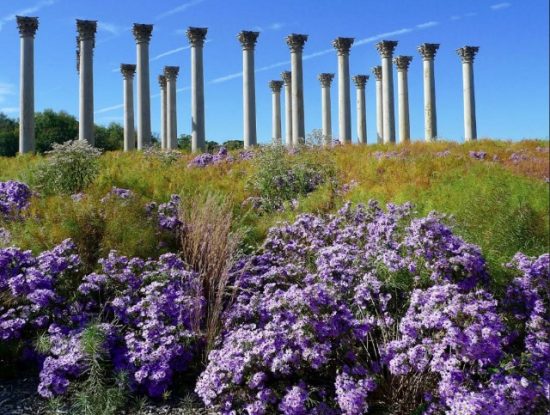 Aster ‘Raydon’s Favorite’ at the National Arboretum. Photo courtesy of Caroline Seay Borgman and the Garden Club of America.

I am taking the liberty of sending you an aster that should, I think, be more widely distributed.

I can see from your catalogue that you have a healthy interest in the genus. I was especially delighted to find A. grandiflorus.

If you find the item I am sending as garden worthy and distinctive as I have, it seems only natural that you should be the one to offer it to the world of perennial lovers at large.

This particular variety…I will call it ‘Raydon’s Favorite’ (for it certainly is) you may call it what your will…has been passed from garden to garden in South Texas for at least 50 years but until very recently was not available in nurseries even locally and remained unidentified. 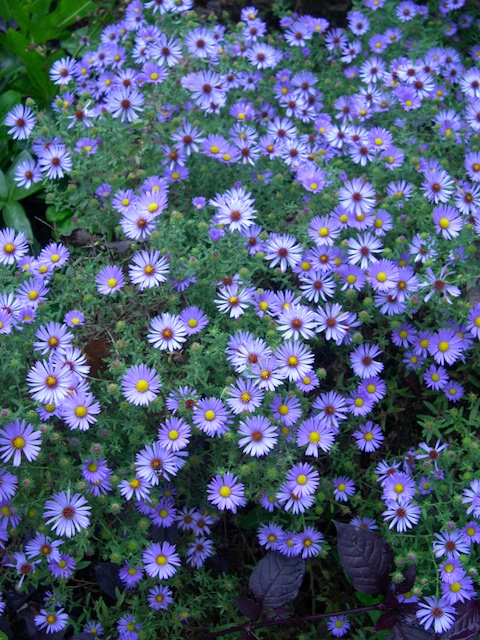 Since no other asters are commonly grown here it has been known just as the ‘fall aster’ and the few growers who offer it for sale have mislabeled it Aster x frikartii, since they do not know that aster but often see it pictured!

In 1989 I made it my project to identify it. On close horticultural inspection it seemed clearly a form of Aster oblongifolius. So I proceeded to grow all of the species I could find, from Wisconsin to East Tennessee, the major areas of its range. I also corresponded with horticulturists of these areas.

My conclusion is that it was probably an especially fine clone brought to Texas many years ago from East Tennessee, the eastern limits of its range (and the range of A. grandiflorus) and has languished, enjoyed but unpromoted in this horticultural backwater that is South Texas.

Aster oblongifolius is quite variable and has a western form rigidus 12” – 18” and an eastern form angustatus 24”–36.” The former is low and slow, the latter tall and aggressive.

‘Raydon’s Favorite’ is intermediate in height 18”–24” but similar in its growth and look to the eastern Aster oblongifolius var. angustatus.

Almut Jones, a specialist in the genus at the University of Illinois Urbana-Champaign suspects some A. grandiflorus in its history, and has collected similar strains on Lookout Mountain, Tennessee.

Besides the compact, floriferous nature of this aster, it is almost indestructible and performs with great enthusiasm in the worst extremes of soil and weather (we have all of them here!): thin rocky soils, alkaline soils as well as the humidity and acid soils of Houston and the cold of Dallas.

Interestingly, after years of sterility, my clumps of ‘Raydon’s Favorite’ near the imported species are beginning to set seed.

As with other fall blooming plants in our area of erratic temperatures, this aster is now and again tricked into blooming in the spring, a pleasant bonus.

I would be interested to know if you or any of your gardening friends in Tennessee (where it should be known) have grown this plant.

Of course it is possible that it will not perform for you in North Carolina, and perhaps that is why it is of such local interest.

I hope you enjoy it. 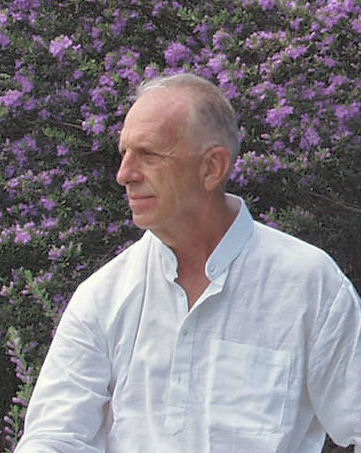 With every good wish, I am sincerely yours,

The Garden Club of America selected Aster oblongifolius (Symphyotrichum oblongifolium) ‘Raydon’s Favorite’ as their 2016 Plant of the Year.

‘Raydon’s Favorite’ was also the 2003 Theodore Klein Plant Award recipient of the Year.

‘Raydon’s Favorite’ was listed commercially, for the first time. in the 1992 Holbrook Farm and Nursery catalog.

Raydon Alexander has been a horticulturist for Milberger Landscaping in San Antonio, Texas, for over 30 years.