Breeders at the Top of the Daylily World 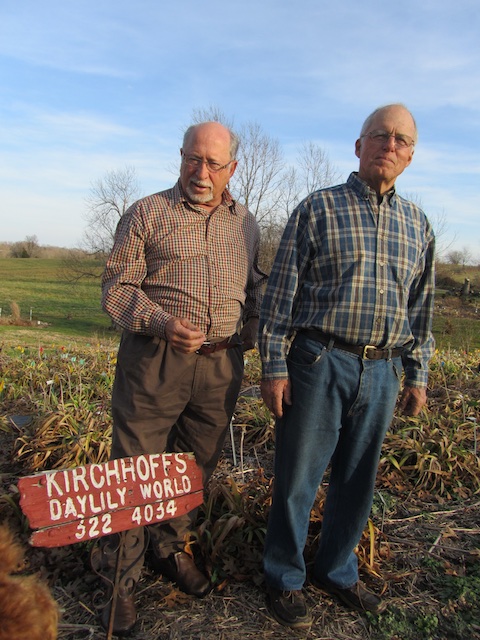 David Kirchhoff and Mort Morss on top of the Daylily World in early December.

David Kirchhoff and Mort Morss helped smooth my horrible mood swings with daylilies. I had loved a few daylilies and left them.

I once grew an acre of the things in commercial production, in addition to growing a wide selection of perennials and wildflowers. There was nothing extravagant about any of my daylilies. As I wanted to offer them at affordable prices, they were priced in the $6.00-$12.00 range.

Back in the 1980s I knew a few big-name daylily breeders. They thought I was wasting my time. The economic reality: it cost just as much to dig a $6.00 daylily as it did for one priced at a hundred big ones or more. 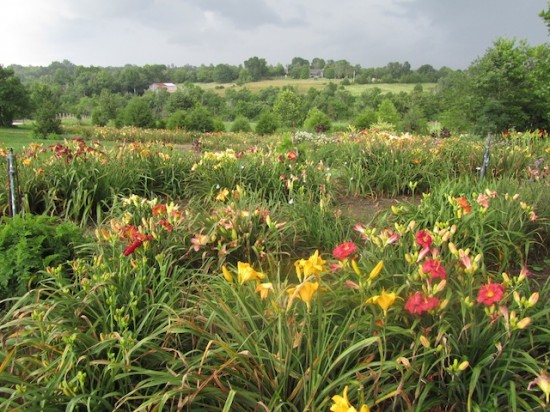 I’m not in the daylily or perennial plant production business anymore.

But I am blessed that David and Mort came into our lives. The fact that they are two of the top daylily breeders in the world was a bonus. The real value came with a friendship that has grown over the last five years, since we first met. 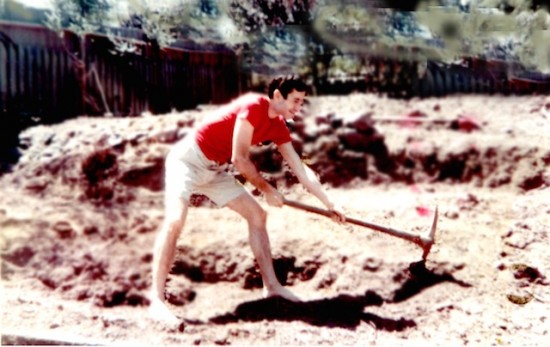 David Kirchhoff digs in the Twin Peaks neighborhood of San Francisco in 1967.

I now grow only a half-dozen cultivars. While I’ve never been obsessed with daylilies, I can argue that there are few perennial rivals as durable and long-lived. They simply don’t require much fuss. And they are a gateway plant to rich and endless possibilities with hundreds of other perennials.

I’m growing a few gentians successfully this year, failing again with lewisias, and suddenly happy to be doubling back to growing a few new daylilies.

Even if you loathe daylilies—you think they’re dime-a- dozen-ordinary or serve no benefit to bees or butterflies—hold on for a minute. They’re edible and a sustainable nutrition source. One warning: You may want to stay clear of the pricey cultivars, if you only intend to devour them. Try the buds fresh or stir-fried into fritters.

But, don’t shy away, every now and then, from spending a little extra for an attractive daylily, the way you might, on occasion, splurge on a good bottle of wine.

David and Mort met in San Francisco. They were in the military when they fell in love on (yes) Valentine’s Day in 1964. Mort grew up in San Luis Obispo, California. They retired from the Navy and moved to David’s hometown of Sanford, Florida.

David’s father, W.E. Kirchhoff “Gladioli of Unusual Merit,” was the biggest Gladiolus producer in the country from the 1920s until the 1960s. David, encouraged by his aunt, was making his own crosses of daylilies in the 4th grade in 1958.

Upon his return to Florida, David started dabbling with daylilies again. His father had already begun tinkering with them. What began as a hobby soon became a business. The first mimeographed plant list was distributed in 1973. 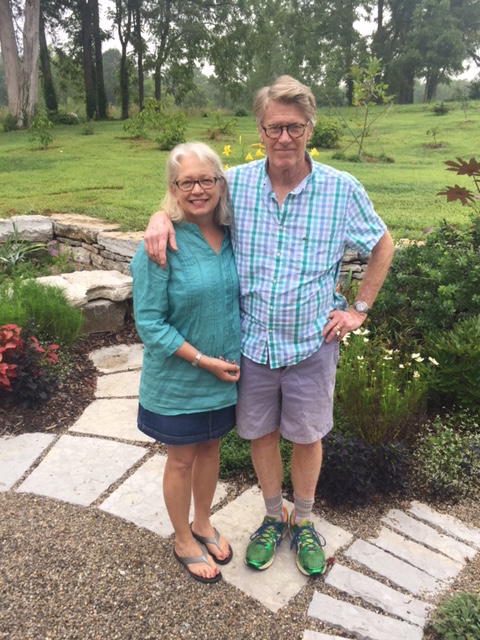 David and Mort have different breeding ideas. David is focused on doubles and reds; Mort leans toward blooms with patterns and edges. Each has received the American Hemerocallis Society’s Stout Silver Medal for Daylily of the Year, as well as the prestigious Bertrand Farr Silver Medal for lifetime achievement.

David and Mort eventually began considering relocating north. John Rice, horticulturist and daylily breeder, suggested that they take a look at Kentucky’s Bluegrass Region. They found their farm near Lawrenceburg and moved ten years ago. David and Mort brought more than a few suitcases. 15,000 pots and bags full of 3,000 more daylilies came, as well.

So David and Mort are now our neighbors. They live a couple of miles from us on a windy hilltop near Lawrenceburg, Kentucky. Our friends Mac Reid and Tay Breene introduced us.

David and Mort needed some design advice, when they moved to Kentucky ten years ago. John Rice suggested Mac Reid. Rice told them that Mac was the best landscape architect in Kentucky.  He drew up a plan so that the Florida flatlanders could learn to work with the hilly Bluegrass topography. They became friends.

David and Mort recently named daylilies in honor of Mac and Tay. 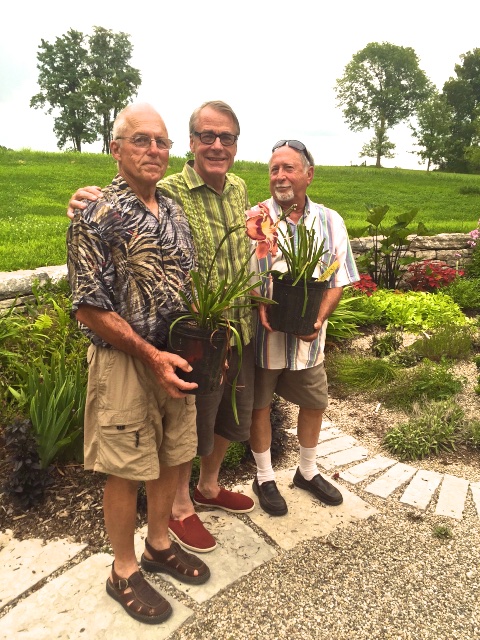 We struck a rich vein of gardening neighbors when we bought the farm, near Salvisa. Our garden is a gathering place for friends and special plants. I like all sorts of friends nearby. I’ve got a lot of passalong plants that I’ve grown for years, all a part of my wonderful “chaos of memories.”