On making a stone wall and borrowing scenery

Even in New England the snow is melting and soon I will be confronted with what the winter – and the plow truck – have done to my stone walls.  I take a particular pride in these, not because they are such beautiful specimens of the craft, but because I built them.  It seemed an obvious decision:  the house we built in the Berkshire Hills of southwestern Massachusetts is set in a landscape of stones so the material for walls was right at hand.  Besides, the woods that spread out around the house are full of inspiration; old, tumbled-down walls assembled by the farmers who were my predecessors on the property. So, soon after the house was completed, I set to work. 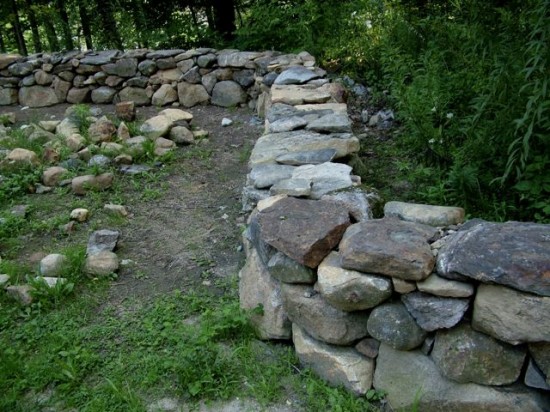 I made an early decision that I would use a minimum of machinery, just a block and tackle to lift the larger stones (some weighed a couple of hundred pounds) and a small cart pulled by my two-wheeled Italian tractor to haul them from the woods to the building site.  This decision slowed my progress, but I don’t regret it.  I came to know those stones intimately and considered the placement of each one carefully before I slid it out of the cart and lifted it into its final resting spot. 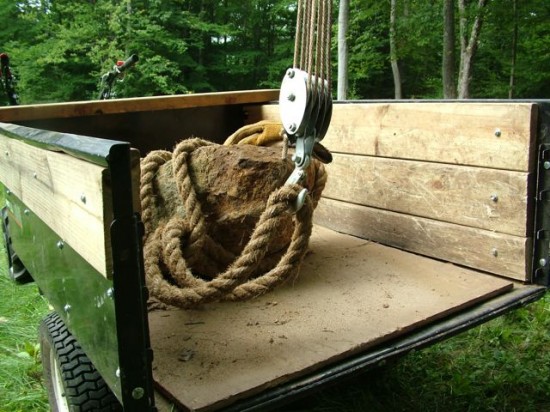 There is a concept in Japanese gardening called shakkei, which means, literally, “borrowing scenery”.  This involves including elements in the garden that echo features of the surrounding landscape, to link the two and make the garden part of something larger.

Certainly my stone walls accomplish that.  And they have inspired me to base the rest of my landscaping on something similar.  Instead of indulging my inner plant nerd with rare and exotic species, I am going to create a garden just out of the plants such as white birch and mountain laurel that are common in the surrounding woods and fields.

The challenge will be like that of the walls, to understand how to fit these common things together so that they become, collectively, something uncommon and special.   The trick will lie, I think, in considering the placement of each plant as carefully as I considered those stones.  Instead of imposing on the landscape with my gardening, I must try to truly understand it.