Let the garden writers be truthful about gardening’s challenges

Recently, C.L. Fornari challenged garden writers to consider the way in which we portray the act of gardening.  She asked us to discuss whether our tendency to proclaim the virtues (meditation, creativity, exercise) might be greater than our desire to tell the truth about the work (sweat, dirt, hernia); and if the modern concept of “hostile marketing,” that has so lately and successfully been foisted on a belligerent public (ie. ‘Such-and-such is hard. Get over it.’) might attract and retain more gardeners than tiptoeing around the proverbial tulips and losing our audience to scrapbooking the moment things get tough.

Though I do stop short of daring my readers to put on their big-girl panties and get out there, there is the distinct possibility that I belong to the latter camp. While constantly proclaiming a profound affection for a pastime that connects us solidly and tenderly to the miracle of life – child or adult, prince or pauper – I am about as far from a sweet-singing siren as Christopher Lloyd was from Martha Stewart. 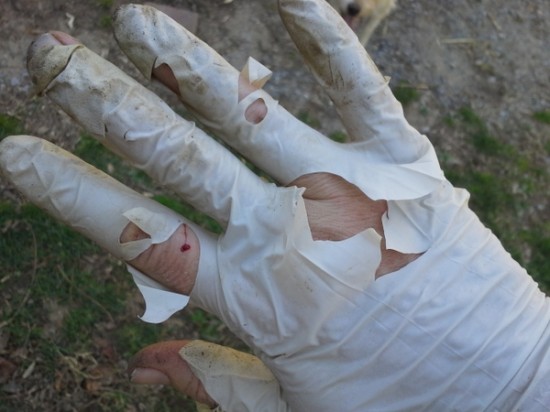 Wounds received on the battlefield should be shown, not hidden.

I do not wait for an annual Festivus celebration to loudly and clearly air my grievances about the general state of affairs in my garden, nor do I remain silent over occasional periods of confusion, inadequacy, exhaustion and surety that I don’t know what the hell I’m doing out there after twenty years of doing it.  In fact, if anyone comes away from my column feeling like this whole enterprise is just a walk in the park, then they are no doubt people who, all evidence to the contrary, felt that having children would inconvenience them only a little bit on a Saturday night, and I wash my hands of them.

But is this working?  Well, let me answer by asking if the opposite is working. Every time I consider pulling my punches and glossing over the blood, sweat and tears, I invariably talk to someone who is convinced that they are a failure in the garden because it doesn’t measure up to all the posting, sharing and tweeting going on out there.  Result: they lose, and so does our society.

In the digital age, “armchair gardening” has taken on a whole new dimension. People are inundated with perfect gardening lifestyles in a way that feels far more real than those portrayed in traditional media – for the simple reason that, unlike traditional media, they are constantly, visually connected. Without meaning to be, they are ever-so-slowly separated from the actual process.  They can pin and post and share idea after marvelous idea – feeling part of that world without ever needing to touch it. Thus, when the trowel is finally picked up, the effort required is so overwhelming, and the chasm between ‘ideal’ and ‘real’ so vast, that many give up.  They are never able to reach the point where the benefits of that hard work become obvious. 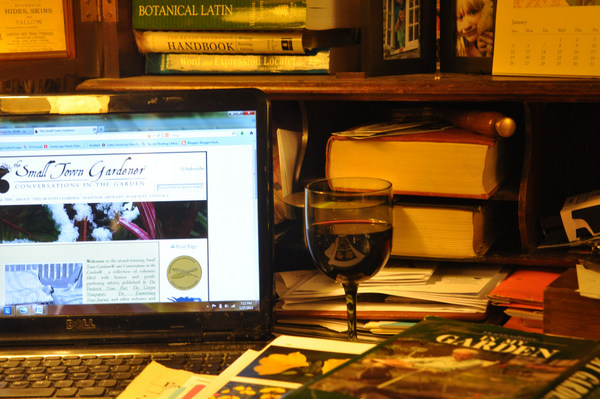 The digital age has given us some incredible opportunities as gardeners, such as the ability to:

And let’s not even get started on the miracle that is word processing and spreadsheet technology.

But with these great gifts come great pitfalls, such as:

So, how should we approach our audience as garden communicators? Many of us have been gardening for many years, and the above pitfalls are obvious to us, but newer generations are coming of age in this era and finding it hard to separate themselves from their devices – and the real work of gardening means two hands in the dirt for hours at a time.  If their devices get them out into the garden, only to find the world isn’t quite as easy, instant and Photoshopped as they were led to believe…we will lose them.

I say, truth above all.  Truth in your photographs.  Truth in your defeats.  Truth in the amount of work it took you to create something so unique and so breathtaking that you can’t stop staring at it.  Truth.  If that’s ‘hostile marketing’ I think we owe it to our readers to give them the good, the bad and the ugly so they realize just how good ‘good’ can be when they unexpectedly find it.

Marianne Willburn is a garden columnist and freelance writer gardening in Northern Virginia.  You can read more at The Small Town Gardener or follow her work on Facebook.