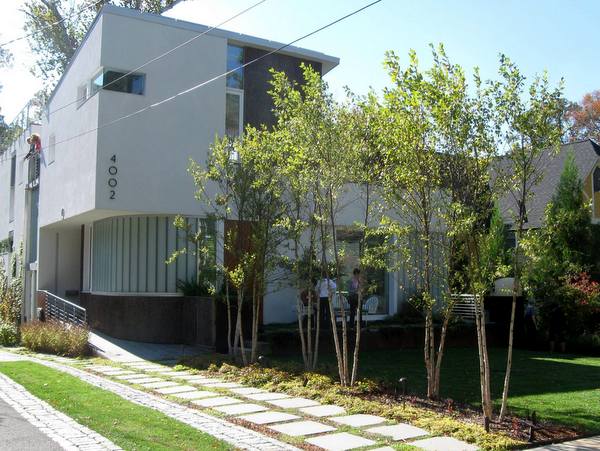 Before I get to the confessions, a short tour of the four fabulous DC-area gardens open to the public through the Garden Conservancy’s Open Gardens Program.  (And thanks to local APLD VP Carolyn Mullet for making it happen.)

The home and garden above and in the next three photos are modern in the best ways – doing smart things with solar power and stormwater.  Design by Sandra Youssef Clinton. 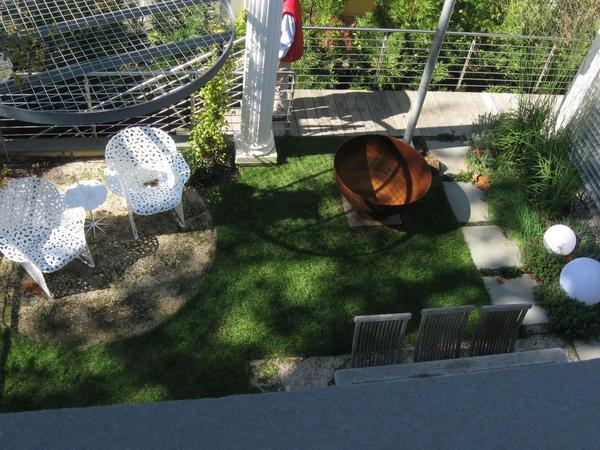 Photo taken from the roof, where there’s veg-growing and Sedums. 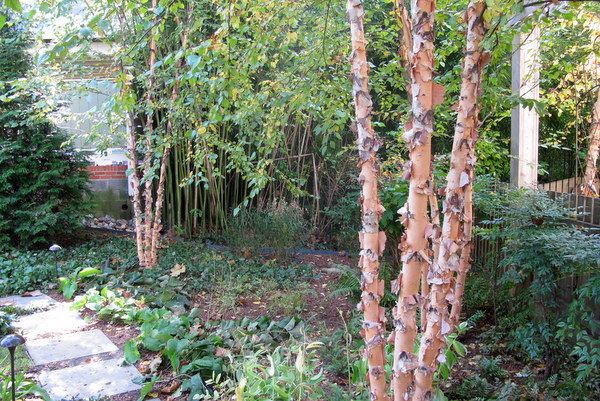 I was pleased to my favorite-yet-underused native groundcover – Golden Groundsel – and lots of other smart choices. 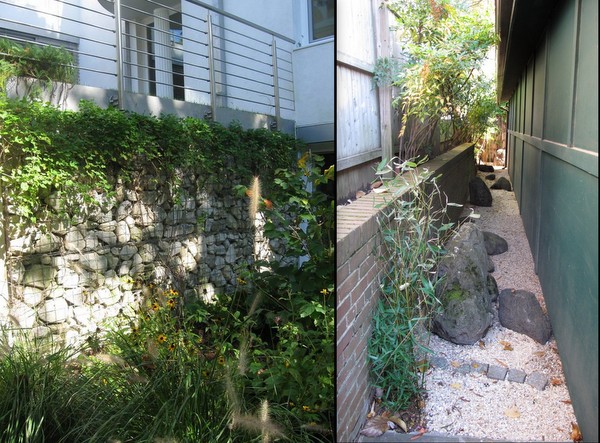 Cool details include gabion walls and in the next garden, possibly the best treatment of a tiny side yard I’ve ever seen. 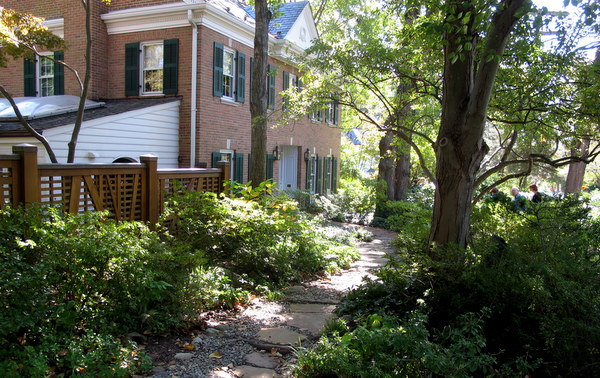 Above, a home built for David Brinkley. The next owner removed all the turfgrass on this woodsy corner lot and replaced it with a meandering Asian-styled garden with a pond (below). 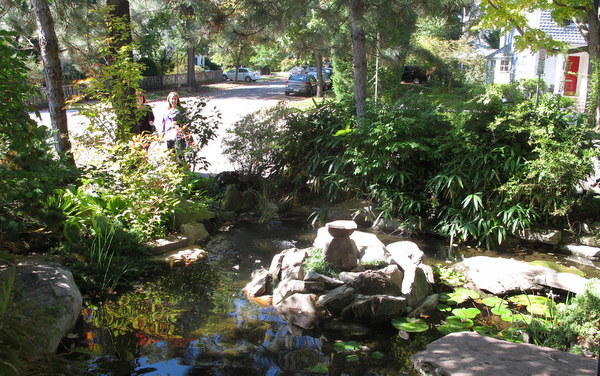 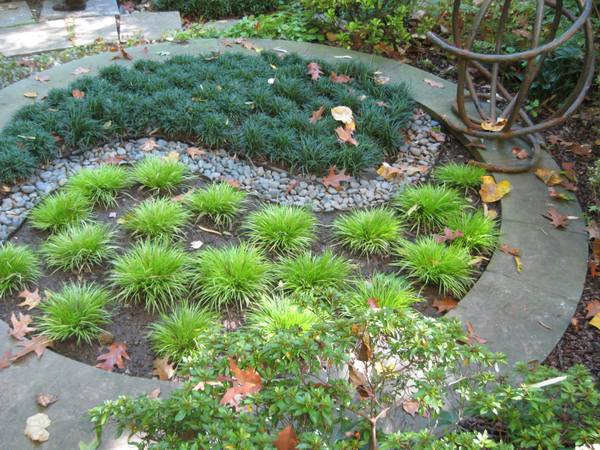 Above, a very cool detail in the garden of Jane MacLeish, which she designed herself, of course. 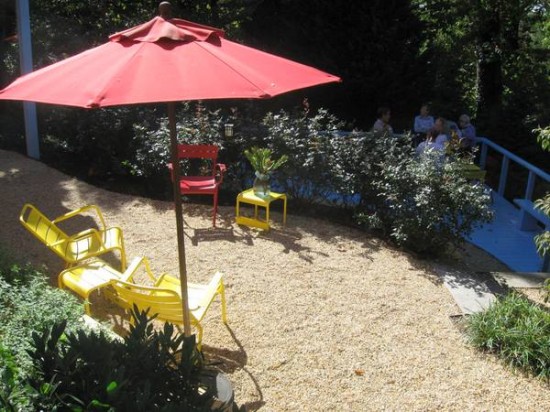 Finally, the garden where I volunteered to greet visitors, by the designer Scott Brinitzer.  The Dutch homeowners had painted the house orange – The Netherlands’ national color! – with sky-blue accents, so the place looked ready for FUN.

And fun is exactly what volunteering in this garden was, as you can tell from this candid of me with my volunteering partner Karen Olson Weaver. So my “confession” is that in my 3-hour gig I mostly yucked it up with Karen and our visitors, especially local garden designers.

Our most fun visitor that afternoon, hands down, was the prankster who took this photo – Laura Palmer. Not the one who went missing in “Twin Peaks” but the Hudson Valley New Yorker who’s in charge of the Conservancy’s Open Days Program.  Laura is pals with Margaret Roach, whose nearby garden is open several times throughout the year, every year, and she told us that in that part of the world people can visit Open Days gardens every weekend throughout the season. Wish we had that many here!

So yes, I’m a fan of Open Days, in part because they attract lots of gardening insiders, people I either know or want to know, and they’re fun times. (Despite the suspected tipsiness in this photo, no alcohol was consumed while on duty – that I know of – but when the event was over the designer somehow produced three bottles of wine for purposes of celebrating.)

Plus, at least at these four gardens, we got to see really interesting work and learn a thing or two.  And of course the money raised goes to support the preservation of important gardens.

Thanks to Washington Gardener Mag’s Kathy Jentz for the use of several of her photos.