What gardeners say about having their gardens on tour 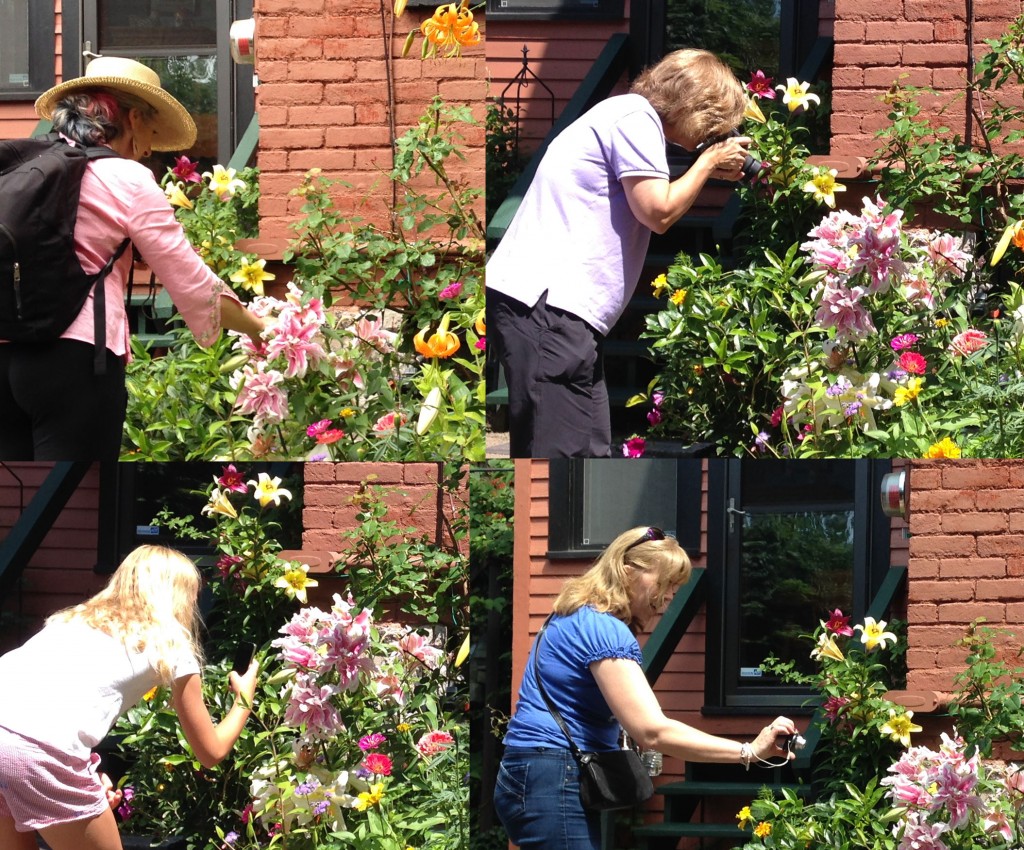 As many Rant readers must know by this time, in Buffalo we have a yearly free garden tour called Garden Walk. Started in 1995 by two urban gardeners who wanted to show how verdant city living could be, the walk has grown to include close to 400 gardens, and attracts visitors from all over the country—as well as nearby suburban dwellers who can only plant what deer won’t eat. (Or at least it seems that way.)

Here’s what I most enjoy about taking part in the Walk: talking to visitors and finding out what impresses them, what doesn’t, where they’re from, how deep their gardening knowledge is, and what kind of gardening they do. 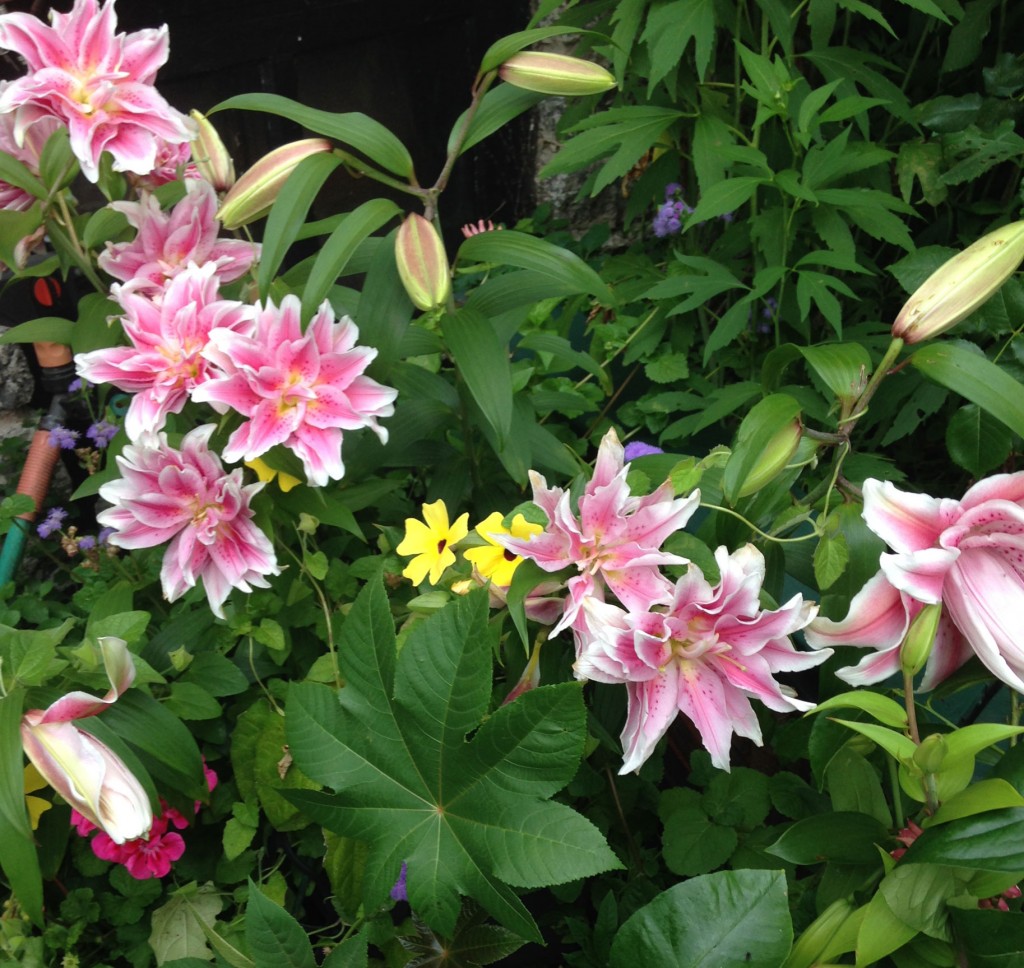 What impressed them
To a man and to a woman, the new double Oriental lilies were the plants of the weekend. Fluffy and fragrant, these beauties were all done by the time of last year’s Walk, but this year—after a vicious winter and nonexistent spring—everything is late. Almost every visitor made a beeline for them and many asked where they could be purchased.

Other comments were the same ones I get every year—who did the sculpture and the mural, how old is the house, how old is the tree, can the fish be kept in the pond all winter, and, always, “what’s that?” (The answers are almost always Lilium henryi, and Rudbeckia laciniata ‘Golden Glow.’) This year, because of the slow season, my hosta ventricosa (thanks for IDing these for me, Nancy Stedman) are still in bloom. Which brings me to my next touring topic: 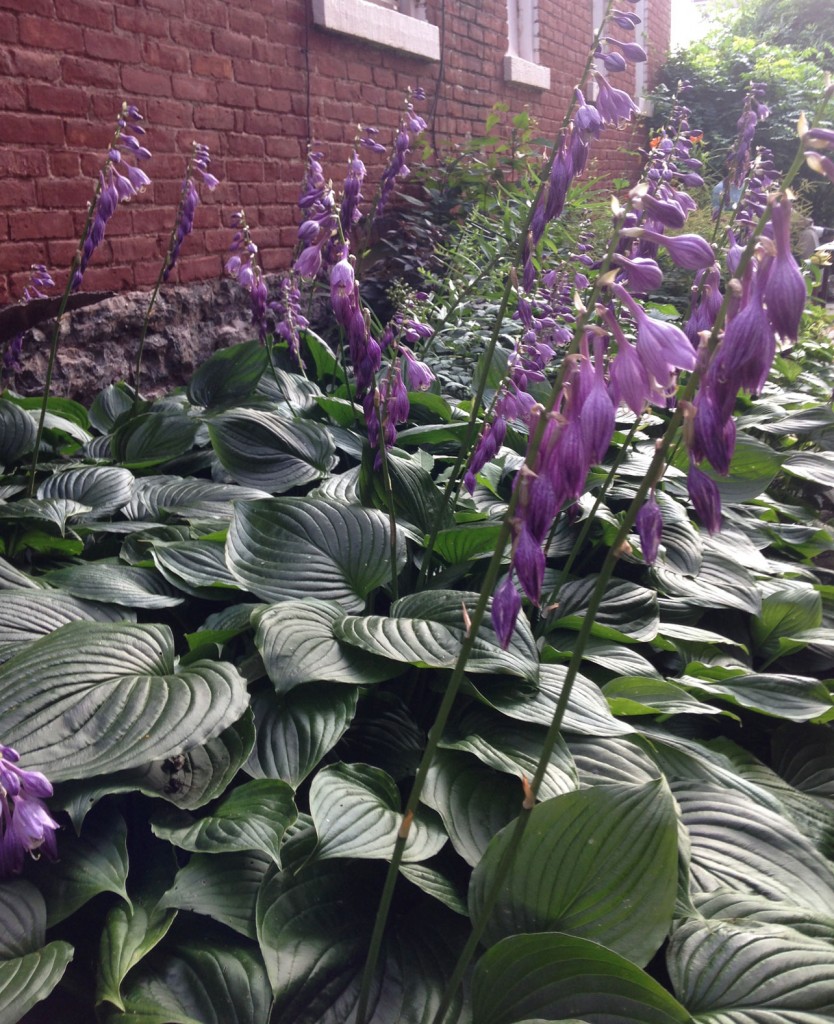 Constructive criticism
Many commented admiringly on the venticosa’s tall, deep purple blooms, and asked where they might buy it. (I doubt the plant is available in garden centers, but some really persistent online searching might find it.)  Members of the local hosta society also visited. They told me I had a diseased hosta, which I need to dig up immediately and discard—without planting another hosta in its place. This was good information. The society members then informed me that I had too many ventricosas planted and needed to switch it up a bit, adding different varieties.  This is also good information, if you’re a serious gardener, and prefer to hear real critiques rather than flattery all the time. However, other visitors overheard them and were—well, appalled. They congratulated me on my forbearance in not telling them to get lost.

This kind of thing reminds me of what we hear from Rant commenters quite often, when one of us has negative things to say about a certain plant, planting style, or any garden element. “Live and let live!” they cry. But you know, sometimes, criticism is called for. Not that I plan to rip out a clump of ventricosas right away. I’ll think it over, though.

Comic relief
And here’s my favorite story of the walk. It actually happened Thursday, during one of our Open Garden nights. There was a bus tour in my friend Bruce Adams’s garden, and one of the visitors backed up to get a shot of some plants. Well, she backed up too far in Bruce’s tiny space and went right into the pond—purse, phone, everything. It’s only about 3 feet deep. I don’t know what the fish thought, but apparently she was fine. That must have been something.